LETS GET IT LADS!

#my stuff, #wh40k, #warhammer 40k, #astartes project, #blow up my inbox when ya'll done cause i got THOUGHTS
16 notes · See All
epicladVideo

Poor psyker, his only crime being driven mad by the warp.

#this series is so damn good, #and its fucking fan made, #im surprised gw hasnt straight up hired this guy to help make a feature length film, #warhammer 40k, #astartes, #so much love went into making this
2 notes · See All
thefoilguyPhoto 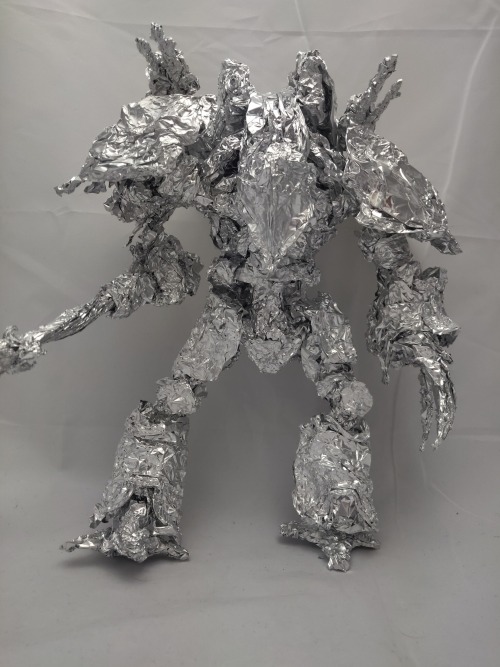 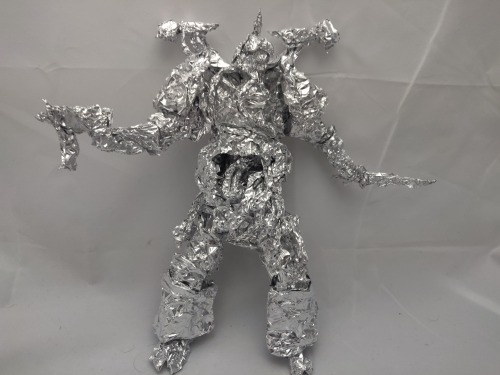 Whatever else happens, at least now you can say you saw the conclusion of Astartes.

#games workshop, #citadel miniatures, #warhammer 40k, #adeptus astartes, #space marines, #astartes
92 notes · See All
seyaryminamotoAnswer
Well originally I really loved to watch/listen to Azula videos with For the Love of a Daughter and Stand in the Rain, but these got blocked or even deleted. And the alternative already is from you. But what I also really like is to wonder how characters from a fantasy universe react to scifi. With Sokka and Azula you´d have two intelligent persons, but stuff they don´t really know. Like the Templin Insitute on Tyranids. Especially fun thanks to an in-universe response in the vid.

xD well, I actually know nothing of Warhammer 40K, there’s people who do in this fandom… but that’s surprisingly a good thing xD I was just watching the first video on the Tyranids that I saw, all along imagining what Sokka and Azula might react like…

“… it is an immense psychic beacon powered by the lifeforce of ten thousand psykers, callibrated and projected across the galaxy by the emperor himself”

Azula: “Take that back! He’s not that ugly!”

To just say one thing x’D

It’d definitely be funny to make reaction videos of the sort to this. Definitely not an idea that had crossed my mind, but the idea of these two being completely blown away by sci-fi would be fascinating. They’d definitely love sci-fi, sounds like the challenging worldbuilding sort of thing that they’d be totally fascinated by. I, personally, am not confident at all with sci-fi x’D need to read and play more sci-fi stuff to really feel like I know my way around it… but I have the feeling these two would thrive in it, big strategists as they are xD

Thanks for the idea! If it were ever possible, I’d give it a shot! (honestly, even just doing it as animation practice would be great XD)

#jaredstrout, #warhammer 40K, #this really would be funny though, #their minds blown so bad by sci-fi, #and then the rest of the cast have no idea what to do with them, #they spend every waking moment writing their own sci-fi stories, #and tearing down each other's worldbuilding when it's weak, #so that they can make serious legit masterpieces (?), #x'D I love it
7 notes · See All
eljackintonPhoto

Just a quick Escher ganger who doesn’t have a name yet. 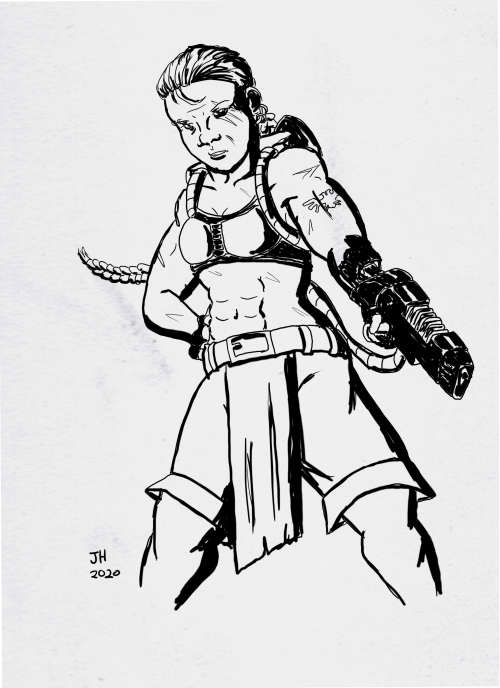 #necromunda, #house escher, #warhammer 40k, #my art
4 notes · See All
cursed-40k-thoughtsAnswer
Reports come in of the Tyrannic Screeching of Hive Fleet Behemoth having become similar to the frequency of a Drukhari rave. Reports are vague as to what transpired but a gibbering Astropath mentioned something about, "The 'former' Hive Fleet having enjoyed its meal, though it mentioned something tasting leathery and of glitter."

The assumption here would be that it’s because most Drukhari wear leather; this is a common mistake. In this particular instance, the leathery texture came not from the clothing of the consumed parties, but from a Haemonculus coven that was horrifically devoured. It turns out that the skin of Haemonculi has the same texture as sun-bleached running shoes. The more you know.

So Covid 19 is still doing the rounds so thought it would be as good a time as any to praise nurgle with another plague marine drawing. 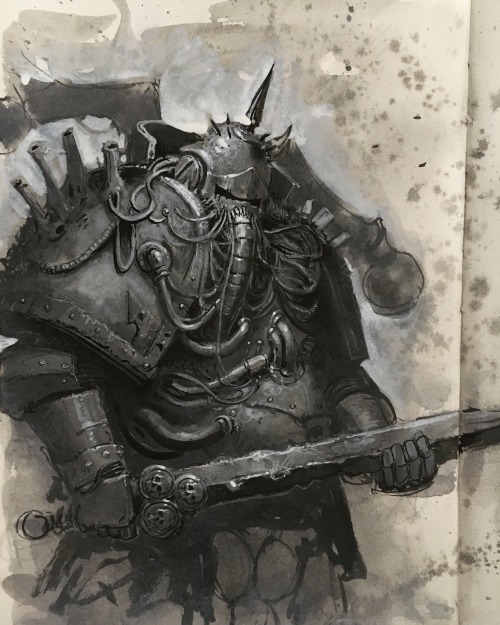 Thought of the Day:  Curse now the death in vain. 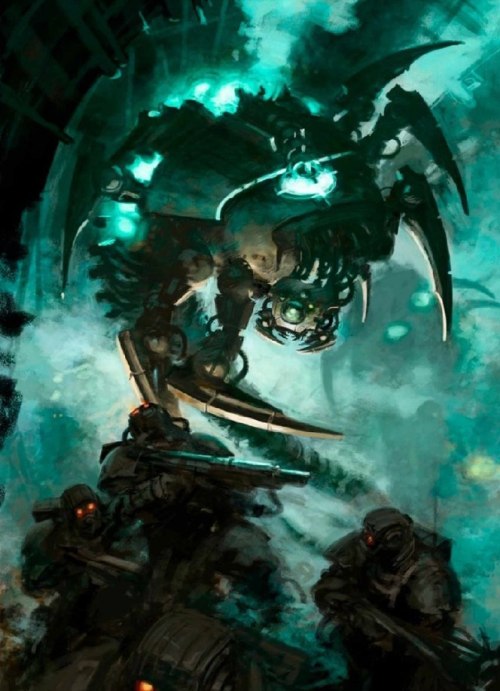 #Warhammer, #Warhammer 40K, #Necron, #Canoptek Wraith, #Tempestus Scions
58 notes · See All
cursed-40k-thoughtsAnswer
As of 8th edition (or even gathering storm I guess) ain't it cannon that Necron artifice has been the only thing keeping the Warp in check? Surprised they haven't got more attention since the great rift happened, the crons only seem to get attention where the mechanicus also shows up.

But you see, anon, if the Necrons get attention, what will be left for those poor, starved space marine fans and, by extent, the even more marginalised and starved Imperium fans?

#ask, #warhammer 40k, #Necrons, #Anonymous
23 notes · See All
cursed-40k-thoughtsAnswer
Is there any way you can expand on the "primarchs mom"? That's a fascinating concept that I've always thought actually had to exist. "Big E j-o'd into a tube and did some magic" never really worked for me.

I haven’t read the latest Siege of Terra novel, so I couldn’t tell you. I’ve always held that the Emperor did, indeed, nut into several tubes and the Primarchs grew like sea monkeys.

Sister of Silence by Veronica Anrathi 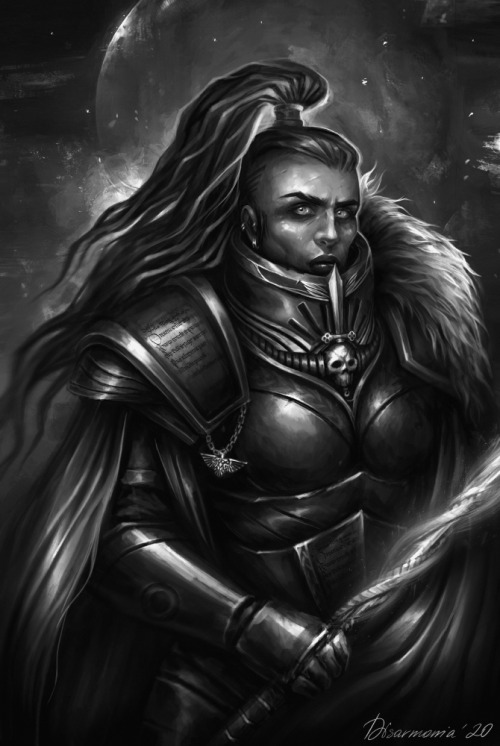 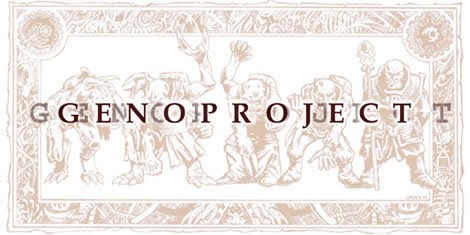 Doom Guy VS Space Marine. Who would Win? 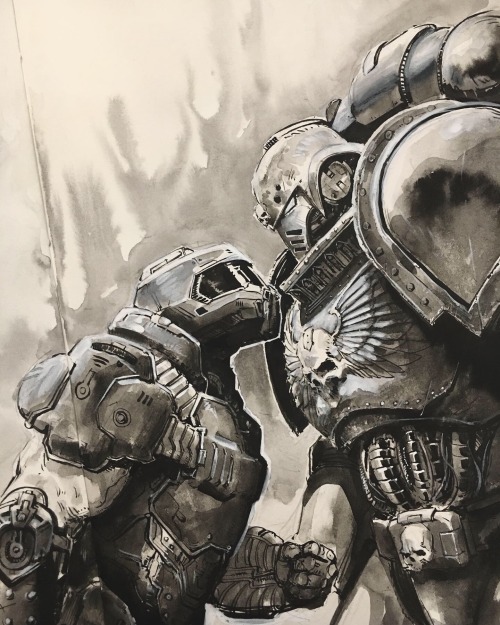 So it still happens to be April Fools still for me for a couple more hours. In honor of today, I bring to you a mockup of a faction I came up with! I hope you guys enjoy the rest of the day, remember to stay safe!

The Werekhan are cunning followers of Gorkamorka. They see the god as the two faces of their war doctrine, Mork being the stealthy hunter ready to pounce, and Gork being the invincible beast that lays within each of them. A nomadic peoples, the Fang Temples are roving caravans of Realmstone seekers, using the magically infused stones to aid them in war, to consume and offer tribute to their god.

Units you may see within this battletome are the Fang Champions, disciplined axe bearers who are covered in Ghyrtor shell armor, Pride Mothers, elderly shamans who have consumed so much realmstone in a life time that at a moments notice can unleashe a horrific transformation into a collosal beast, and Chak The Temple Master, a commander known for his mighty realmstone blade and fearless demeanor.