My favourite part about chilling out and finally watching Batman Ninja is the biggest gd twist about two thirds in. Like, the trailers played it so straight but then out of nowhere it’s like Netflix switched me over to Voltron and I just

#irl Cart#seriously i was digging the aesthetic of the whole show#but then out of fucking nowhere:#...I GUESS!#don’t get me wrong i’ve been laughing my ass of since it happened it’s great
1 notes
bakawitch
Text

Whenever he goes on a vacation Bakura post canon is forced to send post cards or these polaroid pictures to at least one person from the friendship group. Who ever makes him do this will recieve a picture and a kind message from him much like the above example.

Og artwork below the cut:

Hmmm restricting below 300 is lowkey not an option for me I’ve realized today! I get so much dopamine from food lmao,, today’s limit was 250 and man…… the amount of risky money decisions I’ve considered and even made in the past few hours. I care more about my financial security than an extra .2 pounds loss a day lmao

#HOWEVER ?? Did get a $25 miku figurine for $7 ?????#DONT DO THIS if you aren't used to signing up for free trial then cancelling it & tbh I haven't checked my bank account yet so who knows#but I signed up for the free trial of their rewards program and got the chcinese noodle stopper one for $7#(+ $11 shipping but that's a given I guess)#.txt
0 notes
jellyjay
Text

Rayla scowls at the email from the courier with perhaps a bit more menace than should be appropriate, but decent pointe shoes cost an arm and a leg these days, and finding out that hers have been delivered to the wrong address isn’t helping. Her current shoes don’t have the support anymore, and she’s left rehearsal almost unable to walk one too many times. The idea that she’d have to go again tonight in her old pair isn’t appealing in the least.

She’s halfway through an angry email about it when the doorbell rings.

It’s four in the afternoon. She’d spent most of her work day chasing up after this BS in between making coffee and deciphering Nyx’s terrible handwriting, and she’d hoped for a cup of tea in silence, at least, before she had to trek out to the studio for another of Runaan’s (rather too aggressive) rehearsals but the world seems to hate her today, and she snarls and climbs out of the kitchen stool. It’s probably the landlord, she thinks. It wouldn’t be the first time someone’s complained about the (apparently too loud) classical music spilling from her window (which is the dumbest complaint she’s ever heard, frankly—she needs to get to know her music and it’s not like she’s playing shitty punk rock at nine in the evening like other people in this apartment building), and she steels herself procrastinates her way across the hall—

But it’s not the landlord who’s come to call, and the man in the doorway grins sheepishly at her as he holds up a package.

“Uh—hey!” he greets, awkward, earnest, and much friendlier than average occupant of this building. He shakes his hair out of his eyes—bright and green and honest—and clears his throat. “Sorry to bother you. Is there a Rayla who lives here?”

Rayla stares at him. “That would be me,” she says stupidly. She eyes the package in his hand.

“I think this was delivered to the wrong place,” he says, holding it out to her. “I’m definitely no ballet dancer.”

Rayla wrinkles her nose. “What, did you snoop through it or something?”

“What? No!” The man stares at his shoes, cheeks tinged pink. “I just—uh—I recognise the company that makes them. My—uh—my brother buys his character shoes from them.” He pauses uncomfortably and fiddles with his fingers. “Sorry,” he adds hastily. “I didn’t mean to make it sound weird. I just… the posties make mistakes and this neighbourhood isn’t great so…”

In spite of herself, Rayla breathes a chuckle. Her mood lifts, just a little, and she offers the gentleman in her doorway a grateful smile as she takes the package. “Sorry,” she murmurs. “It’s been a long day.”

“I get that,” he says, lips twitching. “Glad I could get your new shoes to you though.”

“Yeah. That’s… Thanks.” Rayla’s smile widens into something a little more genuine. “I really appreciate it.”

“No problem,” says the man. “I'll—uh—go now, I guess? It was nice meeting you.” And he waves, and steps back, and Rayla wonders if maybe she’s been a bit too grumpy to him—he certainly didn’t have to go to the trouble of making sure she got her package, and honestly, most people wouldn’t have—

She clears her throat. “I didn’t get your name,” she says before she has the chance to think about it.

And Rayla grins at him and taps her fingers against the plastic packaging of her parcel. “Nice to meet you, Callum.”

He chuckles. “I’ll see you around?”

And maybe it’s just been a while since Rayla’s met someone worth ‘seeing around’, but she nods and leans against the doorway. “Yeah,” she says. “You will.”

The fact my gif set of Yang in the vault with Raven is getting attention a day after I got into it with my mom and she tried to use my feelings about my birth mom against me sure is a something.

If I were Bella I would simply forget Edward existed after a few weeks of not seeing or hearing from him. It wouldn’t be intentional I just have a really bad memory

It’s been a while since I’ve properly Dove posted. I still love Dove, I will be making more Dove edits soon. For now, I leave you with her.

It’s really annoying when a teach says, “This sentence is a bit awkward.”

Ma’am…. ma’am that tells me nothing. How am I supposed to adjust it? Give it social skills? Confidence? What??

to be very honest with all lovers tropes, being in love with your best friend is very much a bummer when it’s unrequited

#it just is alright#like yeah i love him as my best friend yada yada but i still long for something else and i'm not gonna get that but i also can't let go#sometimes it's consuming you know? i know i should let go but it's just as wild fire it's hasn't been on my hands ever since i let out#and i was getting over it i was moving one but i guess that the reason why i'm back at feeling so much of it is bc he makes me feel safe#and i need safety right now#just like the bad dream i had somedays ago#he is my childhood best friend if there a thing that I've felt beside him was safe safe to be myself safe to be around safe to breath#and now i don't feel safe in any of those things i'm paranoid i go to walk my dog and i think every man is looking at me#i go to the groceries and i get anxious when a man is getting close bc he might touch me i don't like listening to men's voices#and i see him everywhere i go every where and it's exhausting so exhausting bc he is not here and i know that but i still see him#when a guy' approaching me on the street even if i'm inside my car and they're on a bike if they look a tiny bit like him i've to look away#and i can't hear the ocean anymore and for some reason youtube decided that a surfer's ad is the only one my account needs#and every time an ad comes i know it's going to be it and feel on the verge of anxiety of breaking down into tiny pieces that can't be glued#but henrique makes me feel like the ocean like the girl that loved the ocean and wanted to learn how to surf so bad and it's safe around men#like i was in a really bad place three days ago really bad and the only thing that brought me back was him saying absurds about spiderman#bc he is a dork and he is tall and broad and he loves spiderman and he is safe he makes me feel safe and i can't push that back not rn#so yeah childhood best friends to lovers sounds amazing but i'm not good enough to have that and that is a fucking bummer#a little bit of a rant guys lmao#i keep pouring things out on yall sorry about that#dave love confesses at midnight#deaif
1 notes
sangyeon
Answer

#im guessing the deobis making the jokes were also on twt bc i hadnt seen them and i was. confused#How Dare U Make A Radioactive Dick Joke About My Radioactive Dick Boy#kingdoms gonna b great :)
0 notes
heitkrbk
Text

[ID: A stick figure with a neutral face, holding a phone with a picture of Richard D Wolff. The caption reads, “Me when I’m cleaning the sticky, month old icee residue from my white desk while listening to ‘Understanding Marxism: Q&A with Richard D. Wolff [June 2019]’”. /End ID]

#welcome to my. to my#I got the icee residue off really good like you can’t even see it anymore#it was the cherry flavor I think I dunno#unsanitary#I guess lol
0 notes
nocoffeeforoldmen
Text

was no one going to tell me that jon matteson is growing a beard? because this kicked him further into the very specific type I have of soft featured bug eyed men preferably with facial hair.

AND I HAD TO FIND OUT BY ACCIDENT.

“What did you say happened?“

Bone-ward Bound - Chapter 11 - CompletelyBoned - Undertale (Video Game) [Archive of Our Own]
An Archive of Our Own, a project of the Organization for Transformative Works
archiveofourown.org
#it took twenty years- but I did it#don’t worry!!#the next chapter will also be updated soon since I still have like...#five other plot points to get to 💀#hope y’all like it because I’m having doubts 🧍🏻‍♀️#not at all my normal tone for a story but... I guess we’ll see 💀#undertale#sans#papyrus#underswap#underfell#horrortale#swapfell#boneward bound#bwb
9 notes
garbagequeer
Photo 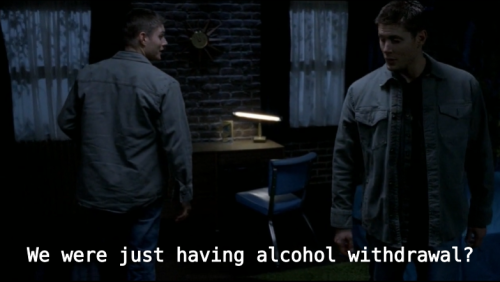 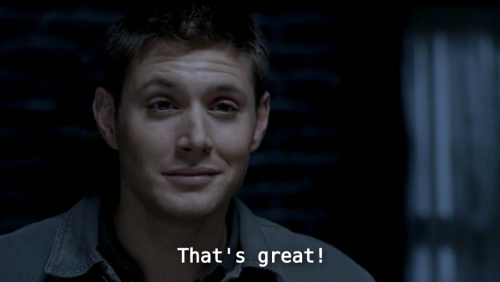 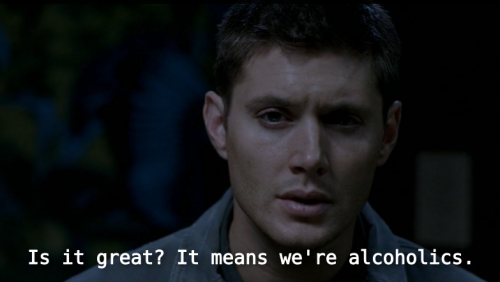 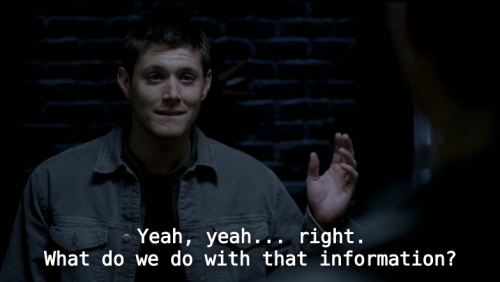 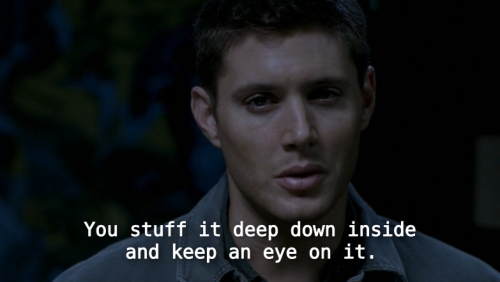 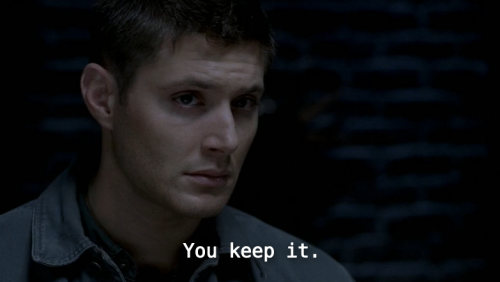 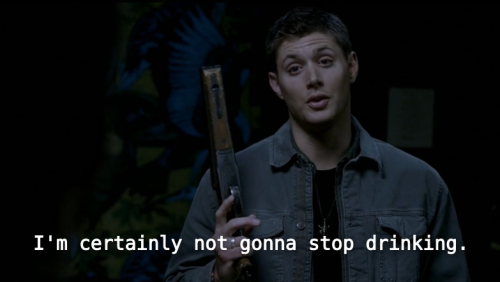