today might be THE DAY i go clinically insane

#ignore me, #school is kicking my ass, #i hate college, #i hate my brain, #i just wanna be a rock, #in some pond, #i hate this, #sooo much!!!!
0 notes · See All
notsonoticeableText

(Please don’t reblog. Just wanted to ramble) And my final class of my first week is done! I am feeling positive about actually having work to do again though I am feeling anxious about having to write to certain standard again. That’s the thing that I haven’t enjoyed about a degree in writing. That writing now can give me anxiety. Writing used to be my escape but there are times now when I just don’t want to pick up my laptop because I have put such pressure on myself to get things right and to write well. I knew what I was getting myself in for, but I guess i had just never put pressure on myself with my writing before. And it has been hard to adjust to the idea that the thing that was my escape is now something I’m almost trying to escape from on days when I just can’t write. But my lecturer quoted someone the other day saying that the best way to improve and succeed is to lose the fear of failure. And this is something I’ve spoken about in therapy. This intense fear I have of failing. No one is putting pressure on me to do well other than myself. I don’t want to overload myself with the intense stress and anxiety I have previously when it comes to my writing. I’ve learnt over the last few months that all I can do is try my best. Try the best you can for the situation you’re in. And that’s what I’m going to do. I’m still learning. Perfect doesn’t exist. We’re all just learning and improving and yeah. I don’t really know where I was going with all of but I just want to be feel better about things and not put myself under the intense and unnecessary pressure and stress I have done in the past and rambling here is how I deal with things

#j rambles, #ignore me, #tma, #not a spoiler really i just saw a post that reminded me of this theory i had a few months ago
14 notes · See All
gayforthroppText

I forgot I paid for the rusty quill patreon for a month and could potentially listen to the episode already, on the other hand I know I want to immediately scour through the tag and scream with others so I guess I rather wait

it truly is astounding how much people can change in the gap of a few years- in my early 20s i was completely convinced that i wanted to be a mom one day and worked my ass off with that singular goal in mind, but now that i’m older and wiser i am 300% positive that somebody as deeply fked up as myself is the last person that should be raising a child

#ignore me, #rippy rambles, #sometimes the best way to fix a cycle of toxicity is just break it, #i'll just get a hibiscus plant instead
0 notes · See All
pavlikovskiyText

you know what fucking sucks? you can love someone with everything, and communicate maturely, and enjoy the grown-up parts of life like folding laundry and unloading the dishwasher with them, and things still don’t work out. that fucking sucks.

#ignore me, #ive used this blog to overshare for like 8 yrs and im not stopping now
0 notes · See All
diego-klausText

I have four kinktober stories already finished and queued up… ONLY FOUR AND ITS ALREADY OCTOBER. I have the next four written but only halfway done and not edited at all, because I stop halfway through and start with the next day and never go back to finish the previous one… not to mention I have a fuck ton left to write. 😭😭😭😭😭😭

Sorry for the breakdown, I’m going to sleep now and tomorrow… technically today the first story will be posted!!!

#ignore me, #my writing workshop is stressing me out
0 notes · See All
frick-it-all-to-heccText

Me, sad and exhausted, getting my feelings hurt over NOTHING

#ignore me
0 notes · See All
xxlelaxxText

#ignore me
1 notes · See All
uralizardText

I’m tired, I’m gay and I’m 🤏 this close to straight up writing a kin list

Frog, get out of my bathroom I swearrr

#WHAT ARE YOU DOING HERE FROG, #ARE YOU THE SAME FROG FROM THE KITCHEN LAST WEEK, #ignore me, #i guess the linen closet is his territory now
1 notes · See All
griffinb83Text

I can’t keep holding my pieces together.

I want it all to stop.

#ignore me, #I just need sleep
1 notes · See All
skygemspeaksText

and can you imagine everyone’s hanging out one day, right? and chopper or whoever asks luffy, “by the way, how long have you and zoro known each other?”

but luffy just turns to nami and asks “nami, how long have we known each other?”

and nami’s confused, but says “about seven months”

#ignore me, #one piece
123 notes · See All
yaushieText

my islander goal list consists of olivia or elise, lucky, bettina, and ursala or charlise

#this is more for me than anything else, #once the amibibiboo cards are back in stores i might just buy some of them for convenience..., #ignore me, #delete later, #anyway these are looonng term i dont expect to get any of them soon
10 notes · See All
skygemspeaksText

every day i wake up and ask “are my xkit extensions finally working again?” and every day the answer is “no” and i die a little more inside. i just want to be able to stalk the tags for my au and headcanon posts, is that too much to ask? i want to know what people are saying about posts smh

#ignore me
15 notes · See All
skygemspeaksPhoto 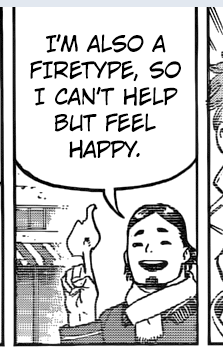