There’s an online debate tournament being hosted through discord. If anyone is interested in joining, click the link to join the discord. Signup links are pinned under the postings and announcements tab.

This post was made by the west coast parliamentary gang

What if we wore a face mask 😷 into a debate round about the corona virus? Haha jk…

A wise woman Greta Thunberg once said, “save yo money, save the planet. Only bad b****es invest in solar tax credits.” 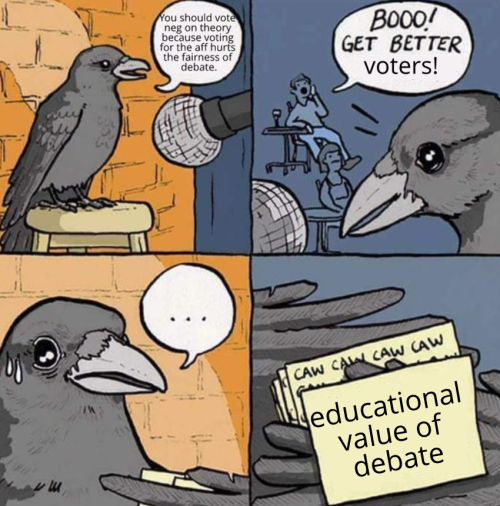 A bunch of debaters are playing super smash bros ultimate and someone called it the nerdiest gathering ever.

“The other team may have been spewing obvious falsehoods and lies, but that’s none of my business.”

The 18th Congress comes later this month. I’m quite hopeful Constitutional Reforms should be able to pass this time. We need this reforms to abolished the old and proven corrupt 1987 Constitution.

Replacing presidential with a parliamentary system means a system which allows and produce only quality and competitive leaders. A system which promotes a truer check and balance, cheaper election and free from the sick personality politics.

Lifting and removing the Foreign Direct Investment Restriction embedded in our current Constitution means foreign companies who never considered the Philippines would now do so. Million of jobs for Filipinos and an end to the long standing monopoly companies.

Shifting from a Manila only centered unitary system to Federalism would not only help decongest congested Manila but is fundamental in a more plural and equally represented administrative system.