Writer and artist. My writings on AO3. All artwork's under #my artwork tag. Bingo fill master post. My current obsession is Stephen Strange (and the rest of the MCU by osmosis). Tolkien/LOTR will forever and always be one of my fandoms. This blog has both my writing and art, and tries to reblog mostly funny, interesting, and positive things. Please don't repost my art on other sites.

We looked inside some of the posts by aelaer and here's what we found interesting.

Good news. I finished chapter one of the still untitled fourth fic in the Earth-197320 series. It still needs to be betaed before I can call it fully finished (if the individual who betaed the other two is available) but I’m still pleased it happened.

The fic is still nowhere near finished - Chapter 2 is only 400 words right now, three and four are still mostly disjointed scenes, and 5 and 6 don’t exist in anything but an outline - but I’m glad some inspiration came to me.

Still alive. Just needed a break from people I guess?

Wow, I did not see that coming.

Sure didn’t expect that

For anyone out there who might be worried about commenting the same thing as someone else on a chapter, I once got 6 comments on a chapter and all 6 of them referenced the same line. It just so happened that it was also my favourite line, and knowing that other people loved it too just made my whole damn day.

As a reader, I very rarely read the other comments on a fic/chapter before writing my own. That way it’s actually fun to read the others afterwards and go “oh wow a LOT of people liked the same bit!”, instead of feeling like “oh no what if I’m just copying what other people said…”

And as an author, I love finding out that something in particular stuck out for multiple people because either -yesss I had the effect with it I wanted to!- or -heehee that was my favourite line tooo and I’m so proud of it!- or even -oh damn I didn’t expect that to be so special, cool!-

I had three separate people pull out the same quote from my latest fic, and I was exceedingly smug about it, bc it was one of my favourite bits too.

I’ve had people commenting on a line in a fic of mine for several years now as it’s hands down their absolute favorite in that whole thing. Years of this, y’all. For a 4 word sentence. And it doesn’t get old for me, for any of us, I promise you. It thrills us to no end. Y’all can spam us about those ‘damn dinosaurs’ all you like and we will love you for it. We probably laughed our asses off writing the line that made you laugh yours off. It’s a shared emotion between us and you. That pride, that awe, that amusement or sorrow. Knowing that you felt the same thing as us when we wrote it has a significant effect on us.

It’s time to activate it…

Bites The Dust!
now this entire post will be reversed!

Am I having a fucking stroke

what the fuck was that 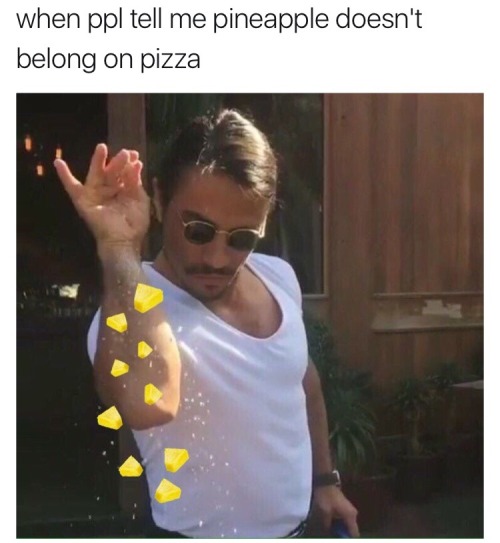 Lexie’s Follower Celebration: @groovyenby requested Tony Stark cuddled on a couch and wrapped in a comfy blanket while drinking hot coco being happy. I haven’t watched most of the MCU, but there’s a kid that belongs to Tony, right? 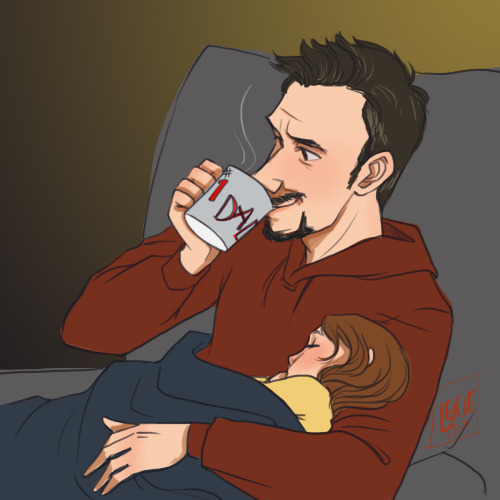 I feel like fandom generations are both very specific and easily conflated. Like,, you either live through so many they blur together into one hellish mess or you join in on one generation and remain blissfully unaware of the previous ones

“I was there Gandalf”

Archive of Our Saviours

#i was there Gandalf forward, #more into ff.net phase, #i miss some of those days, #fanfic
29K notes · See All
aelaer·a month agoText

I should do something about this slump and reply to all the fanfic stuff and write and get my muses going.

If anyone figures out how to jumpstart that feature of the brain, hit me up.

#writing, #fanfic, #ugh i hate that i have no creative energy, #for even replying to people!, #I'm an extrovert I'm supposed to like replying!, #and i usually do, #where's my energy, #give me energy, #or ideas to get energy
7 notes · See All
aelaer·a month agoVideo

there’s a large grey area between “this creator is a misogynist/homophobe/racist” and “this creator did not fully think through the implications of some of their writing choices” and it would be nice if people would stop to assess where in the scale between those two cases their criticism applies, instead of going for a hard zero on the first option all the time

#truth, #people need to give people the benefit of the doubt
53K notes · See All
aelaer·a month agoText

Just sharing some still images and planning stages for my up and coming “Fanimation.” ❤️🎈❤️ 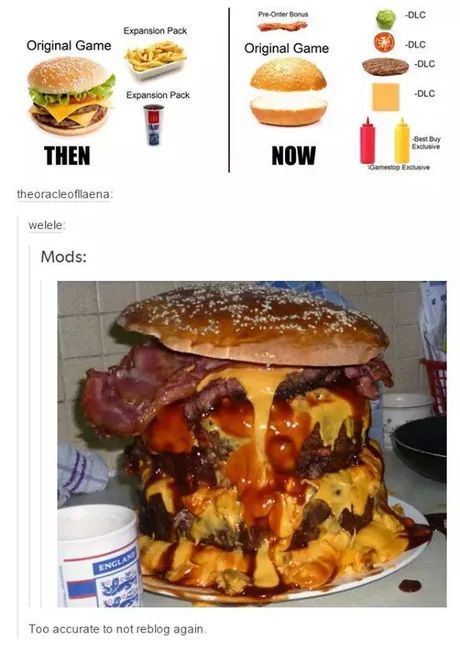 Still alive! Will get to people/replies soon ™. Have had little motivation for social interaction, work takes it out of me.

(Going to try and donate blood today. Apparently badly needed atm. Gonna also see if they’ll test my blood for antibodies because I want to know if that horrible flu I had in early Feb after walking through the airport Wasn’t A Flu).

Frodo: Do you ever walk into a room and immediately forget why you went there in the first place?

Sam: Mister Frodo please throw the Ring into the fire

Morgan says her first word on a day when Rhodey’s visiting.

It’s a nice day. The sun’s shining bright overhead and the lake next to the house looks warm and inviting. He and Tony are sitting out on the porch, catching up over cups of Tony’s homemade cold brew and smoothies DUM-E made from a recipe FRIDAY found for him on Pinterest.

Rhodey has Morgan perched on his lap, gently bouncing her up and down as Tony asks him how his mama is doing, suggesting they go on a road trip to go visit her in Philly so she can finally meet Morgan. They’re just a few weeks out from Morgan’s first birthday, and it’s high time her honorary grandmother gets to see her in person instead of just over video chat.

Just as Rhodey’s leaning over to place his glass back on the table, he catches a whiff of something in the air. He wrinkles his nose a bit, sniffing a couple more times to figure out what it is he’s smelling.

“Yeesh, okay,” Tony says, with a slight grimace that does nothing to cover up the smile that’s threatening to break out across his face. “Time for her diaper change.”

“Oh damn, is that what that stench is?”

Rhodey turns Morgan around so that she’s facing him. Holding her up so only her tiny feet are resting on his knees, he can’t help but engage his goddaughter in some baby talk.

“You a smelly girl, Morgan? Like your dada, huh? Little Miss Stank, that’s what you are.”

The giggles bursting out of Morgan lights up his entire world, and he keeps it up as he gets out of his seat to bring her inside to get changed, Tony following right behind him.

“Alright, Princess Stank, let’s get you into some clean diapers, yeah? You’d like that? Don’t wanna be stinky like your old man Mr. Stank, am I right?”

Morgan’s giggles get even louder, and right as Rhodey’s about to launch into some more baby talk, he hears her say her first word.

He and Tony pause in the middle of the living room, staring at each other for a second before turning back to Morgan.

“What did you say, honey?” Tony asks, reaching out to pick up Morgan from Rhodey’s arms. “Can you repeat that for me?”

“S-s-stank!” Morgan almost yells, then falls into more peals of laughter. In between giggles, she keeps saying it. “Stank! Stank!”

Next to Tony, Rhodey bursts out laughing, hands on his knees as he tries to contain himself. “Her first word is stank,” he chokes out. “Morgan Stank.”

“Yeah, yeah, yeah, laugh it up,” Tony says, obviously a little put out but still amused if the uptick of his mouth is anything to go by. “My kid’s first word, literally born from shits and giggles. Thanks, platypus.”

“Shits… and giggles,” Rhodey wheezes. He stands up straight and wipes the tears away, and gently brushes Morgan’s hair back. “God, that’s too fucking funny. Shits and giggles. Good job, Princess Stank.”

“S..it?” the baby questions, eyes wide and boring into Rhodey’s own. “Stank.”

He looks back up at his best friend. “I think your baby just tried to say ‘shit.’”

“Yeah I think it’s time we stopped talking and just get her changed before Pepper comes back and murders us both.”

They make their way to Morgan’s changing table and get her cleaned up. All the while, they can’t stop randomly laughing at what just happened.

Honestly, Rhodey can’t help but be proud that of all the words the genius baby could have gone with for her first attempt at speaking, she chose his. Stank.

One of the many things that Endgame ripped from us is Stephen meeting Steve and Natasha and Nat and Steve just being like “Stephen Strange???? Like the one that Hydra wanted dead????” And Stephen just sitting there like “?????!!!?!?!!?!?!?!?”

#ugh this would have been awesome, #stephen strange, #steve rogers, #natasha romanoff, #mcu
392 notes · See All
Next Page