We looked inside some of the posts by pothead-on-the-run and here's what we found interesting.

me: maybe I should get to those asks and maybe update my rules…

also me: or you could play among us and eat soup until it’s dark out.

me: yeah I guess.

#procrastination, #I promise I'll get to it soon, #y'all have been so sweet, #((insert pleading face emoji and pointing fingers))
2 notes · See All
pothead-on-the-run·a month agoAnswer

I can do some, but nothing too intense. So nothing like non-consensual or super kinky or anything. But yeah, I’ll do most of the lighter stuff. Thanks for asking!

My personal journey with my gender identity has been a pretty challenging one. It has been almost two years of me questioning and jumping from identity to identity. Although I know that that is normal, I still can’t help but often feel like a cis person that’s just faking it all for attention, as if I have some sort of minority complex.

You have previously known me as a trans male, but I want to take that label back. I don’t know what I am. Maybe I really am a trans guy. I have no idea right now. Therefore, I’m going to not put a label like that on myself for a while. My pronouns will be they/them. I plan on just taking some time, do some soul searching maybe. Forget labels and constructs, and find who I am as a person.

I wanted to put this here to get it off my chest. It’s all been so confusing and chaotic, and I really just needed to write it down and get my thoughts straight. I also wanted to post this just in case one of the two people who might see this needed to hear it. That it’s normal to be confused and to feel fake because of it. You aren’t fake. You are going through a process of finding yourself. And everybody’s process is different. You are not alone.

please look at our clown son and his grody trucker friend

omg you got me cackling over here with 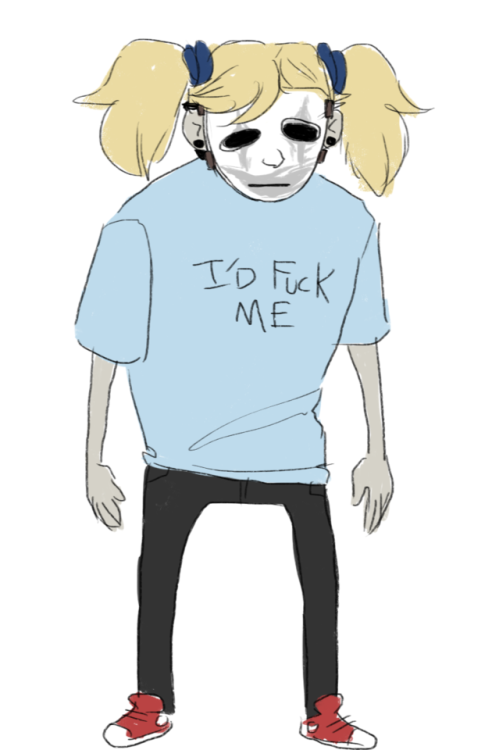 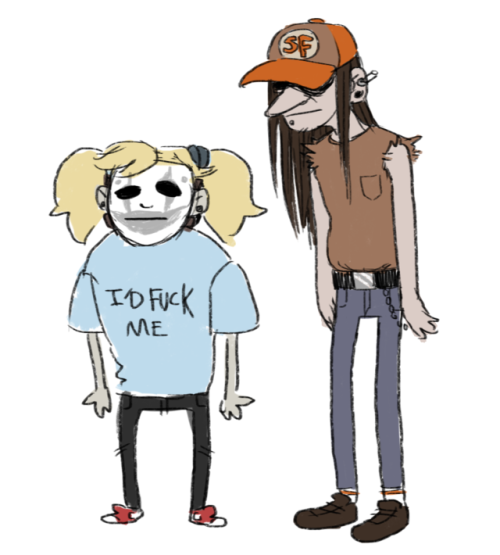 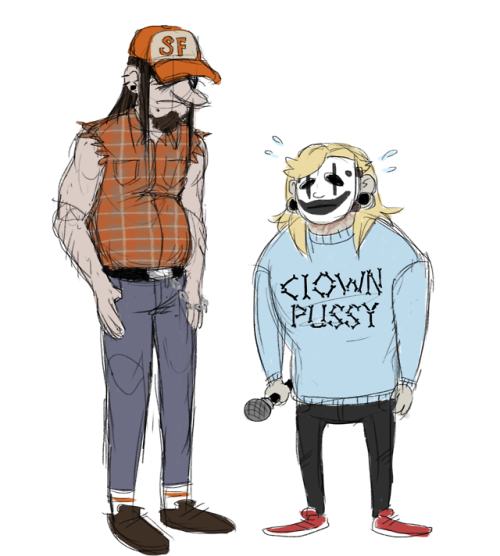 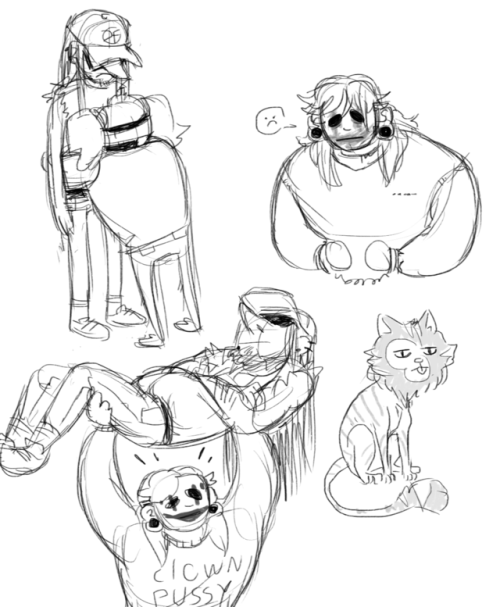 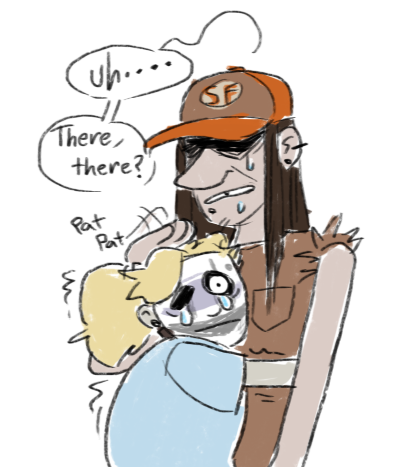 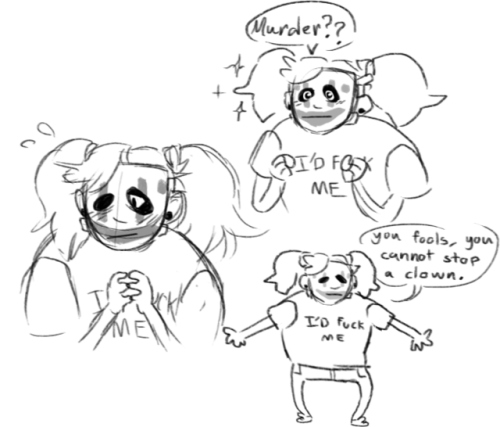 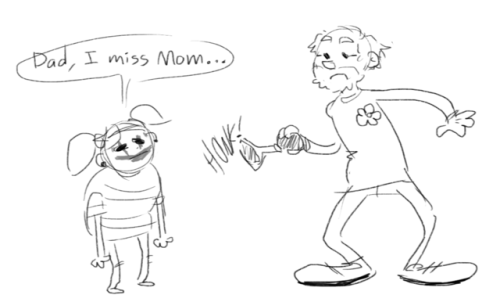 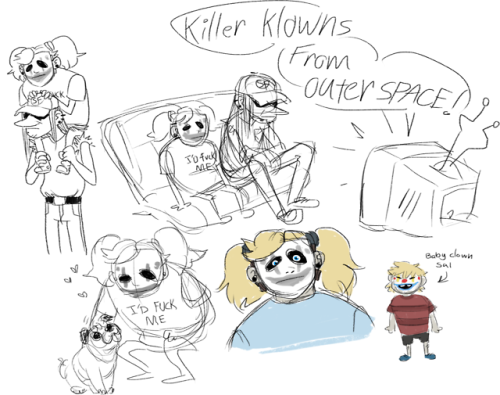 #honk, #sally face, #sally face au, #i love this so much lmao, #ok but seriously i'd fuck trucker larry, #not to make this weird or anything
791 notes · See All
pothead-on-the-run·2 months agoText

tumblr is taking a shit on me

[Video description: a man holding a small chocolate box is wearing a orange plaid shirt, he is mostly bald but has a beard and small amount of hair on his head. The man also has tattoos on his arms.

Man: you know, momma always said having kids was like a box of chocolates

You never know what your gonna get

Man: thats a good one!

(pulls out note with bisexual written on it)

(pulls out another note with asexual on it)

Man: thats a good one!

(pulls out card with gender fluid on it)

(pulls out card with non binary on it)

(pulls out card with trans gender on it)

(pulls out card with straight on it)

Man: thats a good one

(pulls out card with gay on it)

(pulls out card with lesbian on it)

There isn’t anything in this box that i dont like!

Can u do h.c's of The gang with a frend who is the type of person that isnt afrade to call a policeman a corrupt basterd to Thayre face but will have a breakdown after running over a stray cat.

sorry for the short answer but, they honestly just think you’re normal. Everybody agrees cats > cops.

You and Larry went to the dance with rest of your friends as a group. You weren’t really expecting him to ask you out, but it was a pleasant surprise. You had asked Travis if he wanted to come with the group, but it didn’t seem like he was planning on going.

Sal had said to you and Larry that he might ask out Ash, but it didn’t seem like he ever got around to it.

You were having a pretty good time, and kind of ended up dancing with Ash more than you did with Larry.

After a while of vibing, you went over to get drinks for Ash and yourself. While over there, you saw Travis.

He had no idea why he went to that stupid dance. He knew that he was just going to get upset. But for some reason he went anyways. Y/N looked wonderful, and it was killing him. He was just about to leave, when he heard a familiar voice say his name.

“Travis, I thought you weren’t coming?” Y/N said, with their lovely voice and charming smile.

“Well, I wasn’t really planning on it. I’m not entirely sure why I came actually… I guess it’s just not my scene.” Travis said, trying his best to smile.

“Well, I’m glad you came! You should come and hang out with me an-”

“Oh, ok. I’ll see you later then.” Y/N said with a smile before they returned back to their group of friends.

Travis watched them walk off with a sigh. Then he turned around and walked home.

You returned to partying with your friends, but your encounter with Travis stayed in the back of your mind. Something seemed off.

fun fact i have heterochromia but not in the david bowie way, my eyes are split diagonally between blue and green haha

//lets be gay together//

“Good luck with that one.” Ash said with a smile as you were leaving Science.

“Yeah. You’re so lucky you got Maple.” You replied.

“Y/N.” Travis called from behind you.

“I just want to get this over with, and I’m sure you do too. So, I’ll meet you at your house afterschool?” Travis said.

“Um, yeah. Sure.” You replied. You were a bit surprised about how civil he was being. Maybe you made him think about his actions or something? Hopefully.

“That was weird.” Ash said.

“Yeah,” You said. “I thought he was gonna make me do the whole thing by myself.”

You walked into your apartment, Travis following behind you. You told your mom that you were home and then got to work on the project.

“So what if we just do something simple? Like, a diagram of a plant cell or something.” You suggested.

“Well, I’m sorry.” You said, making it obvious that you weren’t sorry.

Travis sighed and said, “Look, this isn’t going to work out if we don’t clear the air or whatever. You were right, and I’m sorry that I was such a dick to you and Sal, and Larry, and Ash, and Maple…”

“And Todd, and Neil, and Chug, and literally everybody else.” You continued.

“Yeah. The point is, I’m really sorry and from now on I’m going to not be such a terrible person.”

There was a short pause, and then Travis said “Maybe the diagram thing will work.”

Sal and Larry were walking home together, and Larry saw you and Travis hanging out at the park.

“What?” Sal asked. Then he saw what Larry was talking about and said “Oh.”

There was a small pause.

Sal said, “Well, I don’t see a problem with it. Travis isn’t being mean anymore, so that’s cool. And Y/N seems happy. So I think it’s alright.”

“I guess, but, have they forgotten what happened literally a week ago?” Larry replied.

“Probably not, but it seems that they talked about it or something. I think you’re just overreacting, Larry.”

Travis wondered if he should ask out Y/N. They’d probably say no, but it might be worth a shot. He decided that he would ask them out the next day.

– yet another time skip –

Travis saw Y/N at their locker. “It’s now or never.” he told himself. He started walking towards them, but somebody cut in front of him. It wasn’t just anybody- it was fucking Johnson!

There he goes again, getting in the way. Travis thought to himself. He was annoyed, but willing to wait there until he was gone. But then he heard Larry say something…

“Want to go to the dance with me?”

Travis looked over at them. He felt a pang in his chest, which intensified when he saw Y/N smile and say “Yeah, sure.” or something to the like of it. He wasn’t paying that much attention. But all he knew was that they said yes.

It was a few weeks after you moved in, and you had by now gotten pretty used to everything. You had met Todd and Ash, and you walked to and from school with Sal and Larry every day. Another person you had met, was Travis Phelps. The school bully. Although he was constantly targeting you and your friends, you couldn’t help but feel kind of bad for him. It was obvious that he had some shit going on at home. If only he had a better way of dealing with it.

One such instance of Travis being kind of a dick was on a chilly October morning, when Sal, Larry, and you were walking to school.

You guys were just talking and stuff, when suddenly you hear somebody yell from behind you. You all looked back, and were not surprised to see Travis.

“Hey f*ggots,” Travis said to them with a mischievous grin.

“What do you want, Travis?” Sal asked.

“Oh, nothing. Just checking out the freak show.”

“It’s too early in the morning for this shit.” You said as you continued to walk.

“Not so fast,” Travis sneered as he yanked the back of your shirt, causing you too fall to the ground.

“Dude, what the fuck?” Larry yelled at Travis as Sal helped you up.

Travis seemed taken aback by Larry’s increase in volume, but only for a second.

“I’m just doing what’s bound to happen eventually. With their crack addict of a mother, who knows?”

That was it for you. You yelled at Travis, “You don’t know a single fucking thing about my mom, or the rest of my family for that matter! See, you think you know everything, but you don’t even have a clue. Travis, you are such a shitty person to everybody! Here’s an idea, maybe take that stick out of your FUCKING ASS and make some friends for once!”

Travis was stunned, but quickly walked away.

You weren’t really that fine. You were fucking pissed. You were pissed that he threw you to the ground, but that’s not what made you go off on him. It was when he brought in the part about your mom. Your mom did do drugs, but not crack. And she would never be physically abusive, even when she’s shit-faced.

You were not looking forward to Science. That was the one class that you had with Travis. You felt a little bad about telling him off earlier, but he did kind of deserve it.

You sat down in your seat right before the second bell rang. Your teacher started talking about a project and how you would need partners. You looked over at Ash, and she looked at you. But then your teacher said “And now, thanks to Ash and Y/N, I will be assigning partners.” Everybody groaned. Your teacher was always doing petty stuff like that.

Your teacher began assigning partners, but when he said “Travis and Y/N.” your heart sank. Travis glared at you from across the room, and you sighed. “This is going to be a long couple of weeks…” You muttered to yourself.