“My Wife Said So”

Fluttershy: why did you fight the manticore?

Rainbow Dash: Applejack called me ‘partner’ so i woulda said yes to anything.

Twilight: why did you launch urself at a building?

Rainbow Dash: Applejack asked me for a favor and that was the most impressive way i could think of doing it.

Applejack: why did you wanna fly into a pile of rocks?

Rainbow Dash: You can only have one creature serve you forever, and that pony is me.

Twilight: why are you in the castle of the two sisters?

Rainbow Dash: when Applejack walked into the Everfree Forest, i followed. when she dared me to stay in the castle, i did. when she said to believe in ghosts, i believed. so really, it’s all her fault.

Buckball Team: why aren’t you going to cheer us on at the game?

Rainbow Dash: Applejack made me promise to do something for her that i could do later, but she takes priority.

Wind Spirit: why are you a buckball coach when you’re already a Wonderbolt?

Rainbow Dash: Applejack asked if she could count on me and i’ve been here ever since

Gold Horseshoe Gals: why were you so boring?

Rainbow Dash: my Applejack hallucination told me to be

Smolder: what do we need hay for?

Rainbow Dash: Applejack gave it to me so i didn’t ask questions

If you drink, don’t fly.

I’m making a custom G2 pony for a friend as a Christmas present, and I made some art to to along with it. This was traced off of one of the poses used on the French G2 identification cards. If anyone is interested in the vector file I made so they can make their own recolours, just let me know!

The custom is almost finished. I’ll post some photos of it when it’s done.

Rarity kinda popped off with this one 😳

Y’ALL APPLEJACK IS LITERALLY DOING THE “is she…y’know….” THING WITH HER HAND

also we all see them holding hands back there 👀

the way they look at each other 🤍🧡

#mlp, #trixie lulamoon, #flim and flam, #big bucks, #jackpot, #idk ive just been thinking bout their relationship lately, #they're psuedo siblings, #cause bb and jp are father figures, #but they have historically not gotten along w trixie lmao
5 notes · See All
hazelnut-coffee-cupText

Fanfiction by Queen Zozer on fimfiction

Cover art by me

this was one of my favorite episodes tbh

Ector is a movie director, he also acts sometimes 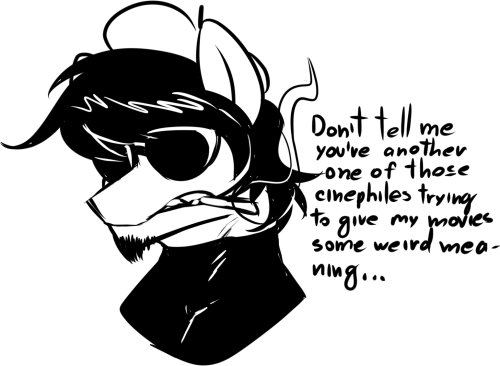 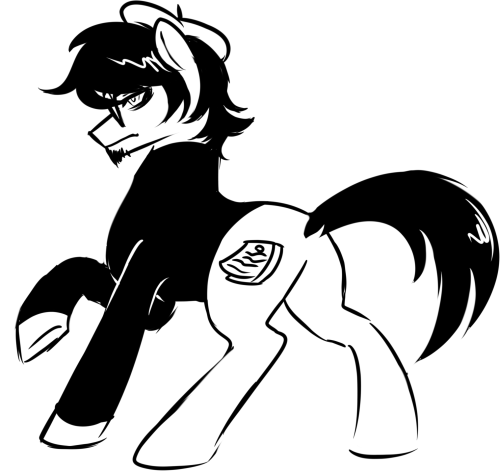 I have a lot of feelings about twilight sparkle often not being regarded as a proper series protagonist by the internet due to her being a girl protag in a series aimed towards young girls so many many people ignore how complex and well written she is.

her fears, anxiety, and struggles aren’t childish they’re very real and understandable anxieties for a young adult and she’s written as flawed but actively growing and improving and just, her growth from S1 to S9 is so much also!! she’s a nerd a math and science nerd!! very few girl characters in media are allowed to truly take interest and love math and science and that be seen as a positive trait, her love for STEM is a positive trait of hers that is never shamed.
not to mention she’s autistic coded and never once does the show treat her as bad or stereotypical for having autistic traits and these traits are a consistent thing the entire series.

just, please please give mlp:fim a chance twilight sparkle is such an amazing character she deserves more love

#ed rambles, #I love her very very very much, #my favorite character ever, #Twilight Sparkle, #My Little Pony, #MLP:FiM, #MLP, #character analysis, #pls give her a chance, #I really like her ok, #she means the world to me
5 notes · See All
corvoidrawsText

Headshots for @rising-shine I made one with a simple background and one with a completely transparent background just in case you wanted it blank and I added a small wing as requested. I hope you enjoy it!