Streamed Resident Evil Biohazard just now and I have no idea why people watch me I have 0.2 brain cells and I need all of that just to figure out how to open a door :/

Ahh yes. I have re-downloaded the Tumblr app after many years. It embraces me warmly. And now,

I will use it to promote my onlyfans 😎

Ayo! I’m big dumb and forgot to cue the last two updates so I’ll double drop last Friday’s and today’s tomorrow since I’m busy today. The schedule will resume as normal after tomorrow. 💛

Me: *looks for interesting content on my dash with my phone*

Also Me: *switches to my laptop because maybe this time the content will have magically changed based on devices*

Also, I used to smoke rlly heavy up until a few months ago. I used to do a lot of other questionable shit too, but I was able to cut ties with a lot of my bad habits by going to therapy & attempting to work through my trauma rather than find ways to numb it. Ya know, real shit, lol.

My point being, I haven’t smoked in several months, & I smoked with this stupid ass fuck boi last night (bc I had already told her I didn’t want to before I even got to her apartment & that I had quit smoking, but I was cool w whatever she wanted to do, & she kept offering me smoke & I apparently have no self control, so, ya know, that’s great). But, it wasn’t really a fun high. A few hits got me really fucked up & then I felt really out of control & I couldn’t focus on anything. So, when she was trying to talk to me and tell me more about herself, I couldn’t follow anything she was saying & just ended up really confused, which seemed to piss her off because I couldn’t keep up with her story. I was too high & not processing well.

I felt really bad, but, I’m really not that cool anymore, lol. Weed fucks me up.

Plus, I was teasing her the night before for sounding like a bunny when she sneezes, bc I thought it was cute, & she legit got mad at me. Like, told me she was pissed off & not playing.

So, clearly, she was not the one, but, I’m just feeling really stupid for even wasting my time with her.

Anonymous asks should be enabled now. Sorry to those who may have wanted to send one and couldn’t 😰

another scene from the game my friend and I made 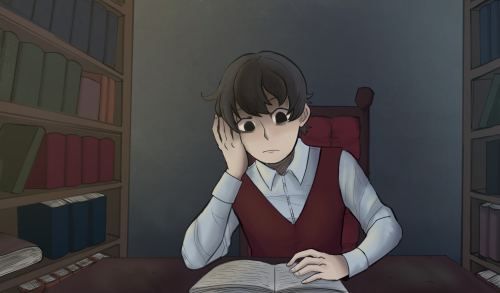 Can anyone tell me why tf people put pics on their tinder of them with kids, and then in their bio have to say “kid is my niece/nephew” or whatever? Like just don’t have a pic on your tinder of you with someone else’s kid if you don’t want people to think you have any??

tamaki is literally the most annoying most obnoxious guy ever,,,, i love him

Let it be known that out of my college friend group of exactly two human beings, 90% of the time the film studies student possesses the one (1) brain cell we’re forced to share. Meanwhile the Psychologist in training and I, the nursing student, scuttle around her feet like plague rats wearing skin-suits begging for an OUNCE of a coherent thought.

So basically I tried to unscrew the cap on my bottle of tea and realized that I had, in fact, not put the cap back on and in my endeavor to twist this seemingly untwistable cap off I spilled my shit everywhere.

My OC: *sniffs* G-Good job guys… you killed him…