btw heres the 1st post for the other souda icons

for the other anime kaz waz icons

No one will talk about Kazuichi Soda with me

I WANNA TALK ABOUT KAZUICHI SODA‼️

can we please talk about the fact that Gundham stated multiple times he did not want to touch nor be touched by anyone since his childhood BUT he is purposely letting Soda touch him and seems to enjoy it(look at that smirk over there)? in this essay i will

Gundham is burning the house down for different reasons.

*See FAQ and/or Guidelines for more details regarding time 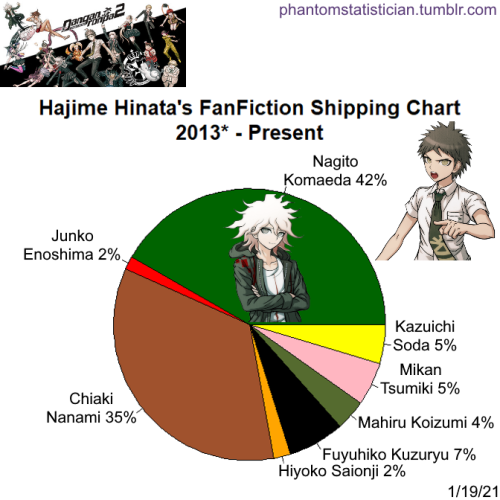 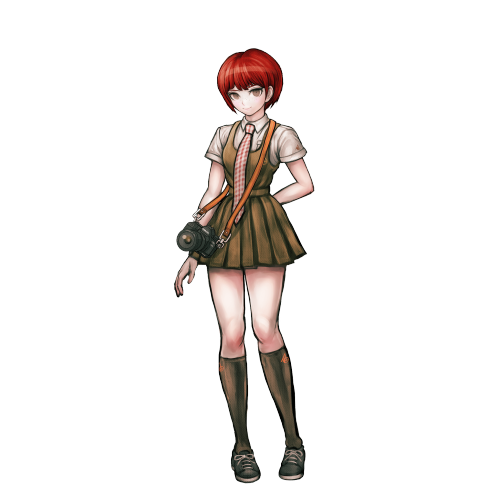 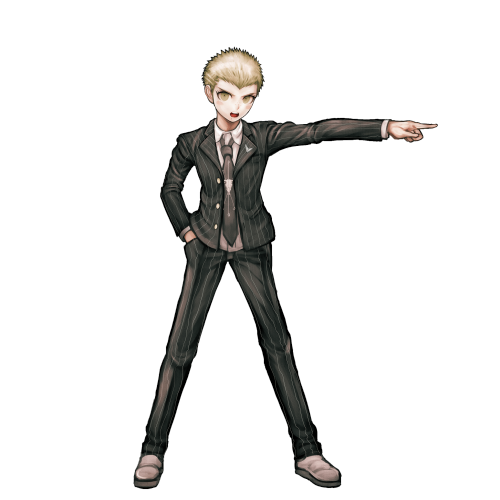 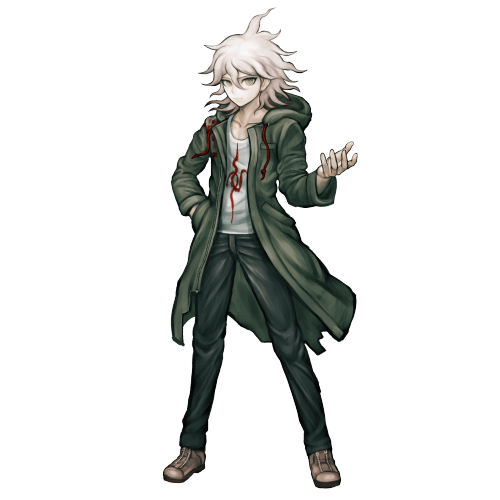 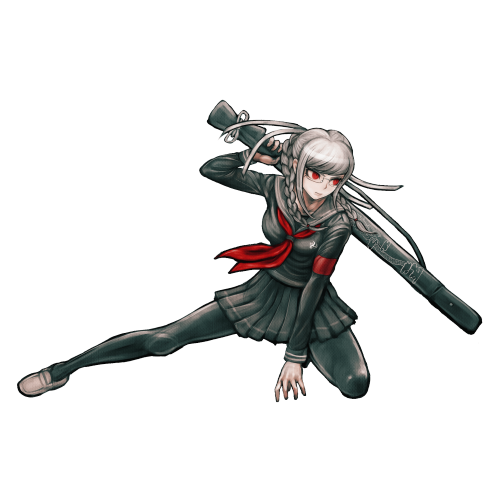 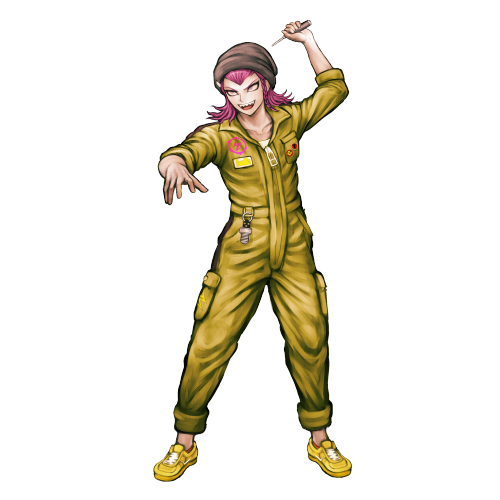 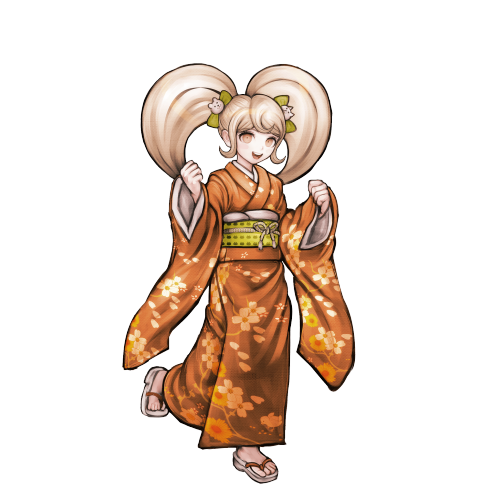 thinking about how not only are kazuichi’s boxers pansexual-coloured, but his overall colour scheme is, too - he has pink hair, a yellow jumpsuit in the game, and a blue jumpsuit in the anime/during his hope’s peak era.

imagine: kazuichi dipping sour gummy worms in hot sauce as a snack and teruteru going full gordon ramsey on him

“Tch, well that orientation turned out to be a colossal waste of time! Lemme go see if I can find any place to work on my talent…”

“Move it, Freakazoid! I already had to deal with one fucking pervert today! I dunno who this ‘Miss Sonia’ is, but you’ve obviously gotta be fucking blind to think she’s prettier than me!”

“Stop it, both of you! Kazuichi, don’t be a creep and make moves on any girl you see, and you… I don’t know what your deal is, but I’ve heard from some people that you’re a pretty rude person! Let me be the first to tell you you’re not gonna get very far in this school by bad-mouthing everyone you see, so knock it off!”

“Oh, come on, Mahiru, I wasn’t making moves on her! I’m not even attracted to her… not after that, anyway…”

hi everyone! i’ve recently finished watching both danganronpa animes (the original and both seasons of the sequel) and i completely fell in love! writing is also a hobby of mine, so if anyone wants to see something written, please please please send me an ask. doesn’t matter what it is, i’m open to anything honestly. yasuhiro and kazuichi are my favorites (i guess i have a thing for easily scared babies who had rough childhoods), but i would love to receive requests regarding any of the characters (:

as Mod Mahiru again! OMG THIS IS PERFECT!!!

So Teruteru was doing his usual,cooking, or harrassing Mikan. Teruteru was in the kitchen cooking some turkey and various other dishes when all of a sudden, Hajime ran in all panicked and yelled “GUYS!! COME LOOK!! S/O AND KAZUICHI ARE FIST FIGHTING OUTSIDE!” After those words came out of Hajime’s mouth everyone came running to the beach. Teruteru last. “Oh my- What in tarnation is goin’ on here?” Teruteru asked running as fast as he could, following the other students. There Kazuichi and Y/n were, bruised and bloodied. Teruteru stood there, confused and well sorta scared as well. Nekumaru and Hajime ended up breaking up the fight.

That was fun to write for. Thx for requesting anon!

followed up bu a bunch of requests from my insta that i refuse context for but liek,, yall can ask i guess lmao 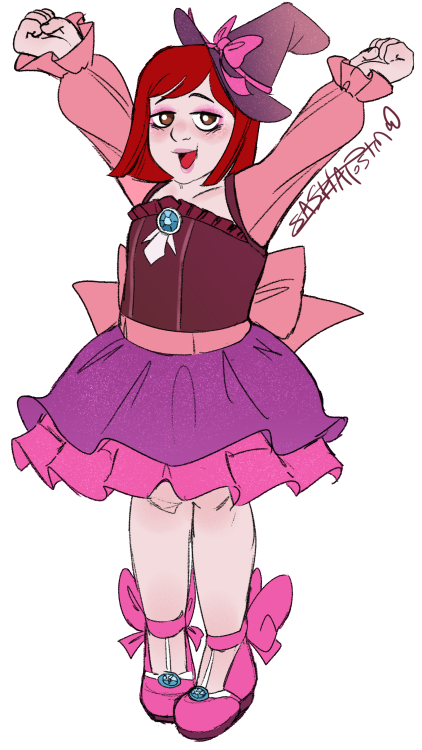 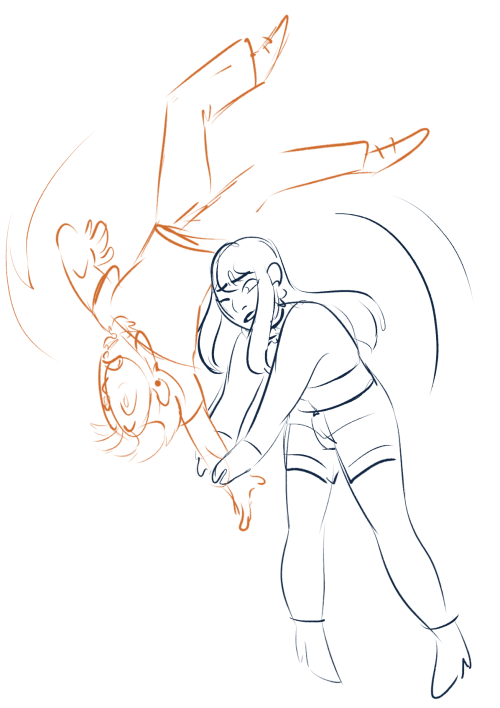 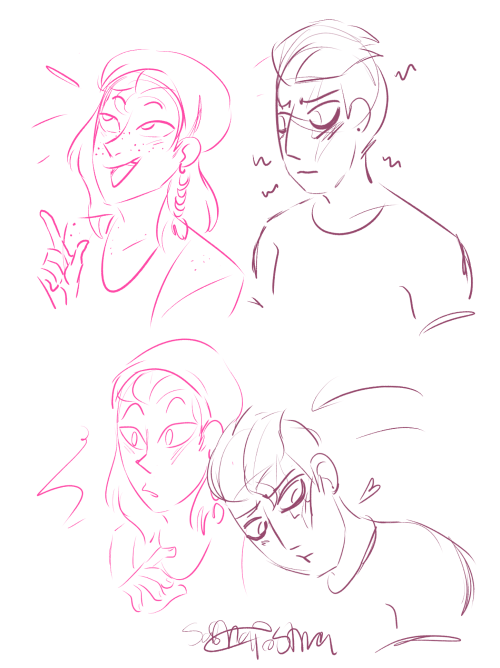 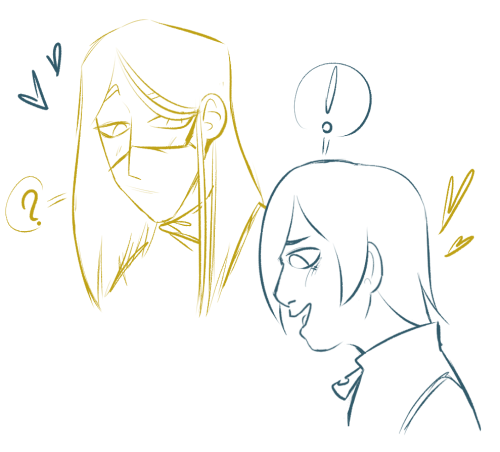 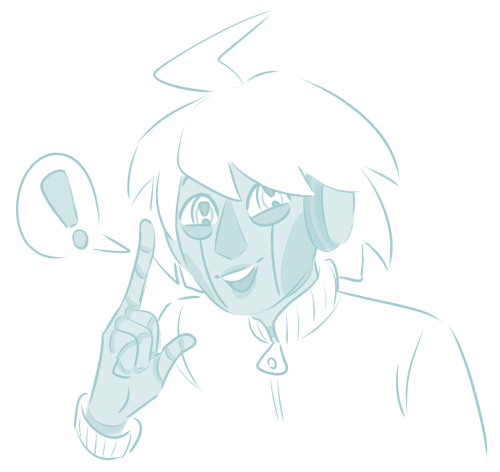 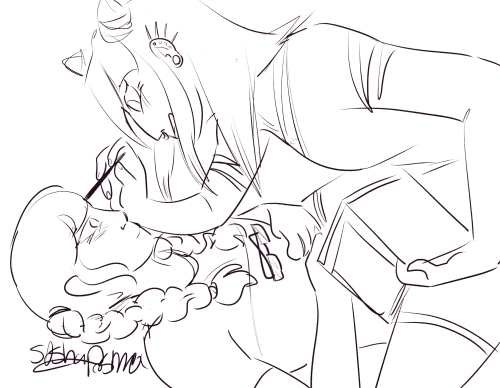 Sure thing anon! I’ve been writing a lot of NSFW lately, so I’ll write something SFW. I hope Kazuichi with a vampire S/O suffices!

Kazuichi Soda With A Vampire S/O!

Kazuichi at first didn’t believe vampires existed, which is a bit odd because of how sharp his teeth are. But when he met you, the Ultimate Vampire, he was shocked to the core.

“Y-You’re a vampire? But how are you not turning to dust right now? We’re in broad daylight!”

“That’s just something we tricked humans into thinking so we could move about in the day.” You told him, showing off your fangs.

“W-Woah…..” Needless to say, he’s very interested about you!

So you told him all about yourself, confirming and debunking common myths.

“No, I can feed blood off of someone without killing them.”

Sometimes, Kazuichi liked having you on his shoulder when you were in bat form. He found it rather cute!

Although, as surprised he was when he met a vampire, he felt more surprise when he eventually fell for one. More specifically, you. He fell deeply in love with you, he wondered if you cast a spell on him to enthrall him, but he didn’t care. He just knew he loved you and wanted to be with you.

So, he went and wrote a nice little poem for you! It was about how he loved you, despite the fact you feed off of blood, and he added he’d be more than happy to let you drink his, since it wouldn’t kill him.

You were shocked, you knew you loved him, but you didn’t think Kazuichi would love a vampire so easily. You accepted, and kissed him right there on the lips.

After some time passed, Kazuichi noticed you seemed to chew on your pencils constantly, and he asked if you were hungry.

“Y-You can have my blood!” He offered. You accepted.

You gently held his head and shoulder, and you went and softly bit into his neck.

He froze up at first, but then relaxed. You had this effect to make blood drinking feel relaxing to the person having their blood drained, so they wouldn’t be in agony. You didn’t want your boyfriend in pain, so you made sure he felt good about it.

When you finished drinking, you pulled away, and licked up any blood that seeped out.

“Thanks, babe. I feel better now.” You thanked him.

“That… Actually wasn’t bad at all! I think I like you drinking my blood!” Kazuichi really was adorable, wasn’t he?

So this continued for a while, where you would drink his blood when necessary, and he seemed to genuinely enjoy it!

Well one day he seemed to realize something. You were a vampire, you could live forever, but he’d one day wither away and be nothing but dust and old bones. He didn’t like the idea of that… He wanted to stay with you forever and be with you! So immediately, he ran to go find you.

“I… I don’t want to die out and leave you! I love you too much! You’re going to stay young and alive, but I’ll age and die. But I don’t want that, so I need you to turn me into one of you! A vampire! So I can be with you for the rest of our lives, which’ll be forever!” He proclaimed. “So… Please turn me into a vampire? You can do that, right?” He asked, hoping you’d say yes.

“Well… Yes I can turn you into a vampire, and I’d love to make you one-”

“Great! Let’s do it right now.” He exposed his neck for you.

“Of course! It’ll mean I can stay with you forever!” He told you, confidently.

“Alright then. Come here.” You exposed your fangs, ready to vampify your boyfriend.

He approached you, excitement filling him. To be young, and live forever with you… He couldn’t wait.

You grabbed him, and bit into his neck, letting the special vampire curse flow out from your fangs, and into Kazuichi. You felt him lose consciousness, so you had to keep him held up. When he drifted from consciousness, you gently set him on your bed in your dorm room, and awaited his return to this world as one of you, a vampire. It’s a good thing you’ve still got spare blood bags, he’ll be hungry when he awakens.

Eventually, his eyes fluttered open, and oh boy they were so beautiful…

“Morning love~ How are you feeling?” You asked him, as he fully woke back up.

He opened his mouth, and you looked closely at his teeth. His teeth immediately grew, longer and sharper, and he now had fangs. You smiled, it worked perfectly.

“S/O…” He smiled and got up, and pulled you in for a kiss. You happily returned the kiss, embracing your beloved.

“I figured. I’ve got just the thing.” You handed him a blood bag to drink from. He happily drunk the whole thing, all the while feeling amazed at how blood tasted to him. It tasted delicious.

“S/O… I love you so much! Now we can be immortal together!” He leapt into your arms, and pulled you in for a cuddle.

You spent the next few days teaching Kazuichi how to use his newfound vampire powers. You couldn’t ask for a better lover.

notice how they all have hiyoko in them lol

some context under the cut 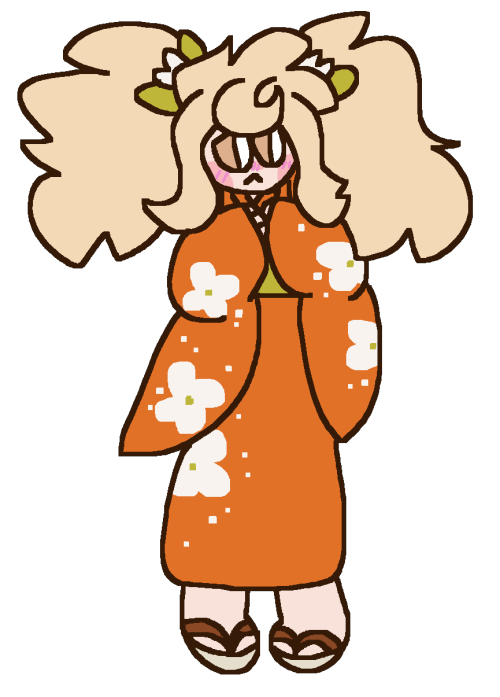 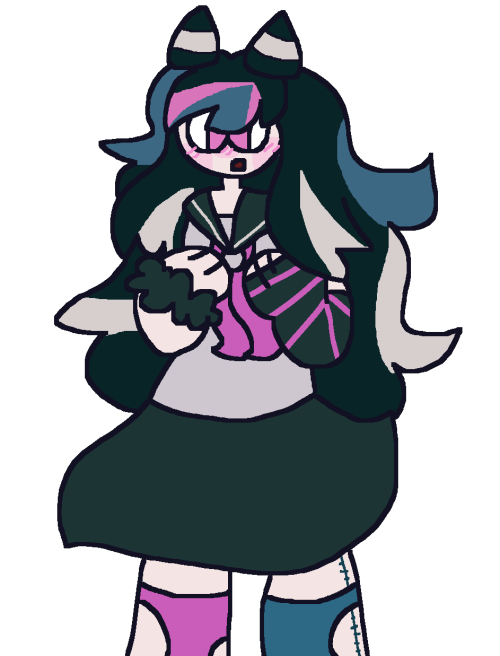 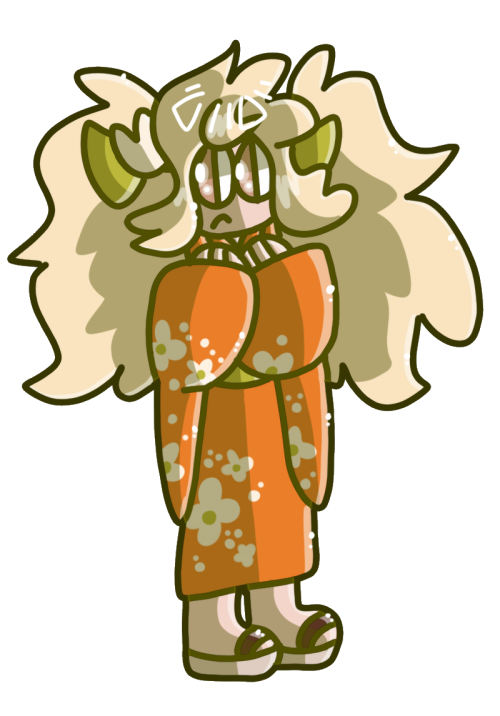 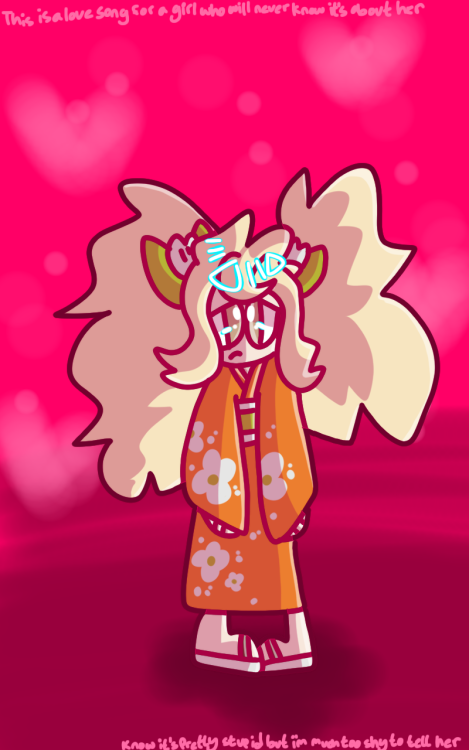 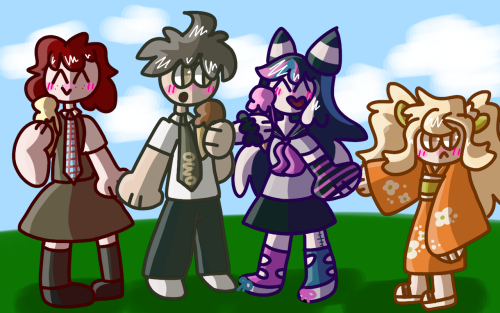