so uh it’s been a whole day……. reunion when? 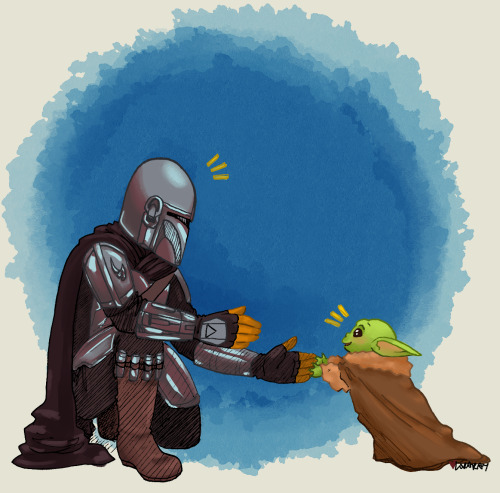 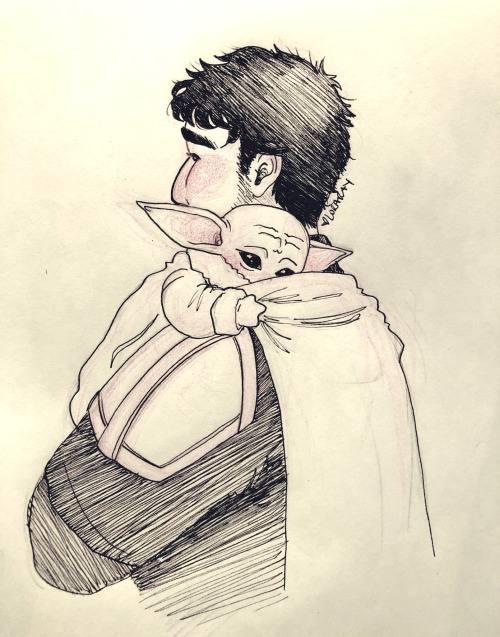 Is it just me that thinks CGI Luke wasn’t that bad? He looked fine.

To everyone mentioning the whole “oh my gaud but Luke’s academy” after the finale, let’s keep a couple things in mind:

1. The Mandalorian is set 5 years after Return of The Jedi, so problematic boy in question is only 4-5 years old. He doesn’t do anything catastrophic until his teens.

2. With that in mind, there is bound to be more seasons of this thing and I bet you anything the time lapse will not be 10 years. They’re gonna want to keep the bebe a bebe for a while. So the time lapse at most for a while would probably only be like a year or two.

3. I really don’t think Favreau cares about the sequel trilogy and most characters would likely only make cameos then never be heard from again. His own original story has been blazing without any characters from even the OT and now the overlaps are very well curated. He doesn’t need name drops to keep the story good and exciting.

Y'all. We knew that was inevitable, right? Imagine the absolute Bitching If they tried to stretch out them still being together into season 3. All the people in fandom complaining about “side quests” and recycled plot points, canon this canon that, blah blah because how much more could they do with it?

And yes, I’m 100% saying this to try to talk myself out of how fucking sad I am right now.

Give me Korkie and Luke bullshit please.

I AM AN EMOTIONAL MESS RIGHT NOW

Me, an evil bitch: Grogu is going to outlive Din big time and that’s just FACTS

@the-cheshire-cat-grin I believe I owe you money 🤣

the way Ahsoka communicates telepathically with Grogu with ease!! Is so cool!!! Especially for me because it makes me think: if it’s easy enough like that for a jedi who is not especially talented in that, and for an untrained kid - think how incredibly good at it my Poe is. Just, he can see so much, convey so much, it’s a skill and an art (and a deadly weapon shhh) all in one and ngnhh, thanks, yes, I love this.

We don’t have a body. I repeat. WE DO NOT HAVE A BODY.

What’s one of the most common tropes in writing?

“If there is no body shown on-screen, they have a pretty good chance of being alive.”

My current theory is that Korkie’s gone missing or perhaps even been imprisoned by Moff Gideon as leverage against Bo-Katan, who was made to believe he died. Which is my favourite solution for many reasons.

The other solution is that people kinda just forgot about him, which I really hope they didn’t because that’s the dumbest solution.

Because I will not believe she’s the last of her line.

I bet we’re gonna have a post-credits scene at the end of some season teasing he might be alive and making everybody who didn’t watch Clone Wars (and probably a few people who did) go “WTF?” and let’s us theorise some more depending on who they casted for him.

My brother told me “Appa is in this episode of The Mandalorian,” and, I’m not going to lie. I thought Avatar the Last Airbender, not Kim’s Convenience, and formed wildly different cameo expectations.

I just watched episode 1 and needed to talk about it….Don’t read under the cut if you don’t want a spoiler.  Tried to tag it as much as possible.

i know the overall angst headcanon is the din keeps forgetting the kid’s gone and so he goes to talk to him or makes a second meal or something of the sort, but what if as grogu goes through training and learns how to handle the force better he starts reaching out to din and i know din isn’t force sensitive but they had such a such a strong connection that maybe just maybe din thinks he’s going crazy or the grief is too much because he swears he can hear the kid giggling from just another room, swears that he sees the tip of a green ear disappear behind the corner?