Pedro being flirty?? Pedro helping someone’s engaged friend dance for his wedding?? How could you not be in love with him?!

“If I didn’t know any better, Francisco, I’d say you were teacher in a past life.” You look up at him and smirk. He looks over to you and gives you a crooked smile. He adjusts his jacket and runs his left hand through his hair.

Frankie taught you a lot more history than the teacher. Frankie had a lot more patience and explained each topic that was covered in much better detail and simply enough to understand. Like when Hattie Wyatt Caraway of Arkansas became the first woman elected to the U.S. Senate in 1932 to fill the vacancy caused by the death of her husband. Frankie compared it to the demonstration of the first long distance telephone service between New York and San Francisco in 1913 – surprising but needed.

It’s not Mandalorian related, but it is Pedro related!

Din Djarin : Really? Cause I fucking just did. *walks away while maintaining eye contact* … . ArE yOu FoRgEtTiNg ThAt SaBiNe Of ClAn WrEn AlSo HaNdEd YoU tHe DAMN SWORD?!?

Thank you Arianna Philips on IG for sharing these amazing images of Pedro being a dork whilst being fitted for his Whiskey outfit. The last pic is 😍

And yes, that’s Pedro… wearing a dog mask with a cowboy hat 🤣

Pedro with some of the cast of Game of Thrones 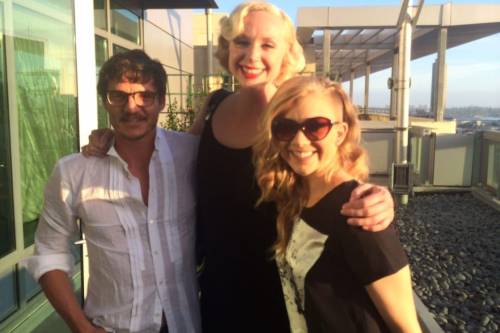 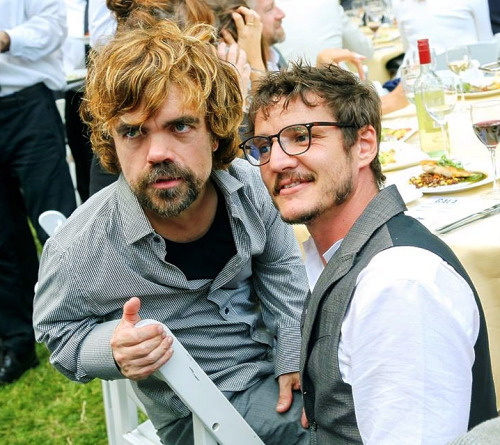 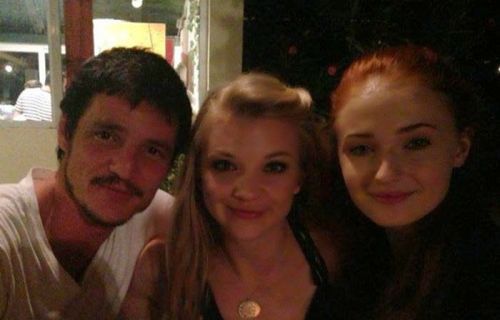 Omg, my husband is watching Burn Notice: The Fall of Sam Axe, I’m only listening while crocheting Grogu a hat….when all of a sudden I hear him… Pedro Pascal! I’m like…wait, he’s in this?!?!? And then I look up…and YES! It’s him! **Swoon**

Whiskey watching you intently in front of a cozy fire.