we use HOLOGRAMS, like the time i tried to CONTROL the MASSIVE but the DIB ruined it!!!

[Two, blinks surprised, to later, go behind and with a smile in his face , screams to someone]

“BROTHER! IT IS WORKING!”

[The camera turns around, and focus on Zim who peeks his head, of an wall]

“The camera! It is working!”

“Oh that- I know it would be working! The almighty Zim is never wrong!”

[Later of that, the camera turns around again and focus on Two again]

“-Ahem- Anyways, you humans or other species that are watching us, feel honored and free of ask me, and my brother -the ultimate Zim- everything you want”

Zim: irkens only need a little bit of sleep

#ask zim, #ask dib, #ask gir, #zadr, #not sure what this au is yet just flucking around
8 notes · See All
old-friend-auText

Ask this Invader or else: reborn

Zim’s blast from the past…

Hello everybody, Mun (aka: emogirl10590) here. I just want to let you guys now for the next Half hour or hour I am going to be posting or re-posting some of my “ask Zim” stuff.

These are for some of the New followers that want to see some of the work that I have made in the past.

I hope you enjoy and I hope you can share… all of the doom. * laughs evilly*

PS. And if youlike some of these posts, feel free to ask Zim and his friends all you want. Maybe you’ll be even about the movie, who knows.

did you know? humans get shorter as they get older. pathetic. I only get TALLER!

Don’t tell GIR this… but that was Genius!~

(Everything is according to plan.) 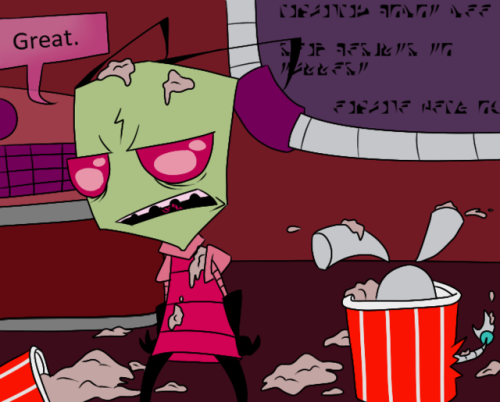 More Zim for everyone. More Zim to you go around.

But why stop there? Zim should get those multiple sequel just like in those animes.

More fans too love, and more money in the bank. Zim wants to make it rain.

ZIM IS NOT DEPENDENT ON YOUR FEEBLE BRAIN, YOU FOOL!!!!! 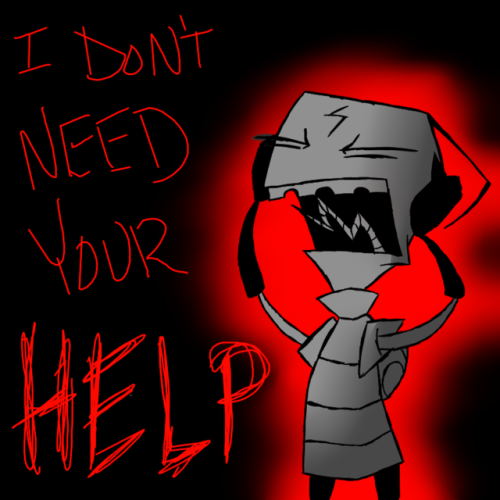 Hello, stink worms! I- THE AMAZING ZIIIIMMMM- have opened my ask box. You may now ask your horrible questions. 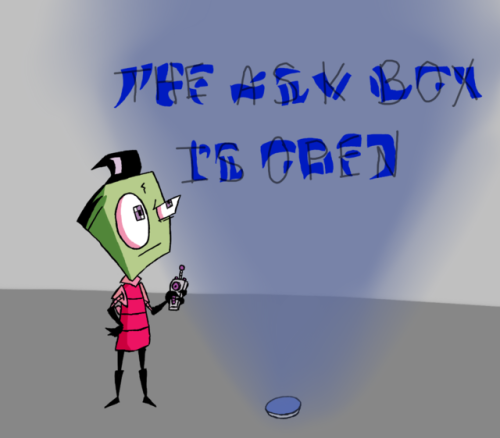 #ask invader zim, #askinvaderzim, #invader, #zim, #ask zim, #ask invader
26 notes · See All
emogirl10590Answer
Hey Zim. My name is anna. What would you say if, someone had a long term crush on you since the day they laid eyes on you? *blushes*

This is emogirl. I suggest you ask him on his Tumblr blog “askthisinvaderorelse”.

Technically that’s my second and also my invader Zim blog. 😄

Submitted by Kazehana23: Zim wanting to be human days before his capture in Maneem?

He stared at the screen, watching the dim reflection of himself. It held so still, the reflection. Like a statue or a photograph. It hadn’t moved for a very long time. Not since the screen had gone dark, after the Tallests had cut the transmission for the final time, hours ago.

All his work. All his training. All his servitude.

A hollow feeling clenched in the pit of his spooch. The reflection didn’t move, but he wondered how long it would be before it did. It couldn’t be much longer. If it was still much longer, it would catch fire, or explode, or crumble into tiny pieces. The Irken in the reflection couldn’t hold that much rage and stay still, Zim thought to himself. Maybe he could stand back and watch what it did. It would be interesting, he noted to himself, to see how it handled all the rage it had.

Zim narrowed his eyes at the reflected Irken. How could it even think such a treasonous thought? Its eyes narrowed back, defiantly.

Why Irken? Why hatched to a race that has made sport of my existence?

His breath hissed between his teeth.

The hyumans are oblivious. Stupid. Dangerous. But they seem happier.

Why could Zim not be hyuman?

He wasn’t sure when he turned away from the reflection and its treasonous thoughts and rage. He only had a few jumbled recollections in the days following. Sunlight. Shrieking in rage. Attacking his tree. Sleepcuffs, and a triumphant shout. Then, darkness…