A new chapter of Have Control Over Me, my Anders/Hawke Dragon Age 2 fic, dropped last night! You can find it here.

The air fled his lungs, panic lunging into the forefront of his mind, all sense of calm lost. Walking down the stairs from the back room, red stripe of blood across the bridge of his distinguished nose, dark hair ruffled and untamed, was Garrett Hawke. His bright eyes scanned the room as he descended, flying right by Anders, and then snapping back as if magnetized. He froze midstep, as if Anders was the kind of person for whom people would suddenly stop and stare.

When art block hits, I can always rely on my fall back of drawing Isabela from Dragon Age 2. 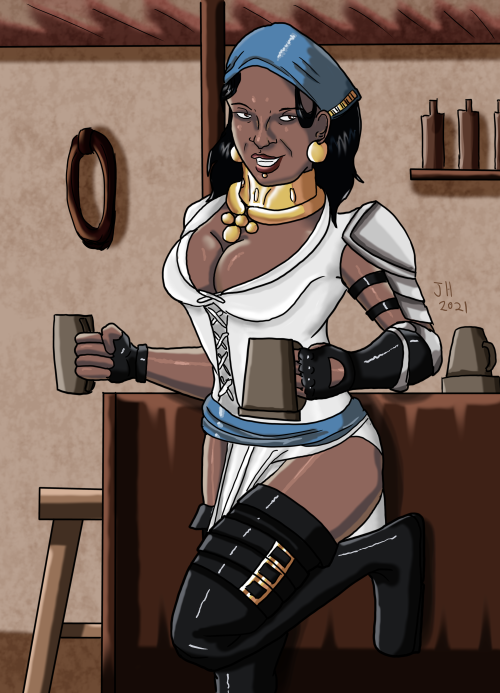 As it’s also Femslash February, I thought I’d have Isabela taking Hawke down to the Wounded Coast at midnight during a full moon, because why not. 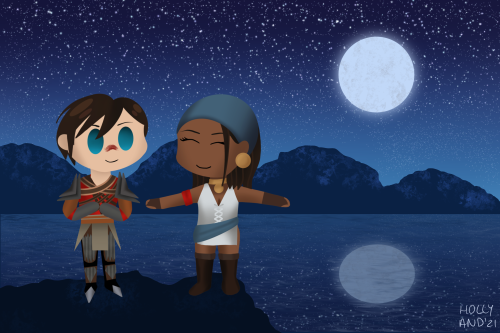 Leliana: tell elthina to leave. She will not be safe here.

Anders, in the back, after he did done set a goddamn Bomb at the chantry:

Me, sobbing: oh my god, the grumpy one is soft for the sunshine one

I think this is just another one of those points of contention that’s really rooted in how you feel about Anders.  Anders can be petty and Justice has a hard time seeing shades of grey in a situation.  Some people might argue that together they view Fenris as an obstacle, and I think the argument is that Anders approves because it is the removal of an obstacle for both he and Justice.  Nothing more.

I completely disagree with that reasoning, and I don’t personally think that it aligns with values that neither Anders nor Justice have shown in the past.  As much as he disagrees with, as much as he despises Fenris, I cannot picture Anders, who values freedom so deeply approving of someone being returned to Danarius.  And Justice, by nature should be opposed to something as injust as slavery in the first place.  To me it rings of a very very very poor writing choice that’s not really consistent with what we’ve seen from Anders or Justice in the past.

Yeah, I feel that.  Anders is one of those polarizing characters where a lot of people have realy strong feelings about him one way or the other.   I definitely don’t agree with everything Anders does or says, but  I still like ‘em!  He’s a complex character that’s really fun to explore and talk about. :D

An illustration for my fanfic, The Ghost of You

FENRIS FROM THE DRAGON AGE SERIES HAS BEEN ACCEPTED INTO WONDERLAND HEARTS!

We wish you luck on your journey through the rabbit hole.

Want to learn more or join him? 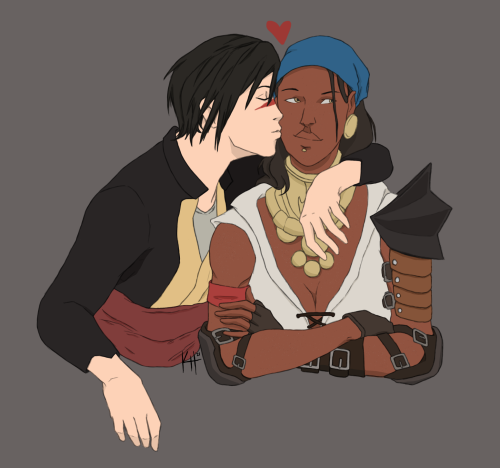 (and a bonus w just sebastian)

Confession: As ab andersmancer who hates templars, my biggest DA secret is how hot I find Meredith. I can so easily imagine her ordering me onto my knees, patting my head condescendingly, then purring ‘good girl. Now serve me’ as she starts unbuckling her belt 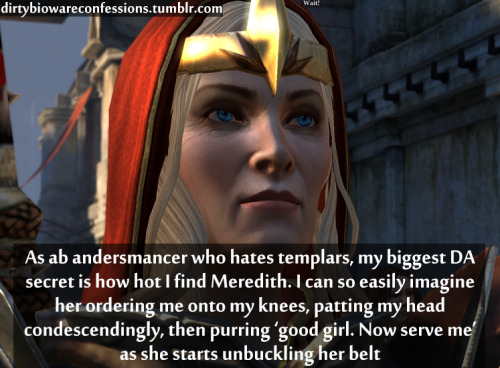 Have some photos for reference and it took me many hours to make, but I’m stil proud of this part of my “old life” - before my burnout burns away all my drawing skills and forced me to learn everything anew. I came back step by step. It was a long way but… I’m still on the way back! 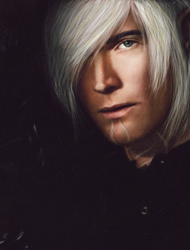 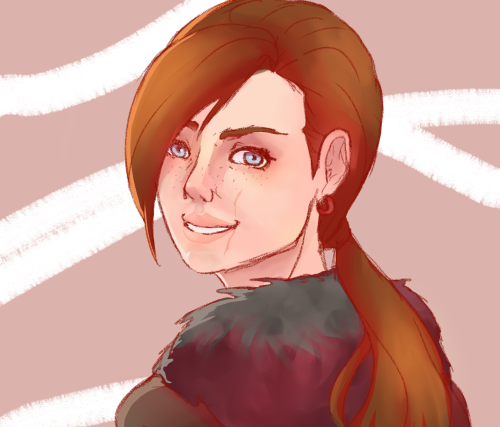 #dragon age#dragon age 2#anwen hawke#hawke#fanart#digital art#femhawke#artists on tumblr#portrait collection#my art#sun-marie art#da2
16 notes
arwen-of-bajor
Conversation
Varric
Which are you with?
Hawke
Both.
Varric
Are you with Isabela?
Hawke
I am.
Varric
Are you with Merrill?
Hawke
Yes.
Varric
How?
Hawke
They made me choose.
Varric
You have to choose. You can't have both women.
Hawke
What was I supposed to do?
Varric
Think you can have a bunch of wives? You get one wife! This is the way the world works!
Hakwe
Why!?
Varric
I don't know.
#dragon age#dragon age 2#varric#hawke#hawke x merrill#hawke x isabela#this defiantly happened#im still mad they make me choose#i want them all#merrill#isabela#isabela x hawke#merrill x hawke#source new girl
2 notes
nadius-anonymous
Text

Okay it is unbelievable that when you make all three of your protagonist as mages people will still blame all Thedas’ problems to mages, like whaaat.