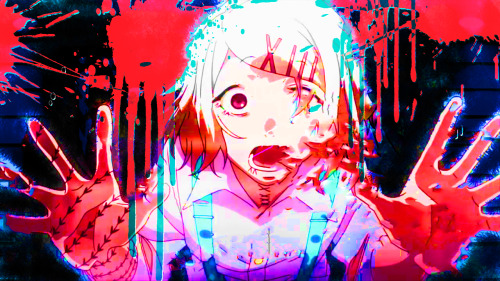 Hanbee, pulling out a Minecraft bee plush: Would you bee my queer platonic honey?

Tried doing an aesthetic I think it worked out

Tap to make them clearer

#believe it or not, #this is actually canon, #because i said so, #and the quinx and juuzou will beat the shit outta whoever says he cant have painted nails, #juuzou suzuya, #suzuya juuzou, #juzo suzuya, #suzuya juzo, #tooru mutsuki, #mutsuki tooru, #quinx, #quinx squad, #tokyo ghoul re, #tokyo ghoul, #headcanon, #shitpost, #suzumutsu, #slightly
19 notes · See All
ellunecosplayPhoto

So as you guys know, someone requested me to do Juuzou, and I’ll try to complete his look with his weapon. Basically, it’s made of illustration board [3 pcs - 15”x12”] (cardboard) because that was what I had at the time. If I will redo this, I would suggest foam boards since they’re lighter. This was quite heavy and I was afraid it might fall apart.

Second, I painted them according to their colors. When they dried, I used super glue to stick them together. Now comes the hard part. The stick needed to life all these. I first thought of using a mop’s handle, but it was too short. Then I thought of using a bamboo pole, but it was too thin and it might not be able to carry the whole thing’s weight. Then comes a lighting bulb inspiration when I saw my selfie stick! It expands 3 times it’s size and it’s strong enough to carry the thing. So I made a base for it to screw on, super glued the base and screwed on the selfie stick. As for the wing part, I just used cartolina and cut it in half circle shape (4pcs) and an elipse shape for the top and used school glue to hold it down since I needed to remove it later so I can get back my selfie stick

There you have it! I really hope it won’t collapse during my picture taking. 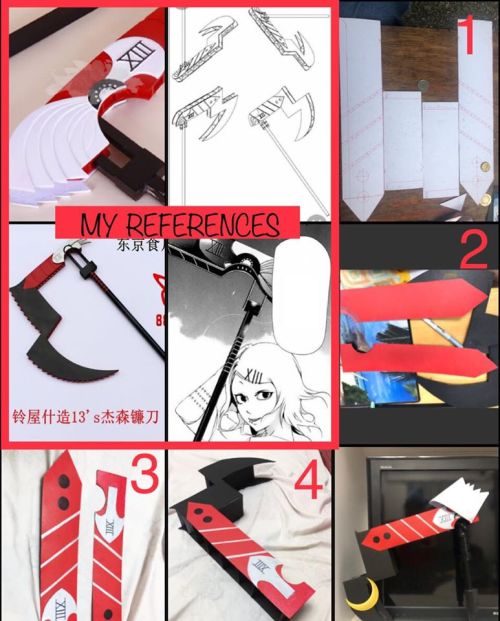 “I really don’t know what to do anymore” your voice rung around the hallway, as you were talking to someone and hopefully waiting for advice. Suzuya, who just happened to walk by, disappeared around the corner and waited for the other person’s reply, curious of what made you so concerned.

“Give him some time, Y/N-san. He’s not a bad person, just a bit lost still” these words from who he realized was Mado, were followed by a sigh from your side.

Suzuya listened carefully, not sure who’s the one you were talking about, until suddenly his name got mentioned by one of you. But why? Wasn’t he acting just like always?

His mind went back to all the situations you tried to save him from. The more he kept thinking about it, the more situations came to mind. Oh, right. He really did cause you some trouble, didn’t he? And you were always trying to help, sometimes literally running after him when he was going from one troublesome thing to another. At first he tried to do it on purpose, curious about how you’d manage it. But thinking back, he really burdened you a lot more than planned.

“Maybe he’s not… Maybe I’m just not good enough for this job” your words shook Suzuya out of his thoughts and hearing the sadness and defeat in your voice, he felt unexpectedly guilty. You were a really nice person after all, just trying to do your job and take care of him, as you were told.

Suddenly he heard you two move and he disappeared into the nearest room so that he wouldn’t get seen eavesdropping. There were still a lot of things to think about.

The next day, you were sitting behind your desk, while Suzuya was sprawled on the couch in the other corner of the room. You were trying to focus on checking the documents in front of you, but your mind kept on wandering somewhere completely else. You were often worried about your task to look after Suzuya, you were worried about him getting in trouble again, but you’ve never thought him being so quiet and calm would make you worried even more. Why did he change so suddenly?

“Suzuya-kun, is everything okay?” you decided to speak up, breaking the silence between you two. He looked at you surprised by the sudden question.

“Why? I’m completely fine, Y/N-san” the smile he shot in your direction was very bright and it made you smile unconsciously.

“Aren’t you going out?” you tried to ask him, still confused but he just shrugged and said he didn’t feel like doing anything. In reality, he weirdly enjoyed sitting there in silence while actually letting you work, differently from the precious weeks. You looked tired, probably from all the trouble caused by his actions. He wouldn’t ever tell you about it, but he felt bad for making you worry about him all the time. Who knows, maybe now that he’s doing better, you could actually become friends?

Amon: When was the last time you ate a carrot?

Juuzou: Well, it’s my least favorite type of cake, so rarely. If I absolutely have to, I’ll just eat the frosting.

So in short, childhood trauma from bullying and parental abuse leads to psychopaths. I’m not preventing anyone from abusing their children or bullying their classmates, but I’m just saying that things like this follow a pattern. And trauma could lead to a real world Eren Jäeger, Yuno Gasai, Yuu Otasaka, Juuzou Suzuya, Ryodari, Shiro, or Isaac Foster.

Matsuri: *slams one hand down, then the other, then claps, trying to get everyone at the meetings attention*

Matsuri: Oh no… What have I just done??

Matsuri: ONE day, can’t you just give me ONE FUCKING DAY!?! 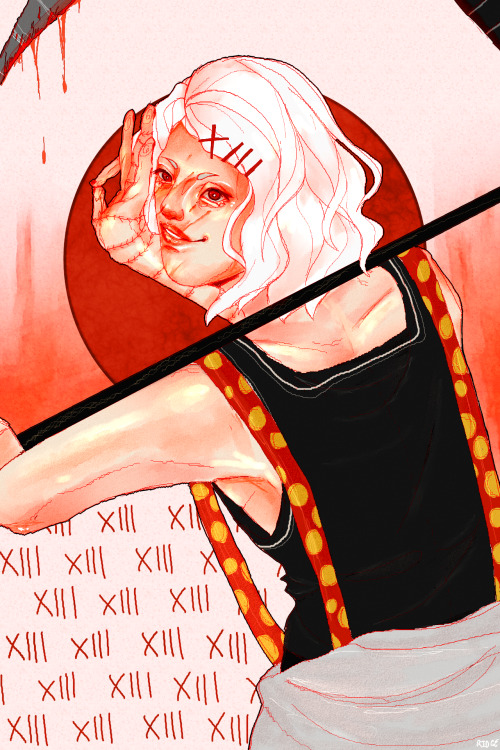 alright so this is a wip but i need help, i draw with mouse rn and im new to digital art. Any tips? 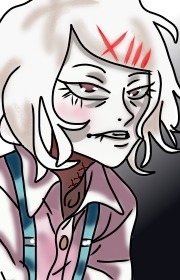 #i dont like how pale he is, #tokyo ghoul, #my art, #juuzou suzuya
5 notes · See All
brave-symphoniaText

Juuzou: Okay but what if I press the break and the accelerator at the same time in the car?

Nakarai: For the last time. Please get out

I made this because I can. Juuzo Suzuya in a nutshell.

Courtesy of my zepeto. Lolll. 😂

#tokyo ghoul, #juuzou suzuya, #zepeto, #myzepeto, #britney spears, #parody, #lol, #what is this, #it works, #2000s, #throwback, #back when I had a huge cd playing boombox, #when i used to proudly wear Reeboks as a kiddle, #dance
1 notes · See All
parkeditsText