Trending Blogs
#stardew ask blog
ask-the-mysterious-mr-qiAnswer
Hey it's curios anon again, I was putting some pieces together and I was wondering if you had a crush on the farmer? The reason why I'm asking is that you seem to be slightly blushing when you said that you watch them sometime. I might be wrong thought.

“*chokes on air* Hehehe… Clever you.” “I may be interested in the farmer, I may not be. It’s really none of your business either way.” “…” “hnn…” “I just… want to protect them.” “I know they’re clever and strong, and an excellent fighter, but…” “That won’t save them if they pass out down here, all alone.” “I… I can’t lose them.” “I could have all the wealth in the world but it wouldn’t matter if I lost them.” “I can’t help but be so afraid I’ll find their lifeless body hundreds of miles underground one day.” “*sobs* Fucking hell…”
—
i didnt like drawing him sad, someone give him another hug. this is why i posted the hug before this one. he trusts the farmer, he knows they can look out for themself, but he still worries. i fixed some of the text because i don’t think he’d stumble over his words that much, even when he’s upset like this. he still attempts to keep his composure and “cold, calm and collected, respectable businessman” facade.

#ask, #Mister Qi, #Mr Qi, #stardew mr qi, #sdv qi, #stardew valley farmer, #stardew valley fanart, #stardew valley, #Stardew Blogging, #stardew ask blog, #cw swearing, #cw death mention, #in case anyone needs it, #ik some people dont like swearing so!, #im so anxious hh, #so! if him dodging the question wasnt obvious enough hes got a crush, #i wanted to get that across but i didnt whoops, #i was in an angsty mood sorry, #he cares a lot for the farmer, #he trusts them but he cant help worrying, #he wouldnt be able to forgive himself if they died or got seriously injured in the caverns, #hed feel responsible for it, #at least a bit, #even if his friends tell him otherwise, #hes gonna get better i promise, #speaking of mx farmer, #if nobody has anything to add, #im going to properly introduce them soon, #they're getting a small redesign bc i hate their current design, #also they have a name so
8 notes · See All
ask-sunsethillsAnswer
🕰

I know it wasn’t, but I feel like this was a long time ago..

Hey y'all!! Meet Jasper, our new farmhand! If I’m being honest, she scares me a bit, but we think she needs us more than she lets on. Give her a warm welcome!!

F: Admittedly I kept to myself for most of that first year, but I like to think that by now I’ve gotten to know everyone in town pretty well

// a more official introduction, if you will 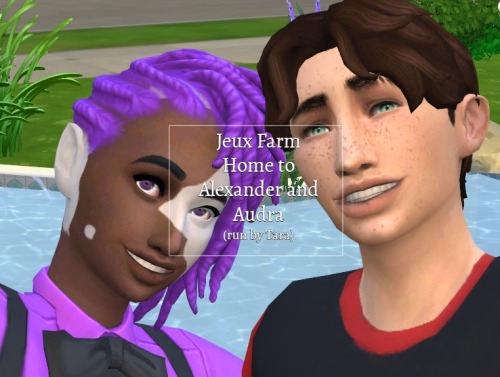 Is the deity au still a relevant thing?? I really hope so because it’s pretty cool!

So goddess Thea can grow flowers, make trees blossom, all very springtime-y stuff! Since she can create life, she can heal things pretty well! When she uses her powers her hair grows, so she has to cut it pretty often.

New Horizons is only like 6 days away and I’m so excited!!

“Oh my goodness!” Thea laughs, covering her mouth with her hands. “That’s a lot of compliments! Thank you, I very much appreciate it!” She thinks for a moment, before realizing something. “Wait- we’ve hung out before? And we’re friends?? Oh, now I’ve gotta try and guess who this is!” Thea contemplates this for a few minutes, looking at the letter over and over.

“I think I have an idea.. I better go over to his place to make sure!” Thea smiles before walking off.

“Thank you so much!” Thea smiles, fiddling with a piece of her hair. “I try, the compliment means a lot!” She chuckles softly, a light blush spreading across her cheeks. “You know, even if we haven’t spoken that much- you should come over sometime! I’m sure we could find something fun to do!”

Draw your oc in goth attire!

I wasn’t getting super inspired but then I remembered goth lolita and it just went from there!

“I am… aware. I know I died. Now I’m back. No heartbeat, don’t need to breathe, but very hungry. No brain cravings, but meat. I’m… trying to pass it off as like a cool goth look, avoiding a few townsfolk, but uh yeah. I know I’m undead.”

I’m Jesse, and I’m a farmer in Pelican Town! I’m fairy new around here but I can’t wait to meet y’all!

“You’re not being a bother! I’m sure we’ll be good friends!”

Blueberry-Muffin tea: Tell me a memory, which makes you smile.

“A memory that makes me smile..” Thea thought for a moment before her face lit up and a smile spread across her face. “My sixteenth birthday- see, I’m already smiling just thinking about it!” Thea chuckled softly and pointed at her smile.

“I’ve never really had a real birthday party since I was like- eight. But fifteen year old me was set on having the magical sweet sixteen of my dreams. Every girl at school was starting to have one. I was so excited, escpecially since my mom had the most extravagant party for her birthday! Since she never mentioned it, I- very naively if I might add- thought she would throw me one. I barely had any friends to invite but I figured we would do something special!”

“So the big day finally comes around, I leave the house to go to school- nothing. I anxiously sit through the whole day, and the only person who even acknowledged it that day at school was Phoebe! My mom picks me up from school, we drive home.. I’m practically skipping to unlock our apartment door- and nothing. Just normal horrible apartment. I tried to brush it off, but I guess my mom noticed because she was irratated the rest of the night..” Thea sighs, as if remembering something less nice.

“But anyway, I didn’t have much in the pantry but I was able to bake myself a little birthday cupcake before I had to go to my room. It was kinda late at night and I was eating it on my bed when I heard a knock at my window. And who would it be but Phoebe sitting on the fire escape! I sat outside with her, and we talked for a while- and then she told me she brought something for me! And she took out this thing that she had whittled with her pocketkife. Nothing much, just a small bird- but I felt so happy that I just started crying-“ Thea laughed. “It was kind of embarrassing, and she was definitely confused for a minute there, but we talked some more and she made me feel a lot better. I have the bird somewhere around here, I remember packing it but I haven’t seen it since then.”

👯 with their best friend!

“Oh, I have one of those!” Thea runs to her room and quickly returns with a small envelope. She holds it up excitedly.

“Our Polaroids! Phoebe’s, I mean. She’s the one that took most of them, but she gave them to me when I was leaving. She told me to think of her whenever I looked at them..” She looks down at the envelope, smiling fondly.

Thea starts to search through the polaroids, placing them neatly on the table. Most of them include Thea, another girl, (presumably Phoebe) or both of them together.

“Aha!” Thea smiles excitedly, holding up one of the polaroids to look at it closer.

“This one has a cool story behind it! So, after I graduated, I never really left the house. I wanted to very badly- but my mom always needed me to do things around the house, or keep her company, or just stay in my room. Then all the lights went out! I didn’t want to leave my room, so I sat by the window to wait for Phoebe. When she came, she told me that there was a blackout. All throughout Zuzu, no electricity! I can imagine that might cause problems, but it was the coolest thing. Even from my window I could see all the stars I could never seen before! Then she told be that she wanted to take me up on my roof. I hadn’t been outside in a while, so I was a little nervous. But then I remembered: no power mean no door alarm! So I picked the lock on my door, and just waltzed right out of my apartment without my mom waking up. A few minutes later we were on the roof- and let me tell you it was the most beautiful thing. If I was lucky on a normal night we count could a few stars, but this was unlike anything I had ever seen in my life!” I have the picture here, look at this!

Having a stardew ask blog has been super fun for me! The community’s amazing, the game is amazing, everything is so nice! So it makes me really happy that people want to create their own oc blogs and put themselves out there! 💕💕

And that’s all I can think of at the moment! Also if anybody wants to talk about sdv or art or stuff feel free to dm me! :DD 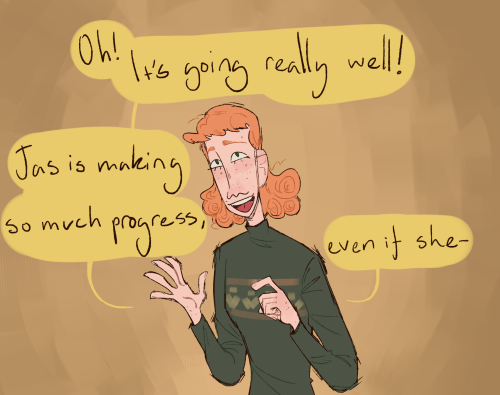 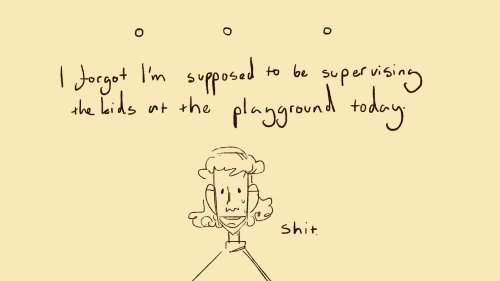 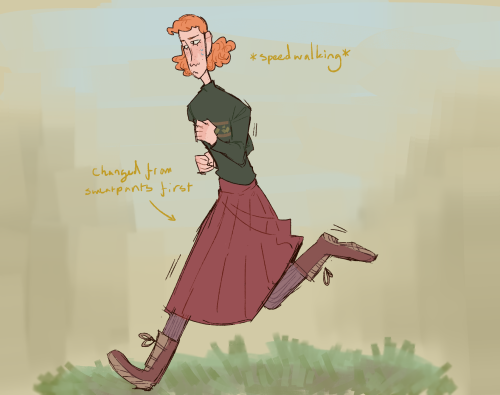 #ask, #stardew valley, #stardew penny, #art ask, #mellostopheles, #sdv penny, #sdv ask blog, #click the images if theyre hard to read pls, #also therell b a part 2 but everyone is still welcome to send asks!!
25 notes · See All
ask-blossomfarmAnswer
“Howdy!! Your name’s Lloyd, right? Well, I’m Pip, glad to meet ya! I’m new ‘round these parts, so I’m goin’ around to meet the other farmers! This might be a bit odd, but I have a gift for ya!” Pip pulled from their backpack a small jar of jelly, handing it to Lloyd in a grand gesture. “That there’s blueberry jelly, from my finest crops! Hope ya enjoy!” Pip offered a large grin, bouncing on their heels happily. (@pip-star-blossom)

“That’s right I’m Lloyd, nice to meet you Pip. Unfortunately I just came back from Zuzu city so I don’t have much goods to offer right now, but I sure can box up some pancakes, they’re fresh I promise.” Lloyd gently took the jar offered to him with a kind smile. “ It won’t take two seconds, and thanks to you I can enjoy some jam with mine, it’s a wonderful gesture. I hope that we can be friends.”