I’m not sure. I’m beginning to wonder if they’re all interconnected. Not like a hive mind but like they draw from the same energy or operate on the same wavelength and something just stressed the system enough to collapse it.

Maybe it’s part of a plan to lull us into a false sense of security. If everything goes back to normal it’s easier to throw everything into chaos and leave them more disoriented.

Maybe they just didn’t find any use with Jason seeing as he was with me all the time and clearly not happy with what the others were doing and the rest released on accident.

The one I’m most worried about is the kid that’s still missing. The more I think about the more I start to think maybe Jason was right in saying one of them was trying to feed the Operator again, like Alex was. It makes you think you’re doing the right thing by messing with your mind, and I can imagine it’s a lot easier to trick a high schooler than a college student. Maybe the others were never meant to be involved in this and just got dragged in with their friend.

Everything right now is complete speculation. I have no idea what’s happening or why it’s happening and that’s frightening. The thing I’m most scared of is that they’re somehow going to push Jay back down again.

Yeah mhm keep telling that to yourself Roguefort

#they don't want anyone thinking they're edgy or anything for it smh what a fool, #roguefort cookie, #ask, #ask blog, #ask box open, #art style stay consistent challenge oml
1 notes · See All
askdawnandvernPhoto

Dawn: Well…I don’t know anything about a third agent, to be honest I don’t know much about how biology works in general but from what I’ve been told…well…

Vernon: The science and medical fellas who’ve been workin’ with us since Paige was born have put some theories together about just how my little Honey Lamb was able to get pregnant with my pup in the first place that kinda touch on somethin’ that sounded like that.

Dawn: For those who don’t know, Night Howler has…I guess you could call it a dual property. Sure it can cause savage psychosis in large quantities, but it has also seen use in a vary diluted form as a…erm…fertility enhancement drug.

Vernon: Apparently its been used by a bunch of ancient cultures, they’d mix the stuff with a bunch of other herbs and ingredients that would temper the whole ‘savage allergy’ part, leavin’ behind only the important fertility enhancin’ properties. They were even still usin’ it in legit  'enhancement drugs’ up until the er…first…Night Howler crises complicated the sellin’ and tradin’ of the stuff.

Dawn: As you’d expect, raw, undiluted night howler still has that property, not that it would be noticeable at that time. The psychosis kinda of…keeps all of your emotions pointed in the direction of pure fight or flight, but that doesn’t mean your sex hormones aren’t being affected…and this is where we get to the theory territory.

Vernon: The science boys think that Dawn’ bein’ exposed to so much night howler at once mighta…forced some sorta mutation into her DNA. Somethin’ called a 'gene insertion’ er’ whatever…And that inserted bit o’ code affected Dawn’s fertility…sorta permanently.

Dawn: I mean, it helps make sense of some things…Like my remnant estrus being so much worse than it used to be…and those test results that keep showing trace amounts of night howler still lingering in my system despite repeated antidote treatments.

Vernon: Them experts say that me and Dawn still had a shot of havin’ Paige regardless. But without that 'infusion’, it would have been a one in five million shot.

Dawn: But with the gene theory in place, and the prospect that it is actively enhancing my ability to conceive even outside my species…well…they say it lowered the odds to more like one in two hundred thousand.

Vernon: They still aren’t concrete about any of it. It’s just one of their big 'theories’, and it’s currently the one that fits best, least accordin’ to them. O'course there could be a lot of wrong in there…but I’m cuttin’ them fella’s some slack since they are scramblin’ to make sense of what was previously a long held 'rule of nature’.

Dawn: I’m just still worried about those test results that still show traces of night howler in my blood…what does it mean? Am I in danger? I’m I endangering you, or Allison or Edison? And what about Paige?

Vernon: Hey, hey Honey Lamb…shhh….yer’ alright. *Vernon wraps an arm around Dawn, pulling her into his side* Yer okay Darlin’. Yer family is here fer you, and we know you ain’t gonna hurt us. I know it.

Dawn: Ohh…Puppy…*Sniffles* I love you.

Vernon: Love you too. 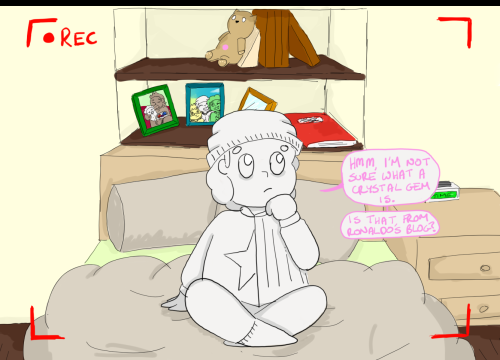 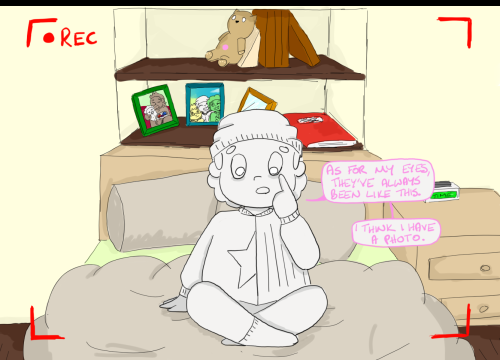 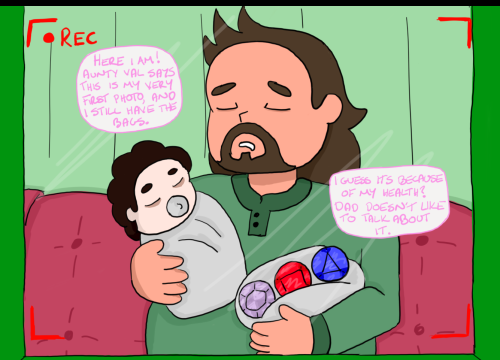 I am sorry to say so, but I do not have strong opinions on either, if only because I don’t have much experience with domesticated animals of my own.  Canines seem to be more useful as companions in battle or for survival in the woodlands of my homeland, so I will choose them.  On a partially related note, Marianne has permitted me to befriend a few of the horses she tends to in the stables, and I admittedly have a bit of a soft spot for them. 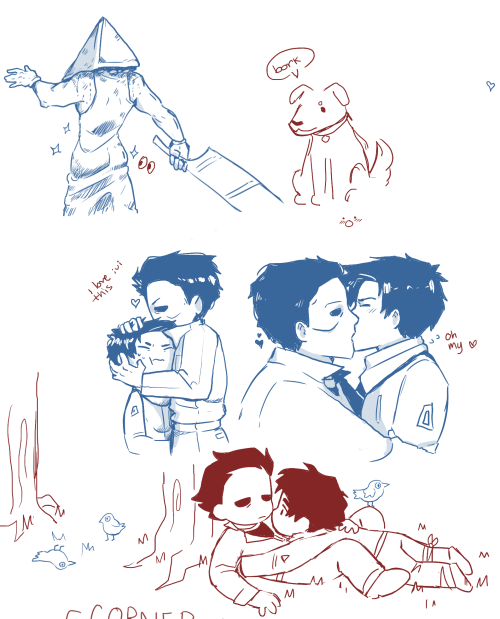 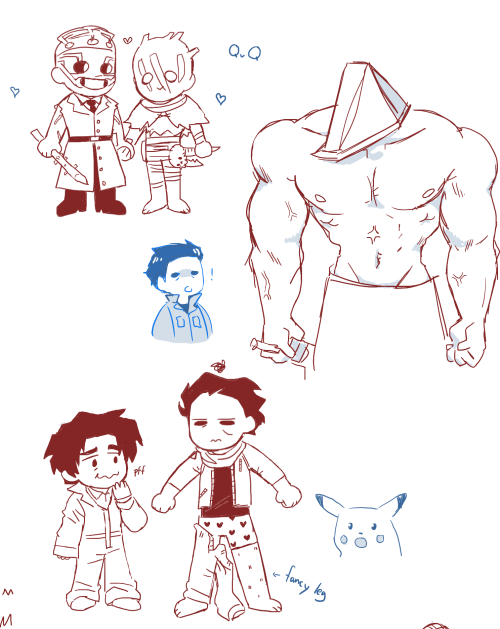 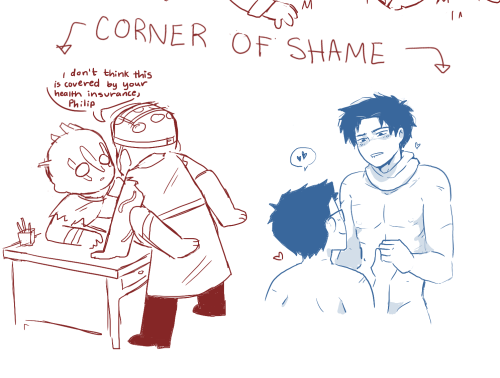 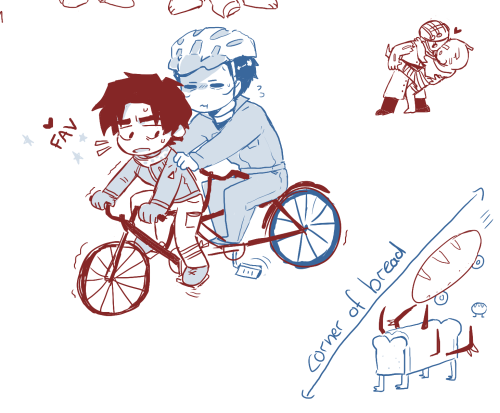 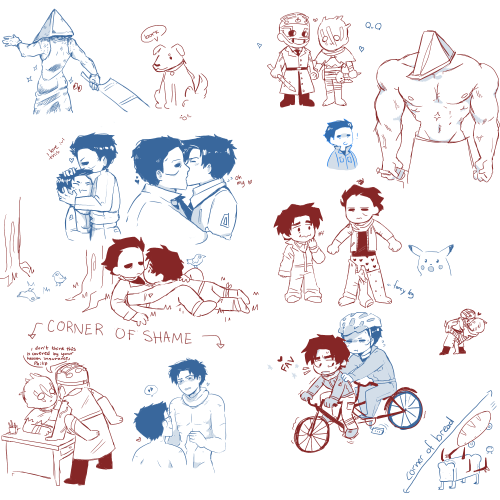 WOAH WHAT A BIG CHANGE HERE

yeah i was just drawing her like I normally do and I just was like “why don’t I try a different skin color?” And…. i. Absolutely. LOVE. IT. I love how she looks now!!! Oh my gosh!! One of my favorite redos by far! And yes i know her outfit kinda looks like Elsa ahaha 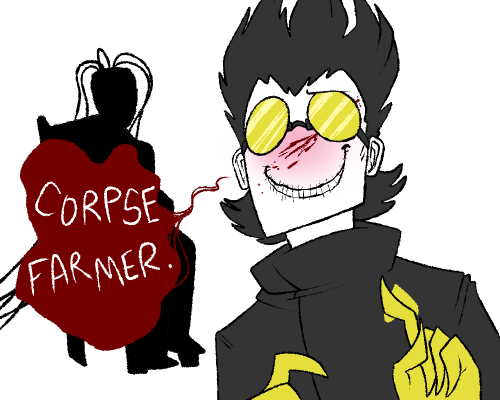 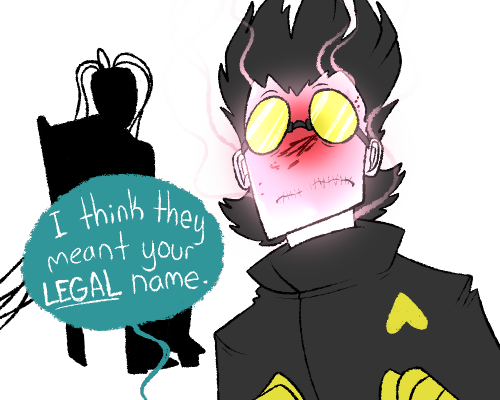 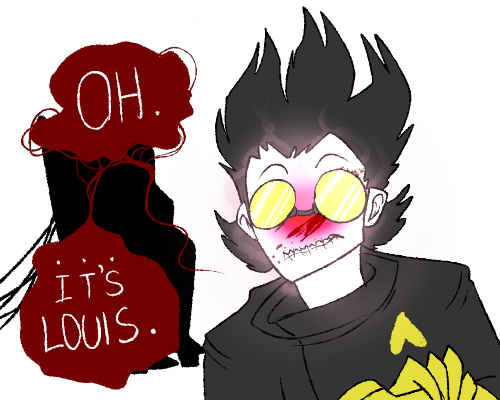 Got some more Dr.Habit stuff! 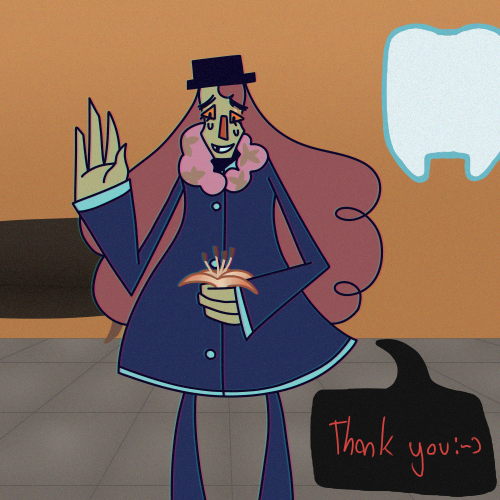 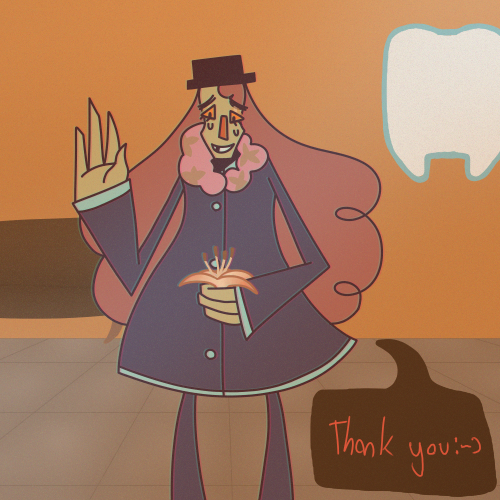 I will forever and always stand with you and fight for you.

I see you baby and I’m proud of you 💞