I know Im too late lol

I just want there to be a tiny chance of someone seeing one of these wonderful  movies if they happen to come across my post. I also want to suggest these movies from the last decade but didn’t make the top 10: Kubo and the Two Strings, Your Name, Kung Fu Panda 2, Inside Out and Lego Movie

Okay, this is random and I don’t have a lot of followers, but I need help. I’m looking for a gif.

It’s from an animated movie (can’t remember where it is from either which makes matters worse). There is an artsy character. Really into art, I think he wears all black. He squeezes his hands into fists and says either “Art” or “It’s Art” in a dramatic way. Possibly an art gallery in the background when he does this.

Help would be appreciated.

#art, #its art, #animated movies, #animation, #dramatic, #gifs, #need help, #looking, #please help, #reblog, #signal boost
0 notes · See All
dizzydaisygettinglazyAnswer
Hi! I was the Mewtwo-murder anon. Thank you for your response! Do you think his motivations differ in the JP script of MSB or the radio drama? Since there is a lot less emphasis on being dismissed as just an experiment.

Hi again! Thanks again for your other question, and I’m glad to hear from you again. If I’m understanding correctly, the question is: Do Mewtwo’s motivations differ in the original Japanese version of Mewtwo Strikes Back and the radio drama, The Birth of Mewtwo, as compared to the other language versions of Mewtwo Strikes Back?

So! This is a complicated answer, because the Mewtwo Strikes Back (1998) scripts are quite different in some areas, and we could have a whole conversation on localization and how it affects characterization. But I don’t think you’re asking for that, lol. It can get really confusing between all the different iterations of the same story, but I’ll try to lay out my response as best I can. I’m going to use the English MSB script as my base of comparison.

This is obviously just my opinion, but I think Mewtwo’s motivations in all three versions of the story are, at their core, quite similar. In English MSB, Japanese MSB, and The Birth of Mewtwo radio drama, Mewtwo is upset that he’s an unnatural being and a product of humanity. (“Am I only a copy? Nothing but Mew’s shadow?”). (“You people? “Humans created me?”). However, Mewtwo does not voice his thoughts as much in Japanese MSB. The dialogue he does have focuses more on the fact that he doesn’t know why he’s there. (“Who am I? Where am I? Why was I born?”). This gives off the impression that he’s blowing up the lab mostly out of frustrated confusion. However, his questions about God and his relation to Mew in addition to his reaction to the scientists’ answers insinuate that he is indeed not pleased with being an experiment, an engineered creation of humanity.

Interestingly, Mewtwo in both English MSB and TBoM share several similarities in terms of attitude and motivation. In these versions, Mewtwo’s tone of voice with the scientists is even more distraught and angry, he’s much more talkative about what he’s feeling and is more outwardly arrogant. (“This is my power!”, “I am the most powerful Pokemon in this world!” are just a couple lines he spouts in TBoM. Do those lines sound familiar…?) He rants about humanity and says that he, not humans, ought to rule the world. This more deliberate approach isn’t technically at odds with the much quieter Japanese MSB version, it’s just that, as stated, Mewtwo doesn’t voice his thoughts as much in Japanese MSB. Many lines were added in English in order to clarify the reasons for his actions, and he’s more wordy in TBoM because it’s a radio drama and was meant to be listened to.

In my opinion, one of the biggest differences in motivation between the three is that Mewtwo in TBoM is much more concerned about his standing against Mew. He feels he has to prove himself to Mew–or to someone, perhaps himself–that he is stronger. He has several encounters with Mew before their showdown on New Island in which he voices these insecurities aloud. (Whether Mew is merely a figment of his imagination in these instances is left ambiguous.) Mewtwo certainly feels this need to prove himself against Mew in Japanese MSB and English MSB, but it doesn’t come to the forefront until the end.

TL;DR: Mewtwo’s motivations in Mewtwo Strikes Back (both Japanese and other languages) and The Birth of Mewtwo are fairly similar. However, Mewtwo can come across as a bit more vengeful in English MSB and in The Birth of Mewtwo due to the additional lines from his point of view. In all of these versions of the story, however, Mewtwo’s motivations stem from being wronged by humanity and his insecurity with being an unnatural life form. His goal is to prove he is the strongest creature alive, because a) that’s why he was made, and b) it gives him an opportunity to strike back against humanity for mistreating him. At the core of it all, though, is his insecurity with himself. If he doesn’t prove he’s the strongest–the one purpose he has going for him–then he doesn’t have a reason to be alive.

#pokemon, #mewtwo, #mew, #mewtwo strikes back, #the birth of mewtwo, #character analysis, #fan analysis, #dizzy speaks, #dizzy's asks, #animated movies, #did this make sense at all lmao, #i have debated doing a whole effin essay on the english vs japanese scripts for msb, #the english version royally messed some stuff up, #BUT ironically i don't think mewtwo's personality was the biggest problem, #this is why we need a fully animated version of the radio drama, #come on pokemon get it together :P, #thanks for the questions anon
19 notes · See All
pnguye57Photo

When I was a little girl, I was really scraggy because of inappetence condition and my mom was suffering a lot in finding a method to help me eat more. I still remember one of her favorite trick was turning on some cartoons which have food scenes in order to visually stimulate my appetite somehow. Surprisingly, that kind of method was pretty effective to me. I always find the food scenes in cartoons strangely satisfying and want to find a way to capture those ‘precious’ moments since the video timeline usually change quickly. Therefore, for the first project in 4D, I chose to create a series of food scenes in animated movies in order to reminisce my beloved childhood and honor my mom for her incomparable love to me. The theme is kind of childish and simple, but hopefully you will find them interesting and aesthetically pleasing.

Not gonna lie y'all, “Ride Your Wave” went for my life. I almost cried

why do animated movies have directors like what are they gonna do?? tell elsa where to stand in the computer-generated snow scene????

It’s like the academy awards judges all over again.

#animated movies, #bip rambles, #can we just respect animated movies?, #for what they are?, #good beautiful movies with great story telling and visuals? good lord, #just because it's animated doesn't mean it's inferior, #also httyd 1 and 2 are tied for first place on my movie list oop, #how can you pick one? also rotg is on there too, #be mad about it, #animation rocks, #animation
2 notes · See All
dimashdqText

So I’m looking into the big animation studios- the ones that produced 3D animated feature films for movie theatres.

I’m just trying to track down what Disney owns and who is competing against them.

I’m sure there’s more Disney owns but now I’m trying to look Into the companies that compete with them.

This is a list that either has the movie under the production company or the distribution company. Also there’s so many Collabs between studios it’s driving me crazy trying to put them Into categories.

7. Rainmaker (escape from planet earth, a bunch of Barbie movies, ratchet and clank movie, surfs up 2 {collaboration with Sony}

That’s all for now I give up. 😵 Please feel free to share corrections or add on.

Which studio is your favorite????

And how do you feel on whether Disney should buy out their competition?

Like the whole fiasco of trying to get Spider-Man. Seems like they win more by buying DreamWorks over sony pictures. Are they still trying to get spidey? For free??? Or a good price. Would they get spiderverse and venom if they got the spidey movie rights from Sony?

Don’t get the wrong idea- I’m not pro-Disney buying everyone and everything. I just hope these other studios keep going. Because while looking up studios I found some that don’t make movies anymore. 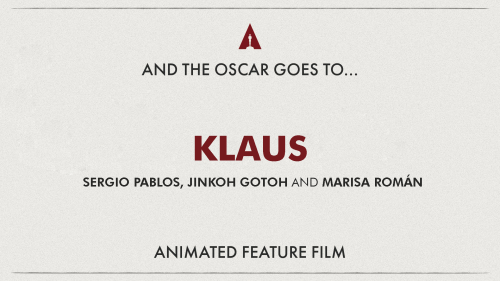