Denji: Kishibe told me I need to start thinking before I act

Denji: So if I smack the shit out of you, rest assured, I thought about it and I am confident in my decision 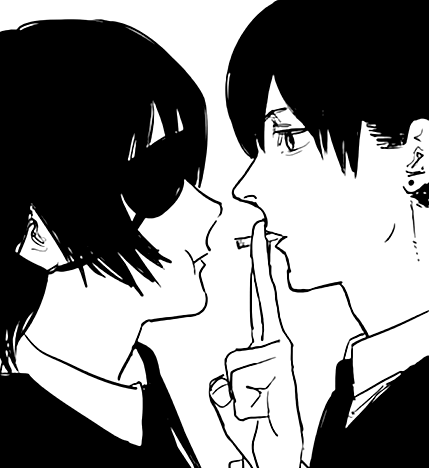 Nayuta: I’ve done nothing wrong, ever, in my life

Denji: I know this and I love you

Power: Frankly I’m offended that you’d ever think it was me who set the kitchen on fire

Power: No, it was. I’m just offended

Personality
Introverted and quiet, Himeno doesn’t often speak to people; only doing so with those she’s most comfortable with. She doesn’t do well around strangers or in crowds and despite her age, is very shy. Himeno cares deeply for her family and though she would do anything to defend and protect them, she easily scares herself and can rarely stand up for herself. Himeno has a deep fear of aggressive people, resorting to hiding from anyone who seems to be violent, as it reminds her too much of the men who took her family from her.

Appearance
Average height for her age; light blonde hair cut short and brown eyes. She often wears plain clothes, and can be seen with a somewhat nervous and worried look on her face. However, when in the company of her fathers and brother, Himeno smiles more often than usual and even looks content with herself.

History
Himeno was born into a normal enough family and as an only child. Her parents loved her very much and showed that to her each day. However, her loving family was torn apart one evening when two men broke into their home; her parents hid her inside a closet in their bedroom, though it didn’t stop Himeno from witnessing the men shooting her mother and father before her young eyes. Naturally, this scarred her for a very long time, if not the rest of her life, and it wasn’t long before she was sent to live in a home as she didn’t have any other family who could take her.

Himeno spent time from the age of 7 to 14 in the home, keeping to herself and rarely, if ever, talking to anyone. She did attend school like every other child in the home, but didn’t make any friends due to her silent nature and lack of social skills. While she was purposely mute and alone, Himeno was far from stupid or deaf. She knew those around her only pitied her because of how she lost her parents, but said nothing of it. After all, if it kept them away from her, then she didn’t care. She allowed them all to say whatever they wanted about her, whether it was the truth or not.

However, shortly after her 15th birthday, Himeno came across a Spanish pair of men and for reasons she still doesn’t understand, they formed a deep connection to one another which caused the men to quickly decide to adopt her as their own daughter. Compared to other couples interested in adopting her, Himeno was very happy to be with the men, entering their lives eagerly. It wasn’t long before she bonded with her new fathers and her new adopted brother, Jamie, and as time went by, Himeno has learned to smile more, enjoying her life once again in a family she loves dearly. 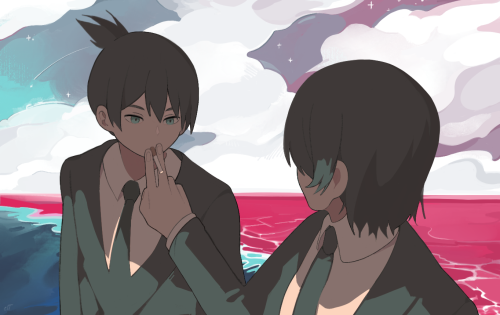 Denji: If I die would you miss me?

Makima: It’s cute you think death will let you scape this relationship

Denji: when I get murderer can you make sure I’m an unsolved case? I want to be in buzzfeed unsolved

Nayuta: that was my original idea

power: my hobbies include being right and petting cats

Kishibe: What state are you in?

nayuta: I’m not in a state because Japan doesn’t have states