We looked inside some of the posts by gaycrackshipper and here's what we found interesting.

Xue Yang and his fabulous hair | The Untamed ep.37 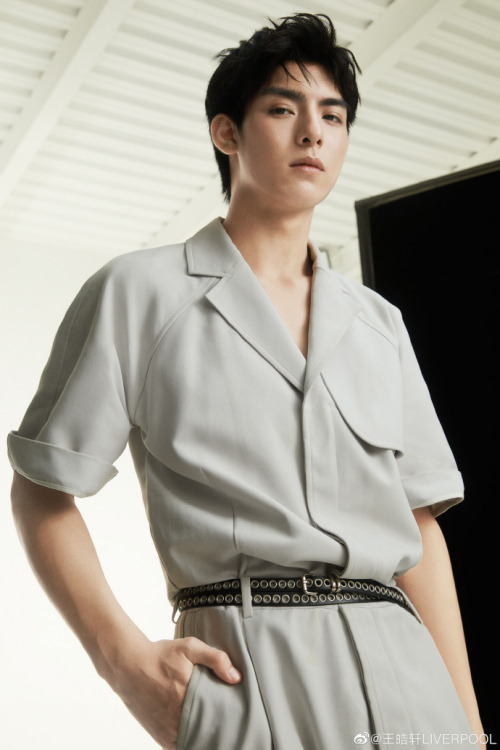 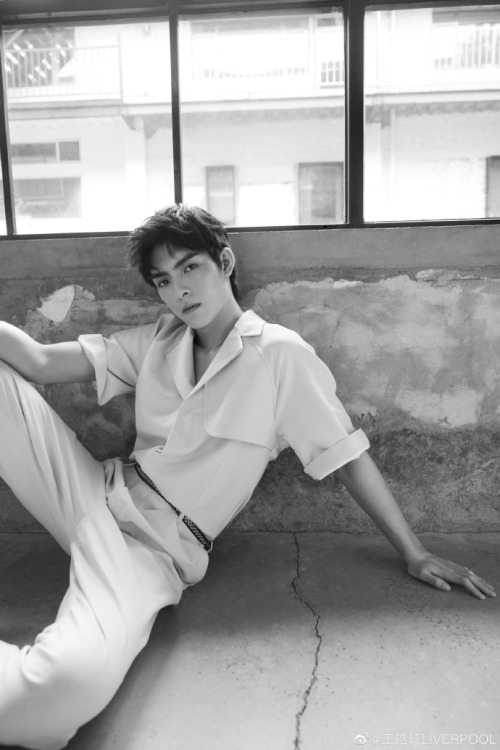 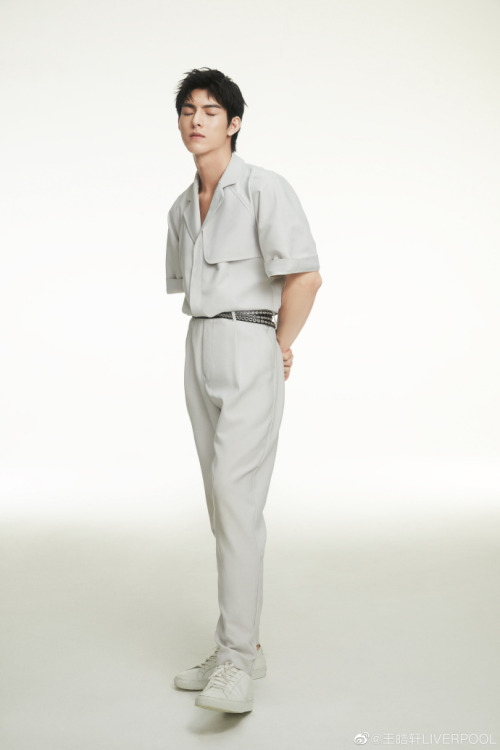 I think I’m dying. This is gold.

This is, unapologetically, my favorite sword!!

gif request for @lanwangjischanel: WangXian with lyrics from SHINee’s, “Countless”

Xiao Zhan as Lin Xiuya in Battle Through The Heaven: Episode 41

These two need to dance together more.

Wang Yibo looks so happy to be dancing with Xiao Zhan. 😊

This is a fun video and all, I made a funny tweet about this myself but FOR REAL THOUGH,

Anybody who knows Yibo knows that he’s… Well he’s different. He doesn’t fake being polite, he straight up calls people out who makes him uncomfortable and he doesn’t really like to socialise.

Xuan Lu herself said that it takes a person like Xiao Zhan to bring Yibo into conversations.

Now back to Yibo who is quite closed off: clearly he takes time to warm upto people which is why it makes sense that he’s only close with Uniq members, seeing as they’ve been together for years.

But he’s SO comfortable with Xiao Zhan, almost as if he’s more comfortable around him than the members he lived together for years with.

Obviously XZ and YB became close during the few months of shooting of ‘The Untamed’ which is why their bond is even more special. They grew close at an accelerated speed within those few months.

Looking at their personalities (especially Yibo’s who rarely even SMILES ) it’s safe to say that the pair are extremely fond of each other.

Even during TU BTS, Yibo is either playing around with XZ or he’s by himself just sitting there and looking pretty.

In the above video also you can see he was just in the corner but meekly cut in and said “It’s because you’re handsome”.

My point is, their bond is really fucking strong and I’ve only seen one other group of people that are this close and that’s BTS but their dynamic is totally different because they’ve been living together FOREVER and they have personally been through so much together so it makes sense.

So Wangxian having this much of chemistry and bonds that as my friend likes to say “coincidences” are almost too much for just to be dubbed as coincidences.

There’s also the fact that Yibo is quick to deflect any questions regarding marriage and old age directed at Xiao Zhan. They were asked about marriage and Yibo jumped in and passive aggressively shut the interviewer down even when the question was directed at XZ mainly.

Not to mention how at a concert or fan meet he knew XZ had a bad backache (his waist was injured) he let XZ win in that tug of war where they were attached with a band on the waist. That was really sweet and thoughtful.

I was honestly taken aback by how Yibo compliments and teases XZ and going as far as to actually blurt out that he loves him infront of everyone.

I have also noticed that Yibo refrains from making hurtful comments even as a joke to XZ. Like with the uniq members he’d just go off (jokingly ofc my bb is not a meanie) and according to this interview where XZ refers to YB as a 'little’ friend he gets so offended because he doesn’t want XZ to see him as a kid. He says he doesn’t consider XZ as old either.

In that industry you’d be happy to have people coddle you and think of you as their junior but YB doesn’t want XZ thinking he’s some tiny kid…. I’ll let you think about the reasons for it.

Again, Yibo thinks he’s the hottest shit and doesn’t really compliment others yet with XZ he’s all rainbow farting and I think that’s so beautiful.

Honestly the leg hair part was so funny lmao

but in all seriousness, he legit chased XZ around the room complimenting him I’m???

I feel like Yibo compliments him purposely just to see XZ blush and get all flustered.

I’m 21 y/o and I think I know flirting when I see it okay lol. Being an ARMY I’ve seen so much of delulu shippers and theories and the whole sharing /matching clothing stuff are just stupid because as I mentioned before, BTS are a whole other complex dynamic plus when u live together with friends you obviously share jewellery and clothes.

But that’s not the case with actors is it??

First of all, they don’t spend time together aside from shooting unless maybe to have drinks or something but with busy schedules it’s almost impossible so I highly doubt those friends meet up and talk about fashion and matching jewellery then and they don’t live together so…

Wards are meant to be broken

So, in conclusion: I think whatever relationship wangxian have is beautiful and that Yibo is extremely, absolutely, undeniably infatuated with Xiao Zhan and vice versa.

That being said, I’m glad Xiao Zhan and Wang Yibo have each other because it’s really easy to feel lonely when you’re at the top. You need someone who truly understands.

Who is the most extroverted?

Yibo: Xiao Zhan. I just felt close. He has a good personality and it just feels like he’s easy to get along with 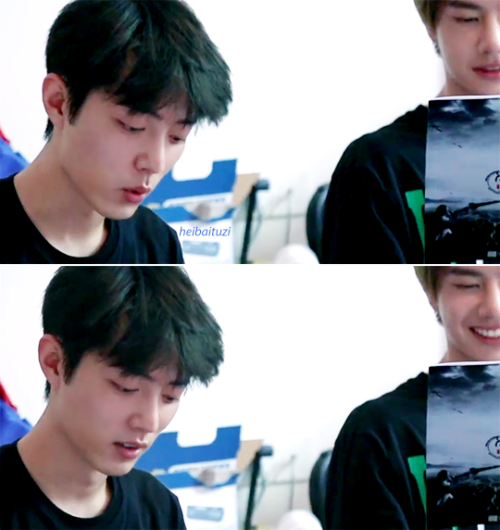 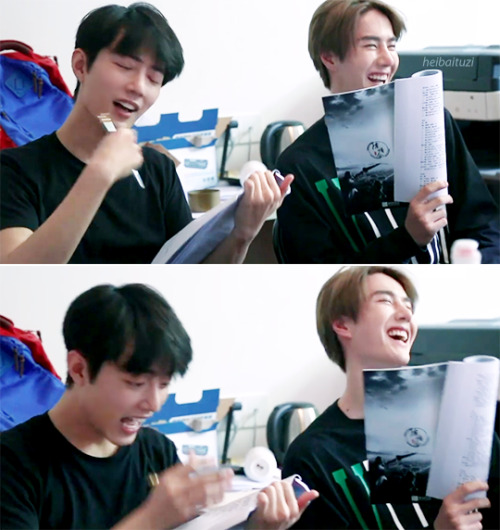 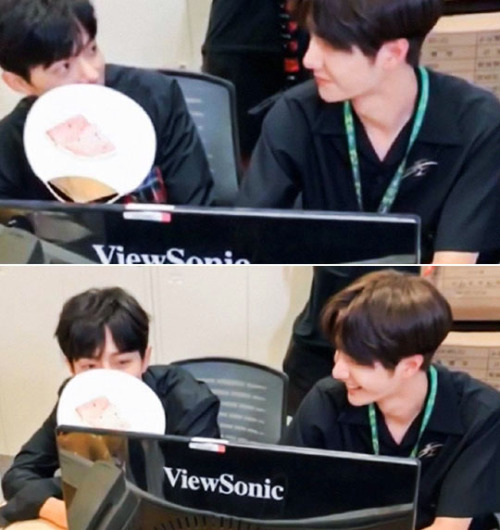 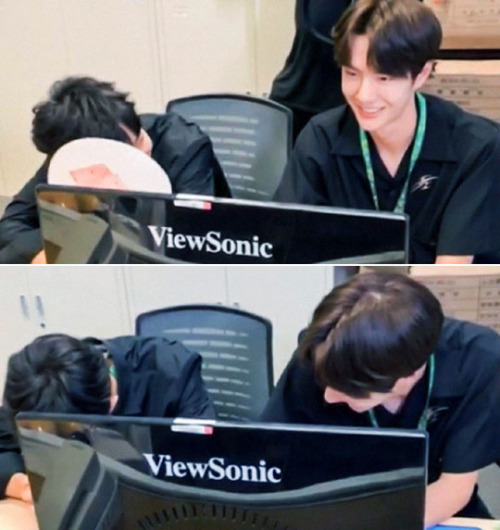