Come with us loser we are going Christmas shopping!!

Its December and its time to shop!!

The first season of The Casagrandes belatedly ends with a brief crossover and George Lopez.

Despite a misleading promo, it was a great way to wrap up the first season.

For a review of “Cursed!”, feel free to keep reading. There will be spoilers.

It’s almost Thanksgiving! And a vastly diffrent one than in recent memory: Most of us are slimming down family gatherings to just whose in our house, you know because theirs a pandemic going on and it’s not worth risking your life for it. To those either guilting their families into it or doing so because MAGa or some such I only have this to say.

Speaking of Black Friday i’ts spread over a week and it’s cyber deals mean I got a ton of graphic novels for a dollar a piece and my christmas shopping almost done. So in other words, boo Maga, yay safe and responsible captalisim.

But while the holiday may be diffrent, as well as the pseudo holiday attached that spawned a wonderful musical and many many injuries, one thing stays the same; Holiday Episodes. And despite being the less popular of the three holidays, Thanksgiving still produced tons of great holiday episodes and specials. And with everything being so busy I simply didn’t put too much thought into what to do for Turkey Day.. well okay the day proper i’m going to eat, spend time with family and watch a bunch of mystery science theater 3000, stay the course even in these troubling times, just with only the 4 other people who live in my house. But in terms of episodes I thought i had nothing.. then I started actually thinking on it and what do you know I have three things I want to do for the holiday, though one might wait till next year, and possibly a fourth. But given my workload currently, i’m not one to back away from a challenge, so welcome to a three or four course meal of reviews. First course: The Loud House thanksgiving special, the loudest thanksgiving.

I originally wasn’t going to do this one, mostly because due to my large workload and constant battle with procastination, I keep having to push back the latest episode review, and I have to do that one soon, as there’s a new episode in december and a christmas episode i’ve put off watching for far too long , as I INTENDED to watch eleven louds a leapin for every chirstmas up till now and never got to it before the season was over.

But just like elven louds.. Nick forced my hand.. and by that I mean the SPINOFF got a thanksgiving episode that’s also a sequel in some fashion to this episode. If I wanted to cover that episode this thanksgiving or the next I had to at least watch the original. And frankly, this close to the holiday there was no reason not to review it. So with that out of the way.

Let’s Get At Er. This is The Loudest Thanksgiving… after the break

this family is big 😳

The Chibi House, this time in individual funds

The Louds chibi version (or so I believed when making them).

I was tryin to draw Lori Loud, but for some reason every time when I try to draw someone from Loud-Cassagrandes show, I eventually make something freaky. guys, sorry for the delay, today I bring you Lori dressed as Jotaro Kujo, I’m going to take a break from this theme so as not to bore you with the same thing, well I hope you like it 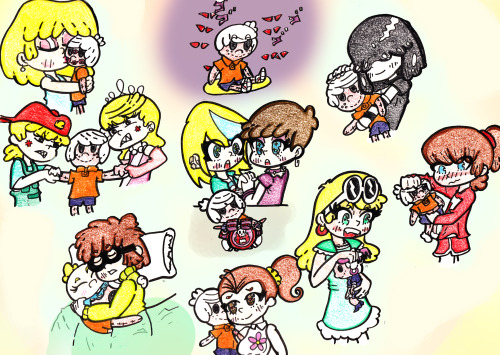 Right now Lori’s finally at an age that she can legally vote in an election! @coconuttyglittersmurf suggested this as something fun for me to do to ease anxiety about what’s going on now. However, I did went out and vote! How about you? 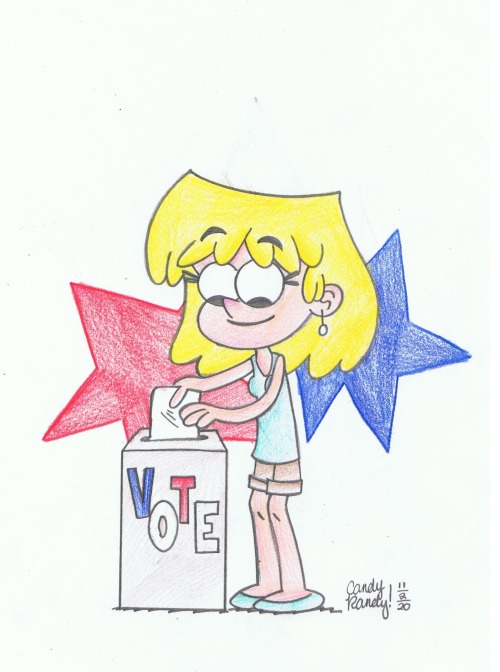 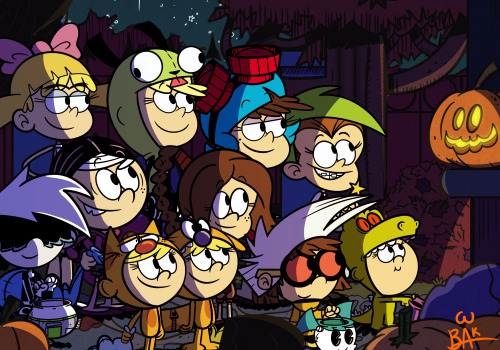 Its hard to say goodbye to those that are leaving :*(