This is the first musical I can remember watching, and I have to give it credit for getting me interested in musical theater. I’ve never wanted to be on stage myself, but I love watching. I don’t like calling it a musical, though, because it’s more than that. It’s one of my favorite movies, and I could watch it forever. The singing, acting, dancing, story are all on point. This movie is like a part of who I am. It’s a masterpiece.

#ciaran hinds, #AN ANGEL, #literally, #the purest soul on earth, #i dont want to get cheesy, #but my love for him is overwhelming and seeing him smile makes me the happiest person alive, #gifs*
51 notes · See All
adamwatchesmoviesText

While watching 2004’s Phantom of the Opera I had to seriously consider whether this film would be any good if it weren’t for the musical score and the songs. Before we get into this question, what’s this movie about?

In 1870, Christine Daaé (Emmy Rossum) is a performer at an opera house and has caught the attention of the building’s most famous resident, The Phantom (Gerard Butler). Through murder, sabotage, and blackmail, the masked man who lives beneath the building is determined to make Christine into a star. Unfortunately for him, Christine’s talent has attracted the attention of her childhood sweetheart, Raoul (Patrick Wilson).

This movie looks and sounds terrific. The sets and costumes create a grandiose scale to the entire production. From the operas within the film to the Phantom’s dark catacombs, it’s a visual feast. The scene where Christine is swept off her feet by the Phantom and brought down to his underground lair is incredible. She is entranced by his mystique and sex appeal to the point it makes the tunnels look like a palace. That first look at the Phantom’s lair embodies everything good about this movie.

It’s hard to say exactly it is what brings this distant adaptation of Gaston Leroux’s novel down. It’s several accumulating factors. First, the characters. The Phantom is interesting, if only because he’s a talented maniac. The other sides of the love triangle are bland. Several of the side players are two-dimensional cartoons. The best example has to be Christine’s rival, Carlotta (Minnie Driver). She even has the shrill voice and toy poodle hanging around her all the time to hammer in that she’s an intolerable primadonna. There’s no middle ground, which makes it hard to care about what’s happening when there’s no music. Director Joel Schumacher sometimes has the characters speaking in rhyme, sometimes has them talk normally. It distracts you further and makes the outlandish moments feel out of place. When there are action scenes, they’re not well shot and poorly coordinated. You’d think with Gerard Butler and Schumacher, both with big-budget action movies under their belt, this would’ve been better.

Overall 2004’s The Phantom of the Opera is pleasant. It isn’t the definitive telling of the story, unfortunately, which means there’s not much to watch it more than once. With numerous adaptations available either as classic black-and-white (or even silent) films or performed live, you can do better. I won’t dismiss it outright. The visuals and music are that good. In other ways, it leaves much to be desired. (On DVD, December 18, 2014)

a little provocation from the old play…

Troilus and Cressida by William Shakespeare

In 1990, in the Swan theatre, Sam Mendes’ production of Troilus and Cressida was very well received, and particular praise was given to Ciaran Hinds’ performance as ‘a balefully magnificent Achilles’ (Wardle, 1990), ‘a dark, mocking hoodlum in leather, who might be on loan from a Los Angeles street gang’ (Nightingale, 1990).

Reviewers stressed the chilling, sinister nature of the portrayal of the character by Hinds: R. V. Holdsworth (1990) called him a ‘contemptuous psychopath’ and several other reviewers referred in passing to Patroclus as his ‘lover’ or his ‘boyfriend’ (for example: Taylor, 1990; de Jongh, 1990).

The relationship between the two men was clearly depicted as homosexual, including the use of contemporary visual references such as black leather, but by 1990 there was no gasp of shock. It was no longer modesty or distaste which relegated the nature of the men’s relationship to a subclause in a review. It had become an accepted convention of the play in production.

The review in the Guardian, by Nicholas de Jongh, was particularly interesting, since it compared the 1990 Achilles with the 1968 version: ‘Ciaran Hinds as the bisexual Achilles, in an astonishing performance which even surpasses Alan Howard’s once definitive portrayal, prowls suave, quiet and watchful in black leather and a nasty smile. He exudes all the charm of a python – except with his boyfriend Patroclus’ (de Jongh, 1990).

During the run at the Swan in 1990, de Jongh used the term ‘bisexual’ for Achilles, whilst most other reviewers were concentrating their description of the 250 character on his threatening, sinister quality. By the time the production transferred to the Barbican, a year later in the summer of 1991, there had been an enormous increase in the frequency of the use of the word ‘bisexual’ to describe Ciaran Hinds’

Browsing Amazon tonight and I spotted that The Man In The Hat is due for release, in the UK at least, on October 26th!

just an experiment, practiced in watercolors 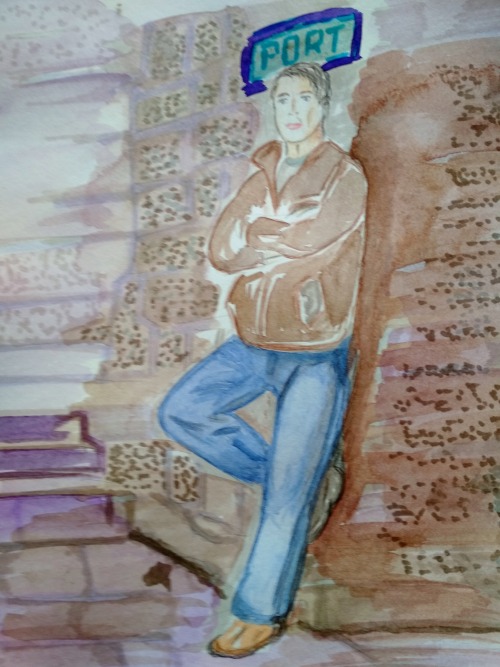 Ciarán Hinds, in Game of Thrones 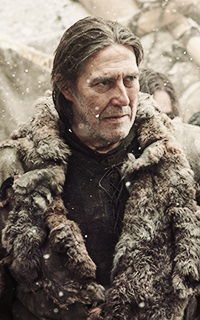 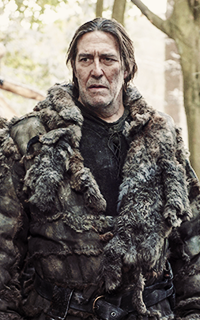 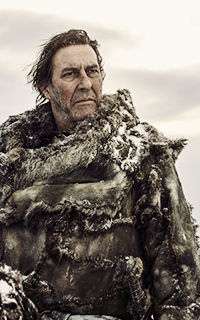 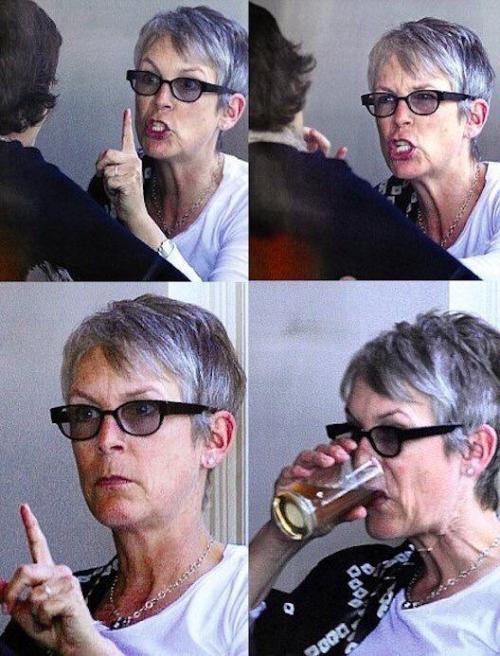 “No matter what I have, or do in life, there always is this feeling that there is more. I am always searching, always striving for those moments when you do touch greatness, or whatever - when you even disappear for a moment then come out the other side and everyone has come with you and you’ve gone with them. That, in the end, is what acting really is all about for me.”

#ciaran hinds, #i get emotional when i compare the first and the last gif, #35 years of career between one and the other, #he only needs his voice and presence to dominate the stage, #also this week I've been obsessed with the fact that he had to prepare richard iii in 8 days, #there's nothing he can't do, #gifs*
36 notes · See All
richardarmitagefanpageVideo
#richard armitage, #astrov, #toby jones, #vanya, #rosalind eleazar, #yelena, #aimee lou wood, #sonya, #anna calder-marshall, #nana, #dearbhla molloy, #grandmaman, #peter wight, #telegin, #ciaran hinds, #professor serebryakov, #uncle vanya, #anton chekhov, #conor mcpherson, #ian rickson, #the harold pinter theatre, #theatre, #london, #england, #uk, #sonia friedman productions, #posts, #twitter
28 notes · See All
richardarmitagefanpagePhoto 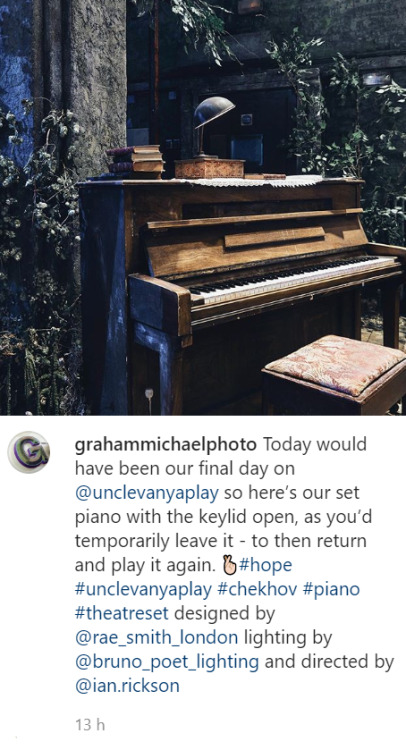 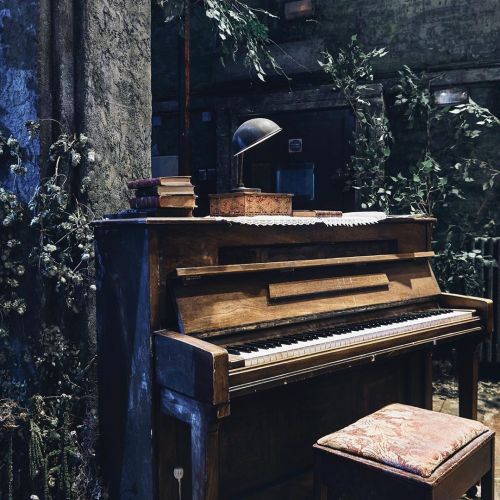 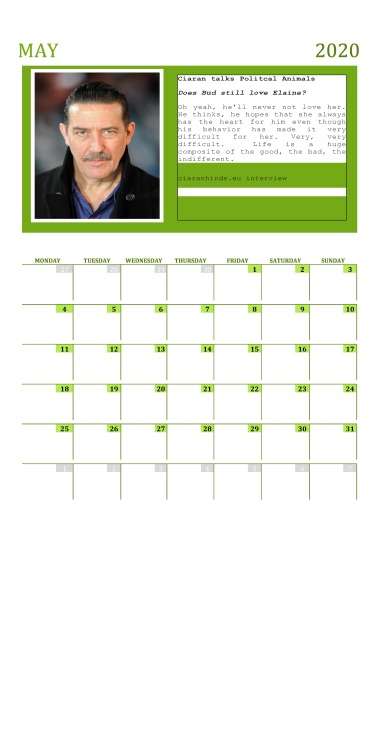 #ciaran hinds, #the eclipse, #nothing breaks my heart more than seeing him cry, #he construes so much emotion with his eyes alone, #the pain and suffering he is able to portray within such a minimalist role is so damn powerful, #such a subtle perfomance, #all those shy smiles have me on the verge of tears, #so soft and cute and beautiful, #my god, #I CAN'T, #i love him so so much that there is no way to put it into words, #everything about him is pure perfection, #anyway I could go on forever talking about ciarán so I'll stop here, #gifs*
54 notes · See All
pedroam-bangPhoto

“Every city has its secrets" 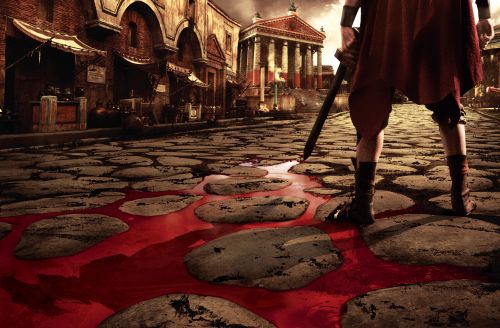 #ciaran hinds, #i'm........speechless, #another post to remind everyone why this man is perfect from head to toe, #/those hands on me now/, #every day for at least a second i think about the moment i shook his hand, #HOW DID THAT HAPPEN, #h o w, #gifs*
53 notes · See All
elainefanblogText

In fact, it’s one of my favorite Ciarán film.

Ciarán’s performance, as always, is magnificent, captivating! He managed to capture the essence of Rochester like no other!

That of a complex, arrogant and ironic man.

His dry and intelligent sense of humor.

The intensity of his passion, which is not felt in any other adaptation.

.His pain and anger.

Two of my favorite scenes are the Rochester duet with Miss Ingram. Hearing Ciarán sing was a delight for me!

And the fire scene …this photo is worth a thousand words!!!

For all this, for me, Ciarán Hinds IS Edward Rochester!!!

Ciarán Hinds as DCI James Langton in Above Suspicion | S03E02

#ciaran hinds, #above suspicion, #having a snack at the house of a possible suspect as it should be, #do we need this many gifs of ciarán eating toast? yes, #today i should have been in london seeing him in uncle vanya 😔, #gifs*
28 notes · See All
Next Page