Like eat too many and your clanmates won’t wanna be around you because you’re fart'n so much!

Just hope Arcanist never opens a portal to THE DOG ISLAND! (I have it on Wii!)

That’s the most common type of butterflies on the island!

They’d be farting up a storm, literally if they’re of Wind origin!

(Also that would not be good to have huge dragons with the potential to eat meat in games like that in general!

Just one meat eating derg could probably decimate both islands in no time at all!

Wonder if the dogs could communicate with the dragons, or if they’d be just another predator to avoid!

They’d better avoid Petz Dogz 2 especially since your avatar dog *spoilers for the end of the game!* has to fight one to get to Ivlet, who especially post game, knows how to defeat a dragon- with a little help from the wizard brothers!)

#flight rising, #dragons, #fr, #white cabbage butterflies, #farts, #farting, #gassy dragons, #cabbage, #butterflies, #the dog island, #petz dogz 2, #wii, #The dogs would most certainly be in big doo doo if a dragon came through a portal to their world, #then again so would we!, #we'd be screwed royally!, #maybe sniff masters- the wizard duo- the main character dog and their parents could stop a dragon, #though they'd prolly have A LOT of trouble with a level 25 statted and stoned derg!, #run dogs run!, #dragon attack, #unless it was a Tun Tun or a Fae- those'd prolly be safe to hang around for the dogs!, #Maybe Snaps!, #hmm...fish eaters like Coatls and Ridgies could also prolly be fine to co-exist with!, #these islands don't have the same tech and such that Beastclans have and a lot of them got smothered by the dergs arrival, #and they're still fighting dergs hard to this day!, #WC's- Guardians and Imps would most likely be the most dangerous with Bogsneaks and Spirals following close by!, #Especially Guardians and Imps who can eat meat and can eat a lot due to their gargantuan size!, #Hopefully if the dogs can understand the dergs-some of the more peaceful ones could make protection pacts with each other, #swearing not to attack each other, #And only doing it for food if it was a last resort!, #though if a dragon could come through to the dog world- why can't that reverse? A dog becoming a FR derg?
1 notes · See All
cmm460Text

The day finally came for David, Ethan, and Jeff to head to Las Vegas for David’s business trip. They had been excited for this day to come and looked forward to hanging out with each other during the week. They arrived at their destination later that same day and went to the hotel suite David’s company booked for them. It was a nice big room, with two separate bedrooms and one bathroom. They loved this arrangement as it meant they’d all be sharing a bathroom. Ethan had commented, “We are just guys here, no need to be embarrassed about having to share a bathroom.” David and Jeff eagerly agreed and acutely aware of the sexual tension that was growin. David took the room with the king-sized bed and the guys took the other with the two smaller queen-sizes. They brought their bags to the rooms and began to unpack. David eventually came in the room and asked what they wanted for dinner. Both decided on Mexican style. David did not reject and they went to the restaurant across the street from the hotel. There, the three pigged out on the buffet style food. David was always a hefty eater and had very large portions of beans and cheese enchiladas. Ethan and Jeff looked at David with amusement and David couldn’t help but notice. Cheese and beans always backed David up, giving him a lot of gas and constipation. Since Ethan was used to it and Jeff heard him fart before he didn’t bother holding off. It was all playing into his strategy for the trip. He wasn’t going to change his private habits around anyone he was comfortable around. They finished up and headed back to the suite for the night.

Jeff was a fit young guy a couple of months older than Ethan. He was good looking with soft brown eyes and hair. He had a nice big ass to go along with it. The men in his famiy tended to have asses chunkier than usual, but he didn’t mind the attention it gave him. He is bisexual, but prefers males. The two had experimented with each other early on and often confided in one another about their sexual desires. They realized their fart fetish during their junior year of high school when Jeff farted in front of Ethan while they were pissing at the urinal. At that time, Jeff blushed after releasing his fart, but was surprised by Ethan’s reaction when he gave his thick butt a nice tap. Since then, they farted openly in front of one another and often got excited when they heard other guys in their class fart in the bathroom or locker room. Jeff couldn’t get the image of David’s fart habits out of his mind. Ethan told Jeff stories of how he and his dad had farting contests, a game that Jeff often did with his dad. Jeff was always turned on by those stories and was happy to have joined his friend and his father on this trip.

When they got back to the room later that night they got comfortable as they began settling in. It was a Saturday so David was off work until Monday morning. Jeff was wearing a tight, dark-grayed t-shirt and blue shorts, Ethan was wearing a similar red t-shirt and black shorts, and David was wearing gray sweatpants that hugged his ass perfectly while wearing a light blue t-shirt. He liked sleeping in his boxer briefs and would always strip to his undies before going to bed. The three were in the main room, with Ethan and Jeff sitting on the leather couch and David sitting on the leather chair nearby. They were doing their own thing, playing on their cell phones and watching the local news station on TV. It wasn’t long before Ethan began farting around. The other two gave him smirks and he’d smirk back. Being a hefty eater always plagued David with heartburn, so he went to his bag to get an antacid. He returned to the room with Alka Seltzer and assumed his seat in the leather chair. Ethan had commented “Those Alka Seltzer tablets make you fart a lot dad. You sure that’s the best thing for you to take right now?” “I’m so backed up right now that getting these farts out of my system will make me feel better”, David replied. “Besides, you are the one cutting muffins.” Jeff laughed and proceeded to shift in his seat, ripping out a nice, bassy ripper that blasted off the leather seat. “Mmmmhmmm”, said David with encouragement. The antacid was helping with David’s heartburn, but it was giving him massive gas, both ways. With the TV volume on low, David let out a loud burp that made his son and Jeff chuckle. “I’ve got a big one brewing in me guys”, David replied. “Who wants to pull my finger?” Jeff readily obliged, pulling David’s finger. The result was a huge, deep fart that lasted about 4 seconds. David muttered a relieving sigh of relief, getting the other two aroused. “That was huge Dad!”, said Ethan. David gave his son a smirk and then thanked Jeff. “The pleasure is mine” Jeff commented, readjusting himself. “I don’t mind if you have to fart like that some more.” “Likewise”. Ethan was taking this all in, but before he could respond he farted loudly into his seat on the couch. “Excuse me”, said Ethan. “Mmmhmmm”, said David once more. The three men chatted over the next hour, each one farting shamelessly in their seats every couple of minutes. They were loud muffled rumbles, scenting the room with a mixture of gas odors. “Say, we are three gassy guys here. Why don’t we get more comfortable?”, David said. “It’s not like we have anything to hide.” And with that, the three guys took off their pants and stripped to their undies. Each preferred boxer briefs, David’s were dark blue, Jeff’s a green color, and Ethan’s were light gray.They had big butts, which were held snugly in place. David and Jeff complimented each other and their firm asses, giving each other taps on the butt. Jeff decided to catch a selfie of himself at the moment, posing for the camera and farting in the process. The three men still had plenty of farts to go around as the night drew on.

Is farting as bad as breathing at spreading COVID-19?

A quick video I threw together two months ago… I was too much of a chicken to post it back then but now, here you go;; 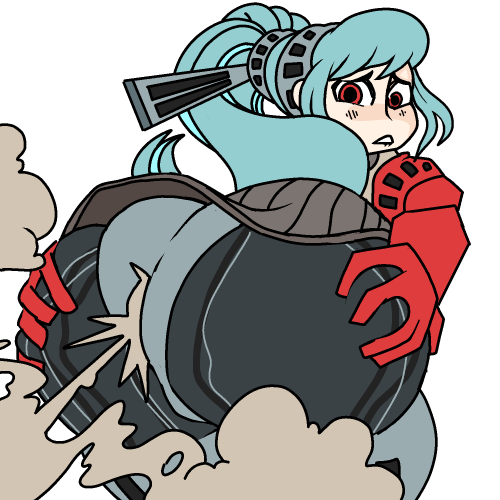 Thank you!! I’ve been thinking about this ask for some time, here’s what I could come up with!

Dylas has the tendency to get gassy from dairy especially, which is a shame, since milk porridge is his favorite food and he often gives himself a bloated belly by eating it. He’s the type to try overly hard to hold his gas back, so he struggles with a strained, loudly groaning belly all day, before he finally releases it all once he’s alone - or using it to torture Doug.

Okay so this is really off-point but like. I’ve seen some of the complaints about Master Of Disguise is that it’s “reduced to fart jokes”. Personally, I would prefer fart jokes over sex jokes. Secondly, it made sense to me? His whole condition?

I had really bad teeth as a kid. 10mm between my top and bottom because I had an underbite and an overbite. Some of my teeth didn’t meet. They originally thought surgery might be needed (fortunately I kept up with headgear and only needed braces for about six years.) Anyways, I had issues with how I eat and tended to swallow a LOT of air. Paired with some gastrointestinal issues, I wa gassy. I still am.

So, we have Devlin B? Laughs and farts? When he laughs he probly inhaled a TON of air. Maybe even swallows it by accident. Air from previous laughing fits is in his system. Bubbles galore. So when he laughs, the clench of his abdominal muscles probably pushes them along, and he farts. And the cycle is repeated. (It’s also possible he has gastrointestinal issues and/or other problems that causes gassiness, which is pushed when he laughs.)

Anyways, I’m way overthinking things but from the way I see it, it was a semi-relatable problem, and it was hella funny.

(this was actually really funny to write omg)

Leonie farting on Lysithea by lazei 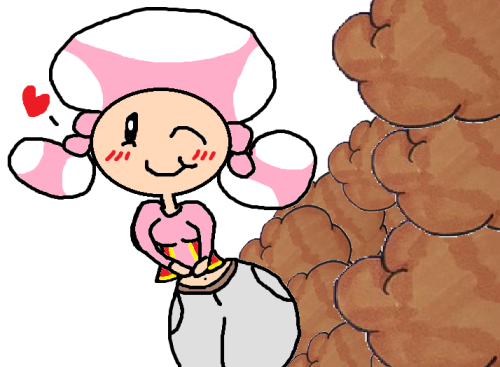 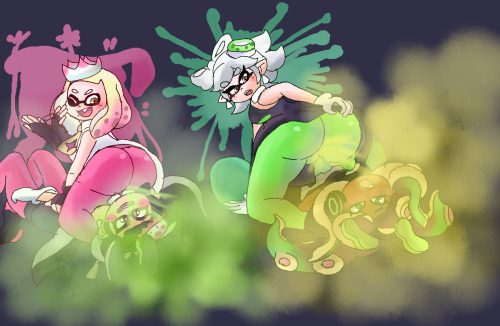 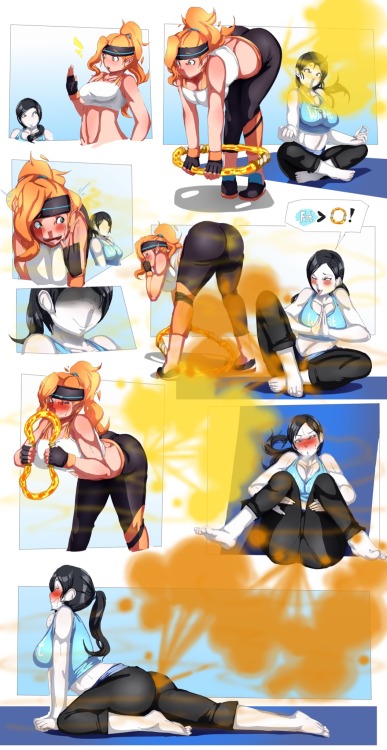