I hit a development snag on Nightmare City while I’ve been slowly flourishing a plot outline for X-Wasp. I’ve been sketching Tape Ghost and this college student character at work to just vent something out and hopefully get myself in the mood to develop more of Nightmare City. I know where it starts and where it ends, the meat behind it needs more time. I haven’t given them names yet but I felt like drawing something for them out. 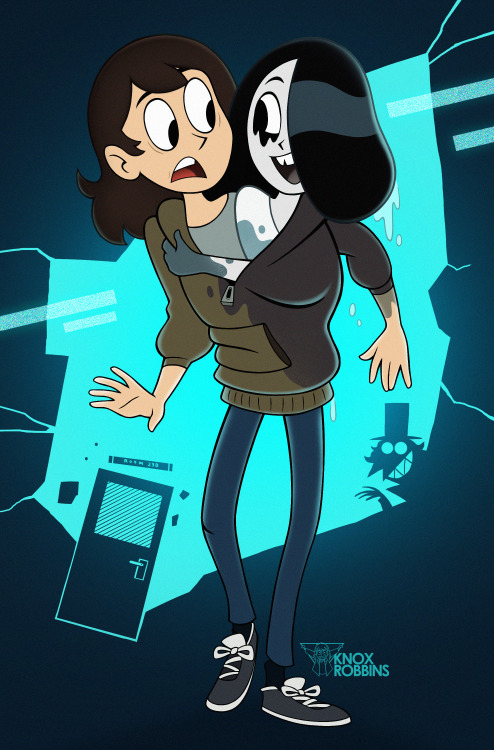 Welcome back to 200-something or other, your asshole roommate watched a cursed tape a week ago but is out with his latest girlfriend while you’re holding fort and eating a Lean Cuisine… then she pops out of the TV looking for the other person. 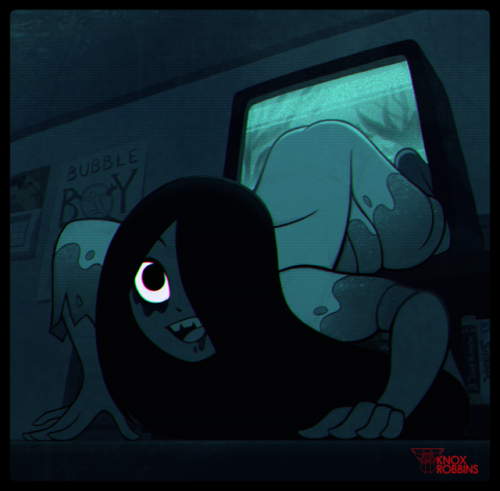 “He found himself thinking of the heartbroken way Jem said parabatai. It made him remember the shadow that hung over his father, the wound where a parabatai should be. It made him think of Jace. Ever since he could remember, Alec had loved and felt responsible for his family. There had never been any choice, but with Jace it was different. Jace, his parabatai, the first person who’d ever chosen him. The first time Alec had decided to choose someone back, to take on another responsibility. The first choice, opening the door to all the others.

Alec took a deep breath and tapped out Miss u into his phone.

He immediately received back Miss u too and let himself take a breath, the ache in his chest easier now. Jace was there, waiting for him in New York with the rest of his family. Talking about feelings wasn’t so bad.

Then he received another text.

R U IN SOME KIND OF TROUBLE?

DID U GET HIT IN UR HEAD!

Then he got a text from Clary.

Why did Jace get a text from you and look very pleased but then suddenly very worried? Is something going on?

Talking about feelings was the worst. Once you did it, everybody immediately wanted you to do it more.

Alec typed out a grouchy I’m fine and then called out cautiously, “Rafe?”

Rafael popped immediately up from his bed.

“Would you like the phone back?” asked Alec. “Here it is. Take it. Don’t worry if any more texts arrive. Just show me if there are any more pictures.”

#i’m cackling, #this is so them, #alec is emotionally constipated, #every time he talks about his feelings they assume something is wrong, #he's soft tho, #very pleased and very worried, #title of jace's sex tape, #and then alec just gives rafe his phone, #i love them, #alec lightwood, #jace herondale, #parabatai feels, #book quotes, #land i lost, #ghosts of the shadow market, #cassandra clare, #sarah rees brennan, #shadowhunters chronicles, #land i lost spoilers, #rafael lightwood bane
17 notes · See All
go-go-devilAudio

Hey guys! Here’s an upload of this extremely rare Ghost demo tape that I found. It was given to me at a yard sale, and unfortunately, only had one song on it. Upon doing some research, I found that this tape precedes the supposed “first demo tape” by at least a few months.

This version of “Ritual” might just be the rawest version of the song that I’ve ever heard, with the instrumentals completely stripped back into something akin to a primal scream. The lack of any vocals save for the intense cry near the end only serves to sell this as a song too intense to ever be considered mainstream. Really shows what the band could have been…

I’ve got a plain black sketchbook, and while the blank canvas look is nice for a sketchbook, I prefer a little more personal touch, so I’m going to paint it.

#ghost posts, #gonna try something from fantasia, #but if that doesn't work out maybe a different disney movie, #otherwise we resorting to duct tape
16 notes · See All
louderthanbombsusText

beginnings of some designs :3