Look what i bought! It’s a pillow case. I haven’t put some pillow yet but i will tomorrow morning Before a ghost king, a humble devotee🥀

i did a lineart only version of the painting from yesterday and surprise surprise I like it much better, so have this one too 🌹

It all started back in chapter 158.

“Hua Cheng didn’t say anything, only bowing his head slightly, gently lifting Xie Lian’s chin as the two touched foreheads. Xie Lian’s eyes widened, but then he closed his eyes, then reopened his eyes”

It was surprisingly sweet and sweetened when the gesture ended.

It lasted 4 chapters and I bet it was on Hua Cheng’s “Best moments of my life, a thread:”.

He Xuan could not care any less about Crimson Rain Sought Flower’s love life.

He was forced to learn about it, to an extent, since they conspired to help each other with their respective goals, and all of Hua Cheng’s long-term plans seemed to revolve around this one Crown Prince person, but he did not care.

He really did not, he merely noted, the way one spots rainclouds on the horizon, shrugs and waits for the storm, that there was no way this would end well.

Either Hua Cheng would find this man, realise that the real thing couldn’t hold a candle to the dazzling statue he built up in his mind and crumble, or even worse, devote himself to some unworthy trash.

Not that He Xuan cared, because he didn’t, but the thought of another Supreme becoming the attack dog of some scum of a god, to be yanked around as some prick from Heaven pleased was just so… unseemly.

Unfitting for the title ‘Supreme’.

When Xie Lian ascended again, He Xuan was royally unimpressed.

When the nosy little thing started to meddle in his plans (and Hua Cheng just let him), he even got close to getting pissed. Really, the little Scrap God was lucky his anger was so strongly focused somewhere else, otherwise he might well have ‘forgotten’ about his promise to Hua Cheng regarding his safety.

But ultimately, none of this was any of his business.

If he was just a smidge relieved after the two got married, very obviously as equals and even more obviously genuinely in love - well. It would have been embarrassing to watch another Supreme throw away his dignity, is all.

*john mulaney voice* and i said that i was gonna finish this before the year ends. you know, like a liar.

anyway read innocence died screaming, honey ask me i should know by @eponinemylove aka the tgcf role reversal au u never knew u needed until u read this damn masterpiece, aka the biggest distraction that wont pay the three months worth of rent in my head, aka the one out of so-few-you-can-count-them-all-on-one-hand fics that had me wanting to write an essay with all the necessary emphasis on how much it haunts me at night. 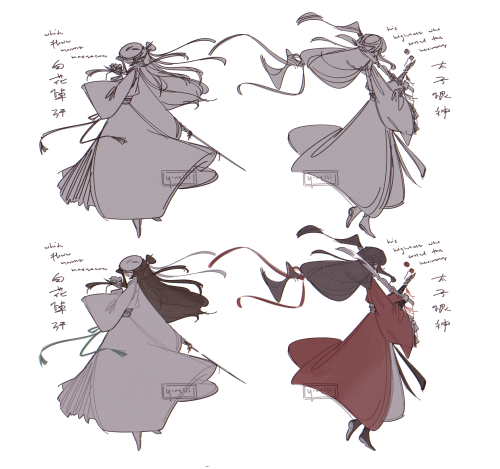 Teacher: Mr Xie, Mr Hua, I called you in today to tell you that your daughter, Ban Yue, was in a fight.

Xie Lian: oh no! Is she alright?

Hua Cheng: Did she win?

Luo Binghe: makes breakfast in bed for his Shizun every day

Hua Cheng: hmm, which Ghost City restaurant has a dish that isn’t gross or cannibalistic so gege can eat 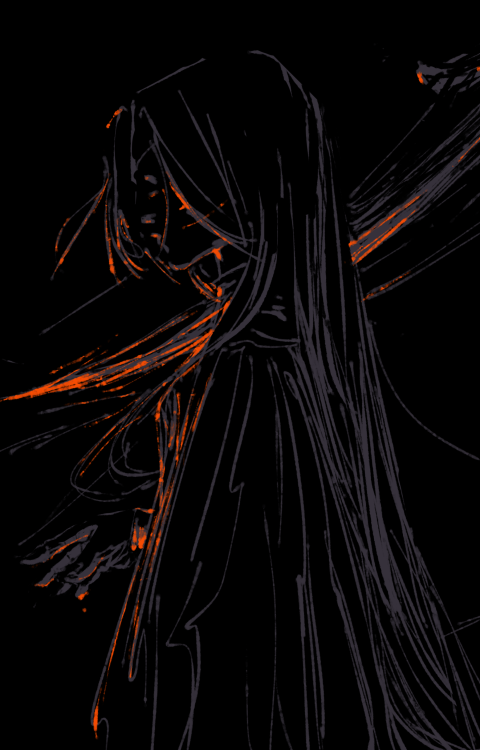 a ghost king and his god

the funniest thing about tgcf is that hua cheng, the entire time, is just like “wtf this grand romantic adventure plan is actually working better than i expected. wtf. wtf. what do i do?” bc he has precisely one single braincell and while it is screaming GEGE at all times, he has like no practical experience on how to react to xie lian

This was done as part of a DTIYS challenge on Instagram. :)

I love you Hua Cheng but don’t be so hard on the baby!!

*sob* I love E-Ming so much