Trending Blogs
#i love him so much
inquistiorText

𝙰 𝚂𝚄𝚁𝙿𝚁𝙸𝚂𝙴𝙳 𝙱𝚄𝚁𝚂𝚃 𝙾𝙵 𝙻𝙰𝚄𝙶𝙷𝚃𝙴𝚁 𝙶𝙴𝚃𝚂 𝙲𝙰𝚄𝙶𝙷𝚃 𝙰𝚁𝙾𝚄𝙽𝙳 𝚃𝙷𝙴 𝙰𝙿𝙿𝙻𝙴 𝙸𝙽 𝙷𝙸𝚂 𝙼𝙾𝚄𝚃𝙷,  so that Halwn has to take a bite from the fruit to dislodge it after he’s freed his hands by depositing his burdens on the space that Solas has cleared for him on the desktop. He has a tray stolen from the kitchens, laden down with fresh shoots from the second crop of tender young asparagus that is just starting to grow in the garden, raw and lightly salted, a few hunks of cheese and loaf of white bread still warm from the oven. Two bottles, one of wine and one of oil, and two stemmed goblets, are cradled delicately all in a single hand. A mess of stems and necks. Luckily for the stemware, Hal has large and quite capable hands.

It’s a rare thing that he isn’t wearing gloves—but then he never does, in Solas’ presence. The Anchor does not disturb the mage. He doesn’t stare, doesn’t jump when it spits light. They argue about theory that is often just outside Halwn’s reach and Solas occasionally orders the Inquisitor to hold out his hand so that he can silence the Mark when its noise becomes disruptive to the conversation. Perhaps he finds the meal that Halwn has dredged up for them disruptive, too—but the Inquisitor doubts the sincerity of it. This is fast becoming their tradition. He has no way to repay Solas for the labour he does in instructing him in magickal theory. No way but this:  the currency of attention, of care.

Halwn takes another bite from the apple, and produces a second apple from the pocket of his trousers. Golden and sweet and soft in texture. He sets that on the desk, too, until he will have time to section it so that Solas might eat it piece by piece, layered under slices of cheese. It’s only as he’s fished the corkscrew from his other pocket and is working to cut the wax from the neck of a bottle of Montclair white, cold from the cellars, that Halwn realizes how it does look—and a seduction is not far off. He hasn’t spread the food out on a blanket on the floor, at least. Surely Solas is relived at that.

There was a time in his life, perhaps twenty years on now, when such a little tease as that, harmless and inert, would have frozen him still in an instant. Fear, or only apprehension, perhaps dread—all coiled in his throat, as his mind raced to supply a range of excuses that would sound plausible, unplanned. But he is not that boy anymore, nor is he a young man by any means, and the panic simply isn’t in him. Instead, he chuckles low in his throat and pulls the cork free from the bottle of wine with a flourish and a sharp pop.

‘ I know what you think of me, Solas. In this capacity, at our lessons, I am so ignorant as to border on incompetent. You are patient with me, perhaps because you must be, but I know that my lack of experience astounds you, even disturbs you, on occasion. I’m sure you think me harmless, inept and somewhat pitiful, but let me be clear—there are some things to which I am naturally attenuated. I have no skill for magick, that is true, but I do have talents elsewhere— ’

Hal holds the bottle easily and turns his wrist as he pours in a motion that seems discordantly graceful. The smell of the wine is immediate, woody and clear. The glass condensates attractively, and Hal leaves it there on the desk for Solas to take as he moves to pour his own. There’s a little seen slant to his brows, steady and assured, an edge to his smile, that reveals an angle of the Inquisitor’s personality that few could ever boast of seeing. He is a modest man by nature—but modesty is only one virtue of many, and sometimes he has no use for it. Sometimes it is out of place. Halwn glances up, and meets Solas’ eyes that seem bright with patient mirth. Something of the same mirth is in the Inquisitor, too, and thick in the air between them. Solas is long-suffering, Halwn must afford him that. But even the smartest of men is bound to enter an arena unprepared once or twice in his life. More often—if he is always facing up to confrontation.

Halwn is smiling as he does:  small, chin drawn down, toothless but for the way he closes teeth over the inside of his cheek, creating a momentary dimple.

‘ I can assure you, Solas…  assuming that you were receptive to it, and I had come here with the intention to seduce you—you would not stand a chance against me. ’

#i love him SO MUCH
0 notes · See All
onierokineticText

I know my favorite loser switches like,, daily but I would do anything for Ben Hanscom

#i love him so much, #i love all of them with my whole heart it hurts, #and thats on being a richie kinnie
0 notes · See All
rose--03Text

Since I wanna post art here again- have a drawing I did two weeks ago, compared to one I did 5 years ago. Two weeks ago was when I started rewatching TFP and wanted to see if I can still draw Transformers, and guess what, I can, and for a long time I’m actually proud of my art again :’D

And since Knockout is my top favorite husbando in there, he shall be here now.

#I love him so much, #posi
3 notes · See All
taronunwinVideo

Taron and Jamie trying to come up with a theme song for the interviewer’s show is truly priceless and honestly flawless.

#Taron Egerton, #taronegertonedit, #Mine, #'on your waffleS', #I love him so much
40 notes · See All
sander-klaasText

#wtfock, #sander driesen, #i love him so much
70 notes · See All
kisaheartPhoto

I finally got to meet Pascal! 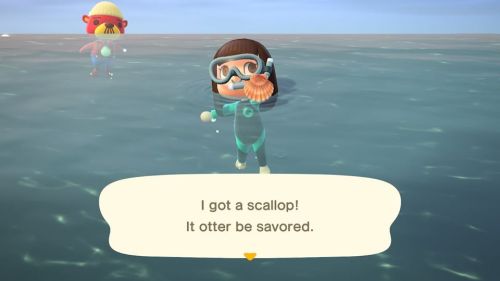 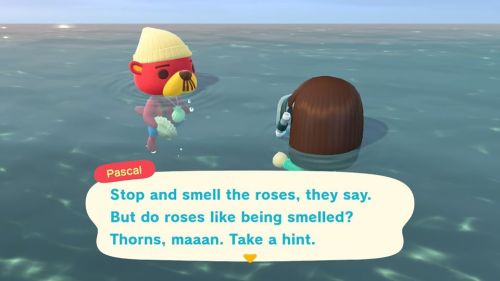 May you find something that makes you as happy as a stick makes the stinker. 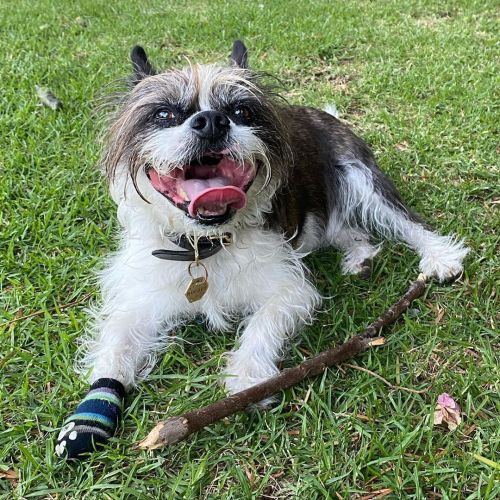 #&stinky wizzletreats;, #I love him so much
2 notes · See All
demigodbazpitchText

Do you ever love your icon so much that when you reblog something and get to see it you become happy???

#shit post, #i love him so much
1 notes · See All
qkuroosAnswer

combining the asks about Akaashi together, hope you don’t mind! Thank you both so so much! <3

❁ Erica — How will they propose?

Akaashi Keiji will plan everything oh-so-carefully, there won’t be a possible detail he would miss. He’s been planing this for what feels like years, from every curve of the ring he bought, to every single word he wants to say to you. He would do it in front of your family, because he’s confident enough in the answer. He’d probably even get someone to help him with the preparations and film the whole thing, just so he can make sure he has it forever to look back on. When he drops on one knee, it’s the last thing you’re expecting, and you can’t even register his sweet words as you begin crying. You probably get to actually hear them and thank him for them after you watch the video, since you felt too overwhelmed while it was happening. When you say yes, he probably cries too, because he feels like he just used up all the luck given to him for this lifetime.

❁ Zinnia — How they are in bed?

#k-eijiakaashi, #we talk, #i love him so much, #akaashi x reader, #akaashi x you, #haikyuu x reader
17 notes · See All
a-stray-fantasyText

The way I would literally drop anything for Kang Seungsik. 🤡 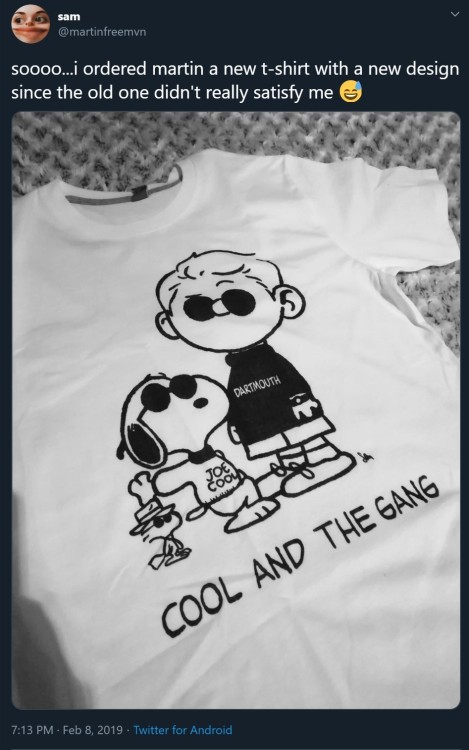 #martin freeman, #i can't BELIEVE IT, #fan gift, #i love him so much
43 notes · See All
mountainsareheavyText

#banana peanut butter cupcakes, #with cheesy mashed potato frosting, #and spleen sprinkles, #my kitchen smells weird now, #I love him so much, #the pupper is 3!
1 notes · See All
the-epitome-of-sinText

*yeets self into oblivion*

Hey guys! This is Wallace. He’s my baby.

I’m about to get real sappy about my boyfriend, so strap in

we’ve been dating for nearly 9 months, which is the second longest relationship I’ve ever been in. the longest was almost a year.

I’ve had 4 other romantic relationships total. 2 with girls, 2 with guys, none of them were all that fantastic.

but with him I’ve always felt so safe. I’ve always felt like he’s not going to judge me for who I am, he’s always understanding and supportive about my anxiety and my mental health issues (which I know I shouldn’t be giving him a lot of praise for, that should be where the bar is, but anyway).

we’ve been friends for almost 5 years now, have both had unhealthy relationships we’ve been able to learn and grow from, and both love and understand each other.

I can’t imagine a future without him in it. I’m so happy whenever I’m with him, which makes quarantine so hard because I’ve gone from seeing him every day to not being able to see him for 4 months straight.

I miss him so much, but I’m so excited to graduate and build a life with him.

#sappy hours, #boyfriend, #mlm, #bi, #trans, #i love him so much, #love
2 notes · See All
chillingbuckyText

#i love him so much, #ricky gervais
4 notes · See All
gravityfallsrockzText

Reblog if you love and appreciate him <3