Cop, gesturing to Mammon: are you friends with this criminal?

Levi, annoyed but knows he won’t get his money if Mammon goes to jail: …it’s a layered relationship.

Beelzebub and Belphegor Room (The Twin) :

…no, actually. vexes me. Dad isn’t exactly chatty about that stuff.

i may watch it, i’ve been looking for something. thank you for the reccommendation.

i like you too. very few people make an effort to spend time with me, fear gift and all.

however i like it. semi truck sized seems to work for most people i’m supposed to terrify, so that’s a favorite.

yes, several times since i am both persistent and annoying about it

Ahh thank you so much!

Beel in the kitchen:….

MC suddenly walks in:….? Oh hey beel! Are you looking for food too?

Beel: Ah! MC,uh yes I am actually, uhm what are you doing up so late?

MC:Hm? I just said I was hungry so do you mind if I stay a while with you here in the kitchen?

Beel: Oh, it takes me about 3 hours to eat though-

MC: It’s fine, I could use a break from my room

Beel: but isn’t a bit late for you to stay up?

MC: no its not, I’m wide awake

Beel: MC I think you really need sleep it’s 3am-

Lucifer: Why isn’t MC here? They’ll be late for breakfast

Asmo: I think there still sleeping.

Beel:…..*gets up from chair and starts walking*

Belphie: beel no, I’ll go you can eat

Satan walking into the common room: eh- It’s a bit early for mc to be sleeping right?

Lucifer: Apparently they pulled an all nighter

Belphie:…..There sleeping in my spot *pours water on them*

MC: PFTT WHAT THE HELL

Belphie shoves mc: This is my sleeping spot

MC: But I was just laying on beels lap?!

Satan: No not at all, why aren’t you sleeping?

MC: Oh I don’t know, PROBABLY BECAUSE I CANT SLEEP AND I HAVE INSOMNIA-

Lucifer: MC WILL YOU STOP YELLING

Asmo: Can you guys stop yelling? I need my beauty sleep!

Belphie: You guys woke me up! LET ME SLEEP

can I request some hcs of the brothers going through a rut cycle with a m!mc

Holy that heat post. What if it’s male MC receiving? Getting cummed inside and getting marked? MC better be prepared for his ass to get wrecked is all I can say 😳

ooO could we get rut hcs of the demon brothers? :0 preferably with an ftm MC, but gn is fine too!!

Anyways- i wrote this as all the bros individually. Sorry if yall wanted to take them all at once… sequel to the heat lmao.\

Thank you to everyone that voted. Feel free to keep voting! As promised, here is a photo of @officialtomellis laurengerman and @kevinmalejandro from the film noir episode of @lucifernetflix 😈 Photo by @joshstyle
.
.
.
FUN FACT: The wall behind them is actually bright red and gold. You can also see the T stickers on the ground that tell the actors where to stand.
.
.
.
#lucifer #joshstyle #lucifermorningstar #officialtomellis #tomellis #laurengerman #kevinalejandro #noir #filmnoir #bxw #blackandwhitephoto #dapperstyle #dapper #mensfashion #deckerstaredit #deckerstaredit #luciferseason5
via josh style 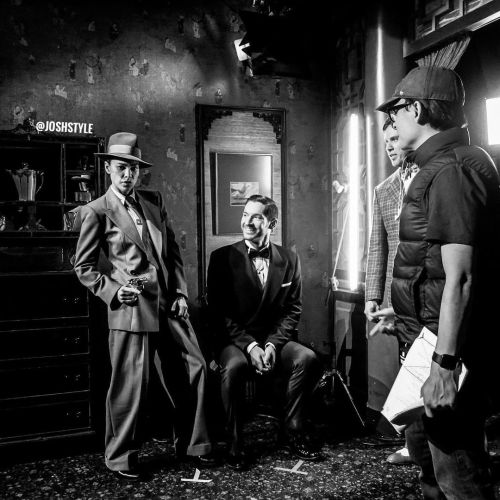 Luci? That’s bold of you.

I am doing fine, taking a moment to stretch my hand from this paper work.

[My one and only instinct was to say tooth fairy] 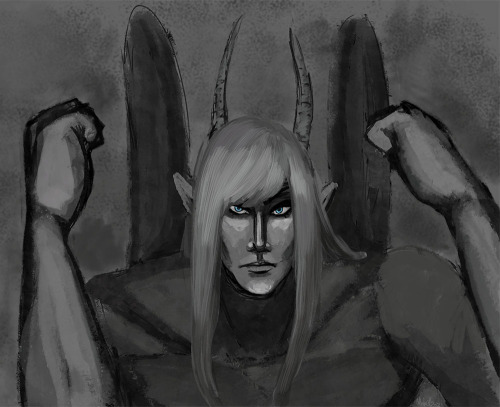 I’m sorry- 😀 what? Literally tone it down Diavolo no one cares about your love life with Lucifer(haha jk we all care😅)

S12 E19 “The Future”
thanks to @kitkatwinchester​ for this episode, I needed some way to relax after the day I had at work.  This episode’s reactions were brought to you by too much goddamn noise

Hii Kelly!  Oh dear, she’s locked up in Dagon’s sex dungeon…
I ask again, if giving birth to a half-angel-half-human baby is going to kill the human mother… why not have a cesarean section?  Technically not giving birth!
Kelly is super-preggers now.  It’s been… like 2 or 3 months?  Totally plausible.
Okay… yikes… jesus.

My Lucifer Is Lonely.