Finally got the three cards of the event

Man, what the fuck

Lucifer and Diavolo UR+ Cards and Icons

Hiiii! I’m still working on finishing other illustrations but I realized I never posted my mc before! Her name is Willow! So many sketches of her and Lucifer have been hiding on my laptop for over a year now and who knows when I’ll finish them lol

may i offer you a shirtless luci in these trying times?

my commissions are open !

Lucifer: Mammon, I’m your brother so I have to be honest with you.

Lucifer: I don’t care about your problems.

Okay, so I’m a hoe for Little Ceasar’s pretzel crust pizza, and it just came back, so here is some dumb bullshit. Okay bye!

Lucifer, walking into the kitchen where Beel is snacking: Beel, have you seen MC? It’s past 7:30, and dinner isn’t ready.

Beel: MC left. They were watching TV before running out of the door.

Lucifer, aura rising: Well, I suppose a punishment is in order-

MC, kicking the door for help: I’m back, and I bought pizza!

Beel, runs to the door and opens it: You had me at pizza.

MC, carrying 20 boxes of pizza, 5 boxes of cheese bread and a bag with Asmo’s salad: Thanks, Beel!

Mammon, sitting in the living room for movie night: Finally! I’m starving. What kind of pizza did you get?

MC: It’s something you’ve never had before, something only humans would be chaotic enough to create.

Lucifer, opening the first box: MC, I swear, if you got pineapple pizza, I-

Lucifer, sighing and pinching his nose: MC, what the FUCK is this?

MC, grinning from ear to ear: It’s pizza! Pretzel crust pizza. It’s a pretzel with salt on the outside with liquid cheese sauce, cheese, and pepperoni. It sounds disgusting, but it’s the best thing that has ever been created.

Beel, drooling and grabbing 10 boxes for himself: That sounds fantastic.

Asmo: Yuck! Honey, just think of the grease and the sodium in those things. You’re going to have a heart attack. Thank Diavolo you got my salad.

Levi: Whatever. At least I still got my veggie pizza.

Satan, frowning: Fine… but just one.

Beel, eats 3 slices at once, tears in his eyes: MC, I wanna marry you.

Belphie, curled up with 4 slices: Okay this is worth it.

Lucifer: This is extremely unhealthy. ……You’re safe this time, but don’t expect another pass MC.

Asmo, sighs, taking the smallest slice: Have you all lost your minds? That will be awful for your pores! I’ll take a tiny one to make you happy, but that’s it. I have to keep up this regimen.

MC, talking about the movie: Oh, come on! That plan won’t work at all!

Levi: I didn’t realize Mammon was in this movie.

Mammon: Oi! Are ya calling me dumb again?!?

Asmo: *grabs one more slice when no one is looking*

We love some dancing here at the Devildom! 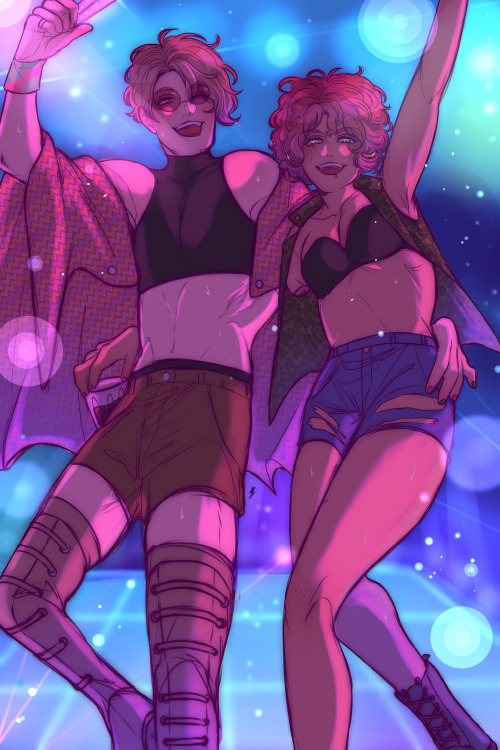 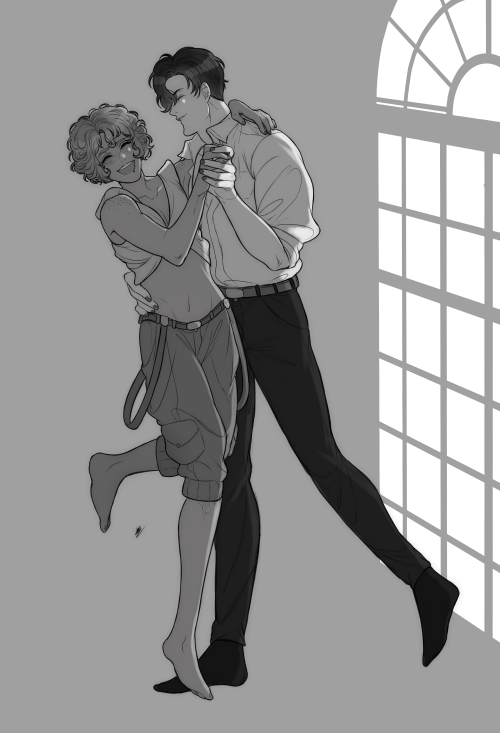 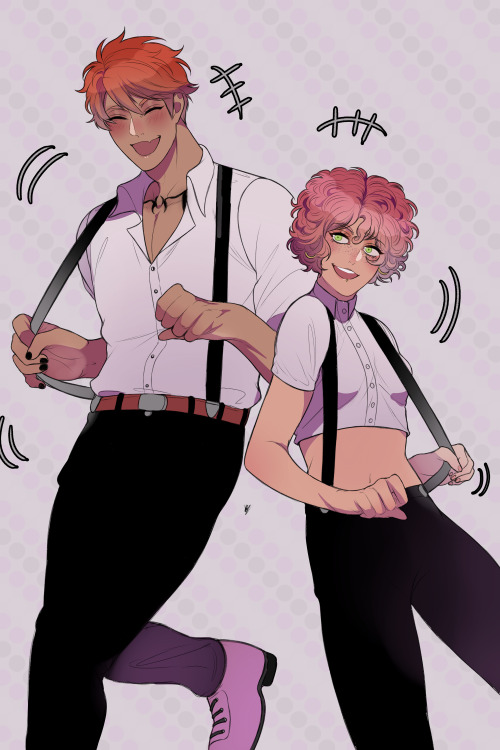 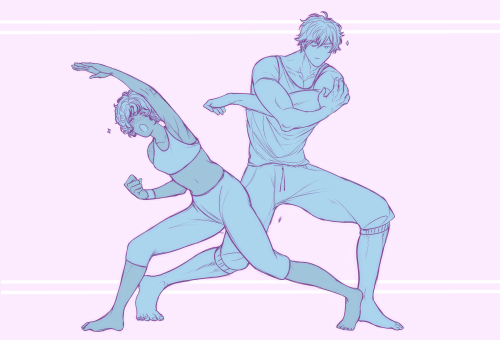 *hits them with transgenderification beam* 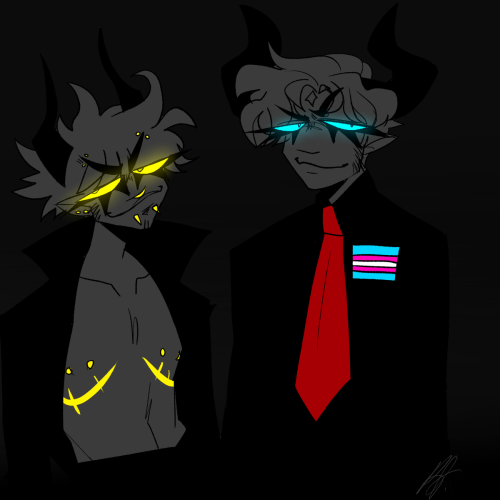 Lucifer: I slept like 5 minutes last night but then I drank like five cups of coffee so if I die today don’t worry I’m probably just sleeping. Probably.

Beel: I swear to god I love storms so much. Look at that lightning. MmmmMM. That’s hot.

Satan: hahaha lightning’s literally hot did you know that? science fact of the day.

Mammon: sometimes i think about how i’m a third wheel even though i don’t even have enough friends for any of them to be dating hahahahah

Belphie: *softy, every five minutes* fite me you puny weak ass bitch ill destroy you an steal all your secrets i may or may not be a spy

Solomon: bitch that’s not food what are you doING

Diavolo: I don’t get these memes. Someone exPLAIN pleA S e.

Asmo: im not a child how dare you speak to me like one okay now im going to drink this milk angrily please never talk to me again,,, jk jk please talk to me i need attention

Someone to Mc: must be nice to be surrounded by demons who are like legends?

*Begins to think back hours before*

Asmo: Can I just go back to my room?

Mc: All I ask was who wants some pizza?

Mc: Yeah, everyone is well respected to each other.

Interviewer: so, what makes you happy?

Mc: *takes out a photo album full of Lucifer and Asmo*

Mc: an angel and my other is my Drama Queen

The more I think about each brother, the more I like them. I like all 7 of them for different reasons. There is no way I could choose one of them. Even Mammon, who I hate but love still (he such a stupid idiot) ugh… Like🥲 and then there’s Simeon, Solomon, Diabolo, and Barbotos on top of that!? How? Why? How? I just want to be friends with them all…