Tumgir
AboutPrivacy Policy
AboutPrivacy Policy
Visit Blog
Explore Tumblr blogs with no restrictions, modern design and the best experience.
Fun Fact
In an interview with inc.com, David Karp (Tumblr's founder) admitted, "Being on computers all the time makes me feel gross."
Trending Blogs
#shall we date obey me
kitaminx
Text

As long as I don’t get distracted by circus things

Lucifer : Okay Guys trick or treating is over so let’s drop our candy bags

Mammon : Ooooo Lucifer I got a snickers

Asmo : Ooooo look Lucifer I got a dick

Twerking with a Prince

Will make a nsfw later

Since a lot of you liked the Wap one I thought i would add in a F!Mc that teaches Diavolo to twerk poor boy needs a friend.

You happened to see Diavolo sadly sighing at his phone, in the hallway in R.A.D walking up to him you smiled.

Lord Diavolo, looked down to the small woman, and showed her his devilgram feed.

“I just, wish they invited, me along for once….I know I am the Prince, but I also want to have fun.”

Your heart melts and aches, thinking soon looking up to Diavolo.

“Um..if you want maybe we can schedule a girls night out? no.. um a friends day out?”

This boy just died on the inside, and felt like he was reincarnated as an angel.

“Really?! MC! yes… I will have Barbatos get everything ready, and you can educated me on what a human friends day is.”

You were soon englufed into a hug, soon interrupted by Lucifer.

Lord Diavolo smiles to Lucifer beaming putting you down.

“Lucifer, Mc is going to teach me about friendship days they have in the human world!”

Lucifer death glares you but, could not deny Diavolo.

Diavolo smiled, as he knew this weekend he was free and knew he could pull some strings for you.

“This weekend! Barbatos will come pick Mc up, and she will come stay the weekend and we shall commit the day of friends!”

You had packed your bag, not listening to the boys, as you stayed over you were talking to Diavolo about dances you did in your old school and the subject of twerking came up. Diavolo, wanted you to show him so you did he got really turned on but asked if it was a mating dance.

You laughed and told him it was a dance, and you told him you were going to teach him.

Diavolo soon stood beside you, as you taught him how to bend his legs and slowly roll his back and pop his butt.

You: “ Diavolo, I’m sorry but why do you have a thicker ass than me and do not know how to twerk.”

Diavolo snickered as you soon picked up the pace, and showed him how to drop it low and twerk, the lazy twerk, and soon you taught him how to just booty wiggle .

You smiled at him eagerly doing dances, even stopping to order Barbatos to make you both matching booty shorts.

Barbatos had to ask you what the hell he was taking about? Once you told him he would just leave soon coming back with purple booty shorts yours saying “Best” his saying “ Friends” in gold letters.

Diavolo: “ M/c ?, What if we take a video of us doing our new friend ship dance and shows everyone !”

You giggled and would put on some Get Low by Lil. Jon, once your dance partner was ready you let Barbatos record you two. The song ended and you chuckled at Diavolo throwing i back giving anyone who watched a whole banquet to look at next to your bubble butt.

Barbatos smiled at the Prince, yet told him no he cannot order everyone in Devildom to make that the new national dance.

You soon took sent the video to Devilgram as Diavolo wanted to show everyone the dance, once sent. you and Diavolo sat down to watch the Titanic together.

The house was quiet, as they kind of went back to their old return before you showed up. Mammon was pestering Levi about selling his collection, Beel was helping Belphie find his good pillow, Lucifer in his office and Satan reading.

The silence was interrupted by Asmodeus screaming ,everyone running to his room for once he tried to hide his phone not wanting to share because DAYUUUM YOU TWO LOOOK HELLA FINE!

(Asmo can be greedy too but we love him 💕)

Lucifer walked up to him slowly, noticing his brother was bright red.

Lucifer: “Asmodeus? Did another demon send you an unsolicited picture of their ..”

Asmodeus smiled showing him his phone of the video of you two: “ No…but i did get video of two glorious cakes on display!”

Soon everyone saw you and Diavolo twerk to Get Low.

Back in to The castle.

Your phone went off with several text and call, you did not want to ruin you and Diavolos night. Diavolo heard it and wanted you to tell him what they thought.

“ Lucifer, said I am going to be hung from the ceiling when i get home…and ask why you never made him a pair of those shorts?!”

“ Satan, said nice shorts and a picture of applause for us getting Lucifer to have a stroke.”

“ Asmodeus says, he will make us all the shorts we need if we give him a private dance…you know ignore him ..”

“ Mammon, says I should not dance that way around demons or succubi, or anyone except him..he sent a sticker then said actually just never dance like that again.”

“ Leviathan, said good moves for normies , and if i will dance in anime girl costume like that…. and i think Asmodeus stole his phone so nevermind the last comment..”

“ Beelzebub just said good moves and wants me to bring home one of Barbatos cakes back home.”

Diavolo laughed and you soon went back to ignoring your phone, as you showed the prince the wonderful world of Disney movies. 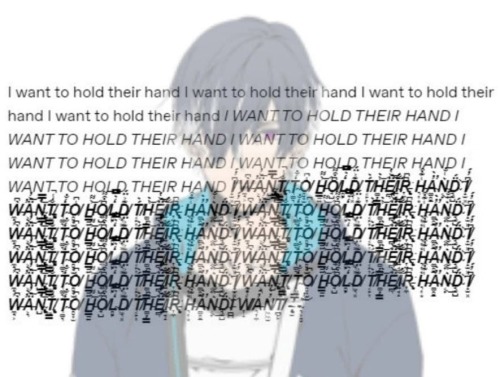 Decided to try and make Solomon more feral and hungry for human companionship compared to the sort of ‘proper and upstanding and passively better than you’ he’s normally displayed as.

(Preview only) tags: First time, feral!Solomon, M!Reader, moaning, really short but its currently over 1.8k words in my doc and not even through the sex part soooo

More tags for final piece when it comes out.

Got this in the mail today, yeet

Solomon you 100% did this to yourself I can’t even feel bad for you.

hey does anybody and i mean anybody you don’t even have to be following me want to add me as a friend on shall we date obey me so i can send you AP? and complete my daily tasks?

Me, sittiing up in bed at 3am: Lucifer’s main outfits have strong red accents (while his event outfits actually have the assigned sin color, blue) to signify his fealty to Diavolo, which is extremely significant in the main story. In this essay I will–

MC leaving the House of Lamentation for about half a year: I don’t know where the fuck anything is and I have no money. I barely know where RAD is…guess I’ll follow the almost nonexistent wind. #with each post my drawings get worse#why has no one yet stopped my sinful hands#i really thought it was a piggyback ride :(#obey me dialuci#obey me lucifer#obey me diavolo#shall we date obey me#obey me#is this even what a piggyback ride looks like lmao#not crayon
30 notes
heartshot-vampire
Text

If MC made a pact with Diavolo, they could take over the Devildom and its quicker than waiting for marriage.

I’ve been listening to a lot of character themed playlists lately so I thought I’d try and make my own for Levi!

I hope I somewhat managed to do him justice!

Lucifer: Welcome to the circus troupe.

MC: Its like a circus at the House of Lamentation so this all makes sense.

Mc : All right Mammon you gotta man up and tell him what you going to do

Mammon : Imma do it

Mammon : Hey Lucifer can I go to my friend’s house

Mammon : Hey Beel You coming to the party there are going to be so many girls

Beel : Will there be food

Beel : But listen will there be Food