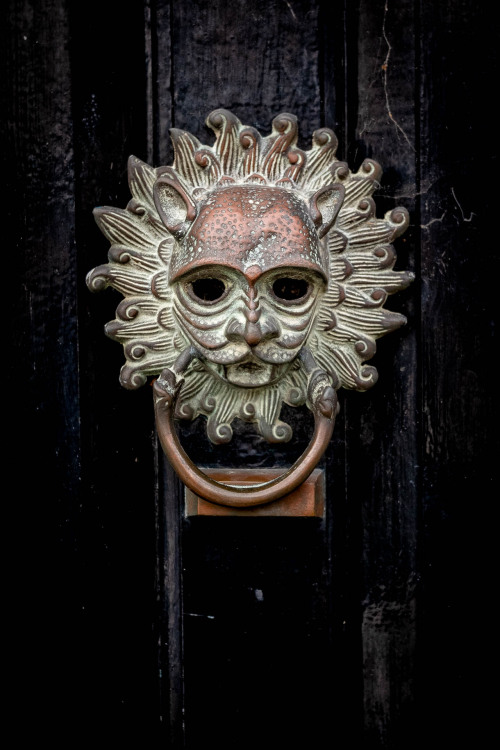 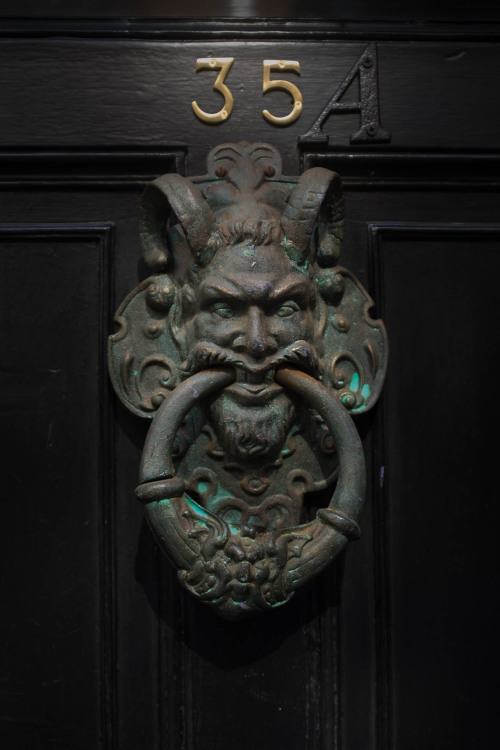 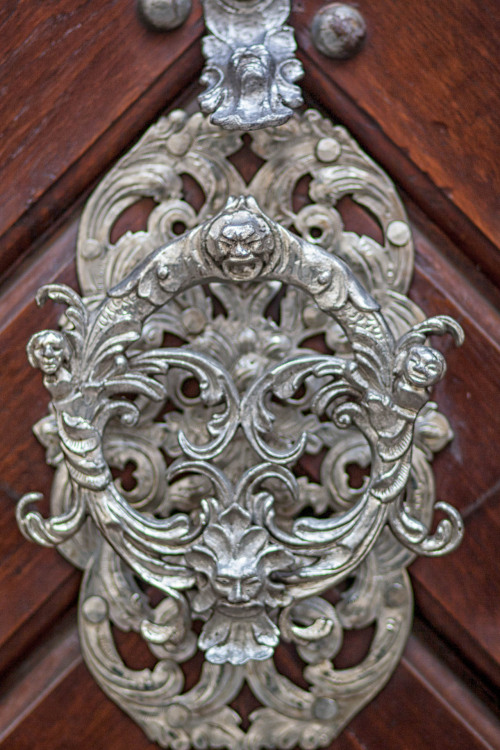 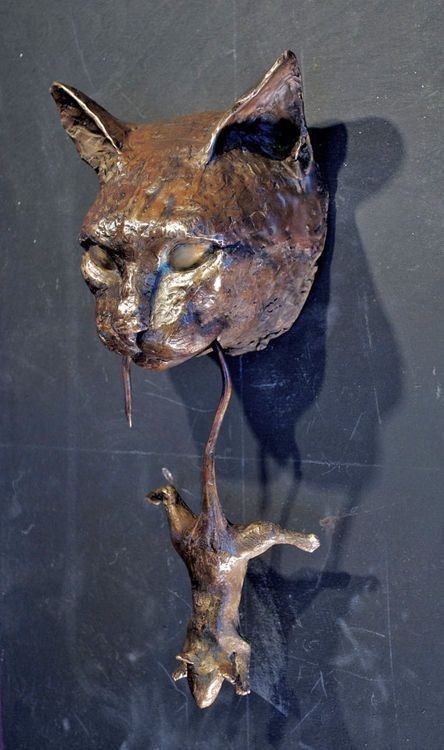 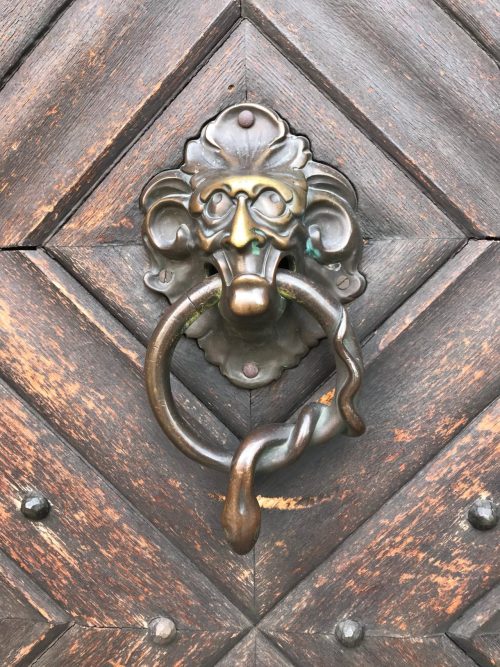 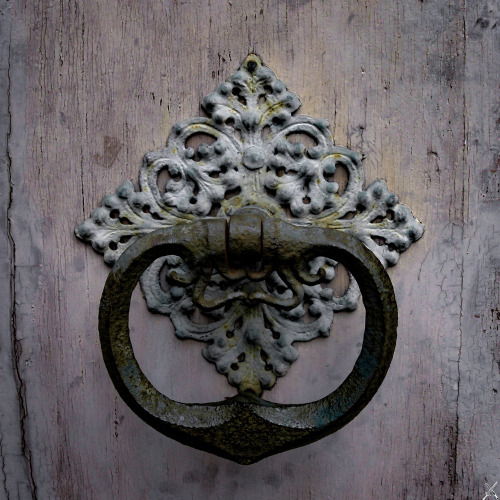 Hand Doorknocker. Found on a door near an elementary school in the 11th arrondissement.

When I was fourteen years old, I took a course in Japanese. I learned many things during my time in that course, but one of my favorite things we learned about was kanji. In Japanese, there are three systems of writing used: hiragana (indigenous Japanese characters), katakana (indigenous Japanese characters used for foreign words and advertisements), romaji (the romanization of Japanese characters), and kanji (Chinese characters which had been adopted into the Japanese language). During my time in school, I only learned a small percentage of kanji, less than most elementary schoolers in fact, but this knocker makes me think of a specific phrase: jouzuna, an adjective meaning to be good at or something. In kanji, it’s written 上手. The first kanji (上) means above/up/top and the second kanji (手) means hand. Translated literally, it means something like upper hand or top hand. When I was in high school, I had many friends who would make fun of my elaborate Japanese explanations, affectionately calling me a “weeb” or simply rolling their eyes. Back then I thought they were right, but now I think that my fascination with Japanese can be attributed to far more than my love for anime. Growing up, I always loved English. I didn’t always love reading, but I always loved speaking and learning new words. Where many of my peers would roll their eyes at words like “panacea”, I would wax poetic on the “mouth feel” and satisfaction of using it in “my everyday lexicon”. Living in the U.S. for so long, I always thought I was quite adept with languages. I was far from bilingual, but I had been told I was a good student in both foreign language and English classes. Coming here, I must admit, I often feel out of my depth, finding that many of my classmates speak two or three times the amount of languages that I do (that is to say, one). Not only does it make me feel bad to not speak French, but mostly it makes me feel out of touch with my identity. Being a child of immigrants, I’ve always had difficulty defining who I am, unsure of where American Gaby starts and where Indian Gaby begins. I’ve always been nervous of being Indian Gaby, worried that someone might call me out on the fraud, citing my lack of linguistic or cultural understanding as a means to mock me. And here more than anywhere, I feel wrong somehow. In between worlds. And I guess, for now, I’ll just stay there. 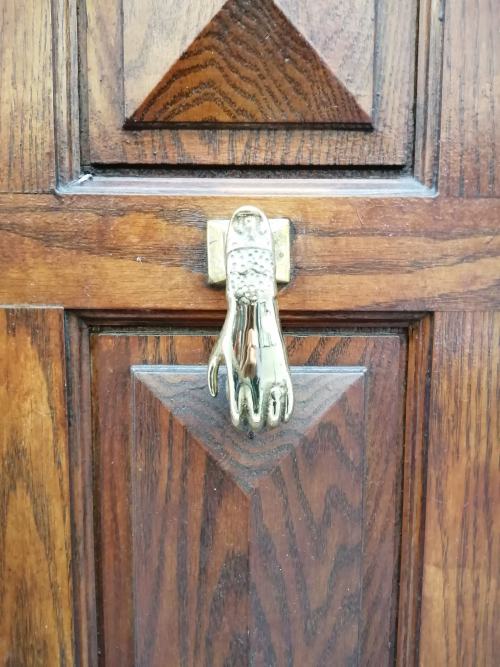 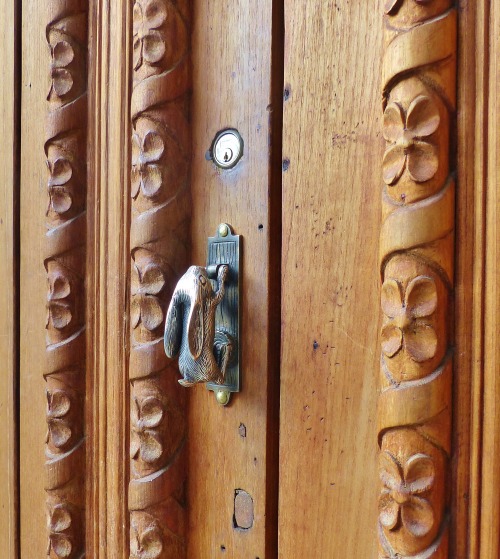 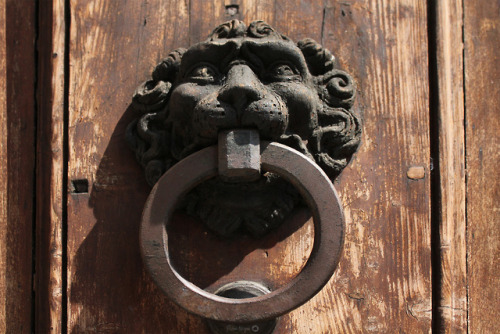 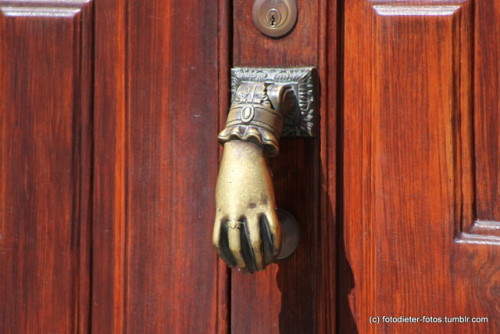