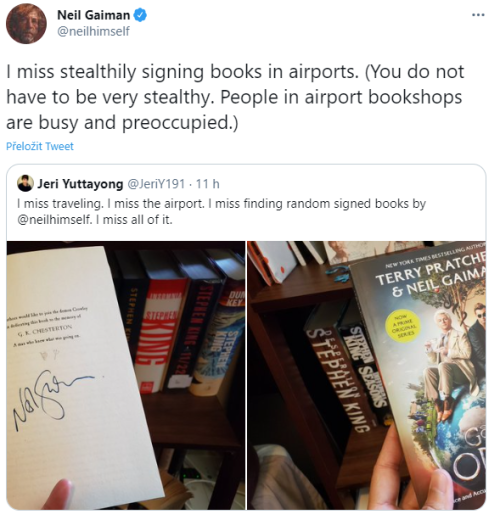 “Don’t leave your doors unlocked then.”

In this scene Sathariel confronts Alex with what he learned about the mysterious pages in her family’s spell book.

“I know what it is now,” the demon said.

Gasping Alex spun around, brandishing the bread knife. A pat of butter spattered across Sathariel’s shoe, and he scowled.

“What did I say about sneaking up on me?” she growled.

“Don’t leave your doors unlocked then,” he grumbled. “It’s dangerous.”

He started to grind the buttery toe of his boot into the floor until Alex hissed and tossed him a rag.

“Yeah,” Alex huffed. “Some real creepy guy might wander in off the street and smear butter all over my rugs.”

“Exactly,” he said solemnly as he cleaned his shoe.

I pleased the Neil! It feels like winning a prize!

Image description: a tweet from Neil Gaiman that reads “it’s an occupational hazard. Or it was back when we were in airports…” The tweet is in response to a tweet from @lurlursaurus which reads “I once stood still for too long in an airport and found that Neil Gaiman signed me.”

god, i just wish there were more sandman arts. I need some drawings of morpheus eating cupcakes or drinking tea or BOTH to be happy 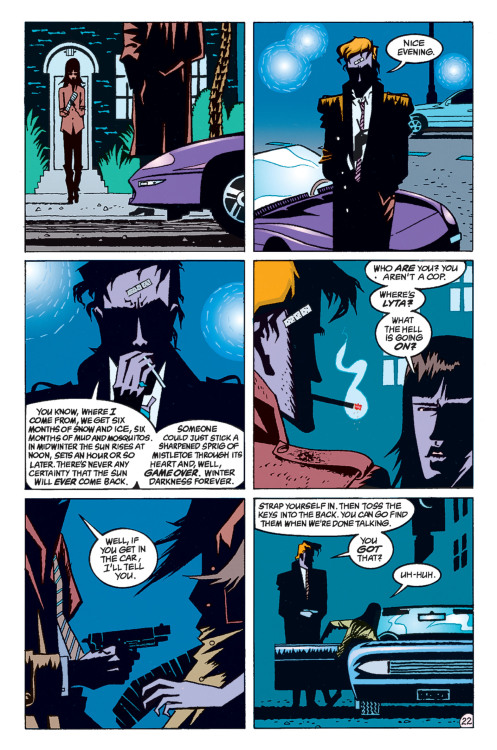 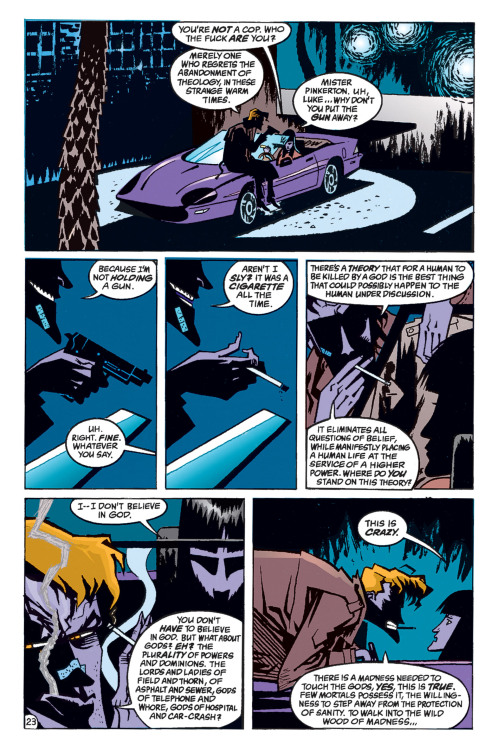 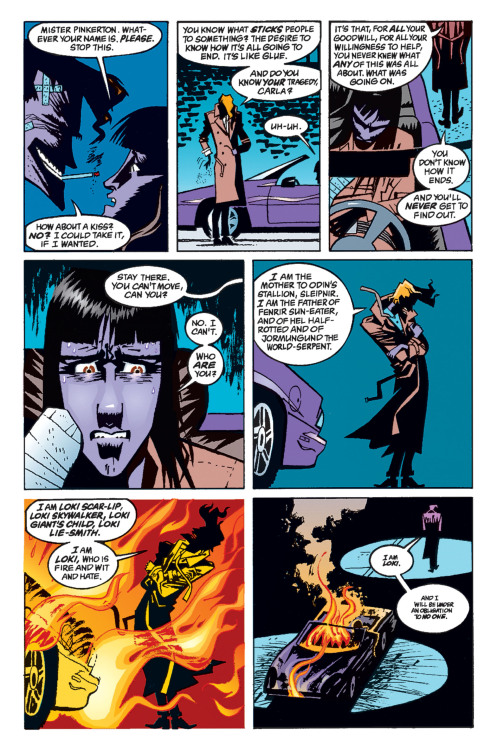 I acknowledge that all fictional characters are open to interpretation, but why does everyone assume Crowley would be the one to cling to aziraphale when a scary movie comes on? You do realize this is the man who turned his head into snake form and bared his terrifyingly sharp fangs at a military Soldier In Training, right? Crowley is not afraid of everything “spooky”, he’s afraid of revealing- no, not his emotions- specifically, his insecurities. That’s why when aziraphale begins to call him a “nice person”, he gets all defensive and pushes him up against a wall. He’s not supposed to be nice, even if he wants to. He’s a demon.

Which, goes along with the fact that Aziraphale isn’t afraid to admit what he disapproves of. The only reason he often avoids it is because of the consequences of Heaven, but overall, he’s very stubborn about what he believes in. However, he’s hesitant to reveal his affection. Heaven’s restrictions have always caused him to want to rebel, but how can he rebel against love? Exactly! He can’t. He’s supposed to love. He’s an angel. But he’s always rebelled against the other angels! So he’s left not knowing how to express it. 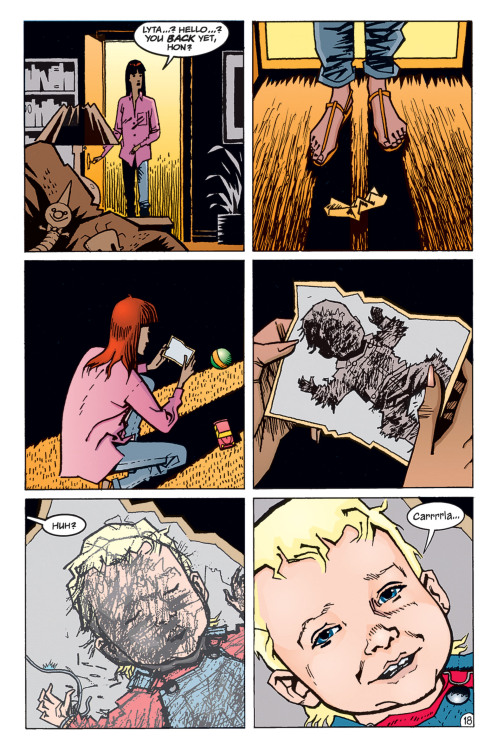 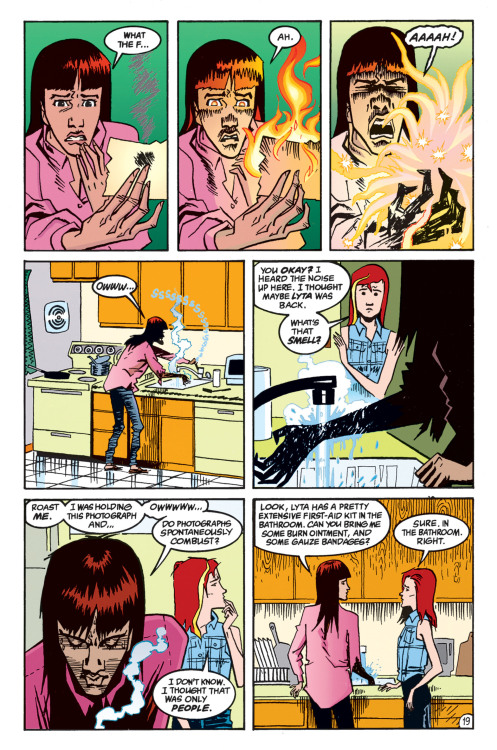 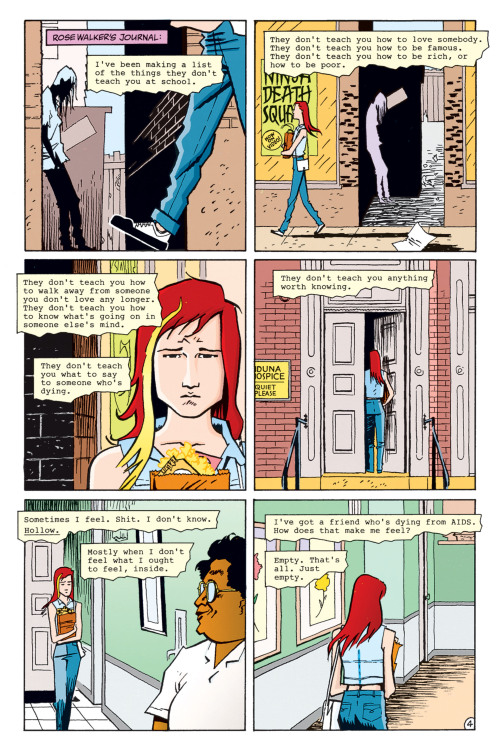 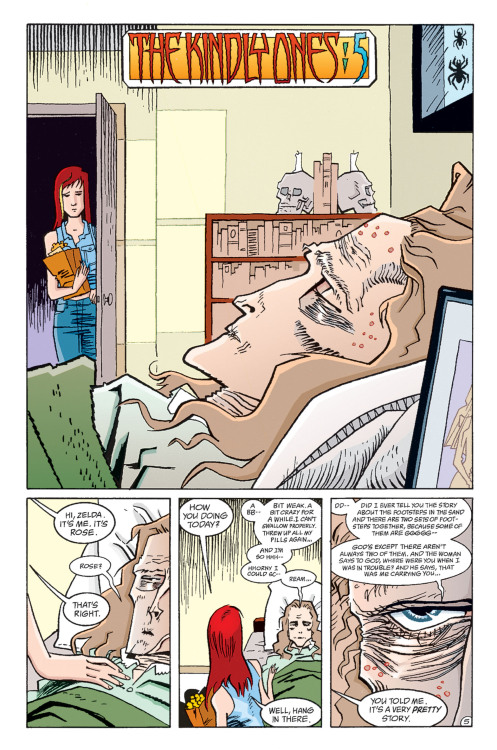 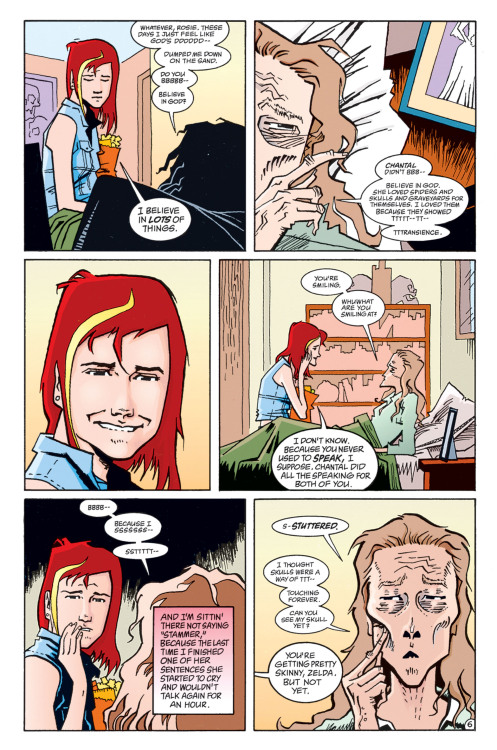 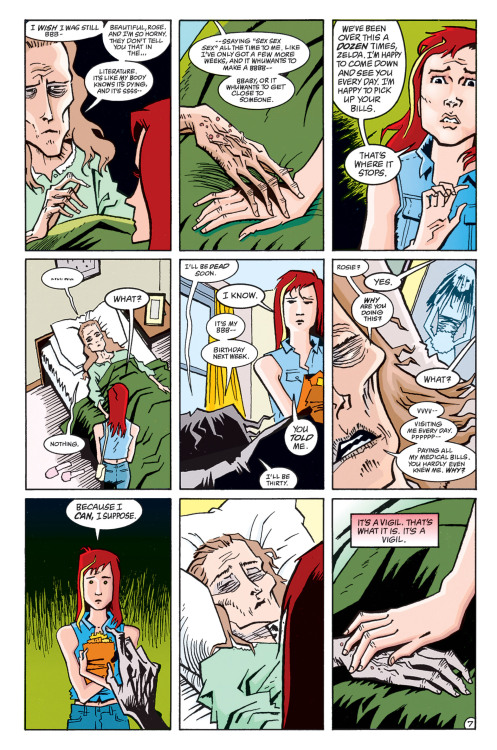 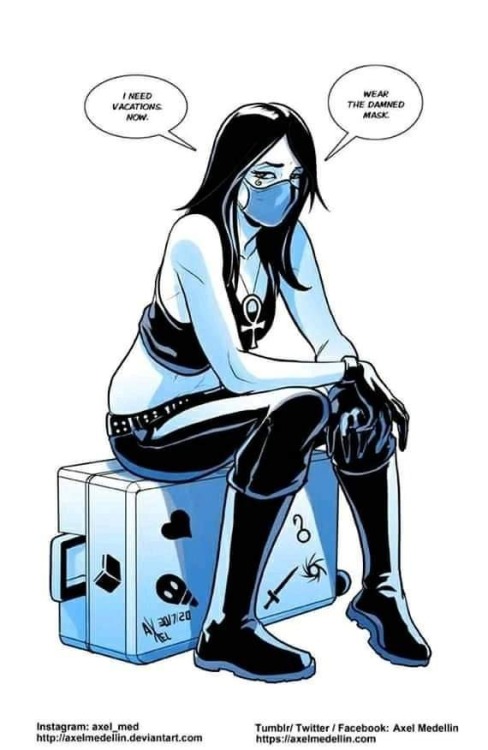 I do love American Gods, but the last episodes carried me to conviction that the golden cow has been milked long before. It’s just a shame.

It’s just like listening to a dude, who’s speaking extraordinary colourful, vastly and toweringly 24/7 but there’s nothing he tells. No narrative.

A big bucket of shit, just for the money’s sake

I’m done this time. I… Help. Just Read This.

Billie is shown reading a comic book while waiting for Dean to return from hell in Season 11′s  The Devil’s in the Details.  So I was curious and I went frame by frame.   What was the comic you ask?

Death: The Time of Your Life by Neil Gaiman

Which won the GLAAD Media Award for Outstanding Comic Book in 1997.

The story focuses on Foxglove and her lesbian partner, Hazel, from the Sandman series. When Hazel’s son dies, Death appears as a teenage goth girl to take him and Hazel makes a deal with Death: If Death lets their son live, one of them will take his place when Death returns for the family. Foxglove doesn’t think she loves her partner anymore but  “You followed me into Death, because I needed you. What do you think love is?”

If SPN was planned out and good, this would foreshadow not only Cas’s deal with the Empty, not only the good finale we never got to see where Dean goes to the Empty to save Cas, but even Billie becoming Death after dying a season after this scene.

As it stands, I think they put in a joke about Billie reading a comic about death, that may have been intentional queercoding, and then, years later, Andrew Dabb accidentally ripped off the plot of a Neil Gaiman story he loves… or if we’re generous, it was an homage.

The Beldam: I just decided I don’t care