Join my mlm server! Pls be 18+ no te/rfs or tran/smeds. Feel free to boost if youre not mlm

So I got a question and I’m not trying to sound mean, I actually ant to so plz,, help.

Then pansexual it’s atracted to every gender no matter what, right?? If I’m wrong plz help me understand.

Nonbinary cottagecore moodboard with the name August.
For anonymous - Hope you like how it looks!

Want one? Send in an ask! 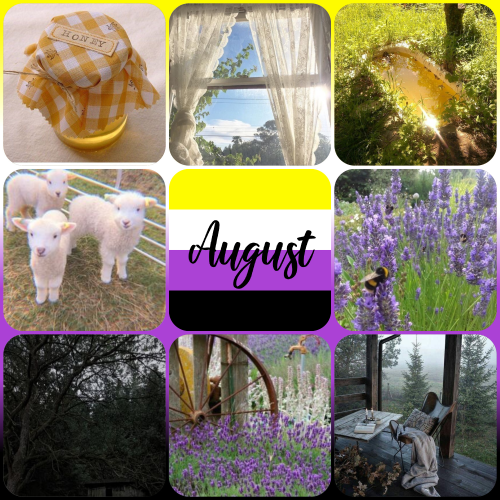 in luv w these people

Tomorrow I am finally meeting the girl I have been talking to for almost a month !! I am very excited. I have never been on a date before so my first date ever is when I am 23 years old and with a female. Lolll. I’m so excited to meet her.

Any advice or things I should expect ? Message me if you think of anything please 😆

#havve i made this joke yet, #lenny rambles, #lgbt
0 notes · See All
gaymilkbreweryText

Hey fellow men we don’t get very many positivity posts, so if you’re a boy and you’re reading this… you look lovely today :)

SO I was able to join the August 11 Sid City live-stream and watch the lovely garashir script written by @almaasi and OH BOY was it incredible!! I have this one screencap which really says it all. This was a wonderful script and absolutely amazing to watch.

It means so much to me as a young queer person to see the queer narrative that was pushed under the rug in the 90’s being put front and centre in the spotlight by Sid and Andy themselves, not censored by production companies or social stigma. The fact that a very real twenty years later the fan community is recognized and creating content the actors themselves perform and share is just so so wonderfu. I have a lot of feelings about Garak, Bashir, DS9 and this performance. Feel free to break down the door of my DMs and SCREAM with me!!

Concept: you (boy) cuddle me (also boy) while I hold the cat. I fall asleep and you fall ever more in love with me despite how much I drool when I nap (a lot)

#he is actually the best, #lgbt, #lgbti, #lgbtq community, #lgbtq, #transgender, #trans, #wow I can talk
0 notes · See All
americantoothfairyText

I proceeded to get drunk at 11 am after this

It’s not hard to realize someone who you fell for for their extraordinary aura is really not all that extraordinary, and then it’s easier to let go of every facade you used to be so astounded by, but what in the world am I supposed to do with the broken beginning I cannot let go of? If they were supposed to be a fresh start, a healing process from the last not so extraordinary person, and now I’m just left with two sad stories and ever more cracked heart that cannot stop building higher and higher walls around itself? I suppose that’s the folly of the closed off, hurting what they did not know was there to hurt because they did not care to ask, because they blocked you out to keep themselves from knowing; because they planned to leave, so they didn’t want you to hand them any more strings to cut later. I know. I have done it, when approached by peers I just do not want trying to edge over the line into my close proximity. But really, truly, you would think someone who speaks so sweetly to you, who whispers of cradling you and taking care of you, and maybe one day working up the courage to openly loving you, would want to know you. But I guess I just wasn’t worth that.