Grey-identities are so important guys and I don’t know how to make y'all realize that.

We are not allo because we don’t feel sexual and/or romantic attraction frequently and/or intensly enough to even remotely relate to allosexual/alloromantic experiences. Nor do we relate fully to the aroace experience because we do feel attraction but it’s so rare that it’s still the closest to relate too.

And then there are people who say that aroace is exlusive for people who are 100% aromantic and 100% asexual. But even if we don’t listen to them we ourselves might feel alienated from the label because we’re still different from the other aroaces.

Grey-aros and grey-aces deserve so much love and it’s a shame that they’re often overlooked.

In Mulan (1998) when she sees a naked man run into the water, she’s immediately repulsed by his dick and says she hopes she never sees that again

Conclusion: Mulan is asexual. No I do not take criticism

i know this is supposed to go w/ the picture i’m making but the majority gets covered up, soooo

ace background, i looked up the meanings of the colors so i could get a proper feel for them, and blue’s my favorite color so i shaded w/ blue. 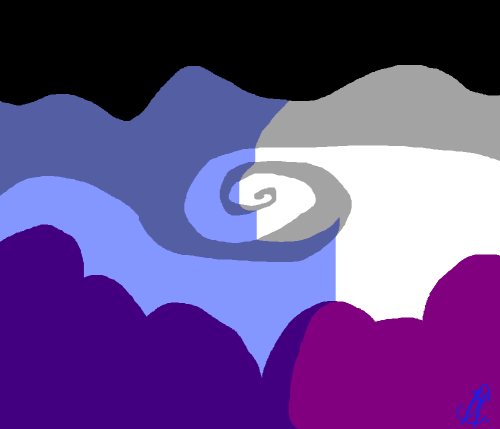 Question, is there a dating site for asexuals looking for love? Cuz like asjsjjshsksjsnn

Cannot believe I wrote a bunch of Rise of The Guardians smut and still believed with  all my heart that I was a sex repulsed ace. Not that sex repulsed aces can’t write smut but you can feel the repressed horniness over the text. Incredible. Christianity and internalized acephobia can both be a hell of a drug.

Some very poorly made aro, ace, and aroace parental!roy and Ed icons

So I’ve seen some very amusing posts circulating asking asexuals, aromantics, & other aspec people what Aphrodite would look like to them since they’re aspec. While that’s amusing, it did make me wonder how the Ancient Greeks actually thought of & structured love & how love kind of works in their deities. What does a god or goddess of love do for them?

This is what I found, for anyone else who’s curious!

-Aphrodite is actually the goddess of love in general, not just sex/romance! So, realistically, an ace-aro could see a friend, a family member, or anyone else that a person can love in a non romantic/nonsexual way! This would probably also include aesthetic attraction, so if there’s an aesthetic you enjoy she may appear that way!

-There are seven winged gods of love & sex called The Erotes or Aphrodite’s Erotes; they are usually agreed upon as the descendants (children & grandchildren) of Aphrodite. Eros/Cupid is the most well-known, because in newer mythos (post Ancient Greece) people smashed all the Erotes into one god since (1) they were known for being mistaken for one another & could pretend to be each other even though they’re not deities of the same thing & (2) some cultures felt like the Ancient Greeks “overcomplicated” love (they had 8+ different words for types of love).

-Eros/Cupid is also the god of love in general, & is the son of Hermes & Aphrodite; he is the deity that all the others got smashed into later on & is still recognised for Valentine’s Day & dates as the god of sexual & romantic love, even though he’s the god of all love like his mother

-Pothos is Eros/Cupid’s son, & is the god of sexual longing, yearning & desire (allosexuality)

-Hymen/Hymenaios/Hymenaeus (no one agrees on the spelling) is the god of marriage, romantic love, romantic passion, & romantic desire (any non-aromantics (alloromantics?)), & is most powerful during wedding ceremonies. He’s the most powerful influencer of love other than Eros/Cupid & Aphrodite, but he’s weaker if it isn’t during a wedding ceremony.

-Hedylogos is the god of sweet-talk, flattery & flirting (doesn’t require sexual or romantic attraction - this is a god of flirtatiousness but people can flirt without being/feeling in love). Not much is known about him now since he isn’t talked about much & digging up information on him isn’t easy.

-Anteros is generally agreed to be the son of Ares & Aphrodite, and is the god of reciprocal/requited love (his name is literally “love returned” or “counter-love”) & avenger of unrequited love (punisher of those who scorn love & the advances of others - love specific karma). He’s known for wielding a golden club with arrows of lead.

-Hermaphroditus is the child of Hermes & Aphrodite, & is the intersex genderfluid god/goddess/deity (known for being “partly male and partly female”; they’re usually shown/carved/painted with a female chest & male parts below the waist?)) of hermaphrodites and effeminates (male and female sexuality). They’re essentially the deity of, in modern terms, fluid sexuality & fluid gender, & would be an avid LGBT+ advocate & patron/matron deity.

I don’t know for sure if anyone finds this interesting or useful like I did, but, I’m sharing anyway because why not?

you are not protecting children by encouraging sexual behavior in kids and discrediting ace identities but here we are.

I am also available for pride related crocheted scarves and beanies, (at the moment; May add other things soon.) If you’re interested in that feel free to DM me on twitter: @/ bipolarbearLB3 (that’s the fastest way to get a hold of me. Or ask me off anon/message me here.)

HI IM VERY NERVOUS im born a woman and still identify as female but recently ive noticed i dont feel like having a chest, like i dont mind it but i dont prefer it, and i want to change my name to ones less “female” (Ludwig for example) but im not entirely comfortable with they/them and not confortable with he/him prounouns

id also like to mention that my fashion is all over the place, i dress in skirts, pants, vests, shirts, anything aesthetic really, and i STILL identify as female

does anyone know what this means?? might my chest problem have something to do with me being asexual and not being interested in things that “turn you on” like breasts?? might i just find the name ‘Ludwig’ nice?? if you have any ideas on what im onto please, list them in the comments or reblog, thank you! ☆