#this is a direct call to revive tjlc, #like i would love if this happened, #bring it back baby!, #tjlc, #tjlc is real, #johnlock, #bbc sherlock, #sherlock
0 notes · See All
zeroterrysPhoto 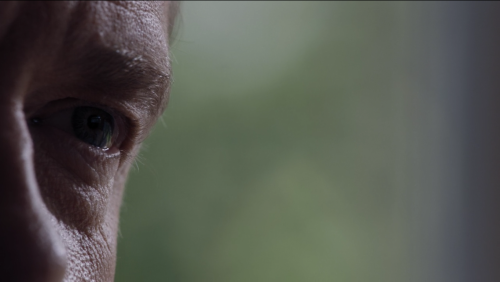 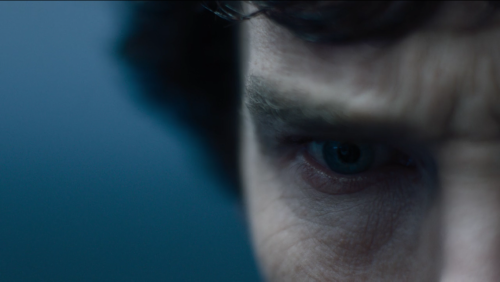 once again, we ignore the canon relationships in favour of ✨gay✨

I would love some requests to be sent in! Spn, Star Trek, Lotr, and Sherlock are just a few of the fandoms I will write for. You can read the pinned post on my page for more.

As I’ve only just started this blog, I will only be doing male x female. It’s what I have done many times, and know how to do. Please no hate on this!

I hope everyone has a beautiful day! One as beautiful as they are! Please request!

When Mycroft is blamed for his uncle’s death, his only options are prison or go into hiding. Unwilling to leave his younger brother without family, Mycroft chooses to run. Aided by a family friend, Mycroft and Sherlock escape to America, becoming Michael and Scott Hunt.
Mycroft finds himself blackmailed into a running an illegal gambling hall, until a few chance encounters with Gregory Lestrade change his life forever. 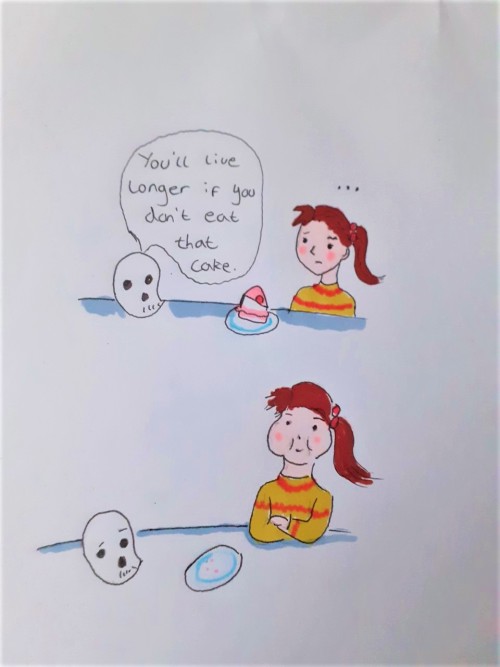 Pirates of the Caribbean

#doctor who, #friends, #hp, #fantastic beasts, #chilling adventures of sabrina, #it, #lord of the rings, #marvel, #pirates of the caribbean, #sherlock, #star trek, #the mortal instruments, #the witcher, #the umbrella academy
0 notes · See All
brokenlibrarygirlText

Nancy Springer, the author of the Enola Holmes books has just now discovered Sherlock on Netflix.

I really hope she’s savvy enough to see the wrongness of series 4.

The day had begun with John and Sherlock on a case, as many days do. John wasn’t entirely sure how they had ended up playing laser tag against each other like a couple of school children, but that was where the day had led to.

A request had come on Sherlock’s website for investigation into a children’s arcade. Some of the staff had noticed some strange things happening in the arcade, and they weren’t sure what to do. So they had contacted Sherlock to come investigate. They seemed to be under the impression that there was something supernatural going on. Of course, Sherlock couldn’t resist investigating that. He had to prove it wrong.

They arrived at the arcade before it opened to talk to the owner and the employees. They told Sherlock about the lights flickering on and off, cold spots that would randomly appear and then disappear just as quickly, machines running when they shouldn’t have, the animatronics appearing to move on their own, haunting music playing, doors being opened or unlocked when they shouldn’t have been, and a whole host of other problems. The last person to talk to them was someone who claimed to have been assaulted by whatever entity had taken residence in the, quite frankly, second rate arcade.

Shaking, the employee described how he was closing one night when he had heard strange noises. He had tried to ignore them, but after hearing one right behind him, he got spooked and ran into the laser tag arena. While trying to hide, the lights and fog machine had come on. He was chased through the maze, attacked, and woke up sometime later with a bump on his head and a bruised ego.

In the time it took to listen to everyone give their account, the arcade had opened. Sherlock sat stock still, entranced in his mind palace, while bad music blared loudly and children ran around, whooping and hollering.

“I need to see the inside of the laser tag arena,” Sherlock eventually announced after several minutes of sitting in silence, fuming slightly as he tried to block out the distractions around him.

“You … want to play laser tag?” John asked in disbelief.

“Yes, John, I do,” Sherlock said, standing and walking towards the laser tag arena, coat swishing behind him.

“Oi, Sherlock. We gotta buy tokens to play laser tag.” Several minutes and token purchases later, they were suiting up to play laser tag with a group of teens and younger children. John and Sherlock weren’t really paying attention to what suits they were putting on, so they ended up on opposing teams. Neither one of them really cared, however, as their goal was much different from the children around them, who were giving them many strange looks. John tried his best not to fill self conscious. As usual, Sherlock didn’t seem to notice. He spent his time looking around the entrance area to the laser tag arena and impatiently waiting for the employee to finish explaining the rules. When they were finally allowed in the maze, the two teams ran off in opposite directions. John attempted to follow Sherlock, but someone from his team shouted,” where are you going!? This way!” Another person wearing the same color as him grabbed John’s arm and dragged him where the rest of the team was heading.

“Hey, wait,” John tried to protest, but his younger team members were too focused on winning to let the dumb old man ruin their chances.

“Oh, great,” he muttered. He had no idea where Sherlock had gone off to. The kids all huddled together, discussing their game plan, until the alarm that they could start shooting went off and everyone scattered. John was left standing alone and was shot by someone almost immediately.

“Hey, what the-!” he exclaimed as his suit buzzed and flashed several times.

“I’m gonna kill Sherlock for dragging me into this,” he muttered as he walked away, trying to find his tall friend somewhere in the flashing neon lights and fog that filled the air. However, Sherlock wasn’t anywhere out in the open. And John was getting real annoyed at getting shot every few seconds. He eventually started going to more secluded parts of the maze. Still, Sherlock was nowhere to be found.

“I’m never gonna find him,” John muttered after checking yet another darkened dead end. However, he turned around and there stood his friend, appearing almost out of thin air, like a ghost.

“Oh, there you a-” John was cut off as Sherlock pressed him up against the wall, a very solid ghost.

“Hey, what are you-” John was again cut off as Sherlock pressed his lips to John’s. For a moment, the world ended. There was no intense music. There were no flashing lights. There were no children playing fake war. There was no arcade, or floor beneath their feet, or even air to breathe. There was only Sherlock’s lips on John’s and the explosion in his chest slowly spreading to his entire body and turning his mind to mush.

When Sherlock pulled away, John nearly fell, Sherlock’s weight no longer keeping him pressed against the wall. He tried to think, to form at least one coherent sentence. But his brain completely failed him.

And then Sherlock did something else completely unexpected: he shot John Watson in the chest, point black. John was brought back to reality at the familiar buzzing of his suit. John watched in outrage as his friend walked away, smirking.

#inspired by one of those 'imagine your OTP' prompts, #johnlock, #sherlock, #ficlet
3 notes · See All
maurogutierrezText

Well, that was tedious

I was curious if Finn Cumberbatch had a middle name. Googled it and got more than I cared to see. Some people in the Sherlock fandom are mentally ill. There are so many articles by people who were once fans, but the moment Cumberbatch had the audacity to have a life and get married (gasp), these fanatics turned on him. Why? Because he didn’t fulfill their sick fantasies where he met them and fell head over heals in love with THEM. Get over it. He’s an actor. Sherlock was a character he played. He has a life, and that includes his wife and family. It doesn’t give you the right to make up inflammatory posts about him and his wife being traffickers or her and the children are fakes to help with his career. You people need serious mental help. Please seek it out. The people who harassed the cast and crew when they didn’t make your stupid paring canon seem to be a part of that group doing this. Just stop. These things don’t give any of the cast or crew incentive to ever come back to revisit the series either. I know I wouldn’t want to be stalked and harassed like this. 🙄

Sherlock Holmes: c’moooon is the only logical esplanation! is obvious!

John Watson: I give up. How did he die?

John Watson: A… a boomerang?

Sherlock Holmes: a boomarang! he thru a boomaran then it came back and killed him in the head

John Watson: I liked you better when you were on cocaine.

My thoughts: I would LOVE to watch this guy play Among Us.

Inktober 2020 #28: Ink and watercolour illustration for my spooky Hallowe’en fic The Subtenant. It’s up at AO3 now. 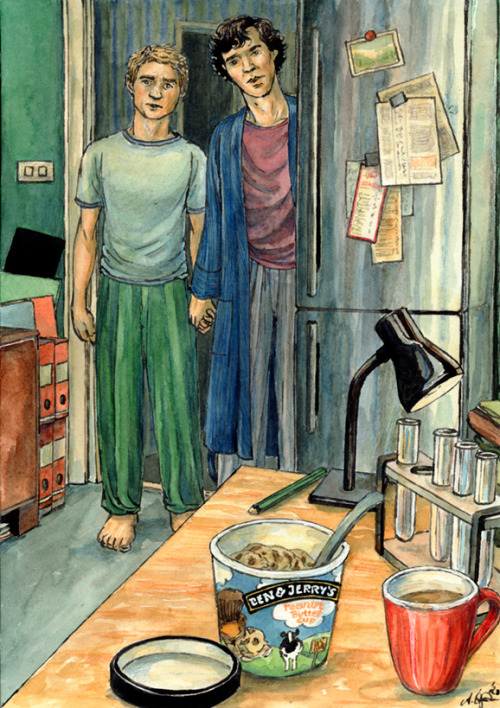