so I’m just trying to do a simple proof but I SUCK at proofs. This is my best attempt, but I know that it’s wrong because I haven’t actually done anything to prove that c in this case needs to be positive. Can anyone help me?

It’s in the pudding.

The harmonic series are as follows:

And it has been known since as early as 1350 that this series diverges. Oresme’s proof to it is just so beautiful.

Now replace ever term in the bracket with the lowest term that is present in it. This will give a lower bound on S1.

Clearly the lower bound of S1 diverges and therefore S1 also diverges.
But it interesting to note that of divergence is incredibly small: 10 billion terms in the series only adds up to around 23.6 !

Honestly this is such a good moment. In a few short hours, finals will be over and I’ll be watching Rogue One. Studying math proofs with a spacey playlist (ty ty @kaijuno) is so ideal and I have a large quantity of coffee in my fave mug and there’s snow outside. Just so ideal. 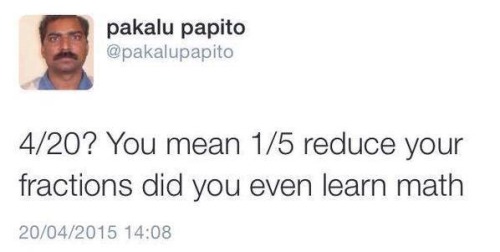 Just some math, spoilered for length. Nothing important.

#turned in a rough draft for the rest, #math proofs, #how far I have come, #me, #personal, #chapter 5, #maths
0 notes · See All
thelabyrinthmakerText

Ah yes. After 6 straight hours of writing Mathematical proofs it is time for me to start the next day. Gooooooood morniiiiiiiinggggg!!!! 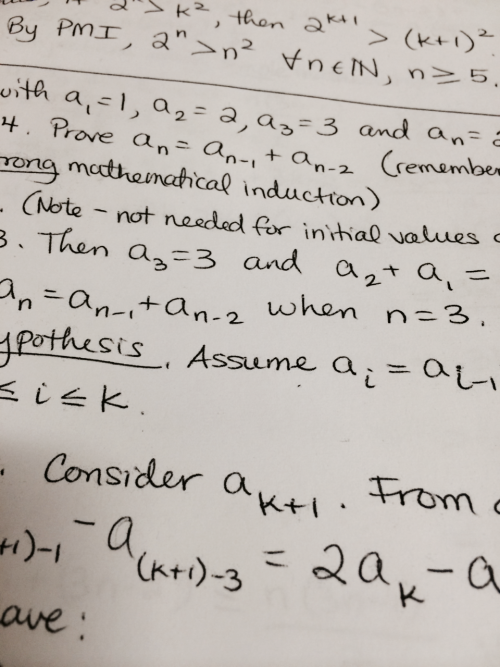 I was just told that mathematical proofs are meant to be understood by anyone who understands basic math.

I don’t get proofs (that involve an entire notebook page of notes to answer them or above college algebra level for that matter), the mathematical language, or the philosophy of mathematics.

I feel in between upset and angry that I was basically called either lazy or stupid for not getting proofs.

Math is not my focus and math is not always simple for those outside of the discipline.

“there are different levels of infinity…”

Are you ready to have your mind blown?

so I’m procrastinating my Real Analysis homework by looking up the difference between a Rational and an Irrational number.

Wikipedia says that an irrational number (squareroot 2, pi, and e) is an infinite non-repeating decimal which differentiates it from a rational number which will begin to repeat after the decimal.

Now my thought was “if Pi is truly infinite, then it would include every single number combination possible."

That leads to two conclusions:

So therefore, it could be theorized that irrationals are a subset of rationals, or that they are in fact the same thing as rationals only more complicated.

I have a math homework problem here where I have to prove 0<1. ZERO IS LESS THAN ONE.

so I solved it. BY FUCKING PROVING THAT ZERO DOES NOT ACTUALLY EQUAL ONE.

Using 0*0=0 (a specific case of something proven in my last post, to be found here), and the distributive law (a*(b+c)=(a*b)+(a*c)), and the idea of an additive inverse, one can prove that -1*-1=1, which can in turn be generalized to prove that a negative times a negative is a positive, although I don’t think I’ll do that in this post.