i’m very high. ask/tell me anything!

Me climbing a building vs me crawling under a fence

@jonbutter Omg, have you seen this!?

rational brain says don’t do a f/o takeover because you’ll want to hang out with your f/o for realsies and you’ll get sad, lizard gremlin brain says YOU RP LEVI NOW THOUGH

#so yeah im undecided, #and i still have no idea what theyre about, #im just not the type of self shipper who makes up a whole backstory to my fictional relationships, #cause itll make me sad that it isnt actually happening and no one is hugging me, #original post
1 notes · See All
steadfastText

Homemade pizza rolls with a Rum and Coke. Fuck yeah! I deserve this!

ugh god this update is horrible 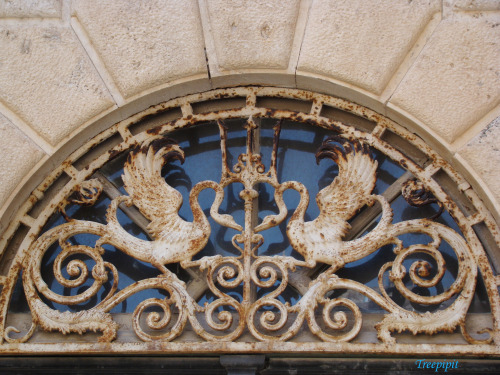 good news! my new set of mini sharps containers arrived just as my old one was almost full. less good news: i ordered two (2) sets and they sent me one (1)

Okay okay but Geralt’s dog Roach being the neighborhood’s favorite, and Jaskier moving in and Roach starts chasing his cat. Jaskier is PISSED that he finds his cat treed a lot and complains to the neighborhood watch about this dangerous and mean dog.

And then one day there’s a knock at Jaskier’s door, and this muscley, handsome, silver-haired man is on the other side of it. And Jaskier is a goner. He finds out that his name is Geralt, and that he’s the owner of the dog.

Jaskier decides that Roach is still a troublemaker and needs to be trained, but his owner is wonderful and he’s gonna find stupid excuses about Roach to go over to his house and flirt.

#The Witcher, #Geraskier, #Another modern au, #Training your dogs to not chase cats is hard, #Original post, #My ideas
39 notes · See All
maincharacteringText

…this worked out so well

soft, sunny smile. fluffy brown hair flying in the wind as they grin at the clouds. It’s different, but it’s so so lovely.

I stand at a distance, watching as they speak over and over about their interests, smiling. something dark pricks at me.

something that says that I’ll never have them.

I know, but I choose to stay in this wasteland of love and hurt.

#thinking about a nb lover, #it may be about someone may not be, #the world will never know, #my writing, #writing, #drabble, #poetry, #spilled ink, #my post, #original post, #nblnb, #nbla
6 notes · See All
hereisasuggestionshutupText

dear, let me kiss you, shower you with the love you deserve. let me run my fingers through your hair, watching as the stars are born in your eyes. let me love you, let me show you, darling, that I’m every bit as in love with you as they believe. you are my universe, my everything. breathe and whisper, and we’ll be here to see it fall.

The ocean hums a soft tune, quiet and careful.  It doesn’t want to scare you off, it doesn’t want to harm you.  It catches you in it’s cold embrace, and the waves lap against your skin.  Your eyes are closed until they open.  There’s no more you.  No more body.  Just the ocean and the stars, swimming endlessly in an open vastness.

You tilt your head to the side, tears spilling from your eyes until they’re indistinguishable from the salt water you float on.

Fics where Ajay just lets Sabal turn Bhadra into the Tarun Matara and is “powerless” to help her irritate me.

Like with the Amita ending, Ajay asks where she is and Amita gives him the “don’t even try looking for her, you won’t” answer, which gives people different conclusions as to Bhadra’s fate. I am of the mind that Amita killed her ONLY because Amita—like Sabal in his ending—is drunk with power and paranoid of losing control of it. And so long as Ajay is around, he will keep Bhadra in Kyrat where she can be idolized and steal Amita’s power, but now with the Unstoppable Force that is the Son of Mohan as her regent/protector.

Anyways, Ajay cares for Bhadra and with the options to still kill the Golden Path member that he chose to appoint as its leader (after learning how truly shady they are and the fate of the fourteen year old war orphan), Ajay cares more about Bhadra’s well being than that of “his leader”. She’s one of the only Plot Important Characters to not try and influence manipulate Ajay or make him understand why she does the shitty things she does (asides from the fact that she doesn’t do anything shitty). Ajay even reassured her he’d do right by her and Kyrat. No matter who he chooses to support, he screws over her and the country one way or another.

Obviously, the clear choice is for Ajay to rescue Bhadra and flee to the US, but the gamemakers didn’t make that an option. 🤷🏻‍♀️