She-Ra fanart because I loved the show! Also great excuse to draw a horse 💕 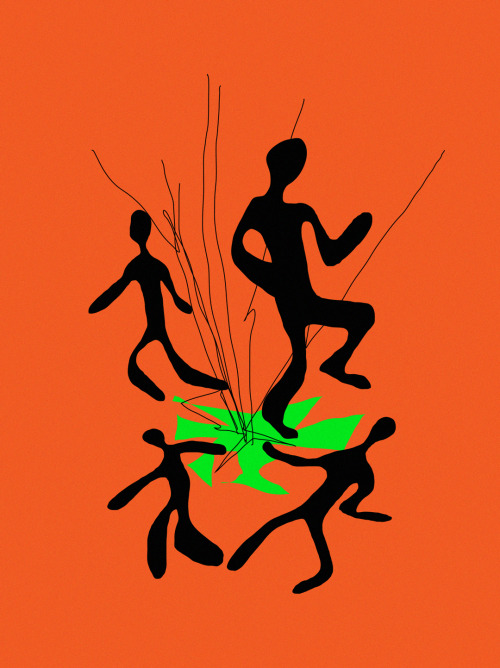 Animation still from a project!

Why does tumblr butcher the quality on pictures,,, click for quality

Quick and dumb drawing of Emilia from Re:Zero. She is best girl no questions asked.

<please do not repost> 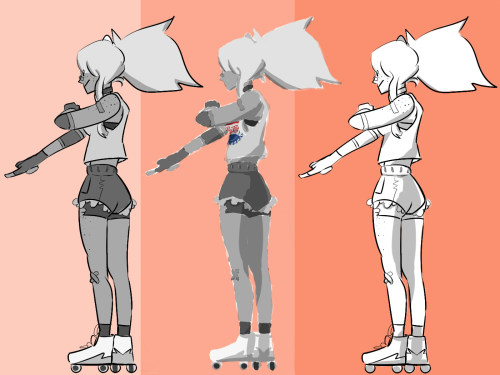 Shingo being Shingo, nothing new.

so uh
my hand slipped

I hate drawing noses in this styleeeeee 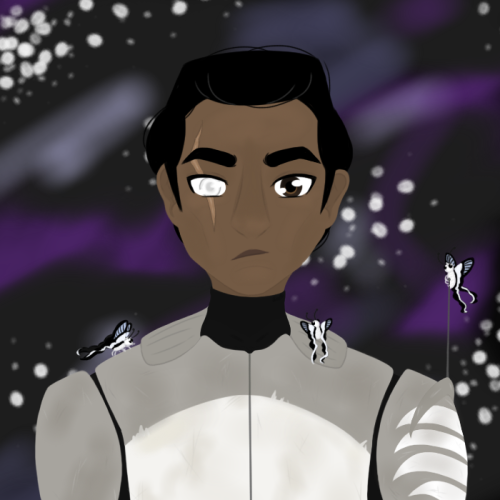 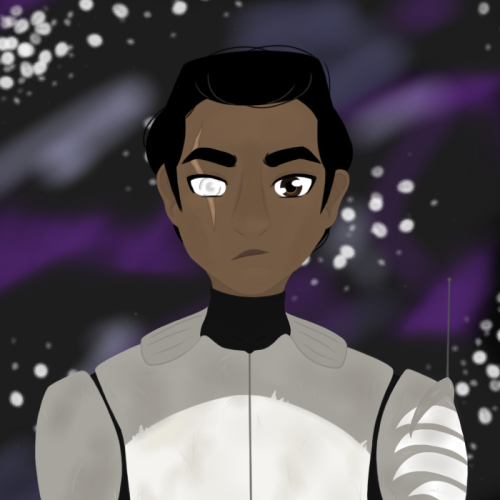 Recently bought this sassy and lovely snake so i drew her! Her name is Kimora. 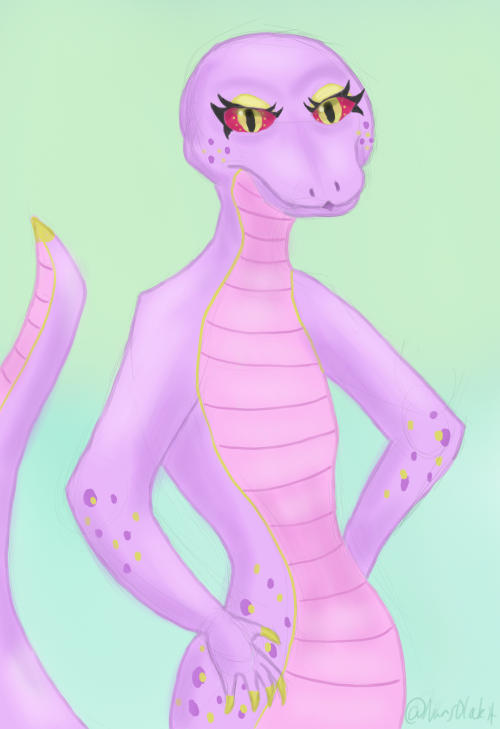 “I can’t believe you are dragging me along with you” Pavo groaned, thoroughly displeased that he was disturbed so early in the morning.
Morpho was the first to wake up that morning, bustling with energy and a hunger for excitement. He spontaneously took Pavo by the ear to go exploring with him. The only thing on Morpho’s mind was adventure while Pavo wanted to sleep in for an extra hour or two. His mind was reminiscing over seeing Hope in great pain. Why was she so upset?

“I’m doing you a favour, you know. No offence twigs, you need to actually have fun for once. Otherwise you’ll be a grumpy old buck for the rest of your life”.
“And how do you know I’m not grumpy now?” Pavo raised an eyebrow.
“Cuz I’m a delight to be around, duh” Morpho smirked. “Not that you needed to be reminded, of course”.

Pavo rolled his eyes at the peryton’s remark. “WAIT PAV-!!!”
Pavo suddenly skidded down a large crater in the ground. He tried to run back up but he lost his gripping on the rocks, making him slide down all the way to the bottom. He coughed as the large dust cloud slowly faded away.

“Woah you okay down there?!”
“Y-yeah I’m fine just…” Pavo looked into the cave and froze. All he could make out was a giant silhouette, expanding and shrinking slightly. He didn’t know what it was but, this was breathing.
“You getting the hang of it! What a great start! I’m coming down!” Morpho announced, taking a dive into the cave. “See I told you! Wasn’t i- uhhh… what’s with you?”
“Don’t. Move. A muscle” Pavo muttered under his breath.
“Pfft, I’m not going to fall f-”
“I mean it Morpho d-”

Their hearts stopped. The creature emerged from the shadows, stalking the two intruders.

As they ran in opposite directions, Morpho clumsily flew just in time as the creatures barbed tail swung past him. Pavo ran up the side of the cave, only to slide back down. The creature turned its attention to the lone buck, stumbling in panic. “HEY!! LOBSTER FACE!!” Morpho shouted and threw rocks at the creature, getting the it’s attention.
“EYES ON THE STAGE!!”

Morpho performed summersaults through the air; twists, turns, flips and all. Irritated, the creature swung its tail at the peryton. Buying Pavo some time to escape.
With the beast preoccupied, Pavo made a final dash for the slope. This time he got enough grip to pull himself up one of the ledges. He leaped across to another ledge with the beast preparing itself to attack. It was now or never. He was mid jump when the creature’s tail went to grab him. It narrowly missed, grazing Pavo’s tail. He ran to the top and fell onto the soft  grass beneath him, catching his breath. Morpho perched himself in front of him, also trying to catch his breath. There was silence momentarily as they calmed down and looked back down at the beast, which scuttled back into the darkness for another day. Realising that they were safe, they both started to laugh.

“What the heck was that?!” Pavo asked, questioning everything he knew about the world.
“Haha! Who cares?! We defeated a monster, Pav! We. Defeated. A. Monster!! Just like the stories my parents told me as a kid too! I’m might to be remembered as hero someday!”
“Those were just stories Morpho. They are completely fictitious and have been greatly exaggerated”.
“What if they’re not? We both saw the same monster, how do you explain that?”
“I-I don’t know…but it can’t be…ughh headache again”.
“Come on! Let’s go tell the others!!” 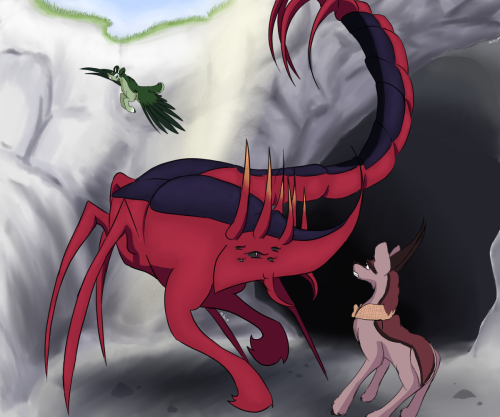