Today we interviewed the potential new candidates for my committee. It felt strange sitting there and remebering that not even a little more than a year ago I had to go through the same thing.

As for my academics: I’m officially going to start studying at 22:00 after clearing my head a bit and preparing for a study session.

Me and my boyfriend also started watching The Legend Of Korra a few weeks ago and I can’t wait for tonight’s episode! We would’ve watched it last night…but I fell asleep (typical but hey, I was tired☆)

Anyhow, nightnight and remember to dream.

Something i hate most about ppl in academia, some of them really believe that bc they earned a title it makes them a genius on everything.

Really had a toolbag on twitter try to flex on me when i challenged them on a matter to do with my own state’s way of handling special elections. They were like “i have a phd in history & im published in topic of the constitution & blahblah where do you get your info??”

I just had to google for <5min provided a link & they were like oh interesting. Yeh interesting is a word.

Here is another word: annoying. That is you. When you don’t know me & try to assume im a dumbass bc I’m not telling everyone what my education level is or what i have or have no published. When you assume anyone who didn’t go to college is stupid. When you assume that you know more than anyone when you don’t even bother to check your own knowledge.

Why the fuck would having a doctorate in HISTORY & having written anything about the FEDERAL constitution have ANYTHING to do with how ONE state has chosen to run itself? Unless you have a doctorate to do with this State’s current government i do not care.

Knowledge is a living organism. Ask me what i mean, nevermind imma tell you.

Knowledge changes, grows, & it can only persist if people who have it keep it alive by passing it on. Do you have any idea how much knowledge has been forgotten bc it’s simply not relevant anymore? With so much advancement in technology & methodology some knowledge does become rendered obsolete. Sad but it happens. So anyone who claims to be an educator must continue to educate themselves so long as they live so they can be just as good an educator when they are near the end of their career as they were at the beginning. If knowledge doesn’t grow &/or isn’t passed on, then it dies.

I cannot blame people who hate academia or those in the field. You need to balance to be effective as an educator. Relatable while also informed. It’s not about a title or a degree. It’s about what you know. As part of the generation that graduated among an oversaturated market i can def attest to degrees not meaning jack shit. I probably shouldn’t have even gotten my bachelor’s degree tbh. But they didn’t care as long as they got my money.

Ill call your weird flex bluff & then make you look a phDummy.

I’ve realized how much I devote time organizing my academics for long durations that it’s such a burn out for me because I forget to do some things for my physical and emotional welfare. And since I get so much burn out, I tend to distract myself more and minimize my productivity.

So guys, time management is not just a key but how you prioritize your tasks is equally important. Being a student, I usually associate time management on how I could organize my academic tasks so that I could finish them, but oftentimes I forget to add some tasks mainly for myself.

zzz Now taking this into consideration, I’d like to see how I’m going to progress this week especially that it’s going to be midterms in the next few weeks.

Sometimes it can be hard to peg traits that are consistent throughout the years, especially when some stuff is retconned. I’ll try and give you a general summary of what kind of student he was, and then I’ll give you a bunch of panels to look at (some of them take place in his college years) so you can kind of draw your own consensus as well. Keep in mind that a lot of this information is going to come from older comics since Dick hasn’t really been shown as a young student in recent comics.

In early comics, Dick was a great student who seemed to excel at math and chemistry. He liked to be involved in school and was even a math tutor during his college years (before it got retconned). In Tomasi’s Nightwing run, he was a history buff, so I guess we can assume that he also excelled at history.

I’ve included some panels from Untold Legend of Batman. You’ll see that Dick was thrilled to get out of high school, and in those panels Dick didn’t seem to enjoy school as much. This comic shows some hardships Dick had as Bruce Wayne’s ward. He was known as a rich kid and that set him apart from the other kids.

Dick saw himself as different than the other kids because of the fact that he was Robin. In both Untold Legend of Batman and in Batman #162, Dick wished he could be like other kids. In Batman #162, he was upset because he couldn’t play basketball to his full ability since people might have connected him to Robin if he was playing too good.

Being Robin also gave Dick some trouble when he was in college. He’d spend a lot of time working cases, meaning his attendance at school suffered. He was great at school when he was actually there, but skipping so many classes to do Robin stuff caused problems for him with his professor.

In the storyline where Bruce fired Dick after Dick got shot by the Joker, Dick went to college for a little bit and didn’t too tell well. He was depressed about what happened between him and Bruce, and I guess that on top of doing Robin solo reflected poorly on his academic performance. Dick then dropped out of college and went to work with the Titans.

Robin: Year One came out in 2000 and depicted Dick as a middle school student. Alfred commented that Dick was doing great in both his academic and Robin studies.

In Rebirth Nightwing, Dick was briefly shown as a college student, and he ended up getting distracted from his college stuff to work on a case instead.

So you can see how there’s a bit of a contrast between Dick’s academic progress during his middle school and high school years vs. his college years. And even his college years aren’t consistent across the continuities/reboots. Like I said, he was considered a book worm in college, but in other depictions, he didn’t seem to mesh with college that well.

Believe it or not but never in my life have I ever gone down the Wikipedia wormhole. Going down that path for research articles though? More likely than you think

#me: having 20 tabs open with articles that sound interesting, #also me: open five more articles because they are mentioned in this one article and sound interesting too, #oops, #studyblr, #gradblr, #academics, #research, #studywithmelli, #*mine
9 notes · See All
scribbled-anecdotesText

Me, being confident in my academic work:

my life essentially at this point is an endless cycle of academic burnout, imposter syndrome, and feeling sad because no one except tumblr people interact with my posts.

Smooth Fun Fact #1096: As his son advances in his education, Smooth’s ability to be a useful tutor lessens every year. (Bonus Fun Fact: When asked for assistance, Smooth regurgitates the phrase, “I don’t know,” with an alarming amount of frequency, as his memory of what he studied 30 years ago has long faded. Extra Bonus Fun Fact: To academically support his spawn, Smooth now needs 10-20 minutes of internet research to refamiliarize himself with current grammar rules and mathematical processes.)

If you are a high school students then you should try these top 12 android apps to manage your daily tasks. For more tech and programming tips follow us now @techbiason 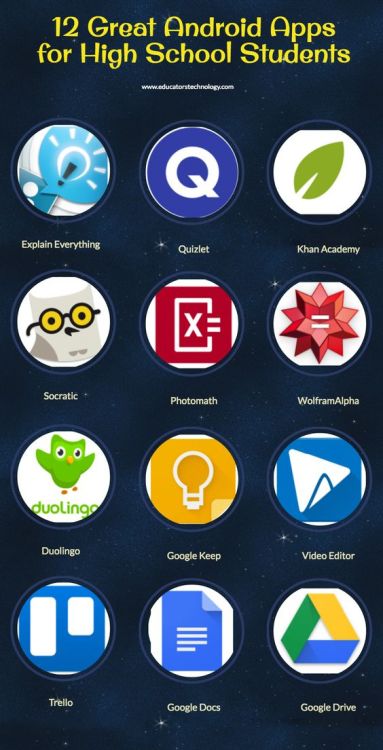 Over a year into college and I finally made the switch from biology to history. And I feel happy in this Chilies tonight. This is the effect Dead Poets Society has on me.

Hoping this blog will motivate me and encourage productivity metacognition. Would love to kick back with some other history (or non-history) studyblrs so give me a follow if that fits your blog’s vibe.

Today, as part of my work duties, I had to call home students who had been absent from yesterday’s classes. I spoke with a mom who said her daughter was currently being transferred to a continuation school. She was frustrated and disappointed that her daughter had lost her discipline in keeping up with school (since she was an Honors students before). Moreover, she was struggling in her art class even she herself made art and sold her pieces. It was heartbreaking to listen to the mom vent her frustrations. One, because it reminds me how much this pandemic has fucked us over, young and older folks, in terms of motivation and mental energy. And two, I can see myself in that student…

Leave your thoughts and answers below…

Thank you so much for choosing
Best Home-Tutors …

Goodday Class,
Thank you so much for partaking in this question above…

i’ve been feeling a bit demotivated as of late, so i revamped my study space & put up some wall decor :)

what’s up i need Results for this survey and was not specifically prohibited from asking on tumblr dot com. it should take about 10 minutes and is not invasive or challenging and you would be helping a stressed tired disordered queer undergrad pass a class. also the results will be interesting if i achieve statistical significance and i will post them here so please complete and reblog this!