just added 70-episodes worth of anime to my to-watch list, as if I already hadn’t enough things to watch. i should be done with them by 2030 hopefully.

Finished my assignment yesterday. It’s not perfect but it’s something.

Spent a lot of time helping other people.

Could make tutorials on that actually. I don’t know everything but at least some basics.

Like could make a quick video on how to render out of Nuke or how to start a project.

Since I’m gonna be working in Maya for the next 3 months I could do it for Maya as well.

For Blender too. I have more knowledge than a complete beginner so I can still help some people out there.

So should look into that.

At page 190 now. Made some progress with the backstory part. Still more to go before we move into the final act.

My longest script was 234 pages long. That was a Transformers script. This is gonna be much longer.

Tbh I can see this go up to 300. I figured it would be this long because there’s just so much stuff.

And it’s supposed to be a movie… Probably have to break it into parts. I can’t be bothered with writing them into episodes. Just gonna have hard cuts so you can carry on directly where you left off. So it’s not going to be like an episode. Just like watching one YouTube video that has 2 parts if you know what I mean.

And this is just chapter 1 🤡

Considering all this, it could be one season of a show. But it’s just one continuous story. No real time passing between the episodes since everything takes place over 3 days or so.

Let’s finish it first and then see what we do. Getting everything written down is the most important thing now.

Will have years to figure out the rest.

Gonna sleep now. Went to sleep like 5h ago.

I’m currently an undergraduate student majoring in Psychology and minoring in English Literature/writing. I have three years of experience in copy editing, proofreading, and transcribing. I’ve worked on content such as essays, poems, audio files, and handwritten notes. I’m offering my services to anyone in need.

Not only have I worked in groups I’ve also worked with persons individually to be able to discuss what can be worked on.

The cost of my services will vary due to each person and what you’d like me to do. However, if interested, please feel free to contact me privately and we can go on from there!

Thank you for your time and consideration!

Good morning! My legs are so sore today. I probably shouldn’t have run the day after a spin class but oh well. I have yoga this afternoon so soreness shouldn’t be too much of an issue. Today’s gonna be a short day at the gym. I’m just gonna pop in for my yoga class then head home.

I really wanna have iced coffees but it’s way too cold for it. I could have one in the afternoon and a bath after to warm up but then I’d have to skip my morning coffee. I’m trying to limit myself to one cup of coffee a day so that my eyes don’t get too dry.

My lil kitties look as cute and precious as ever. They’re such good girls.

it is 3:11am, i have just finished my second essay of the year, and i have to get up in approximately 5hrs and 18 mins for a 9am seminar. life is brilliant, bloody wicked.

if i made a youtube/ studytube what kind of content would you like to see? i know im doing a bullet journal set up as well as study with me’s but what else?

Enjoying Wolf For A Spell by Karah Sutton 🐺

This is where I’ve spent the past three days: behind my laptop, listening to some critical role themed lo-fi, writing the longest essay I’ve ever written next to my bachelor’s thesis. My back and head hurt but I survived!

Nepgear and Uni from Hyperdimensional Neptunia are going to super hell for wlw crimes!!! 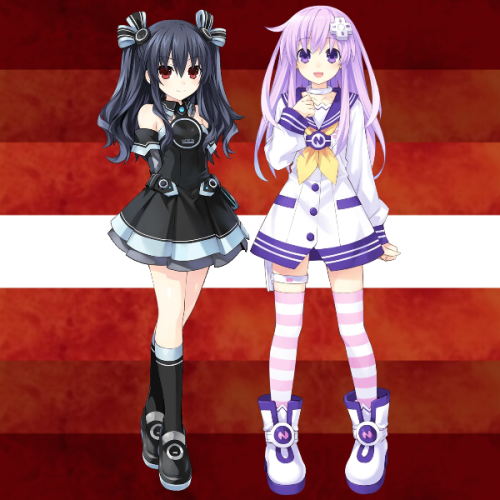 why is reading 120k+ words fanfics so much easier than doing my class reading?

just feeling off. all i want to do is sit in darkness like the. whole. day. but i have a therapist appt in 45 min and have to go get my covid test afterwards, but those are the only two things i’m gonna force myself to do today. (oh and i have a shift tonight but that should be ok i can be in blankets the whole time.)

i have a graded assignment due in an hour i think? it’s not worth very much but i’d love to do it like if i can, i just feel so awful and for like no reason?? and that happens sometimes, i know, sometimes the awfulness just comes and i’m like actively working on letting it come and letting it pass, i just feel shitty in the moment currently.

going to play some calming music or b99 and try to wash my face. maybe put one of the lectures i missed this morning on so i can do the graded assignment. idk we’ll see, not going to make myself do anything.

home made bread and revision

today’s setup for the day.

it’s pretty sunny today but it was raining last week and I kind of miss that.

I decided to start a thread about medieval Arab political thought because I just finished a course on this and it is super interesting.

Firstly, I need to make a distinction between Arab philosophy and Islamic philosophy: while those are often used interchangeably, Arab philosophy is a more accurate term because the thoughts and ideas presented were not all by muslims, and not all Islamic philosophies were written in Arabic, or by Muslims. Another reason is that while, yes these thoughts were often written in relation to Islam, they weren’t all focused about Islam, or any other religion.

Let’s start with the term “philosophy” in terms of society and politics: what does it mean?

Well, first of all, Ancient Greek philosophy was all about the truth and achieving the truth. It revolved around civil life - the common idea was that only a philosopher - a good philosopher - is able to govern a society because they know more about the truth that the masses. This notion was passed down through Hellenistic studies into neo-Platonism, the hub of which being Alexandria. Neo-Platonism was preserved and passed down through the ages until it reached Arabic. Philosophy then was translated into فلسفة سياسية (falsafa siasia), which translates to “political philosophy.” However, the word “siasia” - loosely means “political” - is much more complicated to translate into english or any other modern langauge. “Siasia” comes from a different word which means “to manage” (meaning to manage something in order to fix it). While Arab philosophy is Hellenistic in nature, it also differs due to the societal structure during medieval times. Politics was all encompassing and philosophers often discussed matters that have to do with education, unification, obedience, etc. in relation to cosmological beliefs.

Now, this is where we get two branches of “falsafa” (philosophy): سياسة مدنية siasa madania (political philosophy), and سياسة شرعية siasa shar’ia (politics that follow the religious law).

[In the next post, I will explain each branch]

Currently 5:30 PM. I’ve done just French all day, but I think it was for the best: I did something useful instead of procrastinating uselessly. That may or may not have been a hyperfixation, but hey, it gained me something. Gonna do studying for the makeup exams in this scheme: