4 Illustrated panels done for @riverheadbooks Instagram commissioned by art director Helen Yentus to celebrate the release of @ishmaelhbeah’s new novel “Little Family”. Born 23 November 1980, Beah is a Sierra Leonean author and human rights activist who rose to fame with his acclaimed memoir, A Long Way Gone.His novel Radiance of Tomorrow was published in January 2014. His most recent novel Little Family was published in April 2020:

A powerful novel about young people in a conflict-scarred land, struggling to replace the homes they have lost with the one they have created together.

Hidden away from a harsh outside world, five young people have improvised a home in an abandoned airplane, a relic of their country’s chaos. Elimane, the bookworm, is as street-smart as he is wise. Clever Khoudiemata maneuvers to keep the younger kids—athletic, pragmatic Ndevui; thoughtful Kpindi; and especially their newest member, Namsa—safe and fed. When Elimane makes himself of service to the shadowy William Handkerchief, it seems as if the little family may be able to keep the world at bay and their household intact. But when Khoudi comes under the spell of the “beautiful people”—the fortunate sons and daughters of the powerful—the desire to resume an interrupted coming of age and follow her own destiny proves impossible to resist.

A profound and tender portrayal of the connections we forge to survive the fate we’re dealt, Little Family marks the further blossoming of a unique global voice. 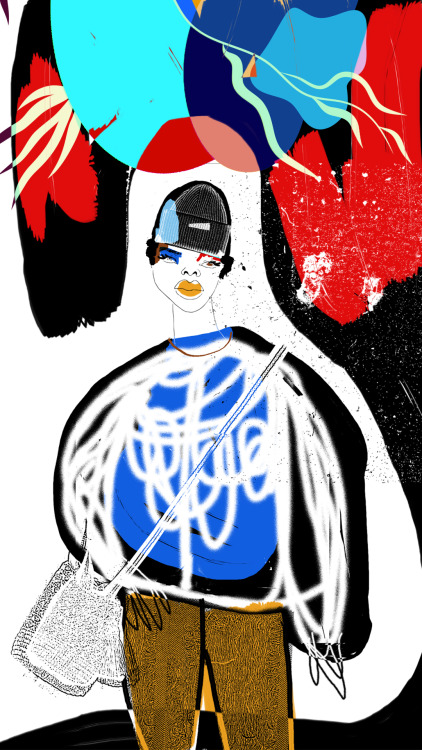 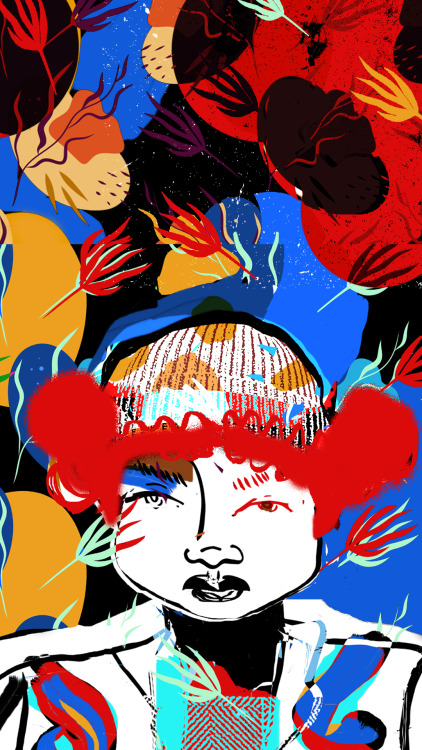 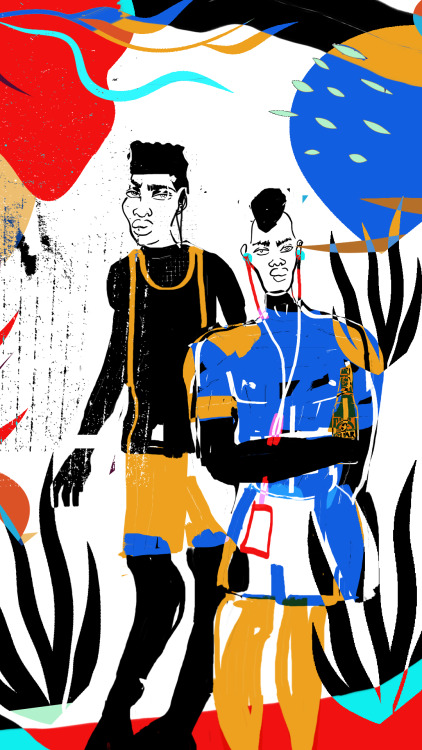 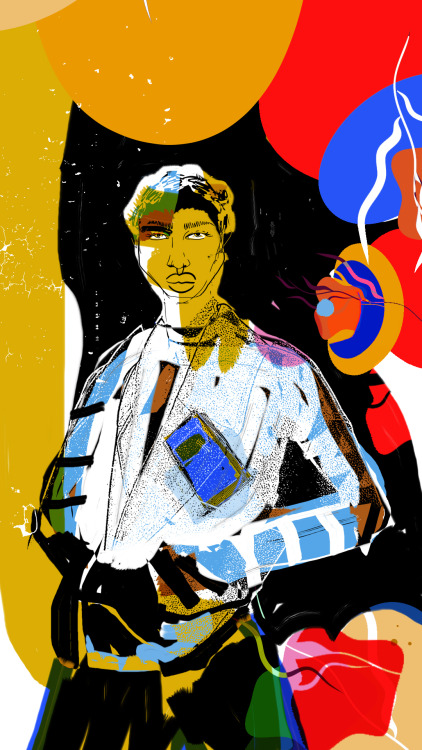 There is a new brand of diplomacy taking hold in Beijing and its chief architects have a suitably fierce nickname to match their aggressive style – they are the wolf warriors.

The Queens of Babi

My new series “The Queens of Babi”, on the drag community of Abidjan, now live on the Queer Festival Heidelberg website and exhibited in the streets of Heidelberg during the month of May 2020. I shot Kesse Ane Assande Elvis Presley, or simply coined as “Britney Spears” by her friends, along with Mohamed, aka “Baba” for a series which was created after meeting and talking with the members of Abidjan’s drag community, and discussing how to highlight their talent and creative passions. For a duration of two years, until 2018, members of the drag community in Abidjan would meet discreetly in an undisclosed bar to attend drag themed events, where they would parade and show off their finest creations to each other and members of a jury. A winner would be picked at the end of each event. The group has now disbanded due to adversities, but their desires to create and self-express remains. I chose to highlight the only two winners of these competitions. All creations were imagined by themselves and crafted from scratch, which was amazing to watch as I received their photo and video updates. Both have ambitions that reach beyond drag. Regular desires, that would normally be attainable to any person whose gender and identity would be deemed “acceptable” to carry these out within society’s confines. Both are also aware of the difficulties of work such as this in Côte d'Ivoire - from the costs, to finding a tailor who would agree to work on their outfits, and premises that would host without fear of backlash. All these remarks sadly point to the elephant in the room: The culture of drag and the LGBTQ identity still not as readily accepted within the confines of a modern African society. 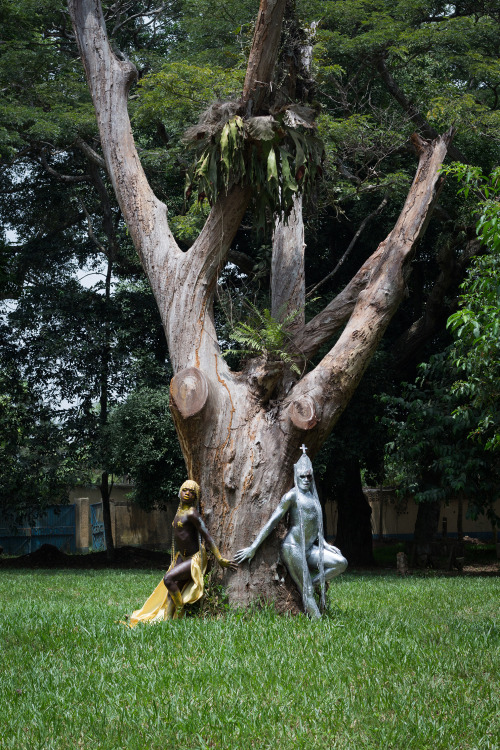 No ‘we are all part of one race, the human race 🧚🏽‍♀️✨’ ass bitch but I have never met a singular person that doesnt like the song Africa by toto…We should find a way to bottle the essense that song exudes cause that hoe will be the key to world peace. 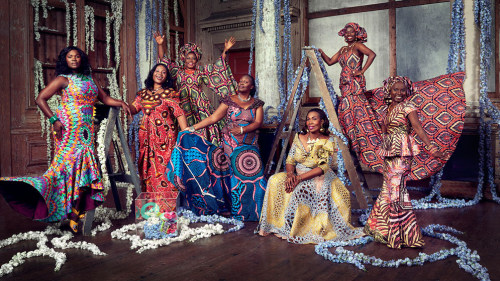 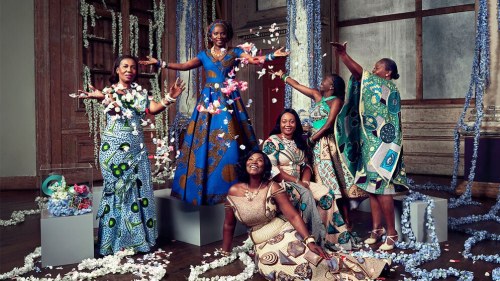 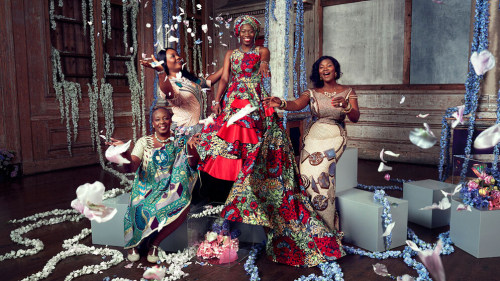 “The White is also a human being.” Certainly. None of us has ever doubted it. We only doubt that he is a decent human being. He does not get along with us. He lives according to different internal and external laws than we do. The fact that he is a human being is not enough reason for us to be oppressed and bullied by him in inhuman ways. He is a human being — but what kind? If someone whips your mother’s face with a whip, do you say: “Thank you, he is a human being?” That is no human being, but rather a monster. How much worse has the White done to our race, and continues to do even today!

“Racism is not Christian.” So being Christian means allowing the Whites to continue to rule, to look on as he slices skin from our bodies and then mocks what he has done. Being a Christian means to love your neighbor as yourself! My neighbor is my blood and ethnic comrade. If I love him I must hate his enemy. He who thinks as a Black American must despise the White. The one determines the other.

Road in the oasis in Draa valley, Morocco Tim Bax of the Selous Scouts with his captured AMD-65 AK. 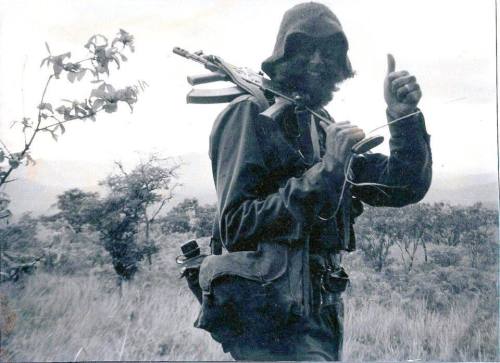 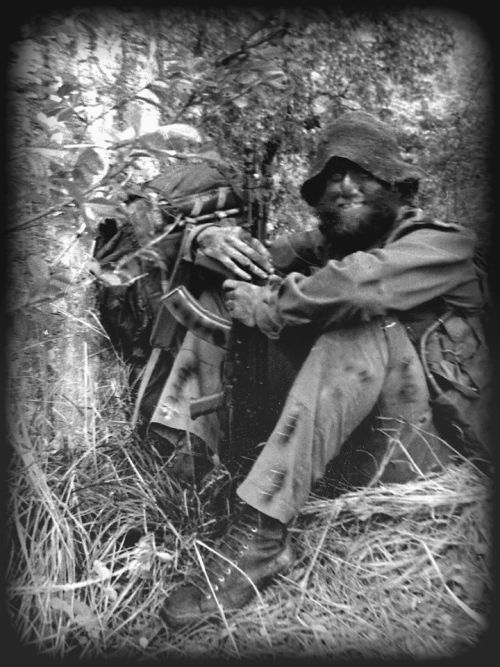 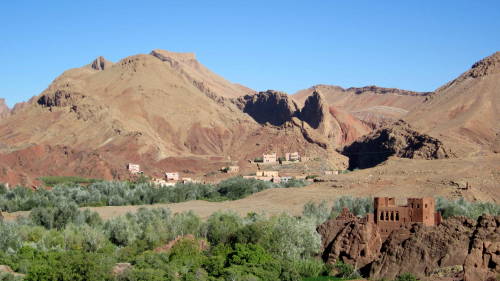 Cothoza was born an orc in the country of Azania, formerly South Africa. She was the only child and a difficult birth, so her family raised her to be a warrior.

She’s armed with a  M127 Kriger shotgun that has been magically imbued with the spirit of an ostrich so that when she taps the symbol on the rail is adds the force of an ostrich kick to the next shot.

She hunts poachers primarily, killing those that go out and attack animals without respect or regard for laws, typically some rich megacorp exec on a ‘company retreat’. 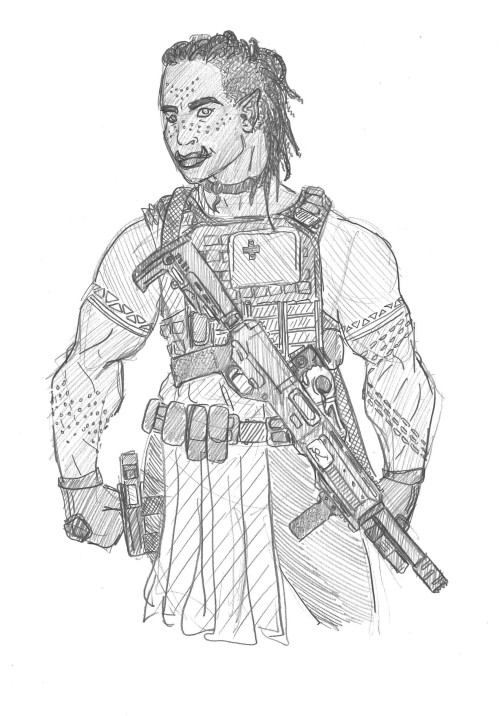