How hard is it for a fucking government when they have a very important website that you need to download documents from to actually fucking work and not take 10 minutes each time to load a fucking page. ΓΤΧΣ

I was driving home and making a u-turn at a street that regularly has folks standing out with signs and asking for money. Nice folks, most of them clearly having hit hard times, and not bothering anyone. I’m sitting and waiting on the light and I see someone roll their window down and the guy limped over because it looked like the driver was going to hand him money. Instead the driver dropped (not handed, dropped) a napkin out the window at his feet. There might have been some change in it, but seriously… what an asshole move.

So I do the flip around and come back to see if the guy wanted me to grab him some dinner at one of the fast food spots nearby. Try to offset some of the assholery that had just happened. I pull up, as out of the way as possible, and I’m asking him about dinner, if he had any dietary restrictions, etc etc and a guy driving by screams at us either ‘fuck you’ or ‘get out of the fucking way’ or something. Hard to hear under an overpass, but the gist was definitely understood, and I can only imagine that if those two things happened back to back in my line of sight what that poor guy hears every day of his life.

You know what, it costs absolutely nothing to choose not to be a dick. I get it if you don’t have it or don’t want to help every person out that has a sign on the side of the street. Personally, I have a no cash unless I know you rule, so I get it. But there is zero reason to throw your trash at the person. Zero reason to cuss at someone just for stopping to talk with the person.

What the hell is wrong with people? Be kind, and if it’s not within in capabilities in that moment, just be silent and don’t go out of your way to be an ass.

edit: just like the fact that it’s been 5 years of working so hard only for it to get thrown back in my face, it feels like

#NOT TONIGHT MAYBE BUT, #IF I DON'T DEAL W SHIT? SOON, #SOON!, #5 years. 5 fuckin years lmao., #and it feels like for nothing, #i'm so pissed right now, #ohhhhohohohhh i am so angry, #i can't even try to deal w/ myself kindly rn, #i fucking hate him??? sometimes??? jsut????, #i hate him!!!!!!!, #edit: boy my therapist is in for a treat tmrw, #and i'm in for a treat rn, #my brain is giving me some very interesting FUCKING thoughts, #by interesting i mean infuriating and depressing
0 notes · See All
samuelblaisText

#i'm so pissed right now, #i will support the blues no matter what, #i always want them to do well even against my knights, #st louis blues, #st. louis blues, #stl blues, #personal
6 notes · See All
orlhaText

PSA TO ALL READERS:

Just because you don’t like the ending to something someone wrote doesn’t mean you can add stuff to it without permission EVEN IF CREDIT IS GIVEN.

#I'm so pissed right now, #I can't even, #I'm not supposed to get angry so my illness doesn't flare up, #Why on earth someone thinks this is okay
9 notes · See All
daydreams-or-nightmaresText

Why does Tumblr never save my drafts properlyyyyyy

#i'm so pissed right now, #i typed out *such* a long post, #but i posted from my drafts, #and it didn't post the updated one, #AGAIN, #sigh
0 notes · See All
jtmarxText

Why doesn’t Skyrim autosave after you fight a fucking dragon

#JT Games, #Skyrim, #killed a dragon only to taken out by some punk mage, #I'm so pissed right now
0 notes · See All
zaffrenotesText

Sixteen goddamn seasons and this is Alex’s departure?

I know it’s always tragic when characters are killed off on Grey’s and it’s gut wrenching and awful and it hurts.

They should’ve killed Karev instead of THIS.

#grey's anatomy, #grey's anatomy spoilers, #alex karev, #I'm so pissed right now, #rage watching on hulu because I couldn't watch it live last night, #skdjghdkjfhgdksfjhg, #not choices, #I AM RAGE PANDA, #I don't know where else I can yell about this
23 notes · See All
singulosText

Sooo whoever handled my box full of rental books I was returning “misplaced” it. So now my books are BEYOND overdue and are costing me over $300 to pay because the company doesn’t have them. How do you misplace a big ass box with nineteen books for college??? Help me understand that shit.

#angel's ted talk, #my bro finally got back to me and told me they misplaced it, #how the fuck do you misplace a big ass box he turned in last friday?, #i'm so PISSED right now
1 notes · See All
blacklilyqueenText

Are there even normal Thor blogs out there that don’t ship Thorki?! I just want to see some posts of my fave without having to see incest every second post. And blocking tze tag won’t work because apparently it’s totally fine to tag posts that don’t have anything to do with this f***ed up ship and that I would actually enjoy, but not to tag the actual incest!!!!

It’s 4 am and I have work in six hours but I can’t sleep because I was hit with a very sudden realization that made me very angry and now I’m gonna rant. Usually I’d go to my personal blog to rant but I haven’t used that blog in months and this is more of a personal blog than that one ever was. So if you don’t wanna hear my dumb angry rant about being gay then don’t read it or whatever.

WHAT DO YOU MEAN SPIDER-MAN IS NO LONGER IN MCU.

I’m so mad with GOT, she was one of my faves, one of my untouchables.

#I'm so pissed right now, #Got, #got spoilers, #Good night I'm going to try to sleep and forget everything I just witnessed
2 notes · See All
yayplantsText

besides all worries fat people have concerning beauty it’s fucked up how all the practical stuff ruins your life too. want a bra? you gotta pay double so it fits you. wanna borrow your friend’s cute dress? oops you ripped it trying to put it on. wanna squeeze between places? get ready to feel shame for barely passing through. when i say “i hate bring fat” i don’t need you to say “oh, but you’re beautiful!!” nah man i just want my life to be easy like it is for skinny people

#rant, #there are so many examples, #i'm so pissed right now
18 notes · See All
nightlocktimeText

People not tagging Endgame spoilers have a place reserved in hell.

#I just read a big spoiler, #disguised as a regular post?, #WHAT THE FUCK, #I'm so pissed right now, #unfollowed, #I'm so tired of people not using the good damn tags, #(nightmade)
2 notes · See All
starkkdanversText

#i'm so pissed right now, #my college is doing stupid ass decisions, #it's getting nearly impossible to graduate like this, #what they're getting from this?, #ah yes... MONEY, #Fucking assholes, #they think they can demand that many things from us? as if they're the best college in the country, #well guess what? you guys are not harvard so get your shit straight
4 notes · See All
elektranhatciosText

no offense @the gifted writers but WHAT THE ACTUAL FUCK

I don’t know why, but I’m not being notified about your mentions. If I haven’t liked or reblogged something you wrote and I’m on your taglist, you can assume I’m either unaware or dead.

#i'm so pissed right now, #and i don't know how to fix this
3 notes · See All
papiliomachaonPhoto

I made a thing. 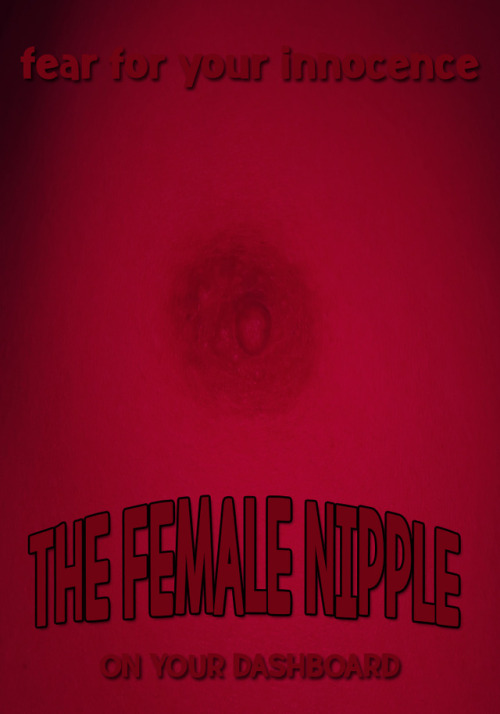 #i'm so pissed right now, #fear the n-word, #the wrong n-word, #and it's female, #never forget the evil female
0 notes · See All
Next Page