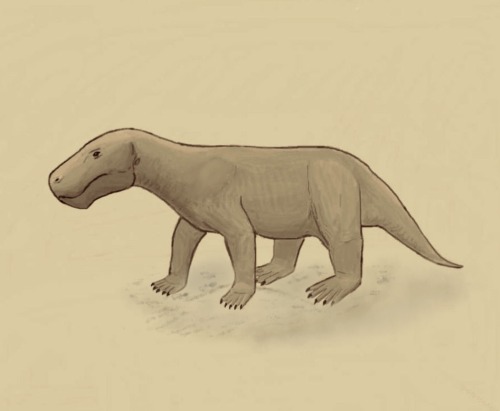 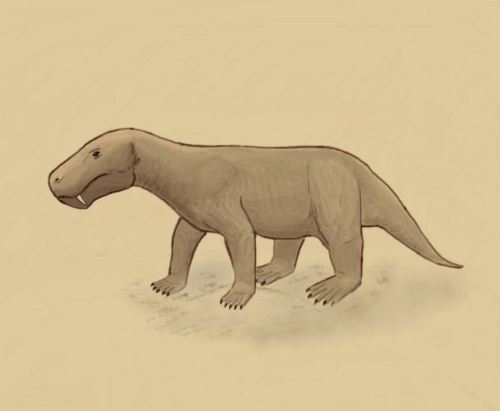 Your friend and mine, Dromaeosaurus albertensis. I have nothing left to say about this thing.

First up, Gordodon! A close relative of the more famous Edaphosaurus, Gordodon is one of the earliest examples of land vertebrates beginning to specialise into different dietary niches! In the Carboniferous period, land vertebrates were mostly small omnivores, but in the Permian they started to diversify into all kinda of absolutely wild forms.

Gordodon was once of these, with a rather buck-toothed set of jaws that might have been used for nipping off bits of vegetation! It’s also one of the earlier examples of sail-backed pelycosaurs, a group that would go on to produce Dimetrodon, which will not be making an appearance in Permian March Madness because it’d probably win on star power alone and that’s not what we’re about!

So, that’s Gordodon! Stay tuned for more, and don’t forget to follow @wtf-permian for when Permian March Madness gets going! 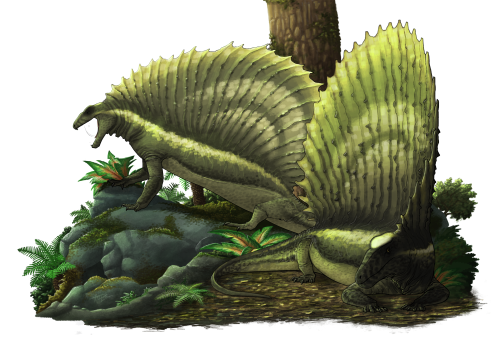 Chasmosaurus belli in the shade 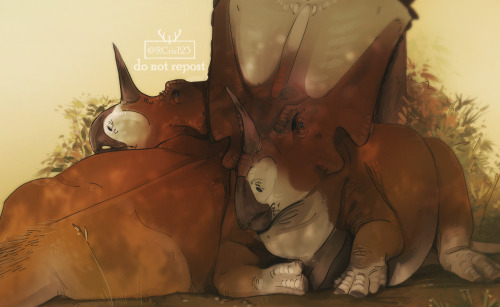 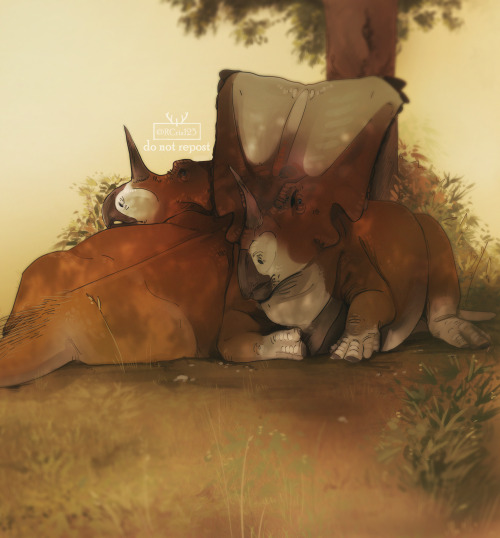 ✨Want to find out more about my new game, Ambertale?✨

Check out the new >>Ambertail Games Discord! <<
See exclusive sneak peeks, chat about the game and access the developer QnA. Don’t be shy, we’re a friendly, casual server- pop in for a visit? 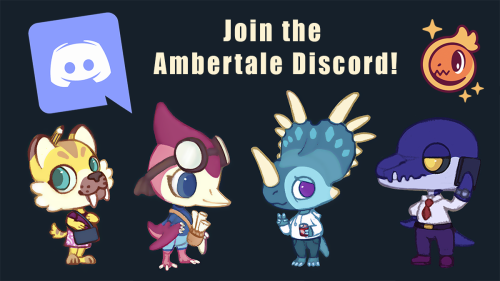 Ubirajara jubatus is an endlessly fascinating compsognathid that was discovered back in 1995, and given its name in December 2020. however, it’s not without its problems - the fossil was allegedly smuggled out of Brazil, unfortunately not the first, and demands have been made to return the fossil home. the animal has a mane or stuff feathers on its back it could raise, with shorter feathering preserved on its lower arms and neck, and a pair of very long strong quills on it’s shoulder (drawn here, I’ve given it 4 on each side)

I really miss talking about palaeontology and can’t find a server link anywhere so I thought I’d make my own to try and rekindle what’s left of Palaeoblr. I was super active in it back in the day so it’d be fun to be a part of it again! you’ll need to make an intro to access the server! 13+ please!

SO I HAVE SOME AMAZING NEWS!
I have founded an indie games studio, @ambertailgames!

Here’s the first peek of what we’re working on: AMBERTALE
A cosy, shop management/social sim- with dinosaurs 🦖💛
Set up a shop in a quaint village, craft items & befriend a cast of cute prehistoric creatures.

The game will include a cast of prehistoric creatures from different eras, all with unique personalities and occupations! You can even befriend them by chatting and selling their favourite items- and they might just move into your village.. 👀 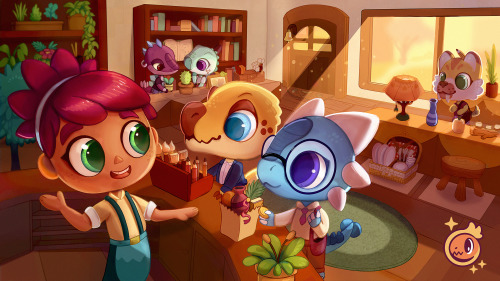 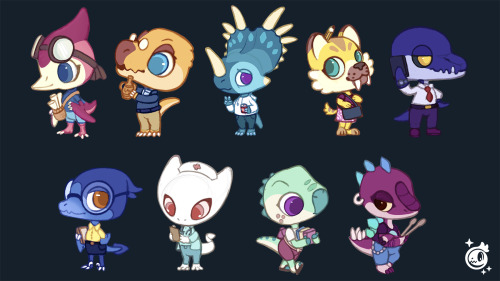 So, there’s a new theropod in town and it’s wild. Ubirajara has a set of long hackle-like feathers on the rear of its body, as well as at least two long, straight display feathers sticking out of each shoulder!

I took a bit of a different approach with this lad, and made some gestural sketches before starting on a whole refined reconstruction! This was actually super fun, and really captures a lot of energy and life that I’ll admit some of my reconstructions do lack, so it was exciting to produce something that looks so lively! 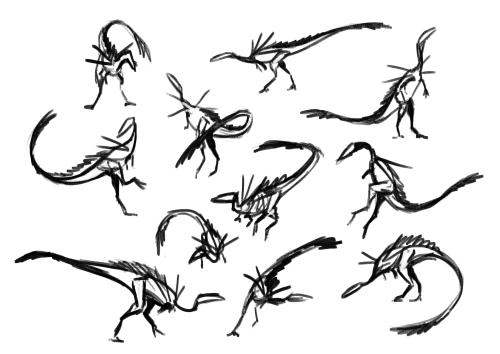 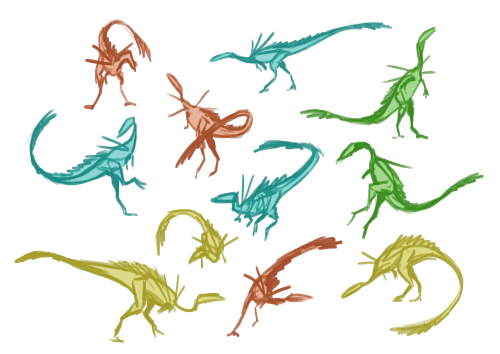 Expect more of this cartoony style to come.

quick drawing of Falcatakely forsterae, a new enantiornithine bird with a large tall bill similar in shape to a toucan. I gave it a similarly large lower bill since we only know of the upper cranium and It seems like everyone saw the “its like a toucan!” and then didn’t go any further with speculation lol

Have I finished the Ceratosaurus sculpture yet? no.

Have I been planning how I’m gonna paint it when it is done? absolutely.

It started as four, then became six. And then eight.

Soooo now the question is… which of these do y’all like best?? Currently taking feedback, critique, anything, all of these are my babies and I love them and cannot choose, therefore I am foisting the work upon the internet instead. 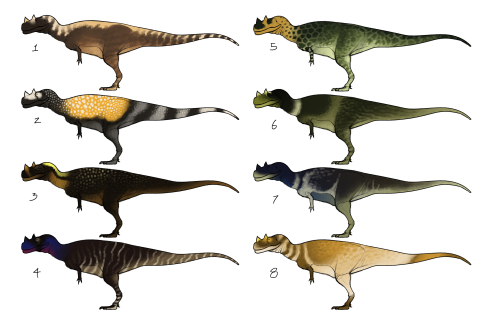 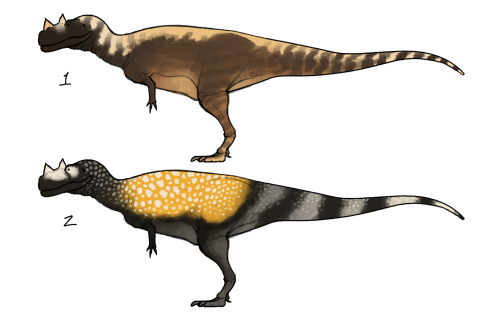 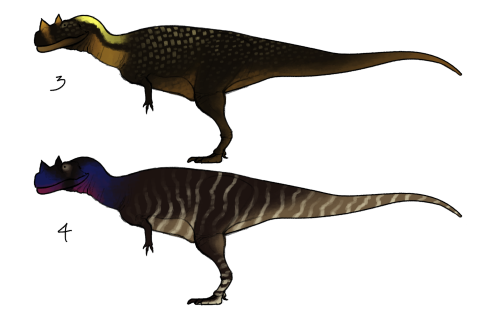 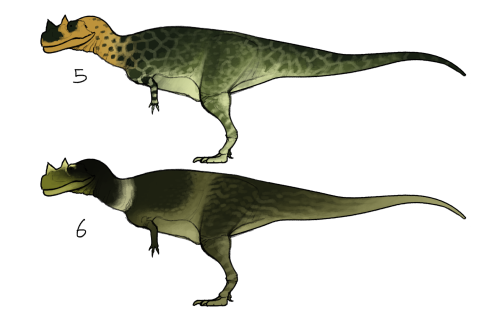 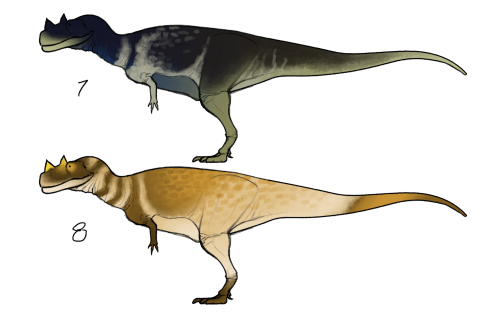 Sauroctonus parringtoni, or as I like to call it, a lizard with a bit of a thing for dogs, caught in the middle of a moderate identity crisis.

I don’t know quite what always makes me gravitate towards Sauroctonus. I’ve drawn it at least five times now. Maybe I just like the shape of its head. Sometimes that’s all you need, y’know?

Hell y'all I’m a bit tight on money rn so I’m opening up commissions for a bit. DM for details