hk scribble requests i got yesterday

-He ignores it. If it’s legit dangerous? He’ll stitch it together with a little bit of soul, but unless he’s genuinely pissed by its existence or terrified of what it can do to him, he’ll usually just leave it to heal on its own- wyrms heal fairly quickly, because their lives are usually so focused on conquering and defending their territory, so he’s sort of internalized how they deal with it because he’s dealt with enough wounds over the years to be pretty meh about most of them. He doesn’t care about his body, nor does he care about bringing it pain- the only thing he really fears is the death of his creations and the futility of his existence/actions, so he usually doesn’t see why he’d waste the soul when its perfectly fine mending on its own (and often does without a visible blemish, because PK doesn’t get himself into big physical battles- he’ll fight if he needs to, but he usually prefers flight, because he thinks he has better things to do than risk his life for problems he can kill in a more sneaky manner.)

For mental, though? Well…it’s much of the same XD He considers like 99.7% of his emotions to be flaws or weaknesses, so most of the time he just straight-up ignores whatever bothers him because he considers it below him to be affected by things like that. If it’s an infected child, then he has a right to be pissed, yes, but sadness is only allowed when viewed through a vengeful light, because that is the Radiance transgressing on his territory. Or, at least, that’s how he was when he was younger- as he grew older, and started realizing the extent of what he did wrong, he just…wasn’t able to keep away the exhaustion and sadness, and grew bitter and tired with it, no matter how much he tried to deny it, to be the perfect voice of logic and justice for the people in need.

But it still wasn’t enough to force him to confront his feelings. Not until it was too late

blush progression meme cause why the hell not

no ideas for a funny text,  die pale king

i need to draw hornet more … but… baby hornet…

Pk attempts to learn more about the Feral Vessel. There are some minor misunderstandings. 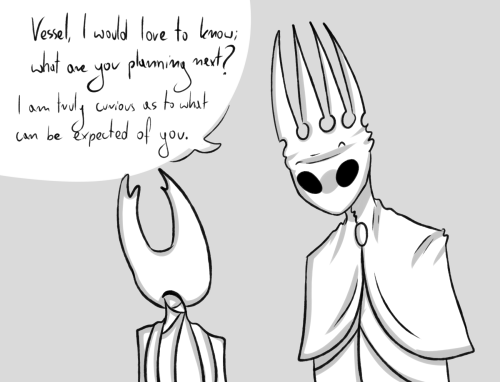 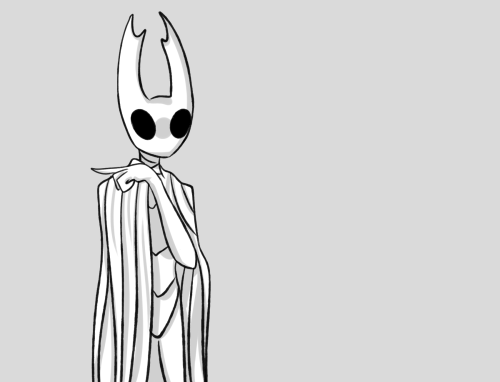 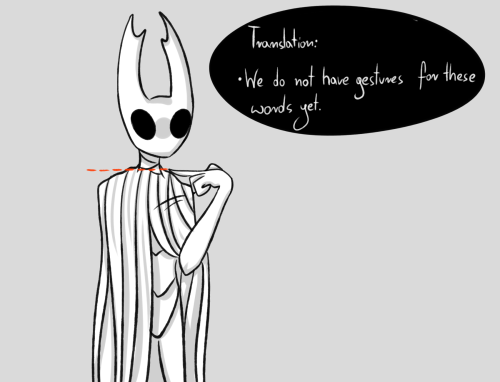 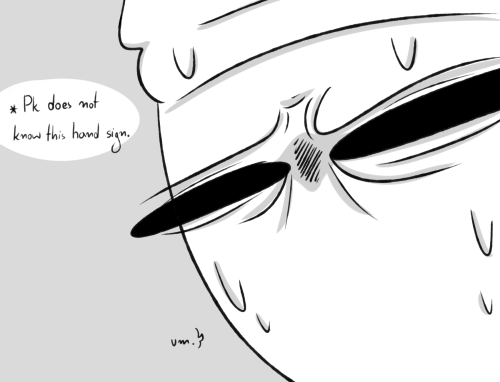 “Whoever would want to be king?”

Finally! After months of procrastination and balancing school projects, my collab piece with @gattasmagicalartblog is finally finished! I learned a lot working on this project, especially material painting and multiple light sources. This is also a project that helps take my mind off the stress of class works and I really appreciate the opportunity.

Again, thank you @gattasmagicalartblog and everyone for your patience and encouragement!

Today is a good day to save a vessel from Pale King, fuck Pale King 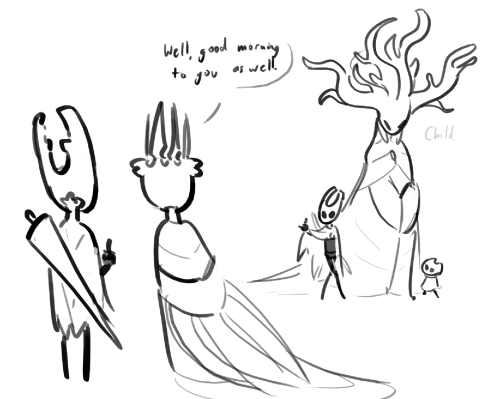 aggio doodles from doodlin with fwends 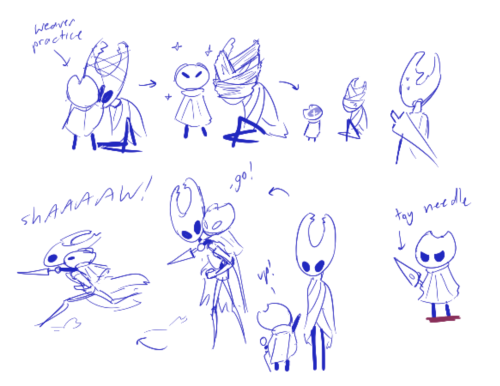 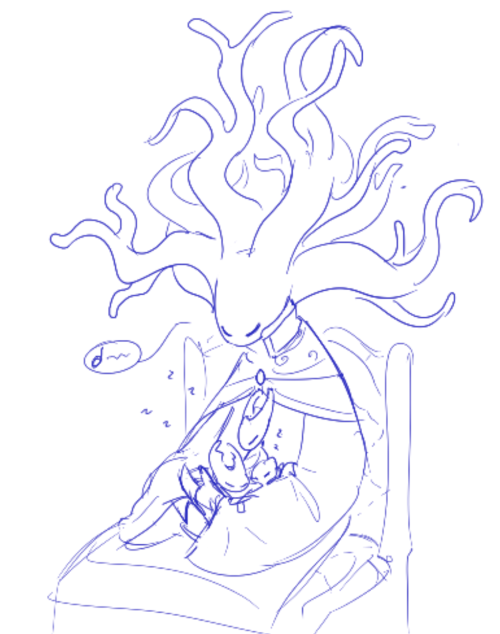 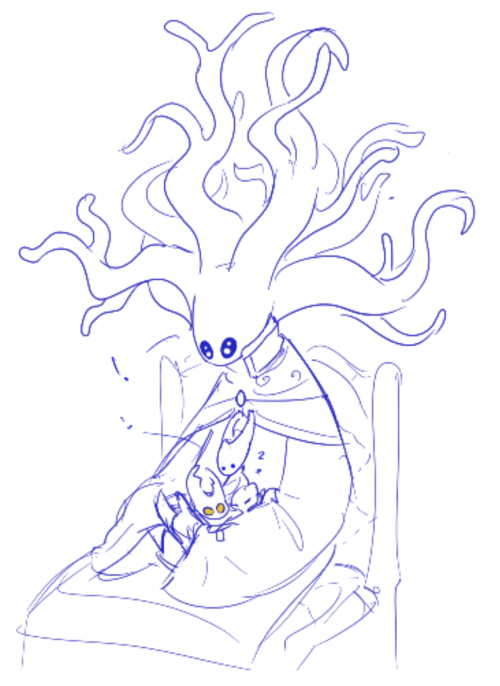 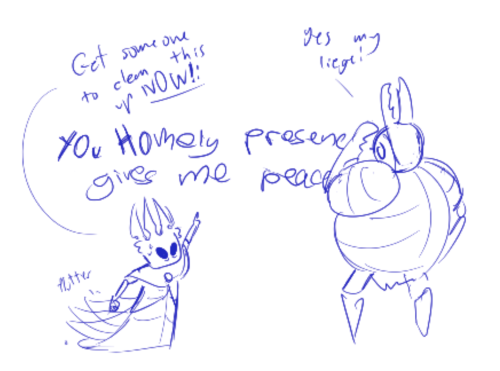 #hollowknight, #hollow knight, #hk, #shitlordAU, #myart, #fanart, #feral vessel, #pure vessel, #pale king, #white lady, #hornet, #ogrim, #hollow gets in on the mom cuddles, #cause she know they aint hollow, #she gonna be the one to tell PK
337 notes · See All
diepalekingText

Almost forgot to hate him

Cleaned sketches I made while I was bored at work and let my mind wander between ideas. 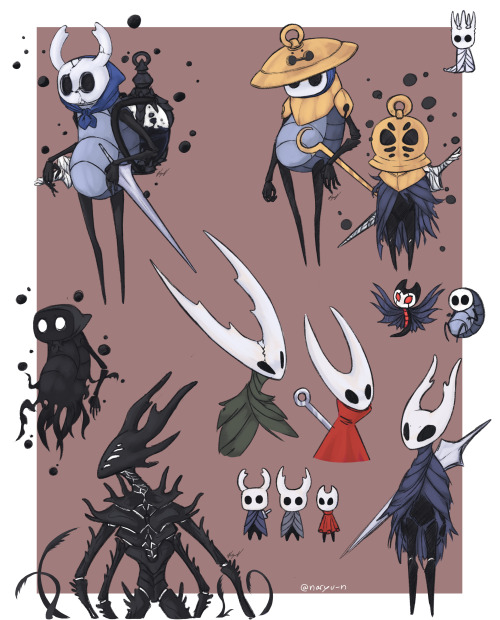 More painting like page, and simple. I wanted to came back quick, and to get to the next page! It’s gonna be gorgeous guys** Anyway! Guess who’s gonna get his ass kicked? >=3c 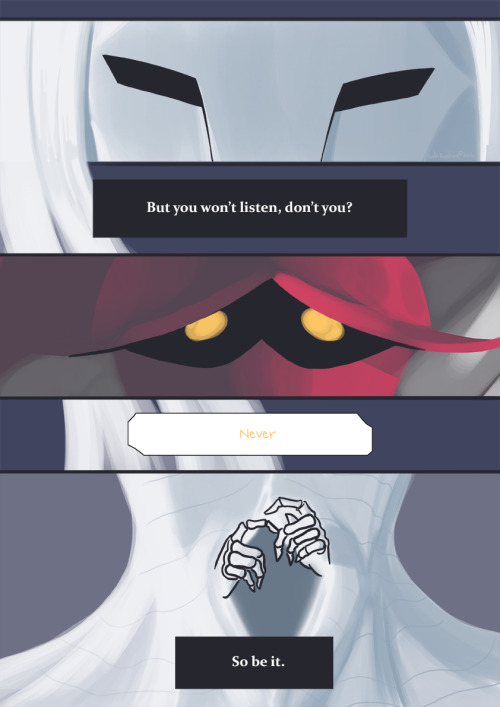 The king’s glow was previously enough to shine against the void of the vessel’s body, a matter no other light would dare touch. Such an aura seemed unachievable now, as his claws were irrevocably stained with the abyssal force and his arms hardly stood out as anything more than the silver cloth the vessel wore.

CW: Blood/Injury, vomiting, throat injury, intrusive thoughts (this is written from thk’s pov and pk’s the one suffering the first three so there’s not much explicit description i think, but i’m putting those there jic)
+ Death, child death, violence/murder, and mentions of (because i touch on the whole abyss situation a bit in the last half)

this one’s a hard-hitter and absolutely Does Not fuck around. Delightful!

So, I decided to go back through the White Palace in preparation for silk songs parkour movement system when I noticed something.

The Kings body is gone, and you can’t sit in his throne anymore.

Now, I’ve talked to few people to get some more opinions about this, and the consensus is that Team Cherry removed his body to avoid cluttering up the palace in future runs.

But if that’s the case…. why is the King the only one missing? His Kingsmoulds are still where they fell, so why isn’t he?

Now, I’m not one to hypothesize (I leave that stuff to mossbag) but why go through the trouble of removing just one body? And why does it so happen that the body belongs to one of the most mysterious and powerful characters in Hollow Knight?

Why didn’t they just block off the Kings throne room like they did a good chunk of the palace? Why go through the trouble of deactivating the Kings throne as a seat? The same throne that happens to symbolize Hallownest and the Kings failures?

Where the fuck is the King? 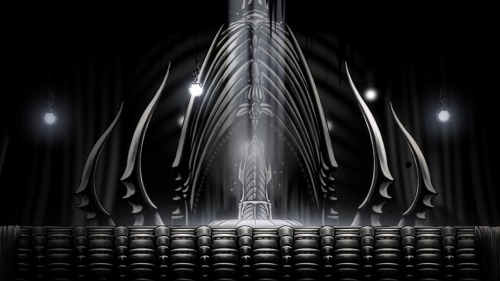 I just want to say that I am in LOVE with @chipper-smol​ ‘s time travel/feral vessel au
I could not sleep until I drew this and I highly recommend their blog,,,, very nice art and i’m in te ar s from the au it’s so funny

PK: “Ghost told me about them and I was able to find their mask and shade. This way they are basically reset. They still hold their old memories but now have a chance to grow again and live with me.”

PK: “Yes we have bathrooms in the castle.”