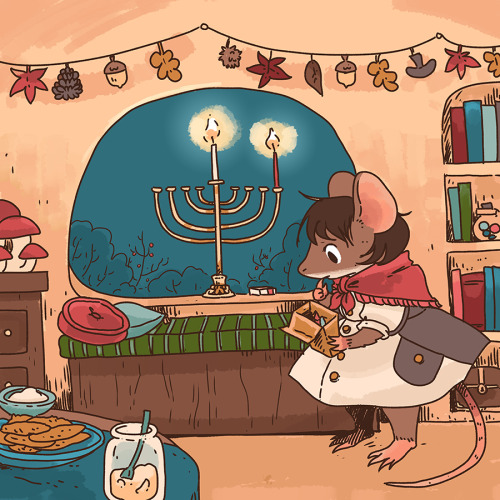 Day 4 is Belladonna! Also known as deadly nightshade, the uh, least edible member of the tomato/nightshade family, even for people who are not tragically allergic. 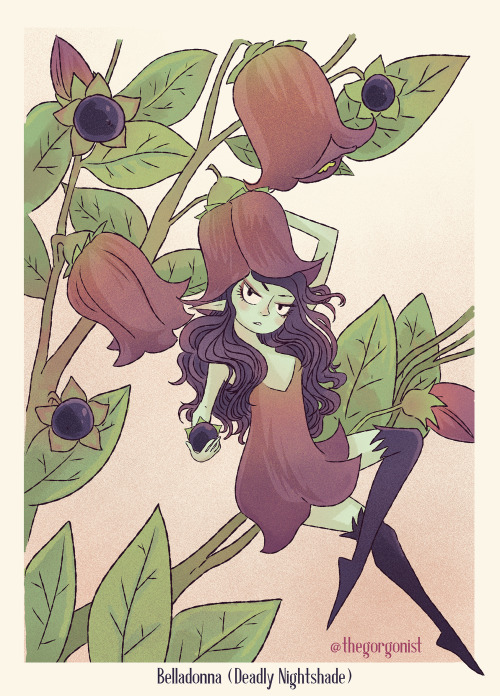 When I do the CLAMP text post meme thing, I do try…

it takes a special kind of disaster to reach Fai and Watanuki levels of sadness, and they are absolutely the most fun to throw shade at (ps I love your edits)

They were made for shade.

thegorgonist replied to your photo: cityofcards: You really are. One more panel from…

Man, so pretty! The colors are cool and dreamy~

I also ordered these super cute rat babies 💕🐀🐁 I’m gonna put them on either side of the lapel on my jacket. I’ve ordered from this shop before and the quality of my last purchase was fantastic. Shop: https://www.etsy.com/shop/theGorgonist 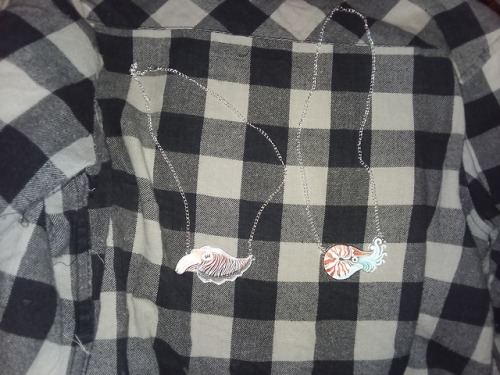 thegorgonist replied to your photoset: @hotshawce And what if I did. Not an ask, but I…

These look SO AMAZING, CJ!!! I can’t wait

karimuffin replied to your photoset:

thegorgonist replied to your photoset:

THIS IS MOST TRIUMPHANT

Thank you guys and to everyone that comment and shared and liked and all that this is huge and like… thank you ;___; <3 The kickstarter should hopefully be up in a week or two at the most just making sure everything is perfect. 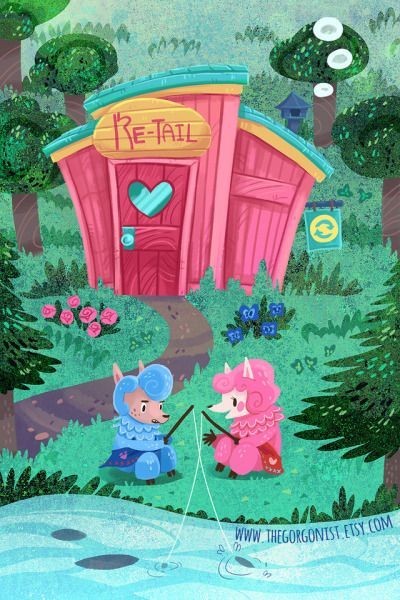 color test for Star Trash–Clash is a champion couch surfer 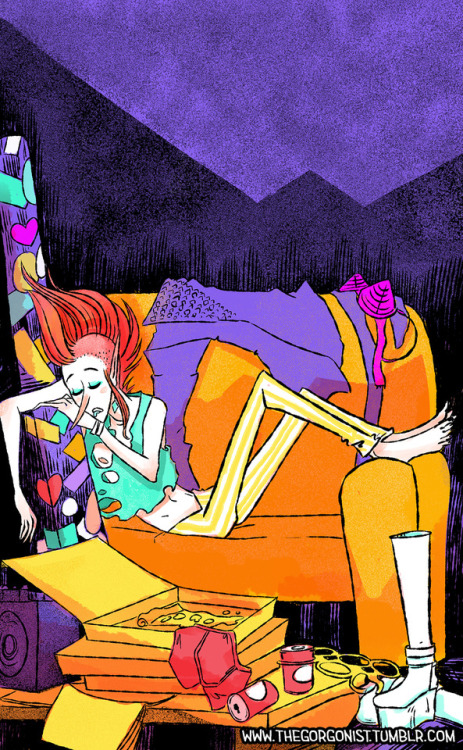 IT LOOKED FUN but I worried–now I’ll give it a shot!

It’s honestly way more engaging than I thought. I’m from the 80′s so I know for some younger people it might be a little… Culture-shock-ish, but to me it’s pretty accurate in terms of general attitudes while also clearly keeping a firm hand in touch with today’s more modern values. It is also super cool to see a really diverse cast of women with genuinely relatable or believable characters, I am really digging it!

I’m always thinking about the ways in which they revisited themes from TB in holic… Maybe its because my comic career is just starting at 30, but I think a lot about how many years passed between writing those two comics for them and how that affected (or didn’t affect!) what they ended up doing with them….

:D :D :D  this is such a good question!!! it is my personal opinion that tbx is continued (thematically at least) in trc/xxxholic. most of clamp’s works deal with the idea of “wishing” and “connection to others/isolation” and “predestination” together so rg veda is one facet of that, tbx is another, clover is another, trc/holic is another, etc. the wish/legal drug clusterfuck is a subset of the wishing theme, and honestly is important to mind when talking about clamp’s thematical continuity especially in the context of xxxholic, as the series not only crosses over with it but borrows its quest-arc format

and really, i think given how much i harp on the moral themes common to clamp works, that narrative format is a good place to start here! i’m a big believer of form reflecting function, especially with clamp who are so good at reflecting thematic lessons in the narrative structure, especially re: destiny implications. this is a post where i talk abt narrative form relating to its function in clover, including comparisons to X/TRC. however, the use of non-chronological storytelling isn’t a thing in either TB or holic, because the emphasis in both stories is not on destiny but on the relationship between wishes and isolation/connection.

they both share a format of - well, not monster of the week precisely, but think detective series where each arc or story set is a case. (Other clamp works with this format: 20 Masks, Duklyon, Clamp School Detectives, Legal Drug. All are comedic, generally!) following tb -> holic specifically, of their large continuity of thematic continuations, is particularly pointed given their shared narrative format. each “case” (or perhaps for xxholic, “transaction”) has a primary plot that doesn’t so much advance the main plot as it reveals information about the characters involved. in tb it’s because there is no true conflict, unlike western three or five act structure but very much like kishotenketsu; in xxxholic, the main “plot” is handled principally by tsubasa’s characters. each case/transaction presents a problem or moral quandary which the characters must grapple with - a price to pay or a lesson to be learned. they develop, and the variation in topic from case to case to case allows for depth and breadth of character development.

so having addressed that, we can start taking a look at the parallels in individual morals of the mini-stories in tb/holic!

#tokyo babylon#xxxholic#thegorgonist#analysis#[meme voice] IT'S ALL CONNECTED AAAAAAAAAAAAAAAAAA#tl;dr: of the thematic repetitions clamp have tb & holic are remarkably similar#they have similar narrative structure and are both (excluding rei lmao) tragedies in some sense#but that clamp are always seeking to tell the same themes in new lights and contexts#and that they enjoy pushing narrative limits (like crossovers/linked plots) to express those themes#so trc/holic which is their BIG CROSSOVER#also crosses over all their big themes!#they are terminally self-referential in ways that can be frustrating at the character level like cameos and OOC-ness (ymmv)#but it also creates a world full of self-allusion that enriches their narratives by drawing on previously-established content#culiminating in an impressively grand self-mythologization#long post
21 notes
thegorgonist
Photo

My April challenge illustration.  The words were turquoise, blood orange, seagull, old shoes, I think?  I ended up with three 13-year-old witches who have formed a flying club in their small coastal town.  Very Kiki’s Delivery Service, I know~~~  This is a bit different for me to do a stand-alone illustration in my comic art style, but I’l doing a bajillion comic pages all the time now so it just kinda felt natural. 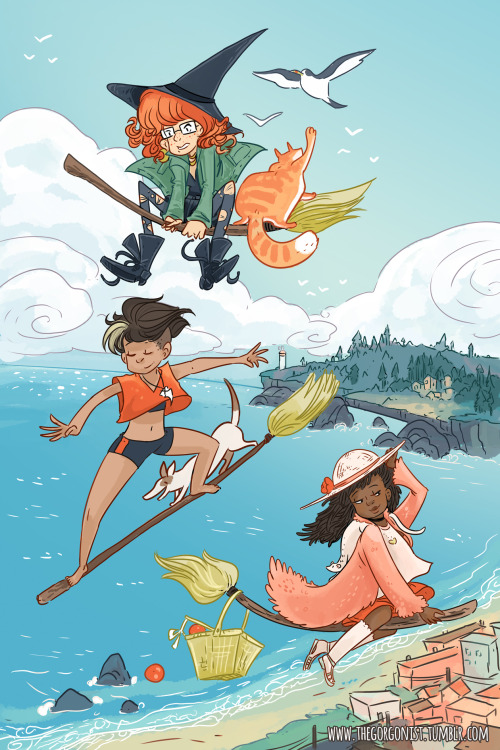 The second half of the line art for my 1001 Knights comic! 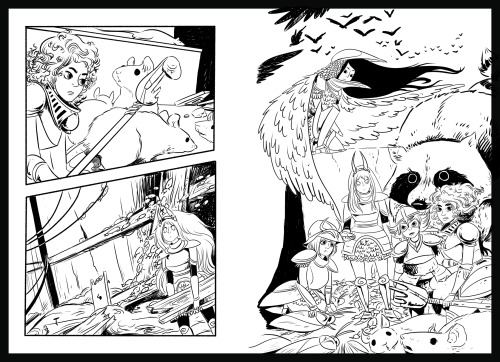 Finished commission of TheGorgonist’s gemsona moonstone, the original intent was to do a comic for her, but I kinda was at a loss of ideas so I went all out on a picture. I hope it is okay. 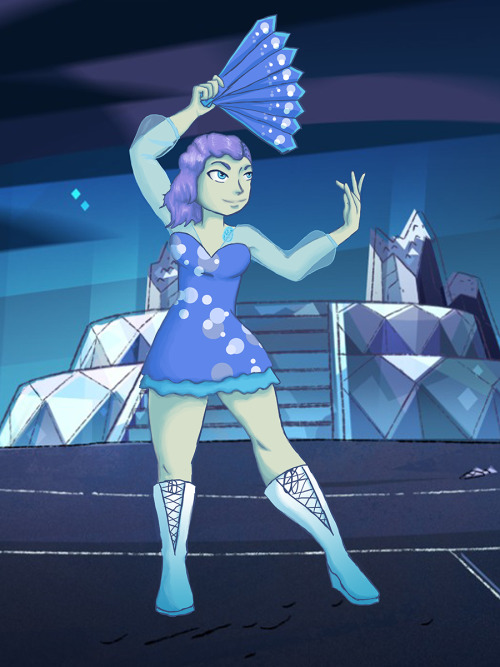 let’s make it a thing.

“Can backless/low drapey backed menswear start being a thing or”

Yes, this needs to be a thing. You would rock it!

K this is happening now. I have started sketching.

thegorgonist is responsible for our amazing logo & banner art, and we would love to take a moment of your time to direct you to her tumblr! Check out her Monstrously Charming Illustrations and BUY HER STUFF! Supporting local is shopping smart! We love you, Robin! 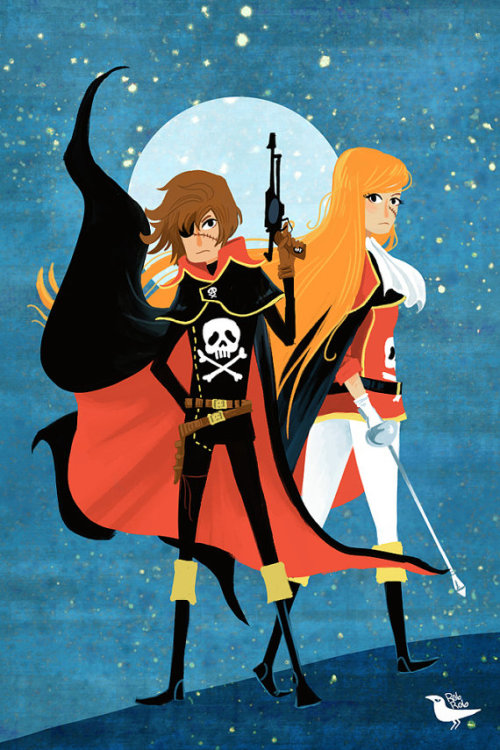 Mister Darcy’s first proposal didn’t go over so well.  I tried to capture his combo of ego and awkwardness, and her utter repulsion at the affront!  Her bajillion sisters are all in the back ^^

You can get a print on my etsy in different sizes! 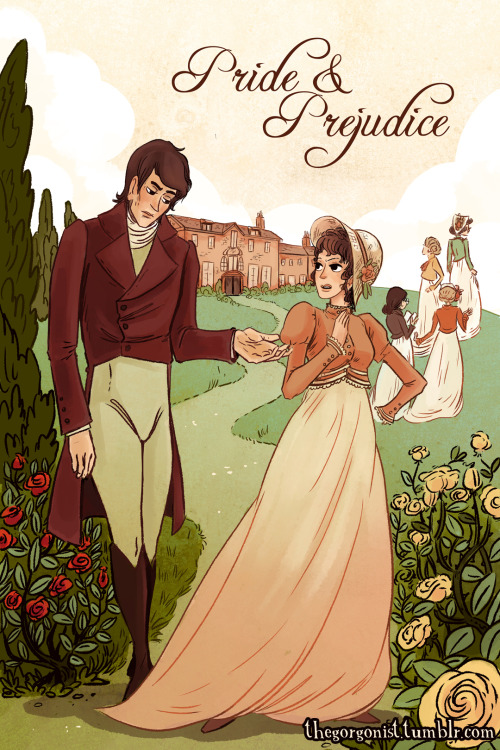