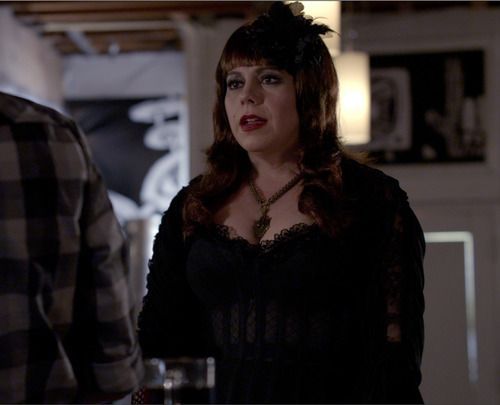 Anyone else catch any 💅🏾 vibes between Emily and Fiona

i apologize because im about to be angsty but…

We all saw how Diana, when in a bad mental state, can be aggressive towards Spencer, and all I can think about is how often did that happen when he was a child on his own? We are shown through Spencer’s flashbacks that Diana often refused medication or treatment, which is common among schizophrenics, but it doesn’t fare well for them, and they can tend to act out aggressively when overwhelmed or when their symptoms worsen. She didn’t get proper care until Spencer was 18 years old, and by then any damage is already done. Spencer and Diana’s relationship is so painful because they both clearly love each other more than anything, but there is no way Diana was a good mother, anyone can see that. I’m sure Spencer knew that too, I’m sure he knew that if anyone found out he would be put into the foster care system immediately. So Spencer is left by himself to take care of his mentally ill mother who, while loving him very much, is still inadvertently neglectful and abusive. This type of cognitive dissonance is hard enough on any child, but even more so on Spencer, 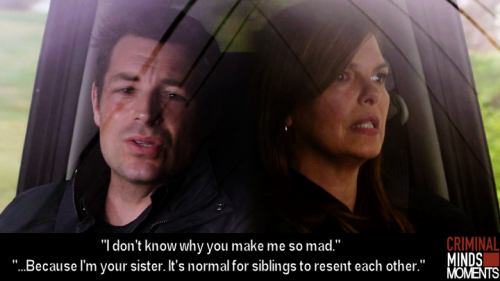 rossi: emily what are you doing

rossi: the building is on fire-

-cm tiktok often says that she talks about her dad a lot. did you all forget SHE WAS LITERALLY BROUGHT IN TO TALK ABOUT HER DAD. they needed her childhood experiences to spot things in the gated community. often times they would ask her about it. mind you the only episode she directly talked about her father was her first episode, when she was brought in to talk about him. so their point about her father makes absolutely no sense.

-second, SHE WAS NOT A JJ REPLACEMENT. just because she resembled jj does not mean she was there to be a replacement. they already had their issues filling jj’s spot earlier in s6 and resolved it. seaver was never meant to come in and take jj’s spot. she was only originally supposed to be there for her first episode, then she asked to stay. also, jj was the liaison at the time. seaver did not come in as a liaison, she was training to be a profiler.

-finally, her comment to reid. my god. when they talk about this it’s mostly the reid stans. everyone at some point in time made a comment like that to him. yes, it could’ve been handled better, worded better, whatever. morgan laughed at it. it’s not serious.

-seaver was definitely underdeveloped and she is not my favorite, but all the hate is so unnecessary. also, hating on rachel nichols(the actor who plays her) is disgusting she is not the same person as ashley seaver!!

-it’s literally just the fatphobia i don’t have another way to explain her hate.

#ashley seaver#penelope garcia#cm#criminal minds#literally what.#the bau#bau#they never did anything to you:)#hi thank you for listening to my rant#separate the character from the actor y'all#rachel has seen the hate before and i can't imagine how it is to see almost everyone hating on your character#<and it ultimately getting her fired for not connecting with the audience
11 notes
im-all-used-up-pretty-boy
Text

it’s always “JJ was mean to reid” and “Well reid was mean to JJ too” and never “hey rossi literally shoved a kid in a locker, pissed on him, and called him racist slurs and it was never mentioned again wtf is up with that”

i hate that stupid “no inter-team profiling” rule like bitch you all studied psychology for how long??? you think you can stop your practiced professional brain from making inferences based on body language???? normal regular people brains cant even stop that???

and on top of that they always say “dont profile me” at the dumbest times ever!!! like girl it isnt profiling to see you on the verge of a nervous breakdown and decide something is wrong! that’s called having a basic understanding of human emotions! what exactly do you think this is??? stupid town?? is that it??

summary: one month after joining the BAU, Clea is still settling in. between solving murders and getting acclimated to DC, the only comfortable thing in her life is her friendship with Dr. Spencer Reid.

sunlight seeps through the curtains in my bedroom, washing the floor in a muted orange. my alarm is shrieking by my face and the sound causes my body to jerk painfully. it’s early and the temptation to stay in bed is almost overwhelming.

but that’s not how it goes. although there’s no new case yet, I need to be in the office by seven for paperwork. there’s the beginnings of a headache forming in the back of my mind, probably because I slept in an awkward position, and I clutch my forehead as I pull myself off the mattress.

the smooth coolness of fall means my toes get cold the second they touch the floor, goosebumps rising on my bare legs and arms. I think about my obligations today and wonder if having no case means we’ll go out tonight. after a two-week long case in Alaska, my brain wants nothing if not to turn off for a while.

it doesn’t feel fair that some of us have to work while some of the team gets vacation time in Jamaica. I guess I’m the only one who has to— I just started and haven’t earned the hours yet— but Spencer told Hotch that he didn’t need to take time and would rather come in. Emily and Morgan are off doing god knows what on a beach in paradise.

Penelope leans against the edge of my desk with her mug in hand. she’s here because she’s saving her vacation time to line up with her boyfriend, Kevin’s.

“do you have plans for Halloween?” she asks me once I’ve piled up all my paperwork in a neat, straight stack. I place a blue pen on top of it and squint as if to make sure it doesn’t roll off.

“me? no, why would I?” I scoff, immediately recalling images of trick-or-treating along neighborhood streets.

“why so hostile?” she laughs. my eyes shoot up from the stationary pen to her face. I blink.

“nothing. I just don’t really care about minor holidays. I haven’t celebrated Halloween since I was, like, ten.”

I’m about to reply that no, I’d never even had the urge to go to a Halloween party, when Reid comes through the glass doors.

“hi, Reid.” Penny beams at him, waving. Spencer holds up a hand and gives a tight-lipped smile before throwing his messenger bag onto his desk and making a beeline for the coffee machine.

“anyway, there’s another office party happening that you should go to.” Pen grins.

“did you guys not have those in sex crimes?” she places a hand over her heart like this is a travesty. I shake my head slowly.

“no. we never did those for any holiday, really.”

“did you guys ever hang out outside of work?”

“now that I think about it, no.” I frown to myself. I had friends in the department, but most of the time after the day was up, I would just go home and relax. we didn’t even go out for drinks half as much as the BAU does. I suppose it depends on the people.

“well, now you have to come.” Penelope taps the top of my stack. her nails are a hot pink shade, which is very on-brand for her. my mouth opens as I try to make up an excuse– except I just said I didn’t have any plans for that day.

“come to what?” Reid brushes past my desk and sits down at his own, already attaching his lips to the rim of his mug and taking a long sip of coffee. 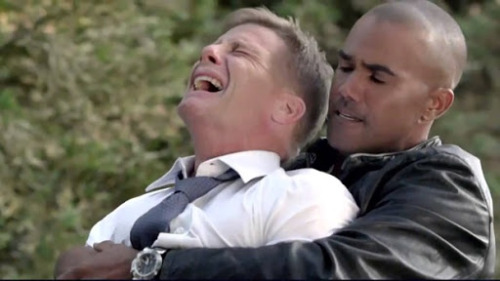 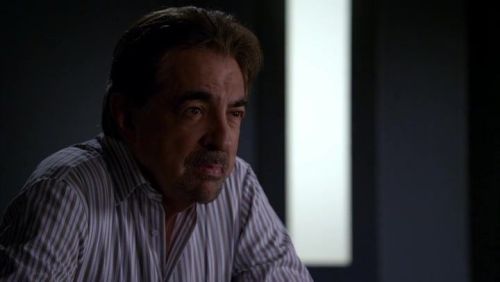 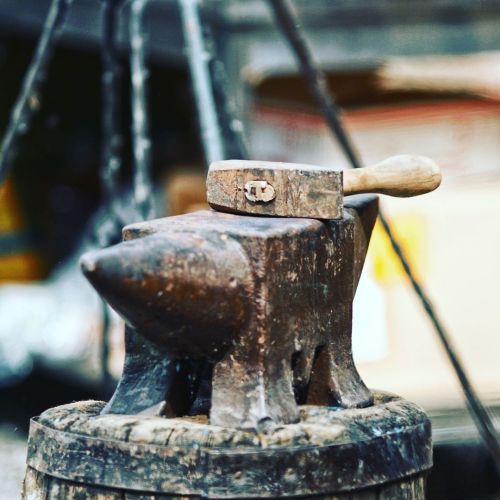 emily: hotch i used an energy drink instead of water to make coffee and now i can see sounds 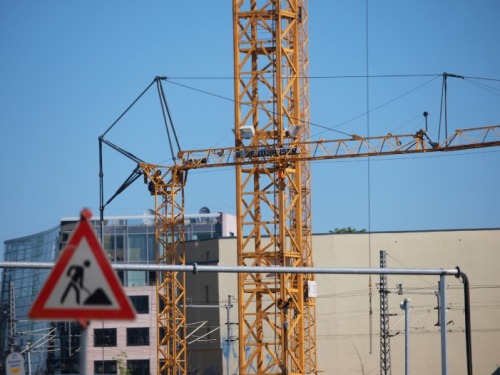 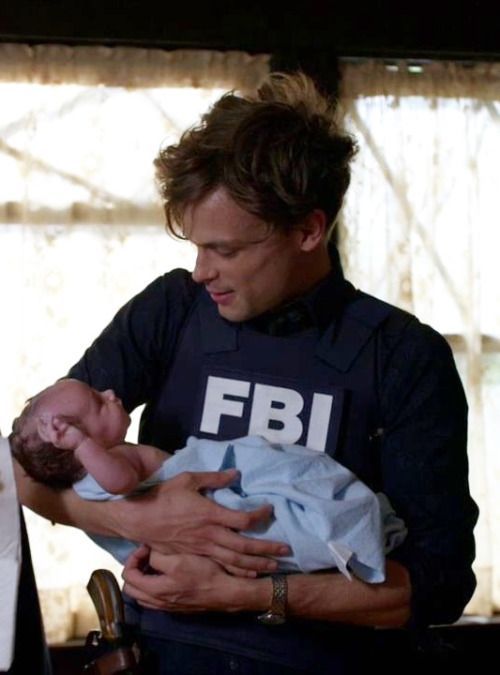