That’s it, I’m gonna write a virgin Jesper fanfic and there’s nothing you guys can do about it.

Or, The Perks of Being a Magical Christmas Ghost.

Jesper lived a good life. When it’s over he has the opportunity to reunite with his lost love (and his lost love’s lost love) and spend his afterlife helping to make every Christmas more magical than the last.

A collection of stories set in a universe where Jesper, Klaus, and Lydia are all ghosts working together to make this Santa thing happen every year. (And they’re all very in love.)

I finished a short silly but a little sad thing featuring Cute Old Man ghost Jesper and made a place to put anything I write for the Christmas Ghosts au.

Sometimes the memories of Lydia are still too much for Klaus, and Jesper has to find his own way to be there for him while still having a Post Office to run.

Feeling a little down, so it’s Sad Klaus Hours again.

Jesper waiting up for Klaus on Christmas Eve is legitimately one of my favorite little sequences in this movie.

I may be writing other things, but I am constantly thinking about the Christmas Ghosts au.

As proof, here’s some very messy moodboards for the trio.

It took a month but chapter 5 is done and at just over 6,000 words it is currently the longest thing I’ve ever written.

Chapters: 1/1 Fandom: Klaus (2019) Rating: Teen And Up Audiences Warnings: Creator Chose Not To Use Archive Warnings Relationships: Jesper Johanssen/Klaus, Jesper Johanssen & Klaus Additional Tags: Implied/Referenced Self-Harm, Hurt/Comfort, Emotional Hurt/Comfort, Angst, eventually fluff, Fluff, First Time, First Kiss, Love Confessions, This kinda got out of hand, I Wrote This Instead of Sleeping, literally jesper gets beat the fuck up and klaus has to help him Summary: Jesper decides to pay his favorite woodsman a visit, although not under the most pleasant of circumstances.
yo @kitlaurie, I finally wrote a “fluff” fanfic of klausper and I need your approval.

WOW!!!! thank you so much for all the love on my last post of these kiddos!!! <3 Here are the sketchbook doodles I promised yall!

Most of these are towards the development and characterization of the bbys (i love Michelle’s design so much idk why but shes one of my fav girl designs I’ve done in a while. also how do we feel about the baby being named Lydia??? is that cool?? are we all comfortable with that lol?????). 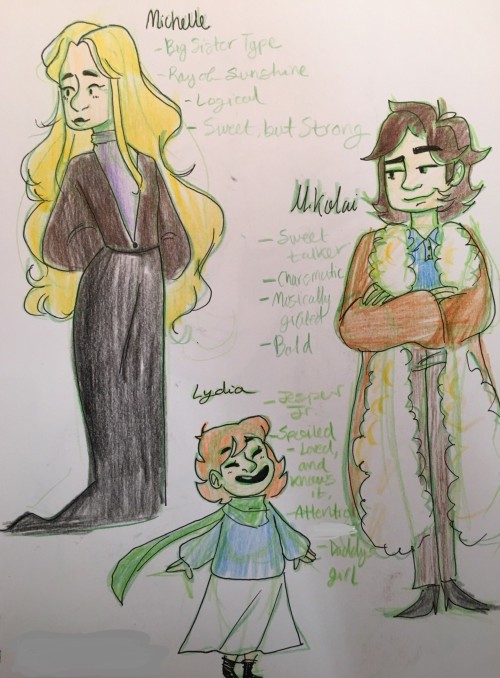 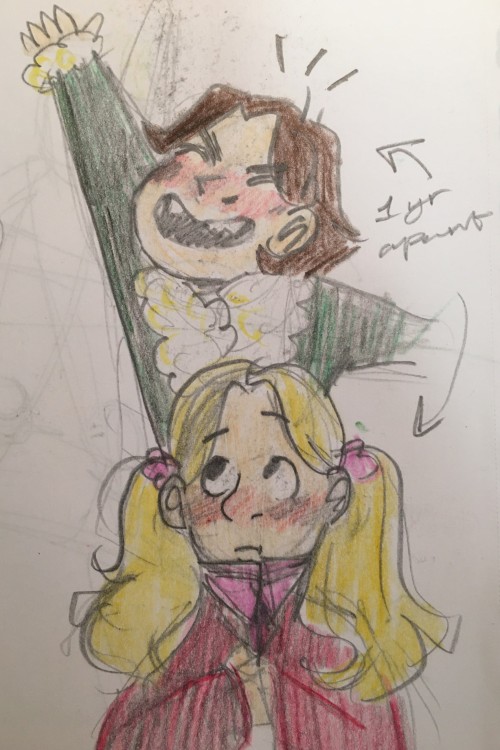 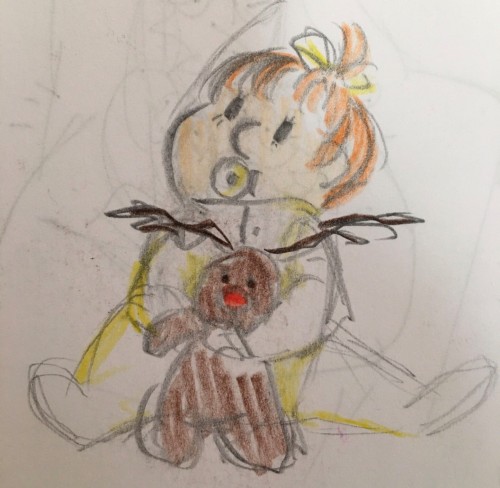 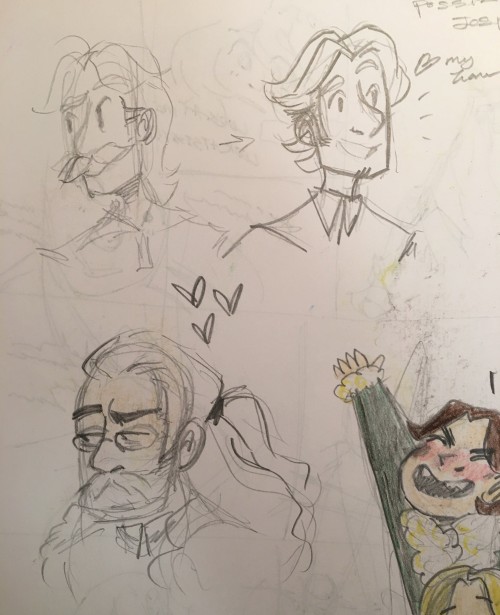 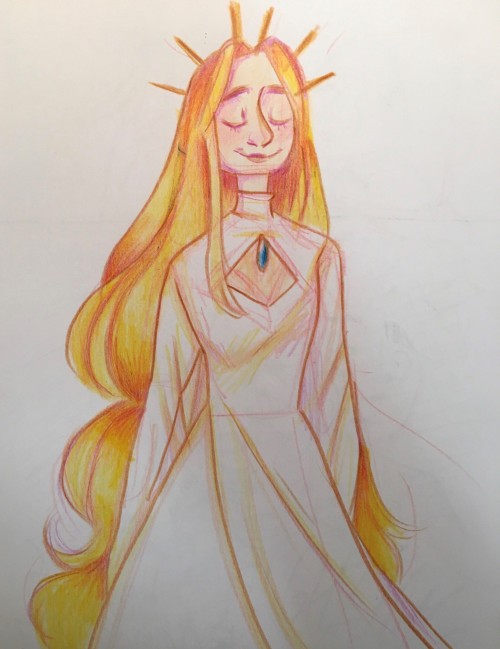 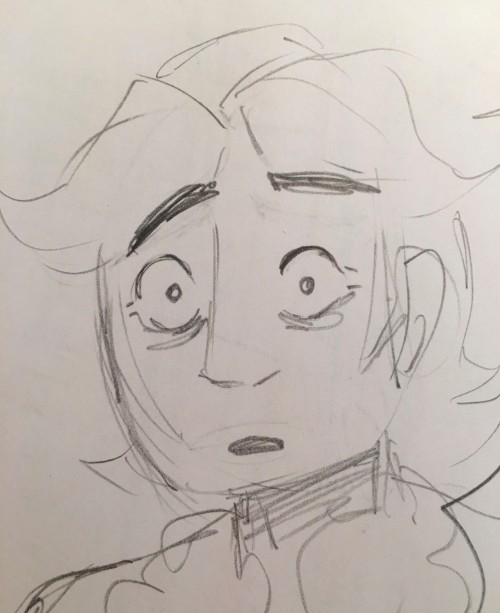 Sorry not sorry, but the storyline of romance between Ava and Jesper brings nothing to the story and yes, it’s the story of a friendship and how Santa Klaus started and all but I am persuaded the movie has a beautiful romance RIGHT THERE.

And would have made the angst, the fight, the smiles so much more!!!!!

So I ship my merry husband into merry fathers with this gif!

Just putting this out there.

Cause brooding large silent man and chatty cunning slender one ?

Am I the only one seeing this ?

#klaus 2019, #Klaus, #jesper johansen, #jesper x klaus, #klaus x jesper, #Klausper, #merry husbands
224 notes · See All
kitlaurieAnswer
....Would Klausper still be a possibility in the Bioshock au? Because I know next to nothing about Buoshock but God damn that pairing aesthetic

Let me tell you, as someone who has quietly shipped Subject Delta/Augustus Sinclair for the better part of a decade, Klausper is more than a possibility.

(Quick warning for some violence and body horror, I’m gonna talk about a few details of Bioshock)

I’m not sure how much “next to nothing” is for you, so I’ll explain a few things.

When someone is made into a Big Daddy they’re fused into that diving suit and mentally and genetically conditioned to bond with and protect Little Sisters (little girls who’ve also been altered and conditioned to collect ADAM (a resource Rapture has become very dependent on) from dead bodies). This process is supposed to be permanent, but as someone who’s consumed all available fan content of Delta being rehabilitated and living with Sinclair and Eleanor on the surface I’m going to presuppose that that’s an option they just haven’t figured out yet. (So, eventual happy ending! Yay!)

I think, instead of getting sick, Lydia would have noticed all these girls who used to visit their toy store disappearing and would make a lot of noise and look into it. Leading to her “disappearing”, which would lead Klaus to try and find out what happened to her and then he would “disappear”. (i.e., get turned into a Big Daddy). So when Jesper shows up Klaus is just this rogue Big Daddy who doesn’t even have a Little Sister to protect, he just roams around his toy store and attacks anyone who gets close. But he’s lucid enough to understand that Jesper is helping the girls when he sees them together. They thank him and even give him little gifts. And it reminds Klaus of what Lydia had been trying to do. So between that and his programming to bond with and protect Little Sisters he goes from attacking Jesper on sight to tagging along and protecting him.

I basically just picture them going around fighting splicers and saving Little Sisters while Jesper tries to figure out how to leave. Y'know, Bioshock stuff. Mogens and Alva would be on the radio alternating between calling Klaus his guard dog and his boyfriend. Jesper would get distracted by a puzzle or “that idiot on the radio” (Mogens) and wouldn’t notice a splicer sneaking up on him and Klaus would just obliterate them, brains on the wall. They’re a good team, Klaus is the muscle and the one the girls trust and Jesper is setting up traps and dealing with the people who actually try to talk about stuff and getting the girls de-slugged.

Klaus can’t talk as a Big Daddy, but he finds lots of ways to show Jesper he’s grateful for what he’s doing to help these kids. Probably picks him up and let’s him ride on his back sometimes, like the girls do. They’d have some quiet moments in between all the chaos and violence. Maybe they find a record player and some awkward attempts to dance are made. Jesper’s laughing but then he has a moment of “Oh no, this city’s really getting to me. I’m falling for a monster. A monster that I’ve killed dozens of people with.”

Klaus isn’t really built for first aid, but he sticks real close if Jesper gets injured. Probably brings him food and supplies he thinks will help. And Jesper might actually get some sleep with Klaus watching his back!

He’d make sad whale noises when the girls they save go off into the hidey-holes. And Jesper would be like “Don’t worry big guy, we can go see them soon.”

I was inspired by all the orphan aus and stuff, and i love designing fankids, so here we are. These are from about a month or so back?? I am still working on these guys so there WILL be updates. (I also have some drawings of them in my sketchbook that I’ll post later!) 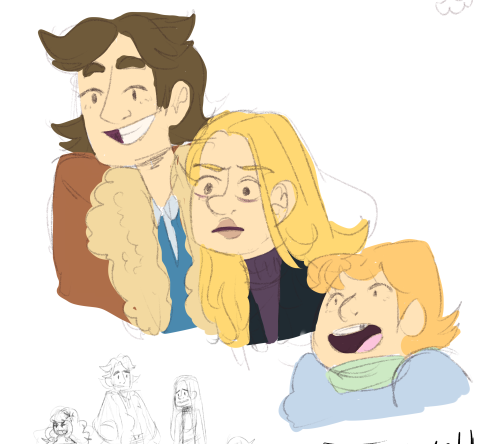 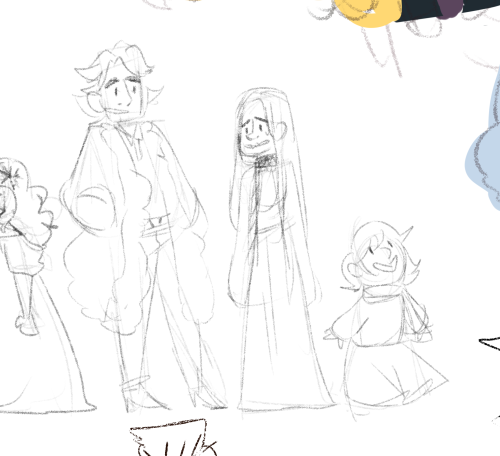 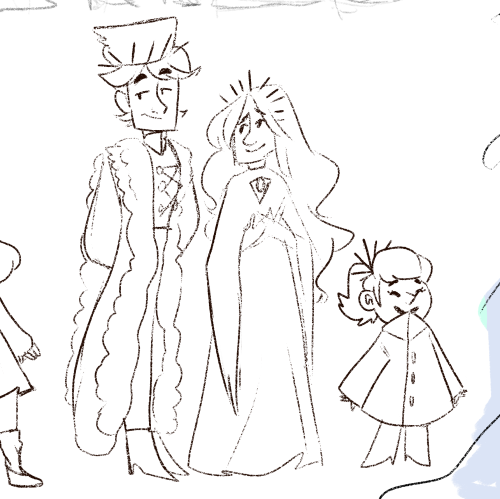 Me and @lisondraws were talking about Jesper realizing he prefers living with Klaus in Smeerensburg over his old life and I just discovered this song and it’s perfect! (Maybe even a little too on the nose!) My new favorite Klausper song. Maybe even just my new favorite Jesper song.

Klaus shows his love in lots of different ways.

(A little communication wouldn’t hurt either.)

Been talking with @lisondraws about all things Klaus and came up with this First Kiss scenario. I loved it so much and I wrote this whole fic just today!!!

This is the most physical affection I’ve ever written, so hopefully it’s good! 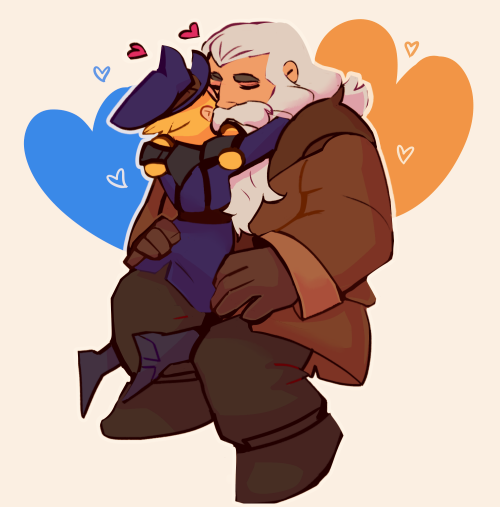 pretty sure this scene happen 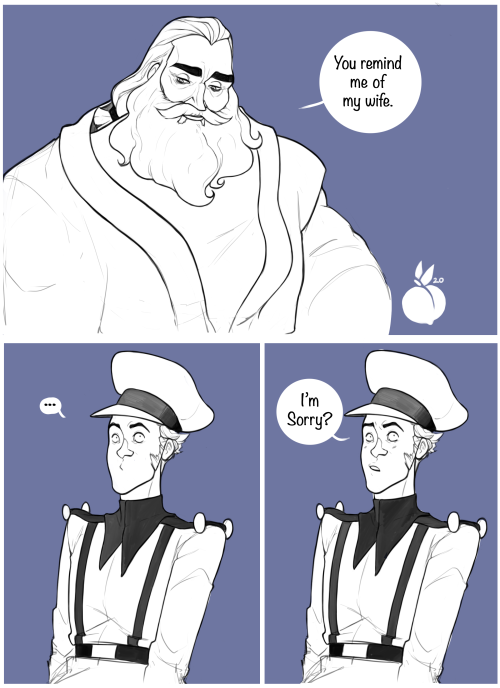 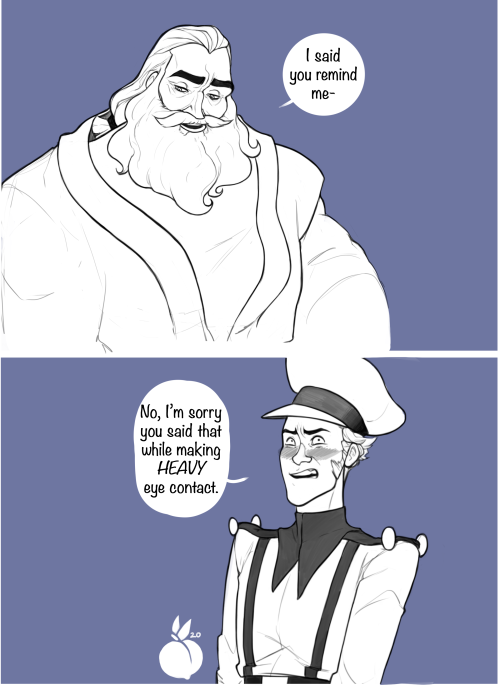 Saw a post made by @imshionchat and thought I should make it into a meme format so credit goes to them.