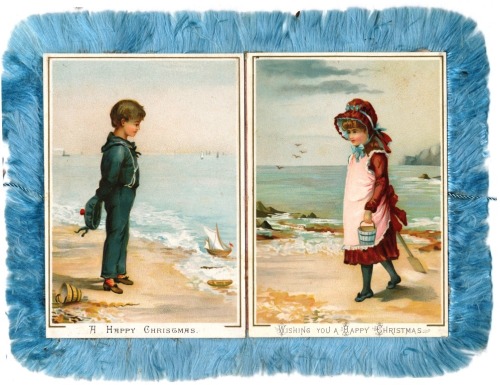 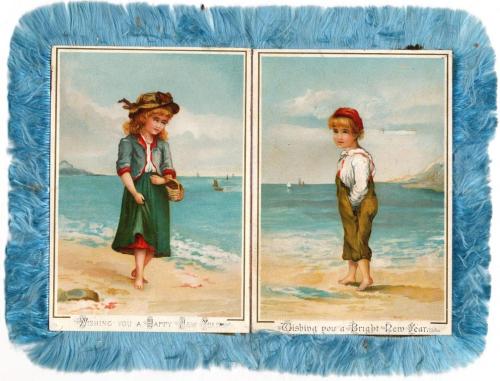 A Merry Virginia Christmas, 1977. The warmth of friendships both old and new are remembered with love at this Happy Holiday Season. The Dalton Family. 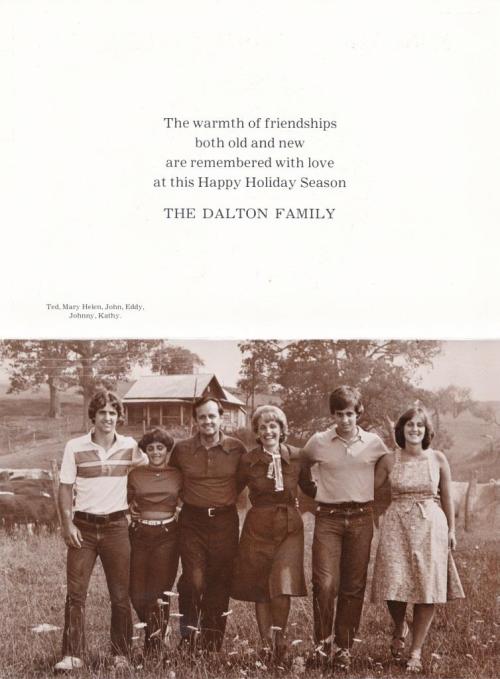 Apparently I also forgot day 18. How did this happen? I thought I hit everyday (but Christmas because my phone finally died a horrible gruesome death, but that was out of my control). So without further ado, here’s something I came up with on the spot.

Judy goes to a Christmas festival with the theme Christmas Around the World. She has some wassail in Britain, sausage in Germany, and bouche de noel in France. In Spain she’s captivated by a beautiful, enormous nativity set. There’s an unusual looking piece, one that looks like he’s squatting down to do something. Judy bends over to get a closer look when another attendee named Julian bumps into her, sending her crashing into the set and hearing a single piece shatter. She’s upset and yells at the guy - who is a jerk - but she can’t find the broken piece. The proprietor of the the Spanish area tells her not to worry but she is still upset when she goes home.

The next day she wakes up in a life size version of the nativity set. What’s worse, there’s a mystery a-foot. The inhabitants of the picaresque little town are upset because someone is leaving giant piles of steaming shit all around their town. When Judy runs into the jerk who bumped her she reasons that they have to solve the nativity set mystery in order to go home and it must have something to do with the broken piece. After several red herrings and lost leads, they discover a broken and shoddily reassembled Caganer - the Spanish nativity set pooper. They reshatter him and Judy finally wakes up.

The next day she gets a package in the mail from the Christmas festival. It’s from the Spanish guy who says that Julian came back and bought the whole set and asked him to send it to her. He apologizes that one piece is missing: the traditional caganer, which he had found broken after she left. He offered to send her another one but Julian assured him that would not be necessary.

After reading the note, Judy’s phone rings. It’s Julian, who asks if he can come over and see the nativity set. She says yes.

#hallmark, #hallmark holiday movies, #christmas, #christmas in quarantine
0 notes · See All
simplycoolgiftsLink
To the moon and back - Custom Music Box - Wooden Music Box with I love you to the moon and back engraved on the top, choose songhttps://www.etsy.com/listing/744894435/to-the-moon-and-back-custom-music-box?utm_campaign=outfy_sm&utm_medium=socialmedia_post&utm_source=socialmedia

For just $87.00
Music box custom made and IT HAS THE WIND UP KEY ON THE BOTTOM, YOU NEED TO WIND IT UP FIRST, THEN LET IT GO AND IT PLAYS THE SONG OVER AND OVER FOR ABOUT 1-2 MINUTES! This listing includes 1 wooden music box with the carving on pic 1 on it with your choice of color and song (from the list below)! Any further ideas, please contact me prior to purchase! You can also request additional carving to the bottom of the box that can be up to 25 characters long. If you’d like to add something to the bottom of the box, just choose “w add'l engrave” option and please just leave me a note in the NOTE TO SELLER section! Please check and then double check your personalization request! All engraving will be done exactly as you indicate on your order. All capitalization, or lack of, spelling, punctuation, abbreviations, numbers etc will be engraved just as you enter it. HOW TO ORDER: see image #7 SIZE: The music boxes approximately measure: (W x D x H): 3 in x 2 ¾ in x 1 ¾ in! 7,6 cm x 7 cm x 4,5 cm LIST OF AVAILABLE SONGS FOR WIND UP MUSIC BOXES: 1. A dream is a wish your heart makes (Cinderella) 2. Amazing Grace 3. And I love her (Beatles) 4. Anniversary Song 5. Anniversary Waltz 6. Ave Maria 7. A Whole New World (Aladdin) 8. Baby Mine (Dumbo) 9. Brahms Lullaby 10. Butterfly Kisses (Bob Carlisle) 11. Candle in the wind (Elton John) 12. Canon in D 13. Can’t help falling in love (Elvis Presley) 14. Clair De Lune 15. Close to you 16. Davy Jones Theme (Pirates of the Caribbean) 17. Edelweiss (Sound of music) 18. Eine Kleine Nachtmusik (Allegro) 19. The Entertainer 20. Fiddler On The Roof 21. Fur Elise 22. God Bless America 23. Greensleeves 24. Happy Birthday 25. Hedwig’s Theme (Harry Potter) 26. He’s Got The Whole World In His Hands 27. Here Comes The Bride (Wedding March - Wagner) 28. Here comes the sun (Beatles) 29. How Great Thou Art 30. Hush Little Baby 31. I Could Have Danced All Night 32. If I were a rich man (Fiddler on the roof) 33. I just called …

Fuck it ! Nobody’s getting anything this year - oh Santa 🎅 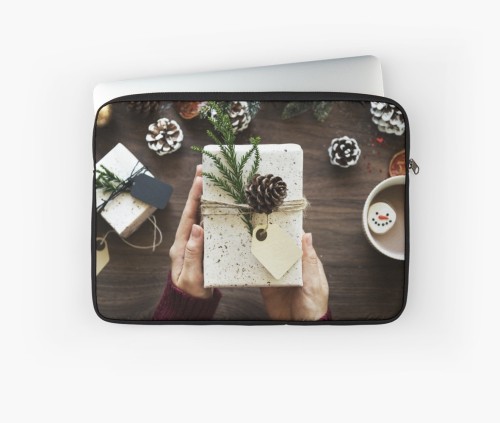 Have I waited the longest for food goodies? I received after 3 months my vegan snacks from the original SS, after being blocked at several customs points! USPS even gave up on the tracking so this was out of the blue! THANK YOU, I am already devouring them (on a secret santa exchange puzzle!). 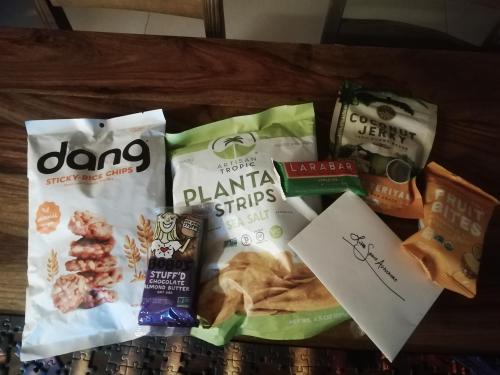 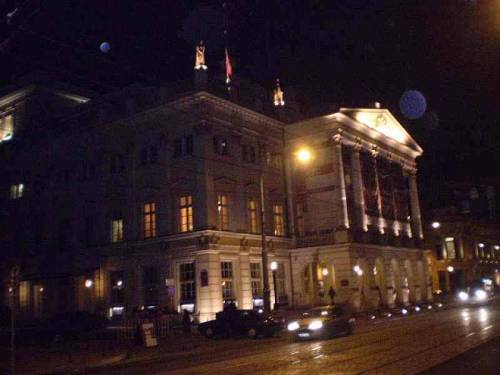 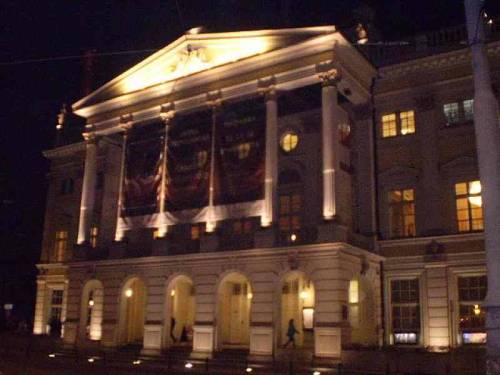 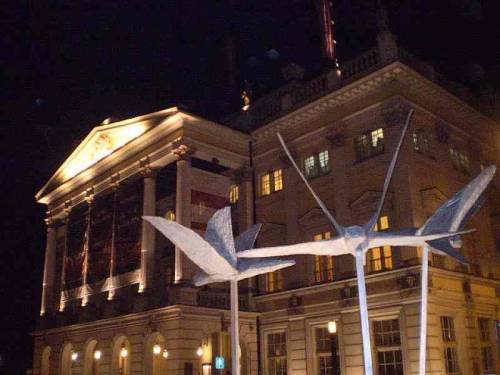 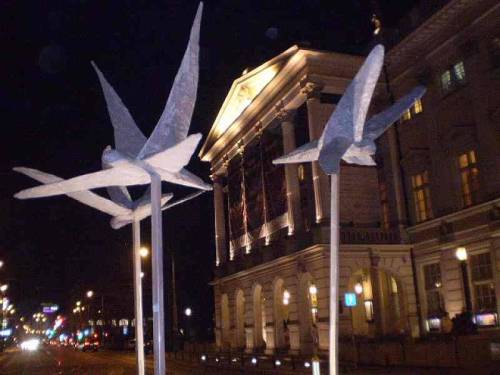 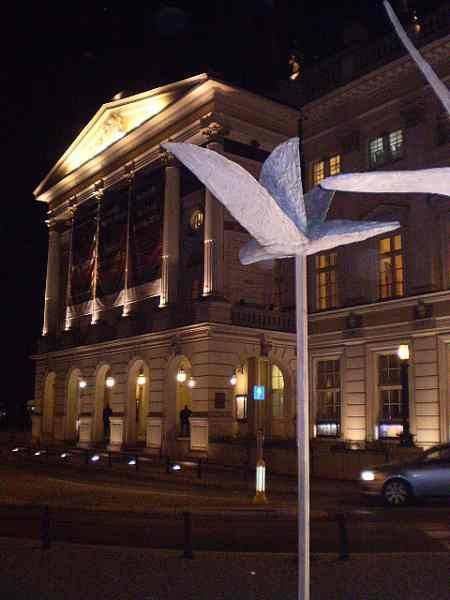 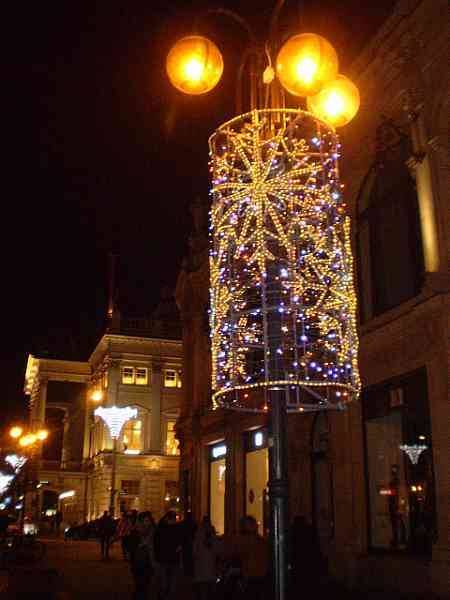 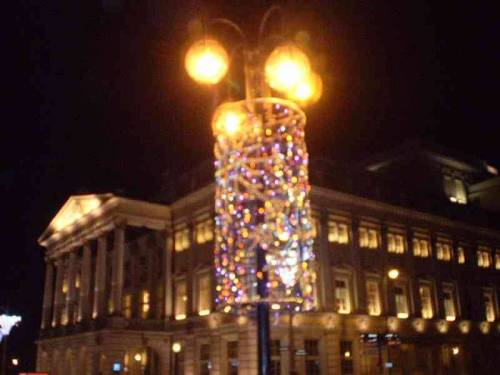 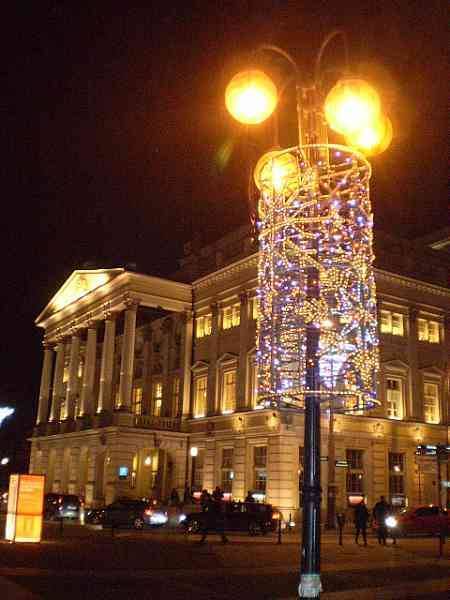 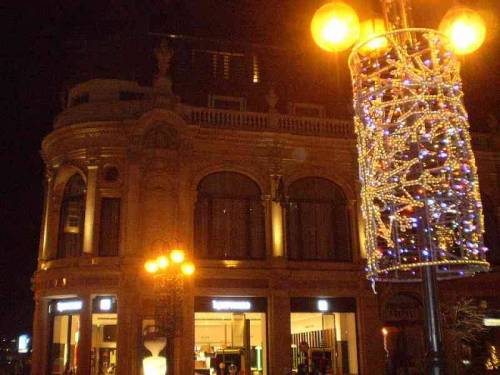 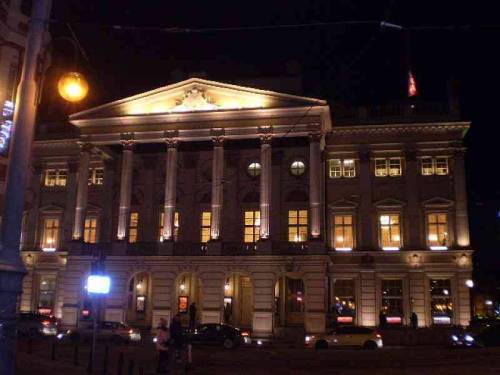 HELP, I recurved this lovely sparkly package today, but I cannot for the life of me work out the exchange. The only gift I’m waiting for is postcards, which I’m not sure if that’s this. THANK YOU whoever it’s from, but I’d love to know the exchange 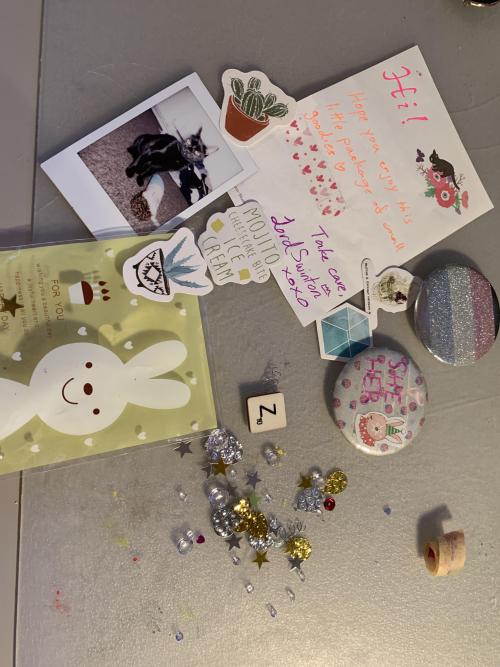 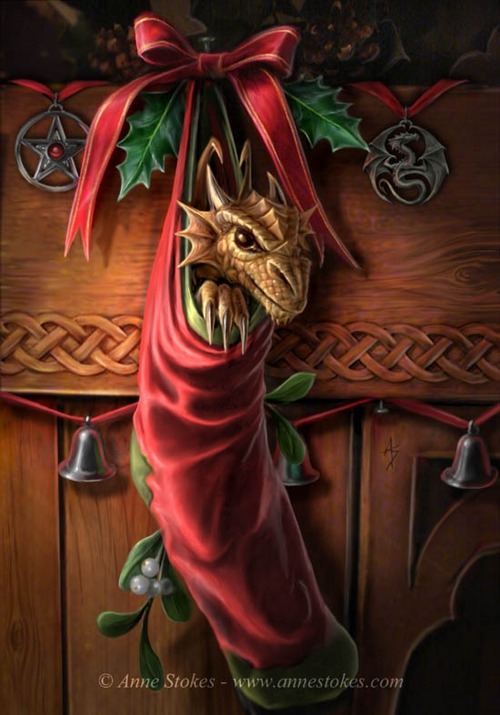 It is closed by a set of magnet snap button as shown in the picture.

Location of flowers/pattern placement will different from each piece. One-of-its-kind.You can’t find the same piece.

Note:
——
- Price-listed is for 1 pouch only
- This item is not suitable for babies or young children. It consists of button.
- Combine shipping are welcome. Please take a look of my “PAYPMENT & SHIPPING” section for details.
- Screen resolution may differ slightly from actual product colours.
- Conversion: 1 cm = 0.3937" or 1" = 2.54cm

It is a lovely gift set for your love ones or just for yourself. .^_^.

Thanks for dropping by! :)

Horns are made from polyurethane foam, WORBLA and painted with acrylic paints.
They are fixed on plastic headband with nails and they are removable.
Headband situated under the wig.
Headband color is random. We can paint it whatever color you’ll choose. It will be cost $3 more. Please send us a message with color if you want this.

☆If you have any questions, please, feel free to contact us.☆

You can place it either at your bathroom or bedroom or car or cabinet or office any places you desire .

This lovely diffuser was pre-mixed with some fragrance oil of “Sakura”. A sweet flowery scent. I am using the high-graded fragrance oil from Singapore manufacturer.

They are individually hand-poured and coloured and mixed.

Note:
——–
- Price-listed is for 1 clay diffuser only
- This item is not suitable for babies or young children.
- This item is breakable if drop.
- Combine shipping are welcome.
- Please take a look of my “PAYPMENT & SHIPPING” section for details.
- Screen resolution may differ slightly from actual product colours.
- Conversion: 1 cm = 0.3937" or 1" = 2.54cm

It is a lovely gift set for your love ones or just for yourself. .^_^. 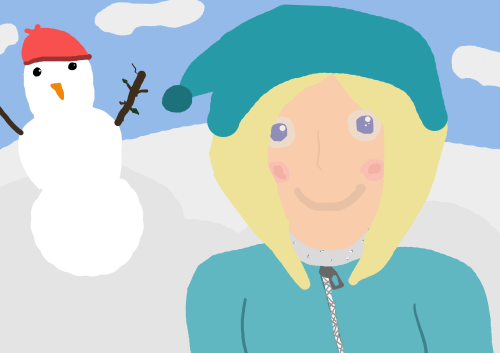