(Made another drawing of Pride month! I’m just so excited!) 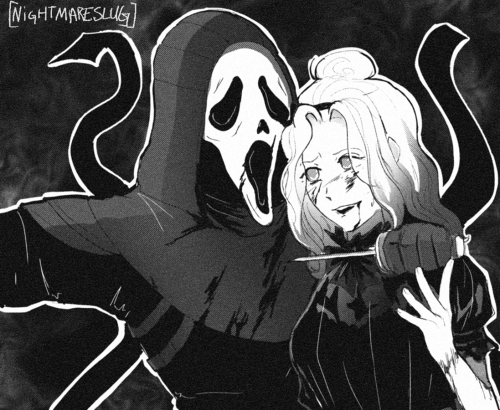 “ i want the hag to rip off pieces of her skin and feed it to me as she’s jacking me off with her splintered hand. ” 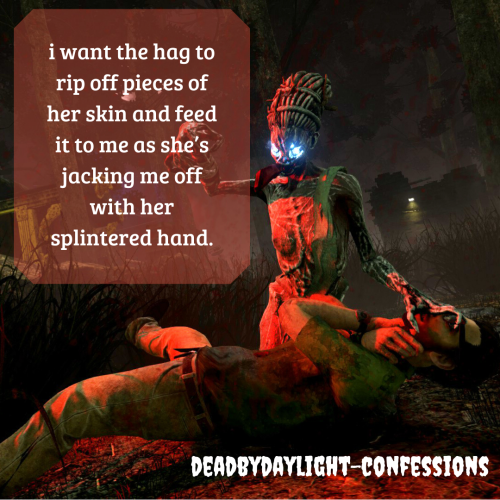 A/N: I’ve already mentioned previously, but I’m sorry you feel that way about yourself! You can like feminine things, hun, that doesn’t invalidate you or make you any less manly. Just keep on being you - things will get better with time and I know this is probably something people have told you, but it really does! Please, try not to cry about it and know that my inbox is always open! <3

The survivor was sitting at his lover’s side, eating slowly whilst his gaze was focused on the hole in the roof. Even in the real world, with all the tools and the necessary items, he reckoned that he would still not be able to repair it by himself. He simply had no knowledge when it came to building. Currently, the only viable option he saw, was to leave the house for a while and hope that the Entity would do its charm. After all, it was what it had done to all the trees from which the survivors took some branches.

The sudden shift to his side made him look back to the killer and down towards the little maroon box in their possession. Seeing it made his stomach turn and the eaten food threatened to return the way it came. It was not that he was unhappy, but the anxiety of it all did not allow him to remain perfectly calm.

„S-Seán…” he stopped mid-sentence suddenly conscious that it might not be what he was thinking about. It felt like if he were to be wrong about the contents of the box, he would make a fool of himself and place the other in a difficult spot.

Prolonging the inevitable, he wiped his hands in a napkin and slowly reached for the box. It could not have been what he thought it was, right? Where would the killer even take such an item from? Oh God… Did he find it on one of the keys dropped in a trial and thought of me? Not wanting to wait any longer, he opened the little box with slightly shaky palms.

#Other side of the pen, #dead by daylight, #oc survivor, #[in character], #roleplay prompts, #ask-534-omega
2 notes · See All
the-inquisitive-journalistAnswer

The fog thickened whilst the journalist was returning from one of his little walks. He enjoyed spending time alone as much, as he enjoyed spending it with others. No matter how happy he was with those close to him, there always came a moment when he needed to be alone just to collect his thoughts and recharge his energy. This particular walk was long, he knew it even though he could not tell how long it lasted and he was aware that it increased his chances of meeting one of the killers. Whilst he was not afraid of them all, at least not outside of the trials, he was also careful to not bring the attention of those who he thought to be dangerous. The survivor was close to thanking his luck for the lack of confrontation with any other occupants of the realm when suddenly he caught the glint of a blade close to his side. A weapon had been pointed at him after all. The blonde turned towards the owner of the blade in hopes to see someone other than Myers.

#Other side of the pen, #dead by daylight, #oc survivor, #[in character], #anon, #roleplay prompt
0 notes · See All
bitch-called-fengminText

Y’all what are ur face claims for Frank Morrison? cuz I picture him as Marcus Lopez Arguello from Deadly Class but I feel like that’s so off 😐 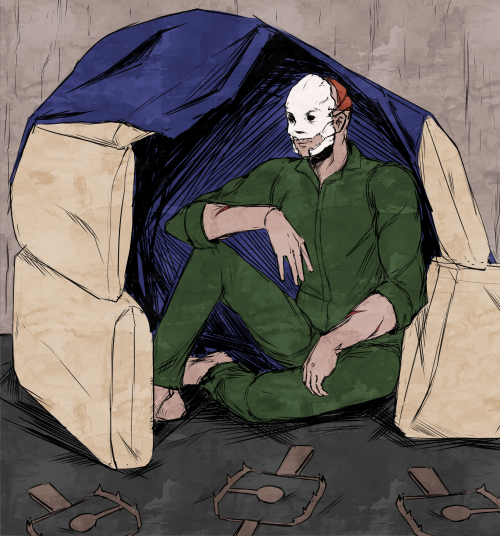 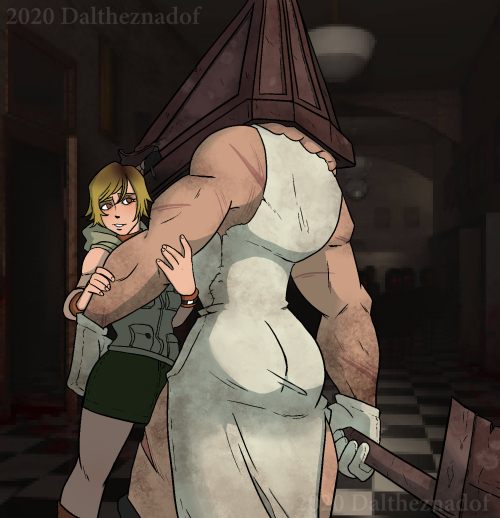 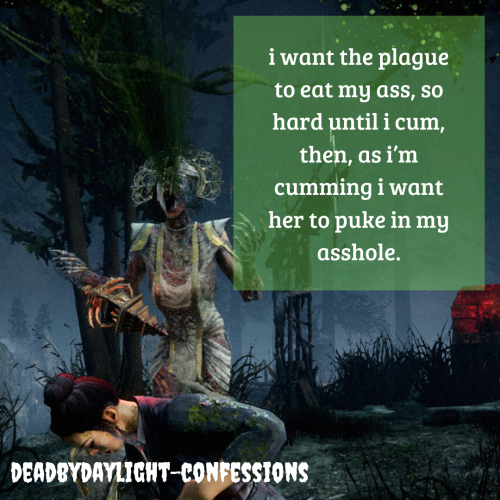 A comission for a friend of ‘Some DBD characters Bullying Jane. Like you know, shoving her in a locker.’ 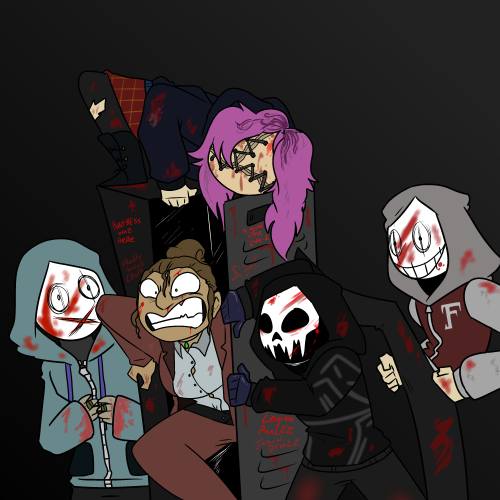 Some computer DBD doodles that I took the time to shade

Give Jeff a cowboy hat Devs damn you

Dwight gives the girl an awkward but soft smile, “Of course we can.”
he says happily.
@pinkfadeddye