“In re-reading all the 1 year sussexit pieces, what really stood out to me was that they had wanted to leave for a year at that point. That would mean after about 6 months of being married they already wanted to leave!! WHAT!! The bad articles really only started in the autumn and most were about her dad which comes back on her no one else. Only a few months and she was ready to leave, was the reality of royal life ever actually explained to her by Harry?, or did she just want the fame?” - Submitted by Anonymous 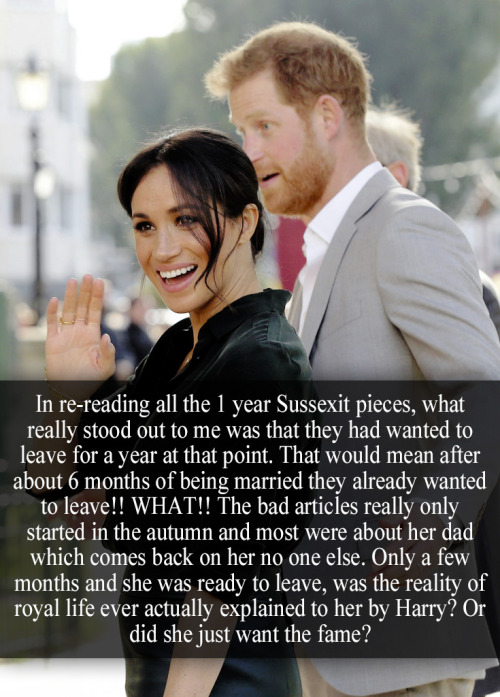 “I wish that Express (and others) wouldn’t use headlines like “Will you read Meghan and Harry’s explosive tell-all book” when they’ve claimed it’s not theirs! It give the people criticizing them nonstop too much ammo, even if it’s only supposed to be click-bate.” - Submitted by Anonymous 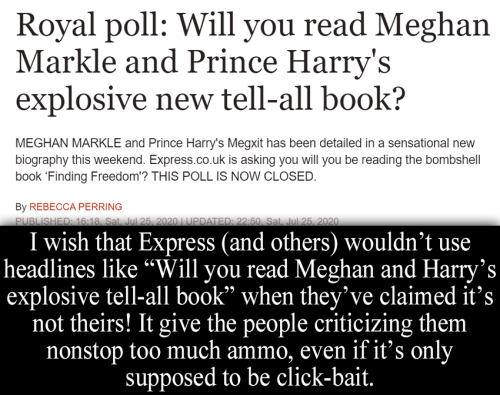 Page 1: Teresa Giudice goes Insta-official with her new businessman beau while her ex Joe Giudice posts a pic of his own – Luis “Louie” Ruelas lavished Teresa with gifts and he doesn’t let her pay for anything while Joe posted a photo of his supposed love writing Happiness doesn’t depend on wealth

Page 3: Jennifer Garner pulled on a Santa-approved sweater and a striped mask before heading out in L.A., Sophia Bush wore a mask saying I’m Smiling as she stopped by Greenblatt’s Deli in Hollywood, newlyweds Niecy Nash and Jessica Betts piled into their car to see Regina King’s directorial debut One Night in Miami in Malibu

Page 4: Bilingual mom of five Hilaria Baldwin gets flamed for faking her European identity – the yogi is upset that so many people were bashing her and she felt compelled to defend herself – her husband Alec Baldwin went on the attack in a rant because he won’t tolerate anyone trolling Hilaria

Page 5: It’s the role of a lifetime and actresses are lining up to play Madonna in her biopic and current frontrunners are Florence Pugh and Julia Garner – the bosses at CAA which is the agency helping put the movie together want Florence and promised to take her to the next level but on the other hand fans and press want Julia because she’s such a dead-ringer for early-career Madonna

Page 6: Six months after splitting from wife Megan Fox, Brian Austin Green was spotted boarding a flight at LAX with Dancing With the Stars pro Sharna Burgess – their relationship is new but it’s moving fast and they’ve become inseparable over the last few weeks – the timing has some friends of the dancer concerned because no one wants to see Sharna get hurt or caught up in a toxic rebound relationship as Brian’s still clashing with Megan over their divorce

* Emmy Rossum looks unrecognizable playing Angelyne but that’s not what caught her coworkers’ eyes on set: she looks pregnant – Emmy wed Sam Esmail in 2017 and they’ve talked about starting a family forever so it’s a very special time

Page 9: Martha Stewart on her snow plow, Emma Slater who hails from the U.K. and Russia-born Sasha Farber passed their U.S. citizenship test

Page 10: Director Regina King suited up for the drive-in premiere of her film One Night in Miami at Calamigos Ranch in Malibu, Donnie Wahlberg and Marisa Ramirez headed to the wintry beach to shoot scenes for Blue Bloods in Queens

Page 13: Eva Longoria working out, John Legend and Chrissy Teigen enjoyed a hike together during a getaway to St-Barth

Page 15: Elle Macpherson during a day of shopping in Miami, Candice Swanepoel with her youngest son Ariel at the beach in Miami

Page 18: Normal or Not? Renee Zellweger did some heavy lifting while out in L.A. – not normal, Bella Hadid made a snow angel in NYC – normal, Bai Ling stepped out in Hollywood dressed in a currency-inspired ensemble – not normal

Page 19: Madonna with pink hair – normal, Justin Bieber appeared to be deep in thought leaving the studio in Burbank – normal

Page 24: Khloe Kardashian and Tristan Thompson engaged – despite their rocky history the couple are happily tying the knot – Khloe is convinced Tristan has changed and won’t dare deceive her a third time

Page 25: After a year of dating Liam Hemsworth and Gabriella Brooks are playing house – Liam recently purchased a $4.9 million five-bedroom estate in the posh seaside town of Byron Bay and the model has moved in – they get along great and have a nice easygoing vibe between them and Liam loves that there’s no drama with Gabriella and he says she is the one; they both feel that they are soulmates

Page 26: Cover Story – Christmas From Hell – with Duchess Kate and Duchess Camilla at war over who should fill Queen Elizabeth’s shoes the holidays were anything but merry for the royals

Page 29: It’s been a year since Prince Harry and Meghan Markle shocked the world by stepping back from their royal duties last January and now it seems they’re rethinking severing all ties with the monarchy because the couple are seeking a 12-month extension of their so-called Megxit deal which expires at the end of March in the hope of keeping their royal patronages and reinstating the military titles that Harry was devastated to lose when the pair left the U.K. for the U.S.

Page 30: Jennifer Lopez and Alex Rodriguez: the wedding is off – postponing her Italian nuptials with Alex gave Jennifer time to think and now she’s rethinking getting married at all

“I’m confused as to why the courtiers are still hoping for Meghan to drop her case against MoS stating that it will “expose palace operations and members of the royal staff”. If the letter was initially only between Meghan and her father, and then it ended up in the tabloids, what are they so worried about? If they think it will look bad on the BRF for whatever reason, that doesn’t make sense to me since they’ve dealt with lawsuits before and worse ‘scandals’ as well. Unless the courtiers had done something unsavory in the midst of things or in reference to the letter, they shouldn’t be worried. If Meghan loses & embarasses herself then let her-if she wins then let that be a lesson to the tabloids.” - Submitted by atyourbestuareluv 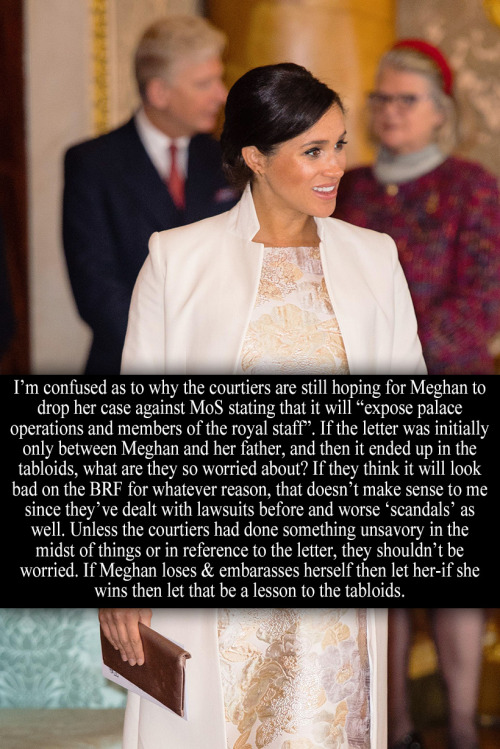 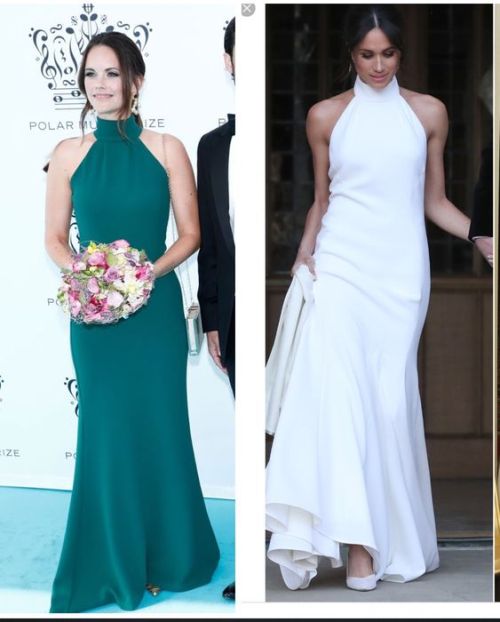 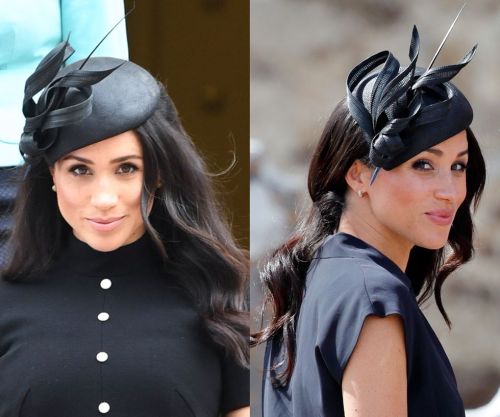 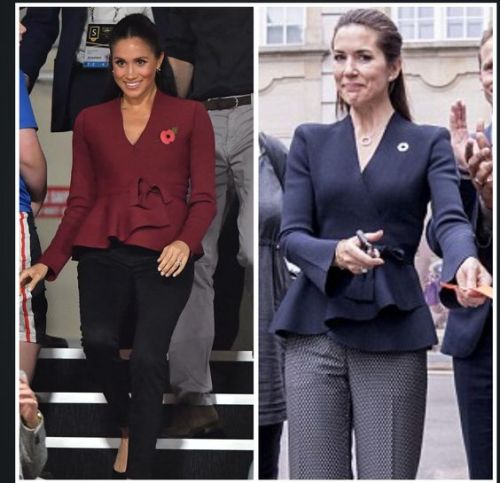 I have a top five! Definitely everyone share yours too because I don’t know that everyone will agree with mine.

Margaret • for a big ass veil, it didn’t drown her and somehow it still looks classic and cool now idk.

Madeleine • I love that the lace edging on the veil matches her dress perfectly, and it’s just executed so well. Classic and gorgeous.

Meghan • that first shot on the stairs, with the veil behind her? Divine. And the perfect touch of all the Commonwealth flowers? Smart, sweet and stunning.

“[P1]think Meghan overestimated how thick her skin was. If you have a small following that engages well with you and no real haters then of course you’ll think you can tough it. She said herself she liked the initial attention and the early periods of her being a Royal were filled with mostly positive press but soon people got more mean and the hate piled up. It’s not wrong of her to think she could handle it but it’s why she should’ve waited longer before marrying Harry. [P2] she had no real idea what she was getting into. I do feel a bit bad bc it was probably a shock and she just didn’t know how to handle all that criticism. I also think Harry could’ve done more to help better prepare her.” - Submitted by Anonymous 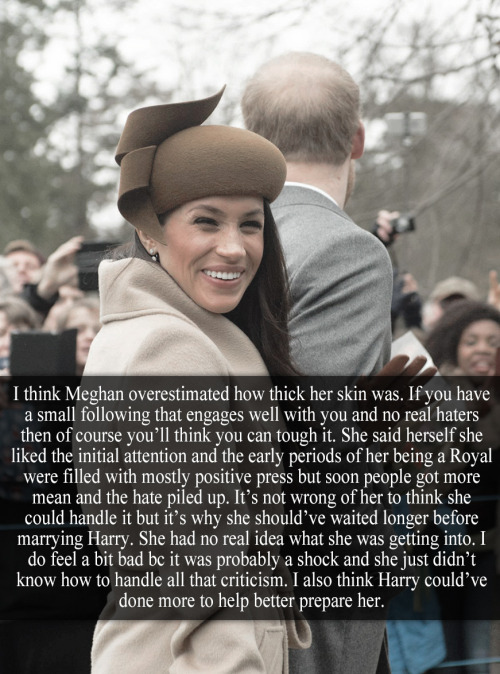 Some of y’all being a little too quiet about the leaking. 🤨

“It cracks me up when magazines and media praise Meghan for “breaking the rules” and being edgy because she wore a suit/ trousers instead of a dress. Meanwhile Queen Letizia exists.” - Submitted by Anonymous 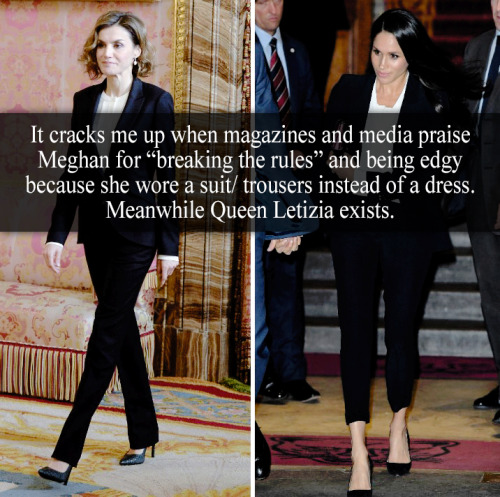 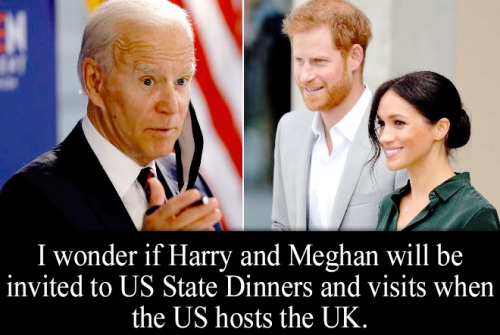 “I think the reason why people love Meghan is because she’s clearly flawed. Kate however is flawless and most people aren’t and I can see why they don’t like her because of it.” - Submitted by Anonymous 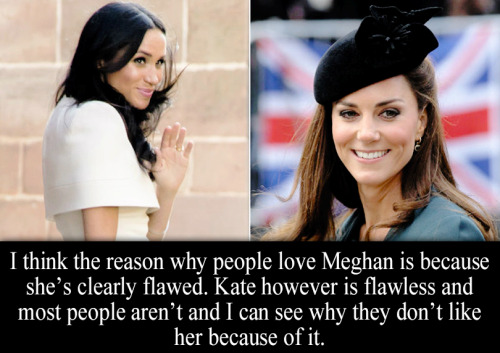 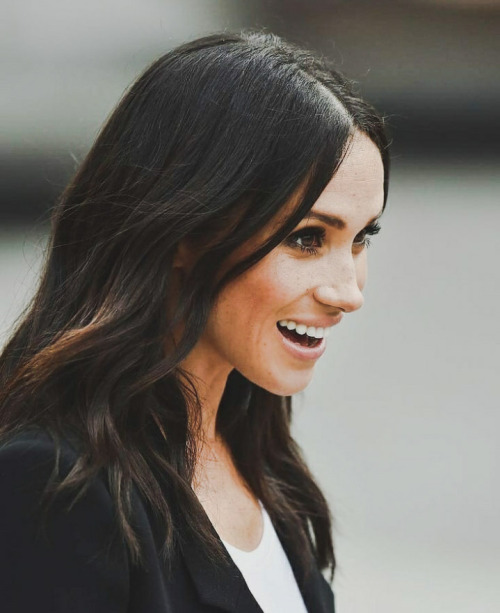 Here the extracct in case you dont want to click on DM - cant wait for day 2! 🙏🏼

Meghan Markle asks judge to decide privacy claim without trial
The duchess is suing the publisher of The Mail on Sunday, the sister paper of the Daily Mail, after it published extracts from a letter she
Mail Online
#meghan markle#megxit#prince harry#british royal family#harry and meghan#liar liar#monster markle
1 notes
ingek73
Text

There are major staffing changes underway in the Royal Household as two senior royal aides quit their positions within a matter of days of each other.

Julian Payne, Communications Secretary to the Prince of Wales, is to leave his position after five years in the job.

Mr Payne has been widely credited with helping both Prince Charles and the Duchess of Cornwall improve their public popularity rating with is much greater now than it was five years ago.

Mr Payne, who successfully encouraged the heir to the throne to make the most of social media, is understood to be quitting his role to become Chair of Corporate Affairs EMEA for Edelman.

The Duke of Cambridge will also see his most senior aide quit in the coming months.

Christian Jones, Acting Private Secretary to Prince William, is to leave his position at Kensington Palace to take up a role at private equity group Bridgepoint.

Meanwhile, amidst all of the departures, Amanda McManus has returned to her role as the Duchess of Cornwall’s Private Secretary following a year-long sabbatical.

Just as the Mail said in the court case a senior member of the royal household was their source.

Prince Harry is “heartbroken” over his situation with the royal family, his close friend and journalist Tom Bradby said in an interview on Sunday.

Bradby’s interview aired just after the one-year anniversary of Harry and Meghan Markle’s unprecedented decision to step back from the royal family to pursue financial freedom and a new life in North America.

“There’s been a huge amount over the…

“Meghan has unearthed a fundamental division between people who believe everyone should be able to see themselves reflected in an institution whose job is to represent and unify so it’s great to have self-made people and people of colour in it expanding the audience and people who love the exclusive nature of royalty who believe that if anyone can be a royal there’s no magic to it anymore and that there’s a valid reason why royals even by marriage have always been white and from the upper class.” - Submitted by Anonymous 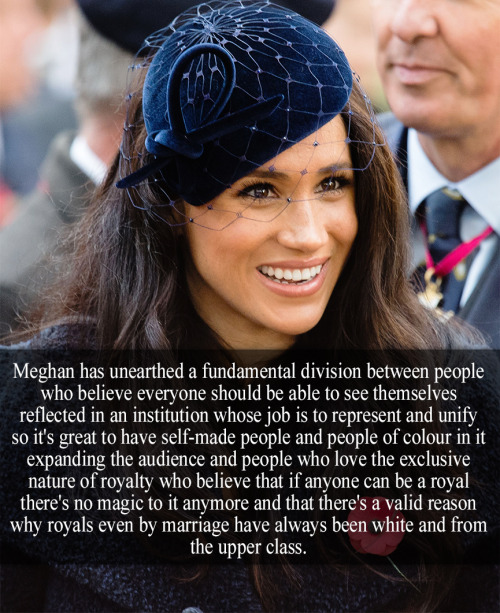 CDAN- TUESDAY, JANUARY 19, 2021 Blind Item #8 After speaking highly of these two groups in the past and using them for photo ops, each of the groups sent an invitation to the alliterate one and her significant other, to take part in this past weekend’s day of service. Neither heard back. Maybe the guilt caused them to pay for some food the next day.

CDAN- TUESDAY, JANUARY 19, 2021 Blind Item #8 After speaking highly of these two groups in the past and using them for photo ops, each of the groups sent an invitation to the alliterate one and her significant other, to take part in this past weekend’s day of service. Neither heard back. Maybe the guilt caused them to pay for some food the next day.


After speaking highly of these two groups in the past and using them for photo ops, each of the groups sent an invitation to the alliterate one and her significant other, to take part in this past weekend’s day of service. Neither heard back. Maybe the guilt caused them to pay for some food the next day.