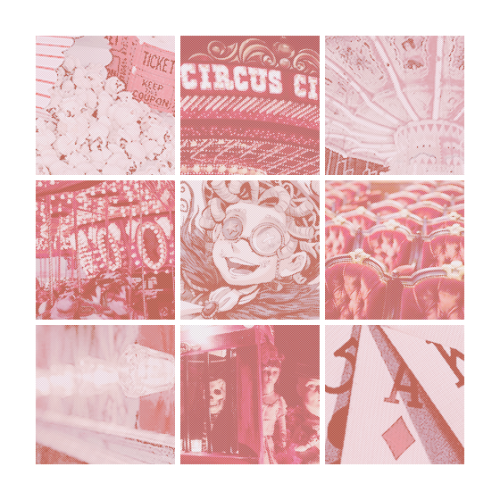 idvtober dump ummmmm i have a tracy addiction

for some reason, i constantly get bots in quick matches as a hunter? i haven’t lost a single game for a week, if not longer, but they won’t go away, it’s so weird. i do around 10 quick matches a day and for the past two days i’ve only gotten one non-bot team to play against. does anyone know what might be the problem?

Thank you for the sweet comments! Here is the continuation for it! I hope it’s alright! There’s not an actual verbal confession, but…you’ll see what I mean. I hope you enjoy.

It hadn’t been very long since you befriended Luca. Truthfully, that had been a relatively easy thing to do. The man was kind, sweet, intelligent. He was easy to swallow compared to a lot of the other men you had encountered at the manor.

The closer you had grown to him, the more you learned of his history and just how he had landed himself in jail. He never asked for pity from you, he never asked for you to even spare him a glance. He only asked that you view him in a different light than you had originally. And he hoped that soon everyone else in the manor could view him in the same way.

And while that would take some time and persistence, he was fine with only you right now. You were sweet, motherly, and he hadn’t forgotten about that one night with you, nights that had now happened on a reoccurrence almost everyday. Sometimes he could feel the ghost of your fingertips upon his skin as he recalled it all and would send himself into a furious blushing frenzy. That seemed to happen quite a lot more recently with you in his life now. He began to notice you following him around, reminding him to do small menial things like eat and rest and bathe. Sometimes you would barge into his room and leave him little sandwiches and juice, or other times you would wash his laundry for him.

He begun to feel embarrassed and like he was using you in some way. He didn’t want to make you a maid, nor his mother. So on one rainy afternoon when the games had been postponed, he set forth and created something for you. It was the least he could do to repay you.

It was simple, really, and maybe a little dumb. He had noticed so many times while working with you on a cipher that he would create heaps of electrical current and sometimes shock you, so he decided to take a pair of your shoes and install rubber soles into them to keep the electric currents away. It wasn’t exactly the most extravagant gift, boy did he know that, but it was about safety so he hoped you’d appreciate it even the slightest.

And you did. When Luca had invited you to his room that night and handed you the gift, you were overjoyed that he thought of you. Even if it wasn’t roses or chocolates, it still showed you that the man did care about like you him. This was just his own little way of doing so and it was adorable.

“I hope they help.” Was all the man could manage as he turned from you, trying to hide the soft rosy color that dusted his cheeks. He didn’t know why he was getting so embarrassed or yearning for approval. He never needed anyone’s approval, so why now?

“They will. Thank you, Luca. You’re very sweet.” You chuckled softly at the man, placing the shoes down to give him an embrace. This caught the inventor by surprise and he let out a small laugh before he returned your hug.

When you pulled back from the hug, the inventor found himself yearning for that touch again. His gray eyes found your own, gazing down at you with a small smile and a prodding tooth which you had grown to love so very much. It was signature for him, and you never missed a beat when you would playfully tease him about it. The air between you felt tight and stuffy and you could practically hear the tension. There were so many unspoken words hanging there that neither of you bothered to say. You didn’t feel like you needed to. Luca wasn’t the best at words or human emotion, but he knew what was happening to himself. He wasn’t a fool.

He had fallen for you.

Luca watched as you took a seat upon his messy bed, your eyes bright and wide, and you smile none the less. You motioned towards his work bench, a silent signal for the man to continue whatever he was working on. Days like this always happened, but he just felt so antsy now. He let out a light sigh and turned back to his desk, continuing his work on fixing his circuits for the next game. Your eyes on his back was enough to make him fumble and drop his tools with a loud curse and a thump on the ground. He tried to calm himself down, telling himself to stop being foolish in front of you and just do his job, but that didn’t help.

And you could tell something was off too. Luca was hardly ever clumsy when it came down to his inventions. He was very detail orientated and focused, but his mind was elsewhere and you knew it. Luca heard you stand up from his bed by the loud creaking sound behind him. He tried to ignore it as he opened the circuit box up and stared down upon the red and blue wires, nibbling on his bottom lip as he tried to recall what the hell he was doing.

“You okay?” A hand placed gently upon his shoulder caused him to jump, eyes wide as he pushed his head back and stared up at you without turning around in his seat.

He cleared his throat, letting out an “um” and blinked at you. It was a strange position to be in, but it made you giggle nonetheless. He was usually a little weird, but today he was at the max. It was cute though and you adored him.

“Thinking about something?” You inquired, grabbing the man’s face and giving it a playful squish. He frowned, placing his hands upon your own and removing them with a pout so he could properly turn around and face you. You chuckled at him, placing a hand upon his face and giving him a grin which made the tips of his ears burn.

“Do you do this with all your friends?” He asked, placing a hand upon your own. You quirked a brow up, giving a hum of confusion at his question.

“This? Come into their room, make their heart race, distract them. You’ve got a knack for it.” He smiled, letting you know he wasn’t being serious and only teasing. You rolled your eyes at the man and shook your head, giving a small laugh at his antics.

“No, not really. I’m glad it’s working though.” A smirk grew on your lips and now it was Luca’s turn to roll his eyes. He thought you utterly adorable.

And at that point he hadn’t realized just how much he had let out. Was it a confession? Not blatantly, but it was there in a way. You both knew it. You both could tell by the way you gazed at one another with such love and admiration. He admired your kindness, your ability to see the good in people. And you admired his intelligence and vigor despite how people would put him down. The flirting was there, the little touches were there, the confession had practically slipped out. All that was left was for someone to make a move.

And so you did.

A small lean forward told Luca all he needed to know, and when your soft lips found his own, he kissed you back chastely. His free hand found your waist and tugged you close against him, and your hand found it’s way to the inventor’s hair to draw him in closer, giving his little ponytail a playful flick which made him chuckle. When you both finally pulled away, both of your cheeks were hot with embarrassment. Luca wasn’t particularly great with words, but he was pretty good with hands on things.

“Kissing rats now, huh?” The inventor joked as he caught his breath, smiling at you cheekily.

“Shut up before I kiss you again.” You snapped back, giving his chest a playful swat with your hand. 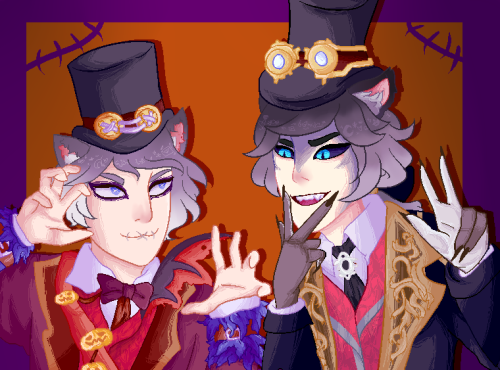 #mimi.txt, #I don’t have Mary tho, #I tried playing her in custom but man, #placing the mirrors is hard, #idv, #mary
0 notes · See All
melancrowlyText

Second essence b lit 👀 Already got what I wanted 💖 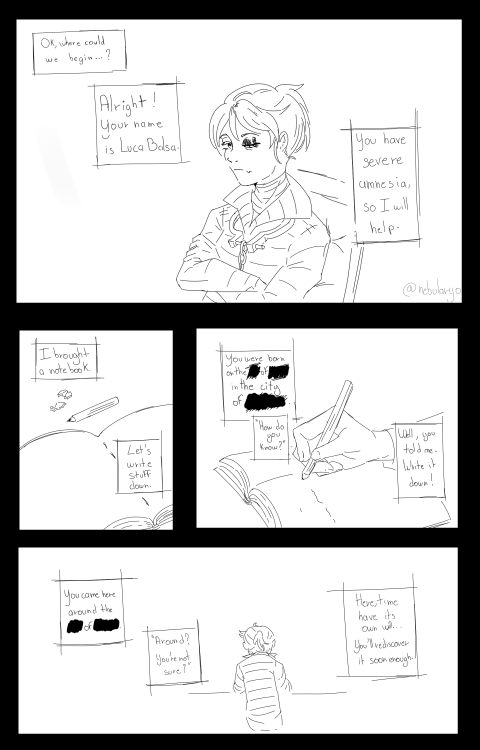 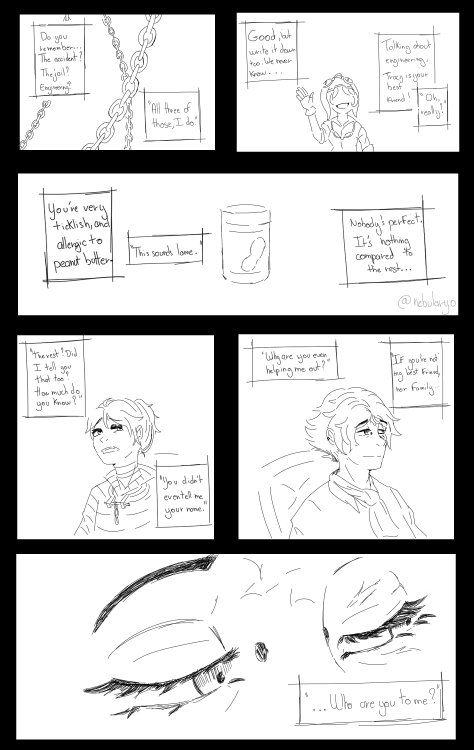