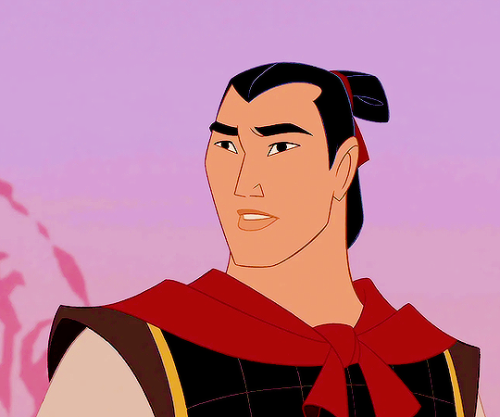 In Mulan 1, the song “Honor to Us All” states the people around Mulan believe “We all must serve our Emperor… A girl by bearing sons.” However, in “A Girl Worth Fighting For,” all the men talk only about the attributes and actions of the woman they’d like to marry, mentioning nothing about childbearing. Even Chi-Fu, the chancellor we all hate, sings, “I’ve a girl back home who’s/ Unlike any other,” and doesn’t mention children. Yao counters, “Yet the only girl who’d/ Love him is his mother.” She would love him because she’s his mother and mothers must love their sons, but this might only be in a royal family where if your son’s a chancellor you have to act like you love him even if he’s not a great guy.

Interestingly, Shang doesn’t sing at all during this song. The reason could be gathered that whenever he tried to think of a person he’d like to marry, the only face that popped up was Ping’s, who he didn’t know at the time really was a woman, and thus he had nothing to contribute regarding a girl worth fighting for.

Now Mulan’s mentioning her own characteristics we all probably assumed was her hoping her friends would see the merit in a more active and less passive woman, but in reality, could just as easily have been her hitting on them or figuring out her chances of getting with one of them later on.

A scene from chapter 15 of my fanfiction, Love in War 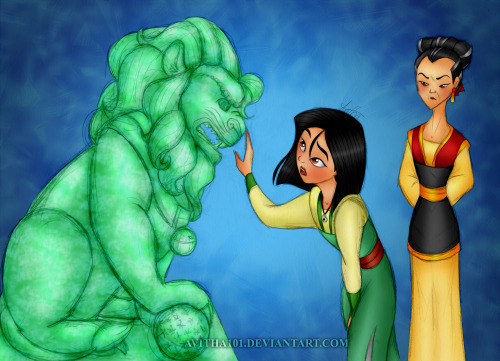 aladdin: he lied to her throughout the entire movie

little mermaid: eric got engaged to someone else. he and ariel never had a single conversation that allowed them to get to know each other. purely physical

cinderella: christopher is a himbo. claims to be in love with cinderella but doesn’t remember her face. then times get rewritten and he almost marries her sister

tangled: rapunzel knocked flynn out several times with a frying pan and then tied him up

princess and the frog: naveen wanted a sugar daddy. might have an ingrained social class issue. tiana deserved better

sleeping beauty: met each other once. philip got so obsessed that he kissed aurora while she wasn’t able to give consent [unconscious]

pocahontas: must I even explain…?

feel free to add to this post. couples I will NOT accept to be added are: mulan and shang (they’re great) hercules and meg (peak enemies to lovers), jessica and roger rabbit (they make it work, ok?), anna and kristoff (yes, they’re stupid. but they’re stupid together and that’s what matters), and nani and david (he’s the perfect bf)

I can’t speak to the historical accuracy (or lack there of,) but Mulan is an amazing, beautifully made movie about the power of being true to yourself and defying unjust expectations. I found it inspiring as a kid and I still do. And the songs are all bops.

Today I realized that Donkey from Shrek who marries a Dragon is voiced by the actor who played Mushu the Dragon. WHAT.

As a child I had a special attachment to princesses Jasmine, Belle, and Mulan. The three of them were who I personified a female as; someone who wants to see and know the world, someone who finds joy between pages, and someone who can “be a man.” After the release of Mulan (Live Action) was announced, I realized I still believed in that. These Disney movies make me proud to be born a girl and give me hope that there is more to my provincial life, that there is more to this world that meets the eye. It keeps me going. 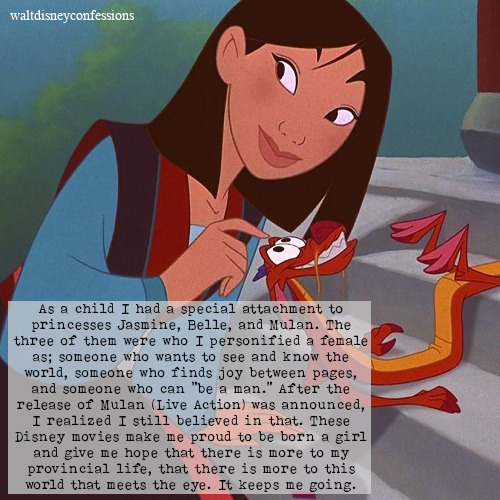 Lucky disney characters who got both their parents alive.

With jim dad who abandon him, hercule who dont have 2 but 4 parents alive hans parents confirm to be both alive in additional frozen material and Prince Florian who its was never show but i think there are High possibilities they could be alive in that castle where he brought snow white at the end. Edit : I count jim because his mother and father are alive but thats not really a happy thing there since his father abandoned him.

We might not see the 3 o’clock parade at WDW for the rest of 2020 when it reopens, and Festival of Fantasy night still be the daytime parade when I go by this time next year, but I wanted to share my latest #tiktok and #drawing of what if Walt Disney World’s 50th anniversary parade could look like(it’s not from an official imagineearing team), it would have the “Magic Everywhere” song from Disneyland Paris’ Magic on Parade, but with some lyrics being altered(just like the Disney Dream Come True Parade theme being an altered version of the Disney Dreams on Parade: Moving On song from Tokyo Disney) and possibly sung by somebody from Disney Channel, and it would perform during the day and night time, with a grand marshal pre parade from FOF staying intact, the Peter/Poppins float would a recreation of the one from DLP(since the original float was recycled for a different parade at that park)(not real, fan made)

The following units would be:

Royalty Shines: Cinderella, Tiana, and Ariel(with their princes, Prince Charming, Naveen, and Eric respectively) on horse carriages, while Belle, Rapunzel, and Aurora with their princes(The Beast, Flynn Rider, and Phillip) are on the float(recycled from Festival of Fantasy) 

Finale: Splits into two parts, First is led by Joe Gardener from Pixar’s upcoming movie, Soul, and is joined by Oswald and Ortensia, Nick & Judy from Zootopia, and Moana, while the gang from the Oscar winning 2013 movie, Frozen and the 2019 box office hit sequel, wrap it all up

The OTP OF THE CENTURY 💕

I love Ling and Kuzco, who ever came up with them deserves the Medal of Honor and the noble prize PERIODT

#disney, #mulan, #gif, #be a man, #time to save the emporer
7 notes · See All
littlefairylightsPhoto

“We started this thing together, and that’s how we’ll finish it. I promise.”

i’m eighteen years old and am not ashamed to report that at 00:01 this morning after finishing reading the full chronicles of narnia as a living, breathing adult i promptly

the series (and my irritatingly persistent crush on peter, writers i beg you to write me some peter fics) was my childhood - during hide and seek you can bet your bottom dollar i made like lucy and hid in that wardrobe with the door shut

but for real, it is such a great series which really does what some overrated YA (dw i love them too) try to do - maintains a consistent voice w that sassy third person narrator.

characters are developed and not abandoned (i stan the og dynamic duo bree and aravis from the (heavily underrated) horse and his boy) whilst cs lewis comes back to the awesome foursome from LWW and other characters mr tumnus ! eustace ! caspian !

I guess what i’m trying to say is that i really really really hope Netflix don’t f— up this adaption in the way Disney abandoned the first, in the way i’m kinda scared the new Mulan movie is going to turn out

i love narnia (probs more than i live Harry styles and that’s a lot) so go read it and then we can stan it together :)

Memories of a distant land…

Photography has the power to capture the present immortalising the moment so that when it becomes the past you have something tangible to hold on to.

I wanted to create a moment that celebrated my love for culture, storytelling, and fantasy that whisks you away to another world.

Thank you everyone who worked with me to bring this to life! Blog post and BTS video coming soon! 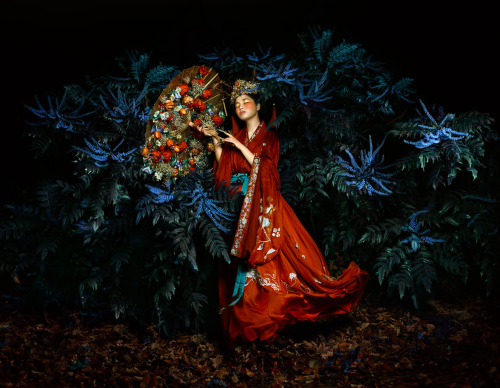